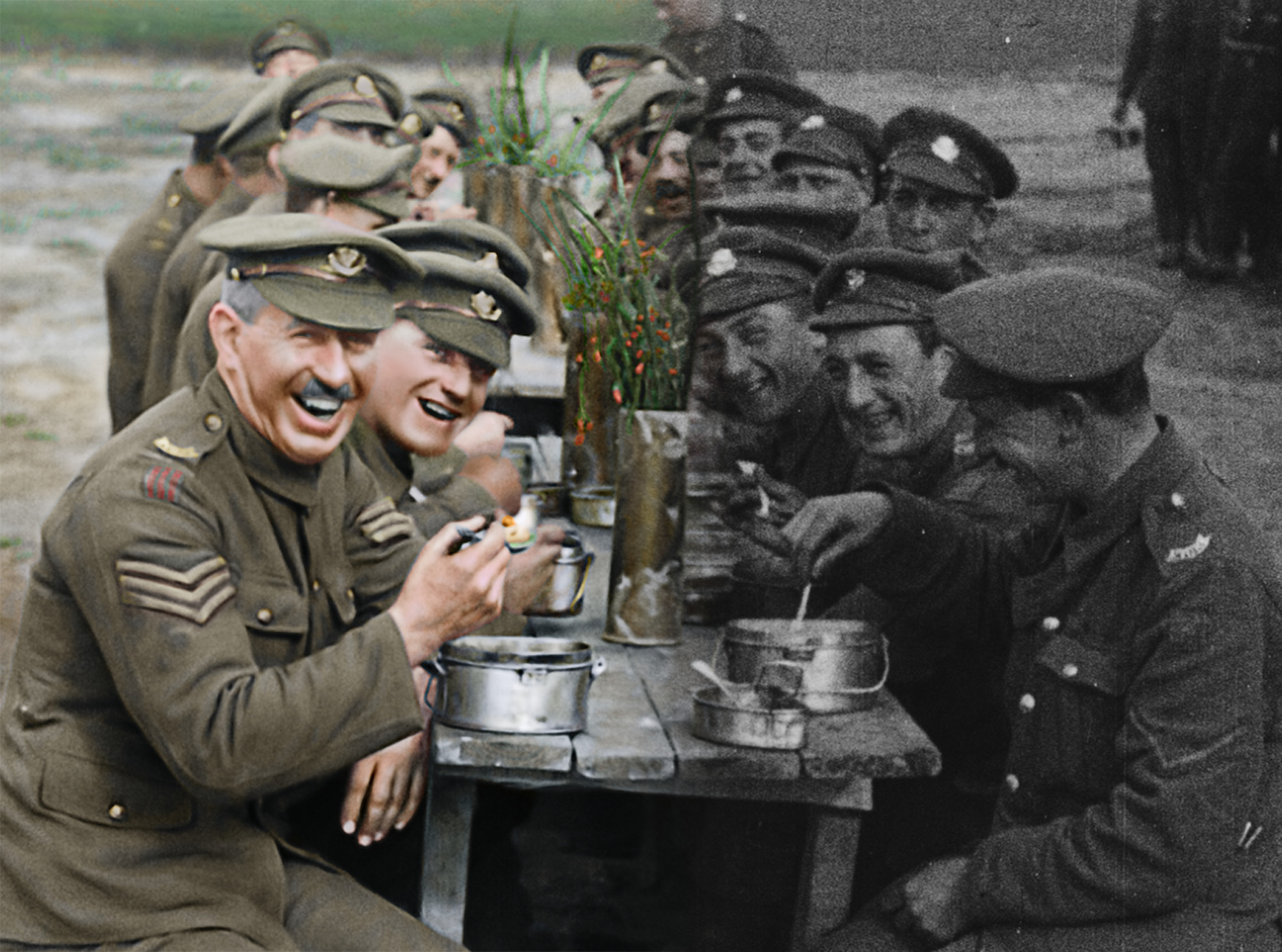 “They Shall Not Grow Old” Review

They Shall Not Grow Old, a film by Peter Jackson tells the story of WWI or The Great War through the archived voices of the veterans and videos of the war. Peter Jackson has taken hundreds of hours of footage and interviews and used them to create a story of the British army during WWI. Not only has he used this incredible footage, but he has also restored it using the latest technologies. The results are stunning.

The way in which Jackson chooses to tell the story is incredibly moving. By combining the actual footage with the voices of the veterans who were there, we get an unprecedented look into what The Great War was like for the servicemen. This combination makes the film incredibly personal and moving. Their individual stories reach out to the audience in a way that has never been captured in a book or film before.

The restoration is stunning; it almost seems impossible to bring these images to life. They are over 100 years old, and the coloration and restoration make these men come alive and feel so real to the audience. Seeing the small little movements or mannerisms as they clean their shoes, walk about the camp, or even sitting in the trenches. The way in which the film was restored gives us a glimpse into the horrors of war and the fear these men must have faced. In one scene, there is a group of soldiers waiting for a bombardment to stop and you just see them staring into the camera, and you can almost feel their fear, and it is so plainly plastered on their faces. It is remarkably personal. In one scene, Jackson fades to black and lets the terrifying sounds of war fill the theater. From the sounds of bullets whizzing through the air and the sound of them hitting a piercing a body, it leaves the audience with nothing to see but elicits a tiny bit the fear and terror that the servicemen must have faced.

Not only are we given a view into the personal perspective on the war, but we are also presented with the gruesome nature of war. Jackson doesn’t seek to sugarcoat or lightly tread on the topic of war, he presents it fully and wholly as it is, a horrifying event full of death. We see the dead bodies as they rot with their limbs all twisted about. We see the coloration of decomposing bodies that have been there for days, unable to be buried.  He even touches upon the issue of sanitation on the front lines where soldiers were essentially living in their own waste for days at a time.

While this film isn’t an easy watch, it is one that demands to be seen. A groundbreaking and intimate look into the Great War gives the audience a chance to reflect and remember the greatest generation, many of whom paid the ultimate price. They Shall Not Grow Old is extraordinary filmmaking and like nothing you’ve ever seen, bringing the horrors and reality of war to life from actual footage and interviews of veterans. Their voices telling the story that only they can tell; one of bravery, heroism, fear, and strength.

If you’re looking to see this fantastic film in theaters, Fathom Events has partnered with Warner Bros. Pictures to bring it to movie theaters across the U.S. on Monday, December 17, with an encore presentation on Thursday, December 27. The film is presented in 2D and RealD™ 3D, and tickets go on sale on Friday, November 16, at www.FathomEvents.com and participating theater box offices