Shook is the latest small-scale horror-thriller flick to drop on Shudder. It comes from writer-director Jennifer Harrington and focuses on online “influencers” in the framework of a cat-and-mouse thriller. While Shudder has been bringing more and more original content to their platform, their output has remained hit and miss. Unfortunately Shook represents another miss. At least the streaming site is willing to take risks with many indie horror filmmakers though.

Harrington’s film focuses on Mia (Daisye Tutor), an influencer who does makeup videos. She is tasked with watching her sister’s dog while the sister, Nicole (Emily Goss), is away in San Francisco. The two are estranged because Mia wasn’t around much when their mom was dying of a brain disorder.

Mia’s night starts off easy enough while watching the dog, Chico. She does get annoyed with her friends though, who want her to come hang out. Soon her night is flipped when someone keeps calling her and sending her threatening chat messages. Things escalate when it turns out the caller has kidnapped her friends and wants Mia to decide who lives and who dies. 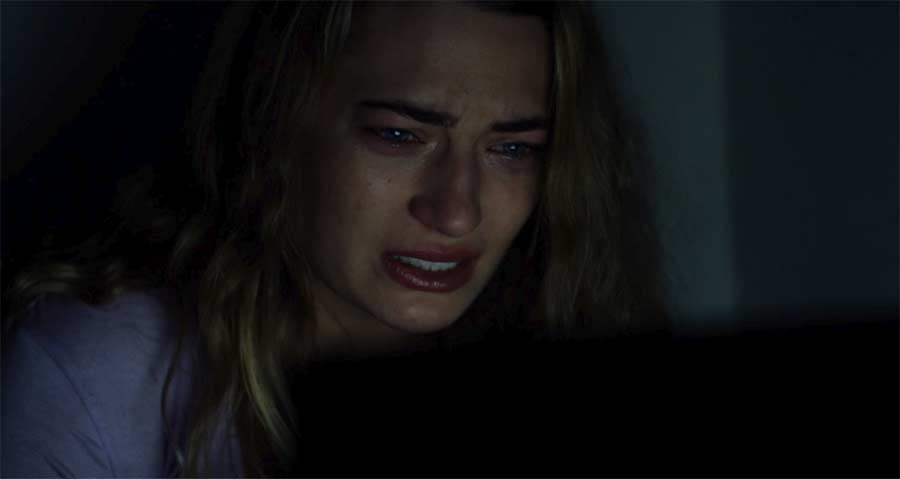 I was somewhat interested in the journey Harrington was going to take me on at first. The film starts with a bloody wink as a victim is killed with a high-heeled shoe. The hot pink credits then come in as the Chromatics cover “Girls Just Wanna Have Fun.” There’s also a great moment of influencers on a “red carpet” early on where they are being photographed while talking to fans on their phones. The close-ups make you think they are a big deal until the wide shot reveals the camera flashes are actually lighting tricks and the fan and journalist crowd is only about eight people deep. Silly but decent celebrity worship commentary so far.

Things go downhill fast once we’re stuck alone with Mia and the dog. The whole thing plays out like a modern version of the opening to Scream (1996) but not done well. Mia spends a lot of time on the phone with people or texting them as the killer makes her play his games. Tutor is a fine actress and is up to emotional exploration in Shook, but Mia makes too many idiotic decisions to root for her despite her gradual transition from being shallow to involved. I mean, this is a character who simultaneously breaks her own leg with a baseball bat while texting a rideshare service.

Harrington resorts to using a lot of split screens with people typing in one frame and their facial reactions in the other frame. There’s also flashy editing that jumps to pictures of Mia and her friends on media platforms randomly; all of them are annoying Generation Z characters. These social media visual techniques are fine in films when used sparingly, but here they are overdone seemingly because Harrington has nothing interesting to show us in Nicole’s house setting.

The only cool visual idea is when some things are projected behind Mia on walls as she sees them on the laptop monitor. It allows us to see Mia in wides and her POV all at once. It’s nifty, but it also wears out its welcome. 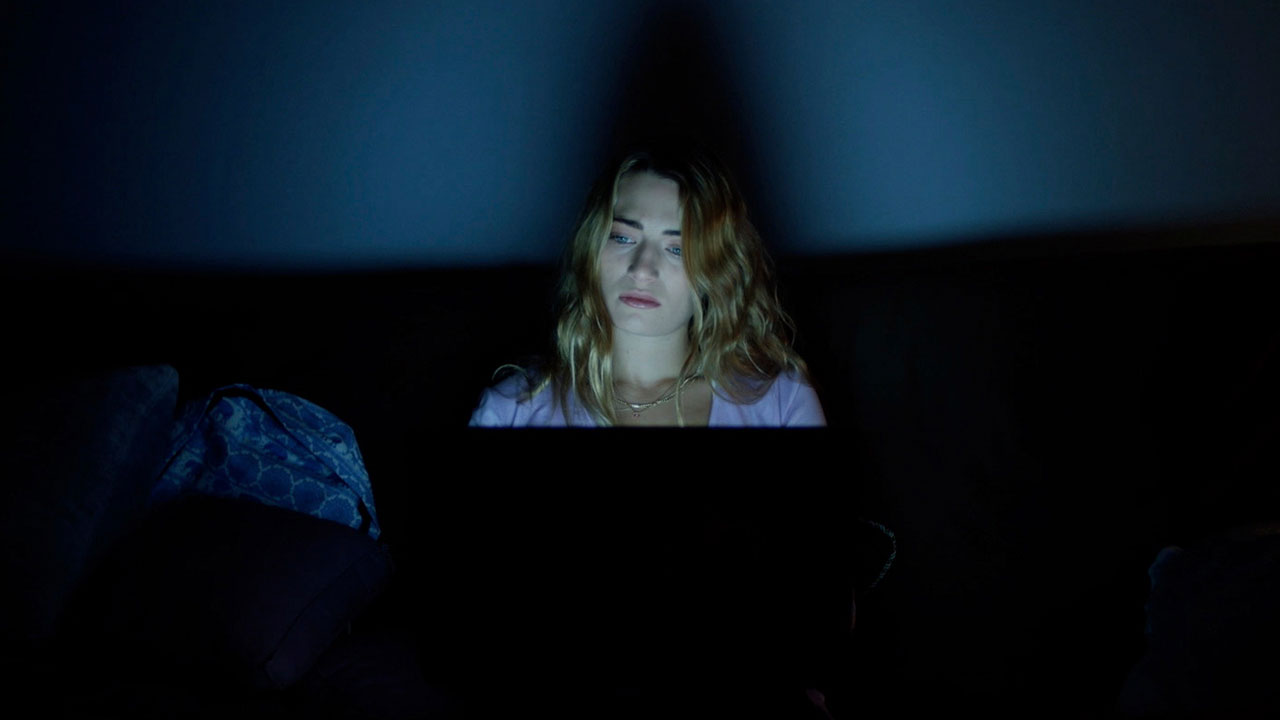 Worse than the visual repetition in Shook is the music and sound design. Johnny Jewel, a great musician, provides a few electronic tracks that work well. The rest of the music score is completely overbearing. There are also myriad stinger noises that accompany major images and actions as Harrington relies on them to try to make us shocked. It comes across as more laughable than jump-worthy.

There’s some interesting points Harrington is trying to make with Shook, such as the differences between real personalities and online personalities. They are lost in the clumsy script and glossy but empty filmmaking style. The shots of torture aren’t even effective because they are so weak in their staging and quickly cut away from. Some sharp bits of satire towards the end also come too little too late, while the “big story twists” aren’t too surprising.

The opening sequence, Tutor’s strong performance, and a few visual gimmicks in Shook work. Sadly, nothing else really does in this influencer thriller with zero thrills. Hopefully Shudder will start delivering more original films that actually shake us. 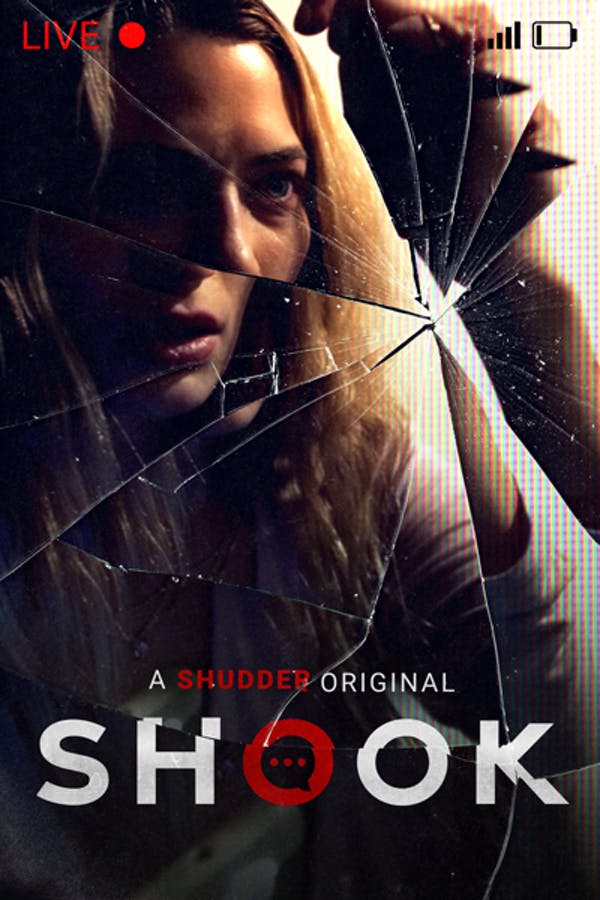