One of the best films of the year that barely anyone will see is Short Term 12. The indie drama has had strong word of mouth from those who have seen it, but it hasn’t gotten the wider release it deserves. I can only urge people to seek it out if it happens to sneak into a theater near them.

12 drops us in the life of Grace (Brie Larson), a woman in her twenties who works at a foster-care facility for at-risk teens. One of her co-workers is Mason (John Gallagher, Jr.), a fun-loving guy who also happens to be her boyfriend. The two struggle to both help the kids and maintain a relationship at the same time, though they love their work and each other.

Surrounding Grace and Mason are a variety of other colorful characters, from a boy named Sammy (Alex Calloway) who is obsessed with dolls to Nate (Rami Malek), who is the center’s newest employee. There is also Marcus (Keith Stanfield), an intense kid who is about to leave the facility, and Jayden (Kaitlyn Dever), a new arrival with whom Grace has a connection with.

What makes 12 so special is its navigation in portraying its characters and its balancing of emotions. All of these people are flawed, yet they are interesting and we come to root for them. By the finish, there are at least six characters that are really well-developed and hard to let go of.

This is the accomplishment of writer-director Destin Daniel Cretton, who based the film on his 2008 short of the same name. Cretton perfectly finds the sadness and warmth of a foster-care facility without ever shoveling on easy-way-out melodrama or sentimentality in the writing. He instead finds the right subtle touches of humor, honesty, and humanity for his characters, allowing the audience to feel for and relate to them on multiple levels. He perhaps adds on a bit too much near the end (stretching the believability in a couple of moments), but 90% of the writing and directing from him is exceptional.

For example, a film like this could just go from point A to point B as a basic feel-good film with its script. But Cretton doesn’t take that route. The film certainly has its feel-good moments, but Cretton also brings darkness and complexity to some of the situations without sugarcoating them; this includes ideas on abortion, sexual abuse, and self-abuse. Even better, Cretton takes the time to set up rich stories for his characters to tell at certain points, acting as a cherry on top to the main storytelling. It all works as a bittersweet, memorable mix.

Cretton’s skills don’t remain on the page, either. He and cinematographer Brett Pawlak provide a specific world for the characters to live in. They capture all of the little details of the foster-care facility — from unique posters in rooms to the cherished items of the children. Joel P. West’s music and Nat Sanders’ editing also make the film pop more, elevating the drama with certain techniques. None of these things ever outdo each other, and none of them try and rise above the characters or story.

All of this would not work without the ensemble acting, however. No one here gives a bad performance, no matter how small the part. Larson, who has impressed in smaller parts in 21 Jump Street (2012) and The Spectacular Now (2013), is a revelation here. The actress brings authentic passion and heartbreak to Grace, disappearing into the part. Gallagher matches her as Mason, delivering tons of funny lines but also rising to the occasion in the dramatic territory. Dever and Stanfield stand out as well, making Jayden and Marcus two kids that are completely believable.

All in all, 12 is a deeply felt, charming film that touches on the struggles of “underprivileged youth” and their advisors in distinct ways. It’s a film that may be lost somewhere during the awards season due to its smaller presence, but hopefully that won’t be the case. It deserves to stand tall with the rest of the greats from 2013. 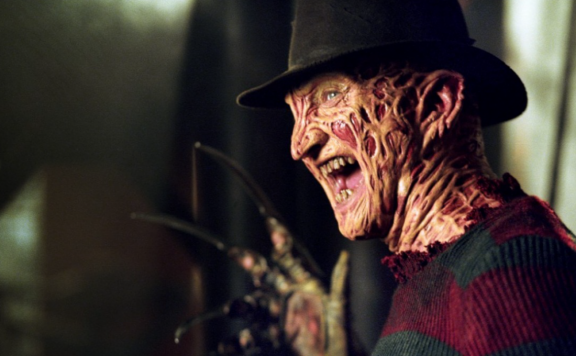 Short Term 12 Review by Daniel Rester              One of the best films of the year that barely anyone will see is Short Term 12. The indie drama has had strong word of mouth from those who have seen it, but it hasn’t gotten the wider...
0
Average User Rating
0 votes
Please sign in to rate.