Illumination Entertainment, Universal Pictures and AMC Theatres today announced a Thanksgiving weekend event for audiences of all ages: “Sing Saturday,” a celebration of free screenings of the new event film from Illumination at 200 AMC Theatres nationwide, on November 26.  From the creators of Despicable Me, Sing—in which Academy Award® winners Matthew McConaughey and Reese Witherspoon lead an all-star cast—arrives nationwide on December 21, 2016.

Tickets for “Sing Saturday” screenings are available on a first-come, first-served basis to the first 200 moviegoers in line at participating AMC Theatres on Saturday, November 26 (10 a.m. local time).  Audiences are encouraged to bring their family and friends of all ages and experience the film Variety calls “a game changer.”  Moviegoers must be in line to receive a ticket for the screening.

“We are so proud that ‘Sing Saturday’ marks the biggest advance-screening program in the history of Universal Pictures and are honored to join AMC as we kick off the holiday season with Illumination’s gift for moviegoers of every generation,” said Nick Carpou, President of Distribution, Universal.

“For the past several years, Sing has been a labor of love for everyone at Illumination, as well as the tireless performers who have poured their hearts into this movie,” said Chris Meledandri, Founder and CEO of Illumination.  “We know audiences of all ages will embrace the heart and the humor of this extraordinary film and can’t wait for movielovers to experience Sing over Thanksgiving weekend, throughout the holiday season and beyond.”

“For AMC movie-loving audiences of all ages who have cooked through Thanksgiving Thursday and shopped through Black Friday, AMC is thrilled to offer a holiday-entertainment treat with Sing Saturday,” said Elizabeth Frank, EVP and Chief Content and Programming Officer, AMC Theatres.

For more information and a list of AMC Theatres participating in “Sing Saturday,” please visit www.SingSaturday.com. 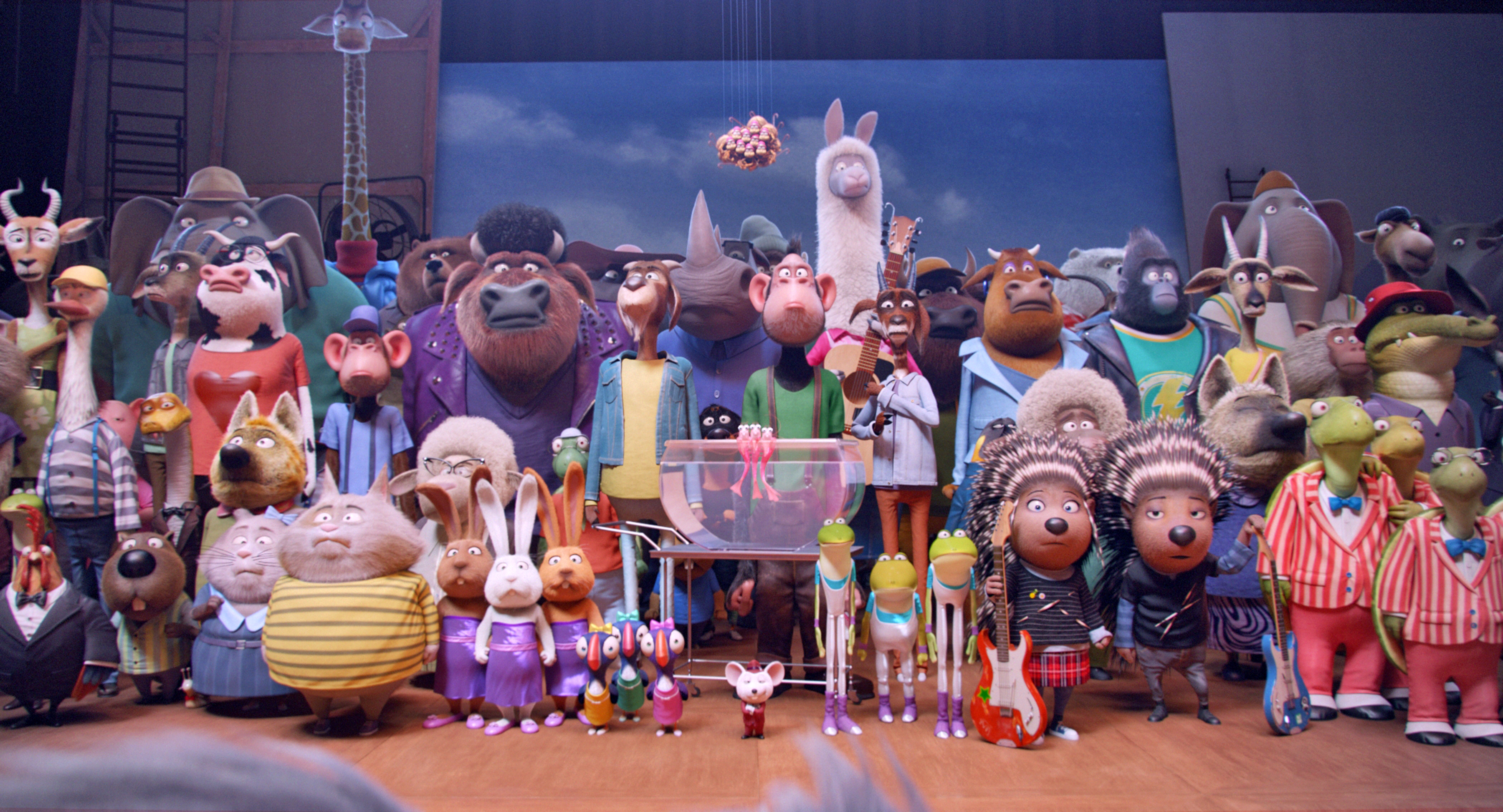 Illumination has captivated audiences all over the world with the beloved hits Despicable Me, Dr. Seuss’ The Lorax,Despicable Me 2 and Minions, now the second-highest-grossing animated movie in history.  Following the release of this summer’s comedy blockbuster The Secret Life of Pets, Illumination presents Sing this holiday season.

With its highly relatable characters, heart and humor, the first collaboration between writer/director Garth Jennings (Son of Rambow, The Hitchhiker’s Guide to the Galaxy) and Illumination founder and CEO Chris Meledandri marks the sixth fully animated feature from the studio.

Set in a world like ours but entirely inhabited by animals, Sing stars Buster Moon (McConaughey), a dapper koala who presides over a once-grand theater that has fallen on hard times.  Buster is an eternal—some might even say delusional—optimist who loves his theater above all and will do anything to preserve it.  Now faced with the crumbling of his life’s ambition, he has one final chance to restore his fading jewel to its former glory by producing the world’s greatest singing competition.

Five lead contestants emerge: Mike (MacFarlane), a mouse who croons as smoothly as he cons; Meena (Kelly), a timid teenage elephant with an enormous case of stage fright; Rosita (Witherspoon), an overtaxed mother run ragged tending a litter of 25 piglets; Johnny (Egerton), a young gangster gorilla looking to break free of his family’s felonies; and Ash (Johansson), a punk-rock porcupine struggling to shed her arrogant boyfriend and go solo.

Each arrives under Buster’s marquee believing that this is their shot to change the course of their life.  And as Buster coaches each of his contestants closer and closer to the grand finale, he starts to learn that maybe the theater isn’t the only thing that is in need of saving.

Featuring more than 65 hit songs, Sing is produced by Meledandri and his longtime collaborator Janet Healy.  Together, they have produced all of Illumination’s films since the studio’s inception.  Released by Universal Pictures, Sing arrives in theaters on December 21, 2016.  www.singmovie.com

Illumination Entertainment, founded by Chris Meledandri in 2007, is one of the entertainment industry’s leading producers of event animated films.  Illumination, which has an exclusive financing and distribution partnership with Universal Pictures, is the creator of the hugely successful Despicable Me franchise, which includes Minions, the second-highest-grossing animated film of all time, as well as Despicable Me 2, an Academy Award® nominee for Best Animated Feature of 2013.  In all, Illumination’s films, which also include the 2016 record breaking The Secret Life of Pets, 2011’s Hop and 2012’s Dr. Seuss’ The Lorax, have grossed more than $4 billion in worldwide box-office revenues and feature some of the world’s most renowned talent.

Upcoming films include Despicable Me 3, starring Steve Carell, Kristen Wiig and Trey Parker, which is set for June 2017; and a newly-imagined version of Dr. Seuss’ How The Grinch Stole Christmas, starring Benedict Cumberbatch in the title role of The Grinch, which is set for November 2018.  In addition, “Despicable Me: Minion Rush” (more than 750 million downloads) has become one of the world’s most popular apps, and Despicable Me: Minion Mayhemattracts huge crowds at Universal Orlando Resort and Universal Studios Hollywood.

AMC (NYSE: AMC) is the guest experience leader with 388 locations and 5,295 screens located primarily in the United States.  AMC has propelled innovation in the theatrical exhibition industry and continues today by delivering more comfort and convenience, enhanced food & beverage, greater engagement and loyalty, premium sight & sound, and targeted programming. AMC operates the most productive theaters in the country’s top markets, including No. 1 market share in the top three markets (NY, LA, Chicago).  http://www.amctheatres.com.