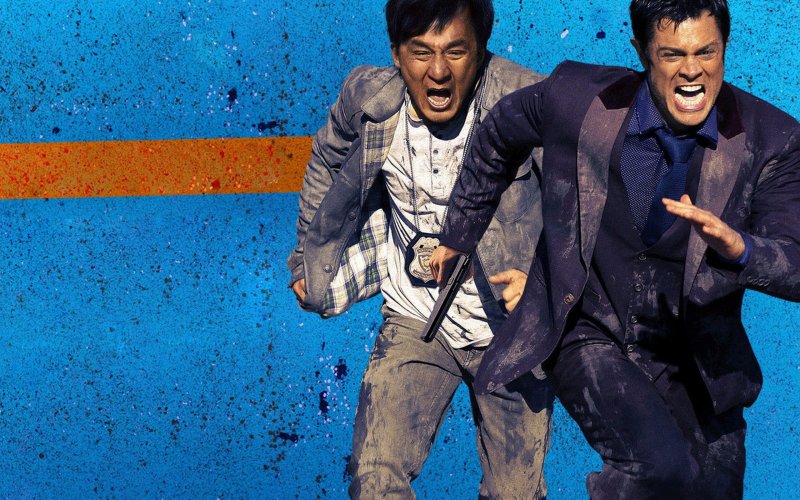 As soon as I discovered Jackie Chan in 1996, with the U.S. release of Rumble in the Bronx, Chan began saying he wanted to do less action. I didn’t want this to happen. Even though I had his whole back catalog of Hong Kong movies, I didn’t want him to stop making new ones. I support Chan doing anything he wants to explore. I have his album. I’ll watch him in a drama. He’s a good actor, but being a good actor does not make him unique. If I want to see good drama, I can also watch Robert De Niro, Charlize Theron or any number of good actors. If I want to see a Jackie Chan movie, he’s the only one making them.

20 years later, Chan did not stop making Jackie Chan movies. He did explore romantic comedy or straight drama, or more serious and restrained twists on his action, but in between, he would keep doing legit Jackie Chan movies like Rob-B-Hood, The Myth, and Chinese Zodiac. Now I feel guilty. He was already feeling worn out 20 years ago, but we got an extra 18 or so full on Jackie Chan movies since then, not even counting misfires like The Tuxedo or The Medallion or dramas like Shinjuku Incident and 1911.

Skiptrace is number 18 on that list of movies I now consider personal gifts from Jackie Chan. Like his best movies, the plot doesn’t matter yet it has one anyway. Chan plays Benny Chan, a rare example of a Hong Kong movie where they don’t just name him Jackie. To avenge his partner, Benny collects American gambler Connor Watts (Johnny Knoxville) in Russia and tries to bring him back to Hong Kong. 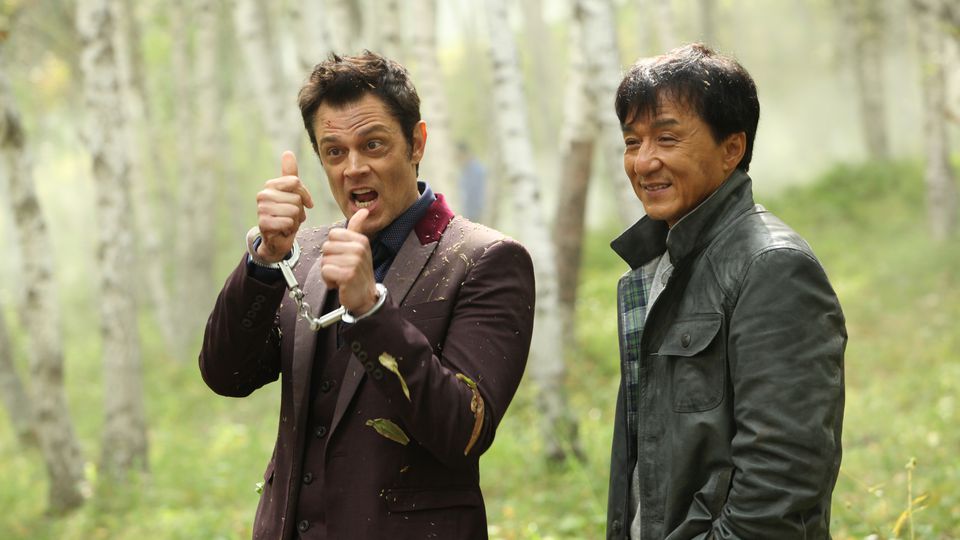 I feel like a dick for noticing that Jackie Chan is a little slower than he used to be, but I mean it purely objectively. If anyone came on the scene moving like Jackie Chan moves now, they would be amazing, and you’d only notice if you’ve been watching Jackie for 40 years. He was already 40 when he made Drunken Master II and then he kept making more! Even now, nobody else moves like him. He’s still graceful and endearingly silly, but I do get the sense that we’re seeing him wind down which is bittersweet. I mean, I’ll never be able to hoist myself up with my legs like he does, so I’ll watch until he can’t stand up anymore, but thinking about how he’s said he wanted to stop fighting for 20 years, it hits me how much extra fighting that is.

Combining Jackie Chan fights with Renny Harlin action seems like it opens a new world for both filmmakers. Chan does a graceful warehouse fight, then tears down the whole dock Renny Harlin-style. Knoxville becomes a prop in a street chase with Rube Goldberg-esque catastrophes piling up. When Knoxville fights, you can tell Chan choreographed the action because he uses his own clothes as a prop, and he learned to kick. Speed ramping seems like something distinctly Hollywood, as does the rock n’ roll music. As I said, I have his album, so I like Jackie Chan’s cover of “Rolling in the Deep.” There are more exotic locations than a James Bond movie and Harlin shoots the hell out of them.

You sort of know the schtick after 40 years of movies. Jackie gets hurt during his fights and mugs about it, and perhaps acts more hurt than ever at this point. Yet when he’s kicking boxes at the bad guys, in the end, show me anyone else who has that grace. You know the formula of the buddy road caper too. They run out of money and modes of transportation, and Connor escapes, and Benny recaptures him. It’s tried and true. 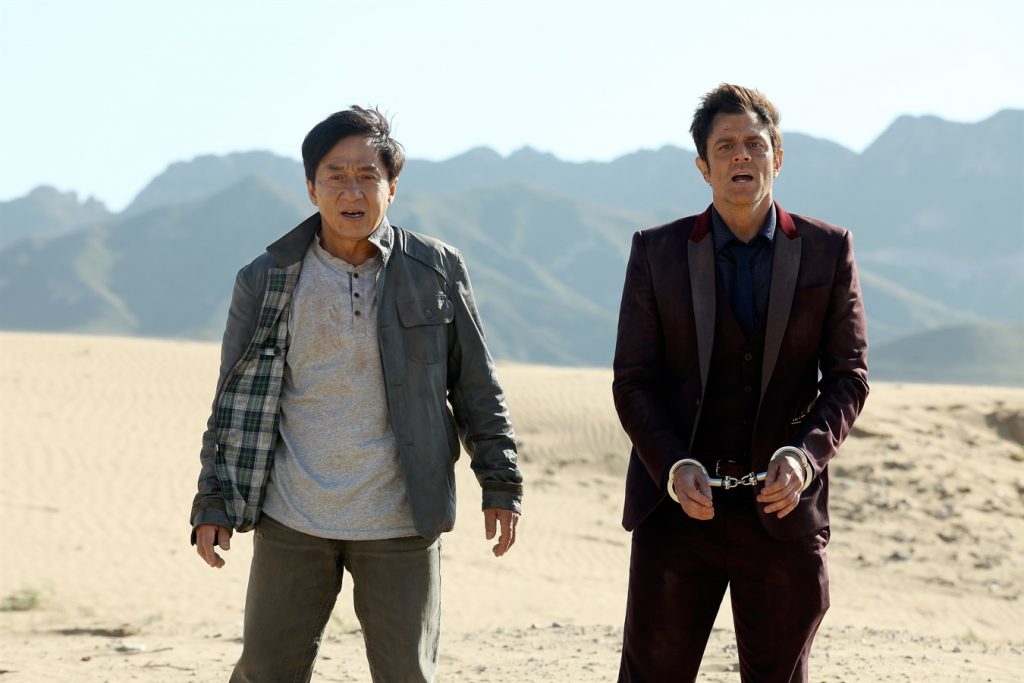 Another highlight is Eve Torres. She is awesome as a villain and simply as a movie star, as WWE performers tend to be consummate entertainers. She’s got the moves in her fights. There’s also a joke about her Double Ds which plays way better than he painfully uncomfortable “nice rack” jokes in The Tuxedo. There’s also a great showcase for Fan Bingbing. Chan always knows how to make his costars look good.

If anyone’s earned a break, it’s Jackie Chan, but if he can keep putting together comedic fight scenes like the ones in Skiptrace I still love them. The long term solution may be for him to choreograph scenes for other actors he discovers, but I bet he’ll be frustrated that nobody else can really do the moves he has in mind, so he’ll end up wanting to do it himself after all. It is also a pleasure to see Harlin find a film industry that seems to appreciate his sensibilities and allow him the forum to explore them. 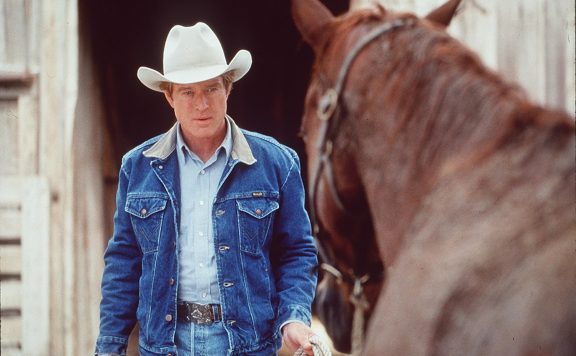 Skiptrace Review: Midnight Rush Hour As soon as I discovered Jackie Chan in 1996, with the U.S. release of Rumble in the Bronx, Chan began saying he wanted to do less action. I didn’t want this to happen. Even though I had his whole back...
0
Average User Rating
0 votes
Please sign in to rate.