There’s a moment in the frequently ludicrous, but heart-pounding Skyscraper in which Dwayne Johnson is standing on the top of a construction crane faced with a deadly choice. He must either jump to the flaming skyscraper that stands a vertical mile in length or be brought in by police for involvement in a crime he didn’t commit. The audience knows what will happen, as there’s no movie if Johnson doesn’t attempt to jump to the other building, but regardless of that exciting payoff, I couldn’t help but think this is terrific blockbuster entertainment.

Johnson has had an impressive cinematic run as of late. Minus Baywatch, he’s placed himself in a position to be a part of projects that audiences will have a lot of fun with. Whether he’s a video game character, a primatologist, or a demigod (twice), Johnson is picking fun projects in the way Will Smith or Tom Cruise had once done in their box office prime. And why shouldn’t things work out for him? People generally like The Rock, and his mission on the big screen seems to be delivering a good time at the movie theaters for audiences.

To make all this possible, Johnson needs to collaborate with the right people. It may not be Hanks and Spielberg, but the actor seems to get along well with a few of his directors, including Skyscraper’s Rawson Marshall Thurber. The two previously worked together on Central Intelligence, and between that film and Dodgeball, I wouldn’t have guessed that Thurber had this kind of movie in him. Given that Thurber also wrote the script, however, things start to line up.

Skyscraper (deliberately) plays like a hodgepodge of Die Hard, The Towering Inferno, and The Fugitive. Thurber grew up watching and loving these movies. Even at a time when various takes on these films, mainly Die Hard, has reached a level well past the point of parody, the concept still feels sound. Johnson stars as Will Sawyer, a husband, and father of two, who’s been hired on as the security advisor for the tallest building in the world, located in Hong Kong. The day takes a turn when Will finds himself a wanted man, while the building has suddenly been set ablaze, with his family still inside.

It’s a stable enough premise that works well with audiences should be expecting. At a briskly-paced 100 minutes, Skyscraper doesn’t suffer from over-plotting and too many unnecessary characters. The tower has just been built and has yet to officially open, so its lack of occupancy reduces the number of civilians to just Will’s family, led by a well-utilized Neve Campbell. There’s also the building’s owner, Zhao (Chin Lan), and the unfortunately bland lead villain (Roland Moller). All of this makes the film refreshingly streamlined, as Skyscraper works best when showcasing Johnson’s heroics in the form of a tough man, under duress, working out the ways to infiltrate and scale a 3,500-foot building.

Sure, the film’s earnestness can make it feel silly and there’s a lack of a clearer cinematic personality to the proceedings, but for every odd choice, there are some clever ones. It’s easy to scoff at the obviousness of certain supporting actors who turn out to be villains or the very 90s high tech gang that helps takeover control of the tower. However, there’s also the choice to make Campbell quite capable. She gets in on the action and does a lot of her own rescuing. It’s the sort of thing where Skyscraper finds ways to feel old fashioned but bring in the right kind of modern sensibilities. Sadly, the one way the film falters in this regard is the lack of more colorful characters in the building to deal with.

Now other directors could take a different approach to the material and perhaps deliver on a higher level, but this film packs plenty of thrills. It helps to have cinematographer Robert Elswit on hand. This man is responsible for filming the most exciting skyscraper-based action sequence of all time (let alone one of the best actions scenes of the past decade period), the Burj Khalifa sequence in Mission: Impossible – Ghost Protocol. While Skyscraper is centered around fictional building and Johnson was not really hanging 100+ stories in the air like Cruise, there’s something to be said for a film that properly builds tension by way of vertigo-inducing imagery and similar types of peril.

To add a higher level of difficulty (and entertainment value) was the choice to give Johnson’s character a handicap. Will’s past found him in an FBI operation-gone-wrong, which resulted in the loss of the lower part of his left leg. This notion gives Johnson an interesting angle to work with, as well as a lot of inventiveness for the film to play around with. That said, it’s not an element over-utilized for gags. The artificial limb has its place in this film, but it is used in a manner that suits the serious but engaging tone needed for a movie like this.

While Skyscraper is not at all air-tight in its logic, as it strains to find new ideas for evil plots in this Die Hard-in-a-building concept (and the fire is more of an inconvenient obstacle than a danger), Thurber, Johnson, and the rest of the cast and crew know how to play everything. Too self-aware and the joke wears thin quickly. Too serious, and the film becomes a straight-up melodrama. There may not be a series of one-liners, but Skyscraper knows how to have fun, while continually delivering on the excitement and requisite drama needed to keep us rooting for The Rock to succeed.

Skyscraper owes a lot to some important forbearers, but still manages to walk (and climb) its own path. It is not particularly deep, but it is the kind of good time at the movies an audience wants during the summer. Even when considering the logic or just how predictable some of the various twists and turns are, this is the kind of film that delivers on Johnson’s image as a reassuring presence in the midst of large-scale entertainment. Given the many franchise films and sequels that have been filling screens as of late, this original-ish adventure gets plenty of praise from me for being the sort of old-school disaster/action film I like to see now and again. It only helps to see The Rock doing it all with one less leg than John McClane. 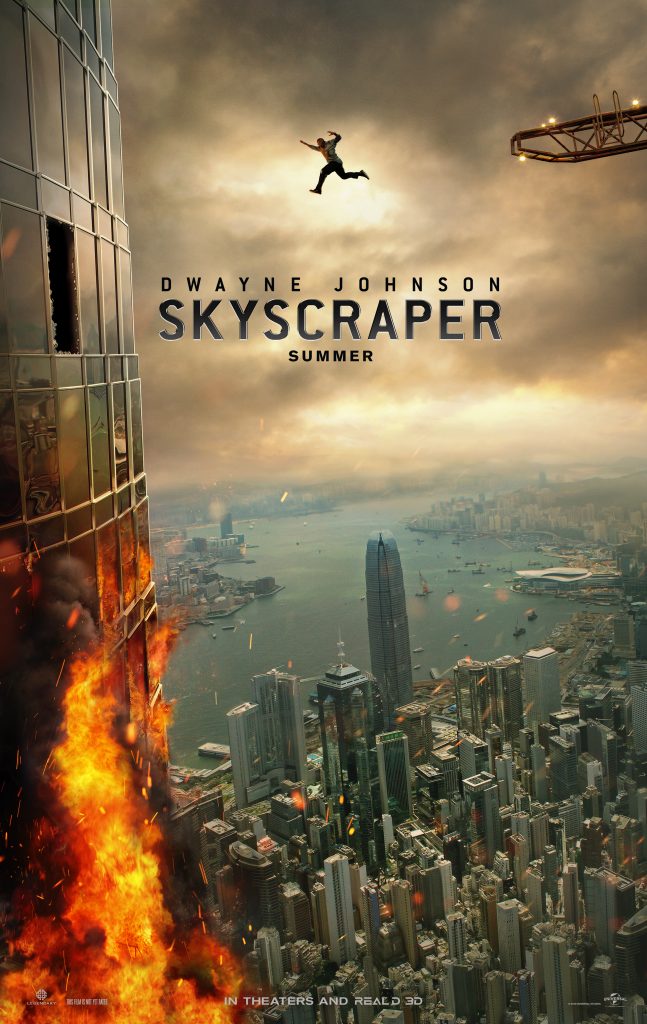 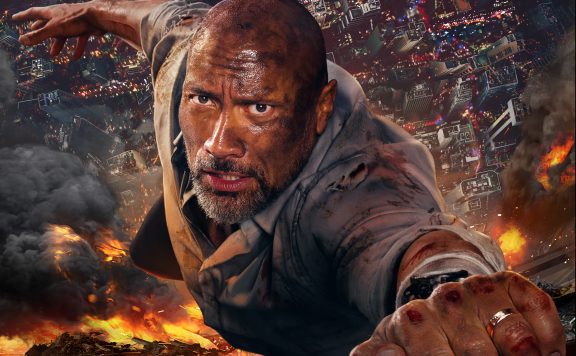 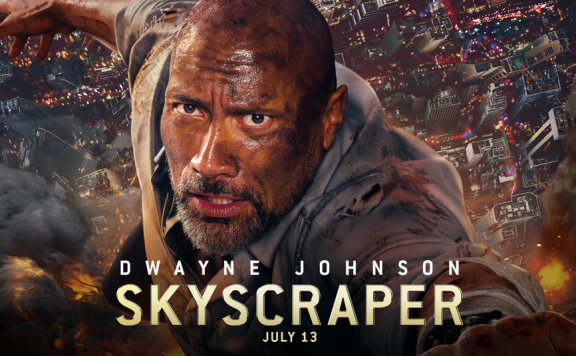 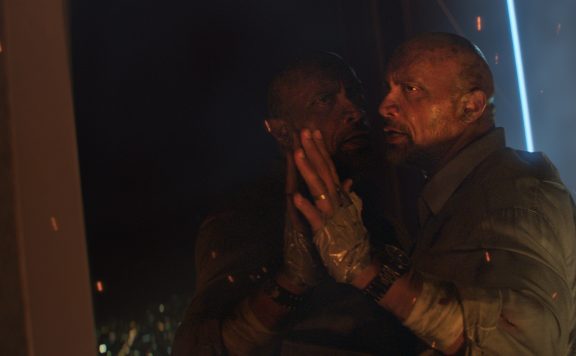