Based on the thought process of “why not” and “he’s a fan-favorite character,” G.I. Joe has returned with a standalone origin story focused on the famously faceless and mute ninja character Snake Eyes. In Snake Eyes: G.I. Joe Origins, we learn plenty about the skilled hero in his early, unmasked, more talkative days, as he’s embodied by Henry Golding and ready for action. The problem is director Robert Schwentke puts a lot more focus on making the plot stand as a little above average while letting the action fall by the wayside. Even with grand production values, when I have such difficulty enjoying a bunch of ninja fights, I have to ask myself, what’s the point?

As stated, Henry Golding leads this film. We learn about his past, which includes a murdered father and being left to grow up on his own. When we first meet Snake Eyes (as he and everyone refer to him), the man is scraping by in underground fights. Given the chance to get vengeance on the man who murdered his father, Snake Eyes accepts a position with the Yakuza, only to eventually find himself siding with the Arashikage ninja clan, where he will train to become the Snake Eyes kids have admired since the 80s.

In terms of plots for ninja movies, this is not the worst of them. It’s actually compelling enough for a good hour when not considering how badly shot and edited the action scenes are. When it comes to martial arts films, there are a few kinds of plots, and this one takes on the revenge storyline and being a film about training to be the best. I enjoyed how it blended both together, putting wrinkles into what to expect when seeing Snake Eyes work his way to becoming better while also having his allegiances tested. 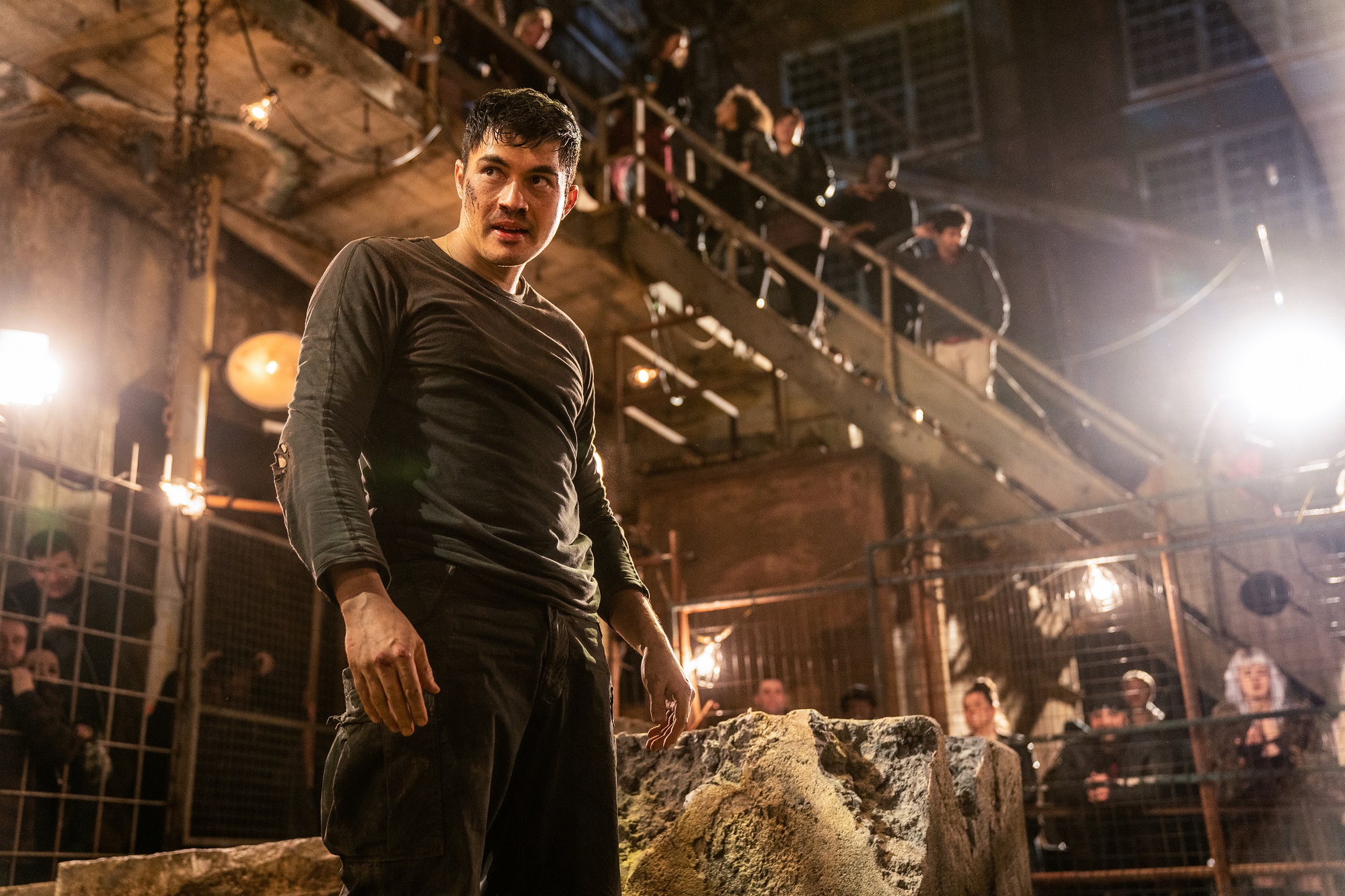 Perhaps this would be more compelling if Golding was a stronger presence. He’s not necessarily bad, as he certainly has a movie star quality to him, but Snake Eyes, even with a face and a voice, is still pretty bland as a character. His ark is entirely predictable just by the nature of the story, but even as we watch his emotional journey, there’s only so much to appreciate beyond his cool poses.

Fairing much better is Andrew Koji as Tommy, a skilled member of the Arashikage clan and the one who will eventually become known as Storm Shadow. With a more colorful part, fun deliveries, and just a better handle in adding something to the action beats, here’s an actor that gets to provide more the viewer can enjoy as far as big-screen entertainment.

The rest of the cast should ideally make all of this more fun. The second The Raid’s Iko Uwais shows up as Hard Master, it feels like an unbeatable warrior is waiting to be unleashed. So, naturally, he doesn’t get much to do. The same can be said for Peter Mensah as Blind Master, the kind of character who gives sage wisdom and shows off a few moves but merely serves as a brief factor in a story that could use more flare. 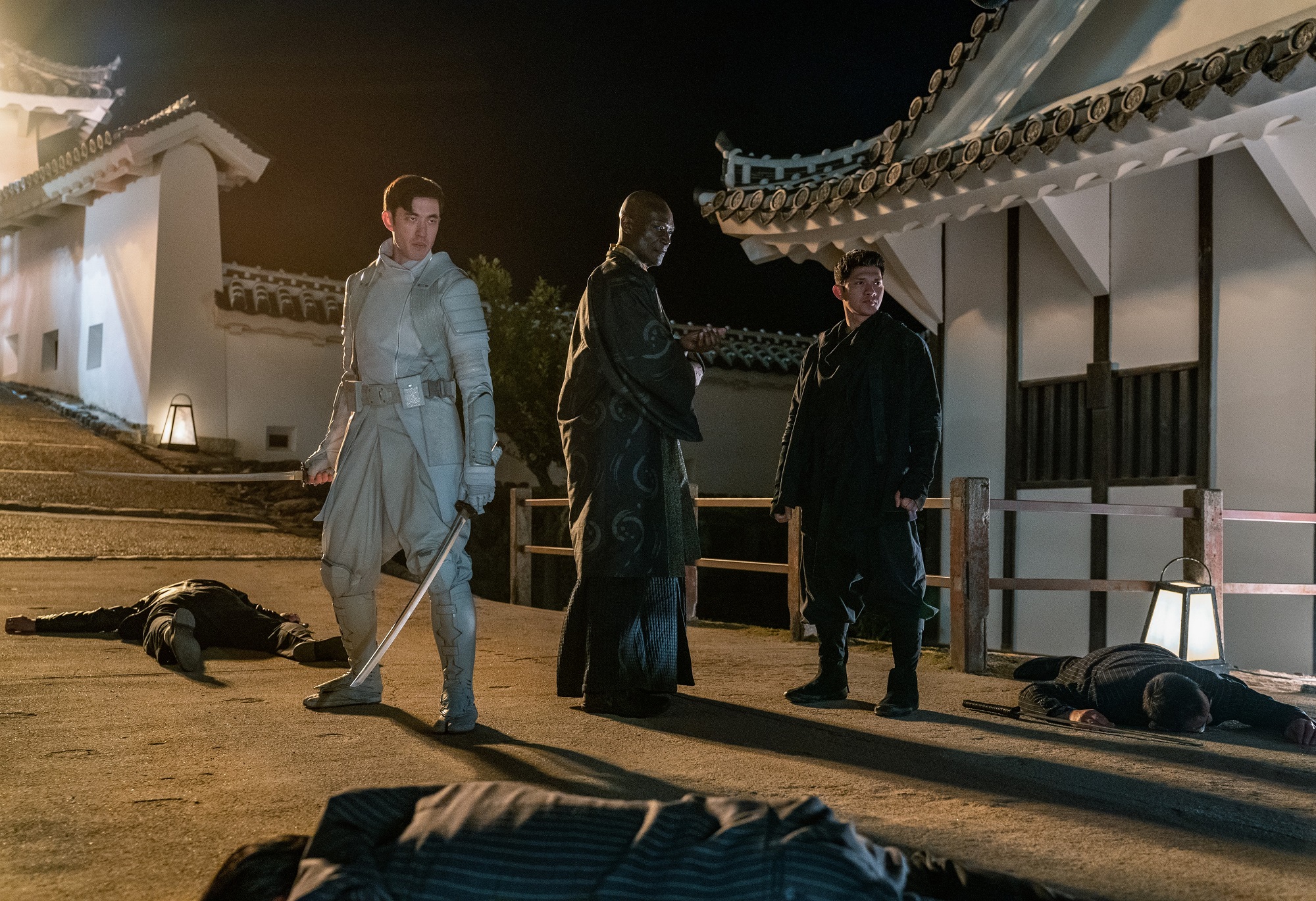 Connecting itself to the larger G.I. Joe universe, Samara Weaving and Úrsula Corberó show up as Scarlett and Baroness. The latter is clearly having the most fun in this film, while Weaving has a lot of unfortunate dialogue that feels like a distracting reminder that we’re watching a spin-off/prequel. None of this means it’s necessarily a bad idea to have a solo adventure for Snake Eyes instead of another ensemble film. I just have trouble justifying its existence when it ultimately doesn’t bring much to the realm of summer movies.

Stephen Sommers entertaining mess of a film, 2009’s G.I. Joe: Rise of Cobra, was a lot of things, but it wasn’t dull. It was big and colorful, and even had time to include a few scenes entirely defining Snake Eyes’ origins (not unlike the few moments of Wolverine flashbacks in X2, compared to the misfire of his first solo film). Snake Eyes isn’t trying to impress everyone with its familiar story and predictable plot turns, but it could at least deliver where it counts – the action.

This film may have big sets, colorful designs, and other aspects to show off its budget, but why are we still getting such bad action scenes? This same studio delivers Mission: Impossible movies, the best action franchise currently out there. Meanwhile, Snake Eyes comes off as a bad Bourne clone from the 2000s. The initial fight scene is delivered with a level of grittiness that made sense to show us who this guy is when we first meet him and how he has to scrape by to win a fight. However, I was quickly shown that this was not simply an element to introduce the character. So much of this film finds the camera ten feet too close to the characters, with only moments of clarity that usually make room for computer-enhanced bits of flipping or swordplay. 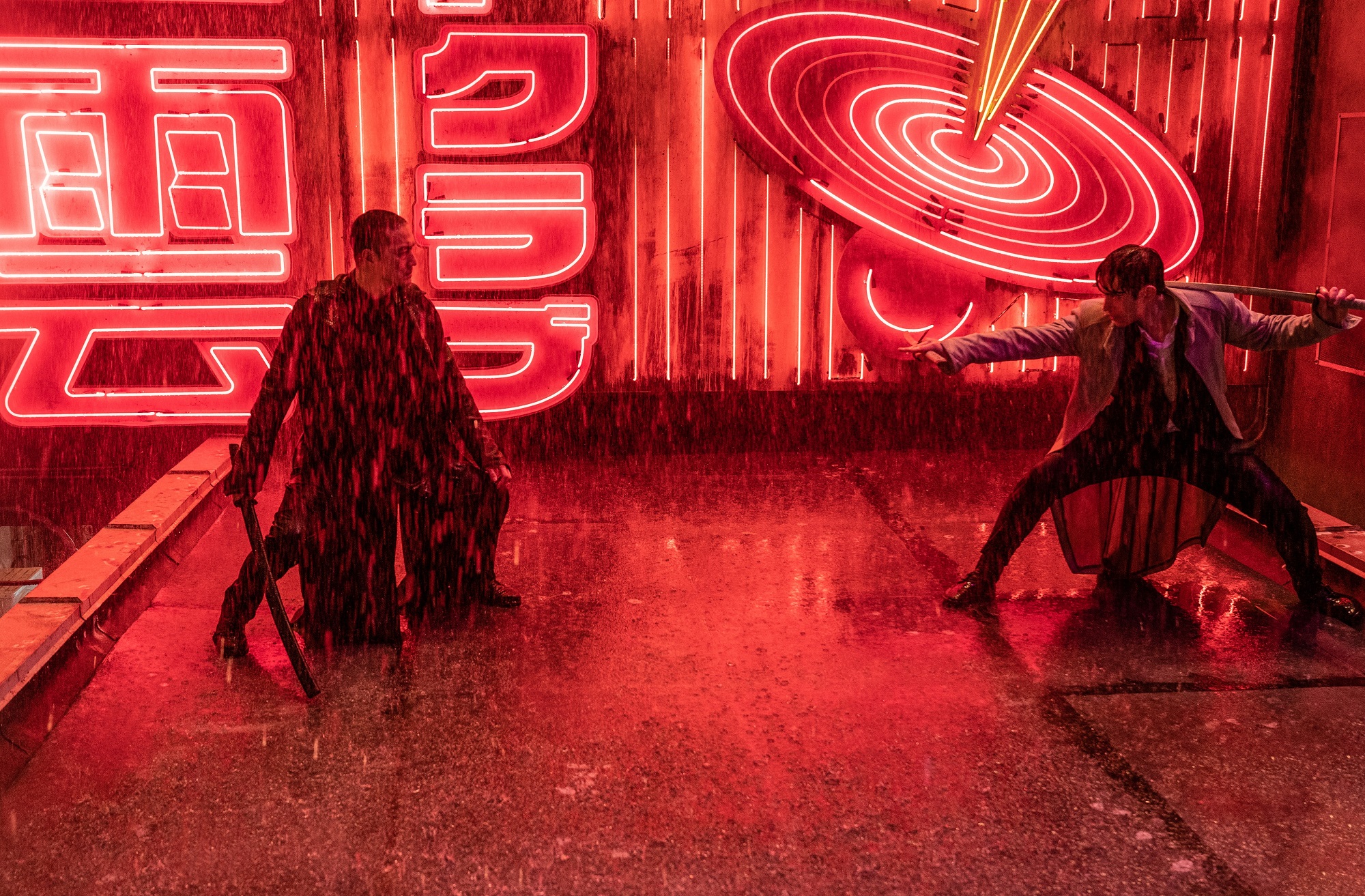 If a movie based around a clan of ninjas cannot deliver good ninja action, I’m not sure what else I should be rooting for. I can’t say this story got me any closer to appreciating Snake Eyes as a character, as I’ve merely learned things that I’ve seen summarized in film before (even if this is a reboot that heads in a different direction). Even as a piece of pulp entertainment, with only so many standout characters, there are not enough offbeat choices or interesting circumstances to make Snake Eyes more worthwhile.

As it stands, while I was willing to give Snake Eyes the benefit of the doubt and be open-minded about stepping back into the world of G.I. Joe, I’m once again better off finding some direct-to-streaming action flicks that may miss out on larger star power but are at least constructed to deliver on quality action scenes. That’s what I’m here for with a movie like this. Real American heroes or not, I’m thrilled for the level of representation on display, but subpar filmmaking isn’t doing much to help the cause. 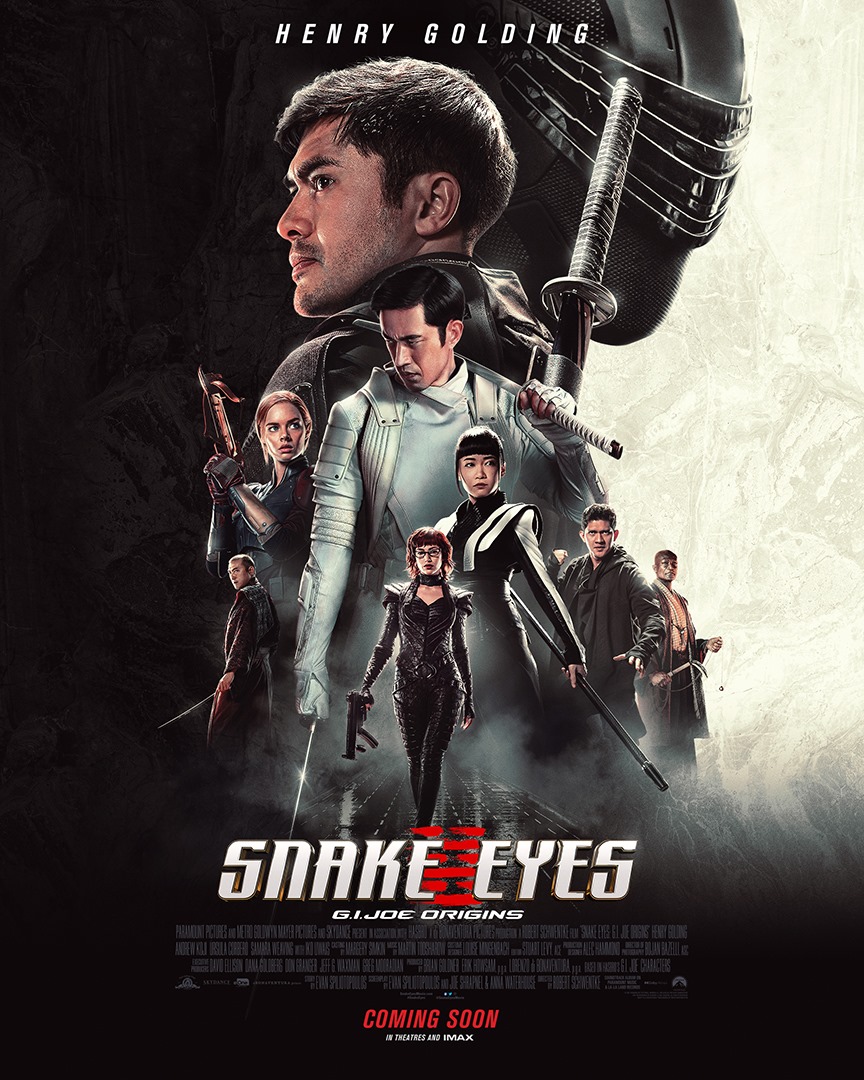 ‘Snake Eyes’ Review: Knowing His Origins Is Half The Battle 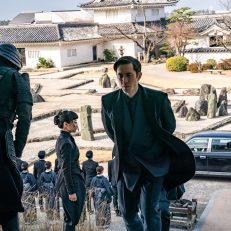 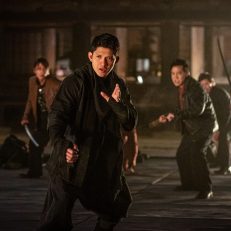 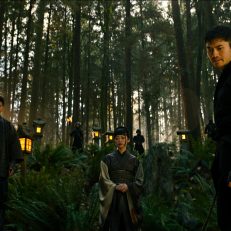 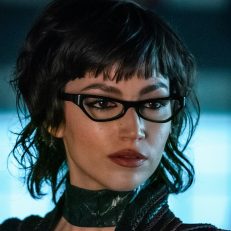 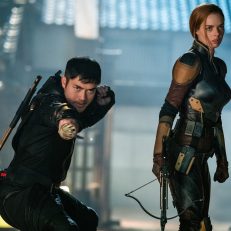 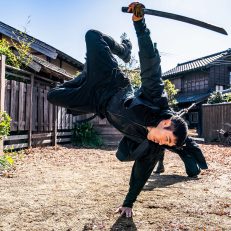 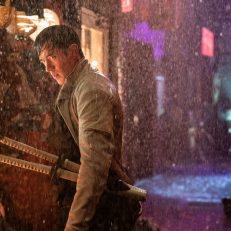 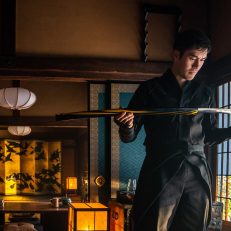