I remember being at CinemaCon in 2019 when Paramount Pictures premiered the trailer for Sonic The Hedgehog. They played two trailers, one that was Sonic focused, which was later released publicly, and an alternative version focused on Jim Carrey as Doctor Ivo “Eggman” Robotnik. The audience, including myself, enjoyed the Jim Carrey trailer a lot, but the reaction to the actual Sonic trailer was lukewarm at best. Many of us in the room wondered why Sonic looked so strange and questioned the thought process behind playing Coolio’s “Gangstas Paradise” in the trailer. In April of 2019, the trailer was released online and was immediately criticized by fans. The reaction was so adverse that it prompted Paramount to delay the film so they could redo the design of Sonic to match that of the video game. A few months later, in November of 2019, a brand new trailer was released where Sonic looked identical to the video game. The film was released in February 2020 and received positive reviews from critics and audiences alike. Sonic the Hedgehog was one of the only films released theatrically in 2020 and became a box office success before the pandemic hit. These factors made green lighting a Sonic the Hedgehog 2 a no-brainer for Paramount.

Sonic the Hedgehog 2 picks up directly where the first film left off. Sonic (Ben Schwartz) is pursuing his dream of becoming Blue Justice while Dr. Robotnik (Jim Carrey) is stuck on the mushroom planet plotting his revenge. I don’t want to go into detail about what happens next because I don’t want to spoil the fun, but Robotnik does get off the mushroom planet, and Tails and Knuckles become part of the story. If you are familiar with the video game, you probably know that Tails and Sonic partner up while Knuckles goes to the dark side with Dr. Robotnik. There are a few plot twists, but I will stop now before I spoil anything.

As someone who grew up playing the Sonic videos games, I can honestly say that as much as I love them, they don’t have much of a story. The games’ plot is pretty straightforward and isn’t as complex as something like Final Fantasy, Halo, or Elder Scrolls. To be completely honest, I am amazed by how loyal these films are to the games and how so many different aspects of the game have made their way into the movie. In Sonic the Hedgehog 2, several key plot points, such as the chaos emeralds and Dr. Robotnik’s flying machine, are featured. These iconic nods to the beloved video game not only made me feel a bit nostalgic but made me feel like the film was made by someone who grew up playing Sonic the Hedgehog and loved those games as much as I did. Unlike many franchises nowadays, the moments of nostalgia aren’t in-your-face but instead feel like little easter eggs that you either pick up on or don’t.

Paramount has been one of the only studios that continue to make movies that remind me of films that I grew up on in the 80s and 90s. Films like Dora The Explorer, Instant Family, The Lost City, Clifford The Big Red Dog, and the two Sonic films all feel like films from another time, and I say that as a good thing. These movies are not trying to reinvent the wheel but instead rely on being fun and character-driven. They remind me of a simpler time, and I think audiences connect with these films because they know exactly what they are, and are highly entertaining. When I was watching Sonic the Hedgehog 2, I couldn’t stop smiling the entire time. The characters of Sonic, Tails, and, heck, even Knuckles reminded me of being a child and having fun with my friends. These two films embrace the childlike state of wonder and joy that we tend to forget about as we grow older. The film is very silly, but plenty of jokes are geared toward adults. Sonic 2 is so lighthearted and charming that unless you are trying to be a debbie downer, you can’t help but get sucked into this world and go along on this fun and highly enjoyable journey with these characters.

In addition to the above, Jim Carrey, as Dr. Robotnik, elevates the film in every way. I realize that this might not be the case for everyone, but I grew up watching Jim Carrey, and just like, Tim Burton, he is someone whose work I have always admired. As Dr. Robotnik, Carrey goes back to his comedic roots. His character reminds me of Fire Marshall Bill meets Ace Ventura but is cranked up to eleven, yet somehow is a lot more family-friendly than those characters. He is the standout because you see his full comedic brilliance on display. Carrey gets to incorporate facial humor with physical humor and does it in a way that no other living comedian can. I cannot picture anyone but Jim Carrey playing this role, and he nails the over-the-top nature and zaniness of the character.

The addition of Tails and Knuckles to Sonic the Hedgehog 2 only adds to the film’s fun. Tails’ personality is wildly different than Sonic’s. Sonic is the ambitious risk-taker, while Tails is more of the calm and nerdy sidekick. The two of them work well together because they play off each other’s strengths and weaknesses. Their friendship, in many ways, becomes the heart and soul of this story. Tails starts off more like a Sonic fanboy, and by the end, the two of them are inseparable. Also, Knuckles is excellent as this badass villain, who, as time goes on, learns more about earth and how relationships work. I also appreciated how the writers allowed these characters to evolve over the course of the film. They are all very naive at first, but as time goes on, they learn valuable life lessons that give them a new perspective on life. 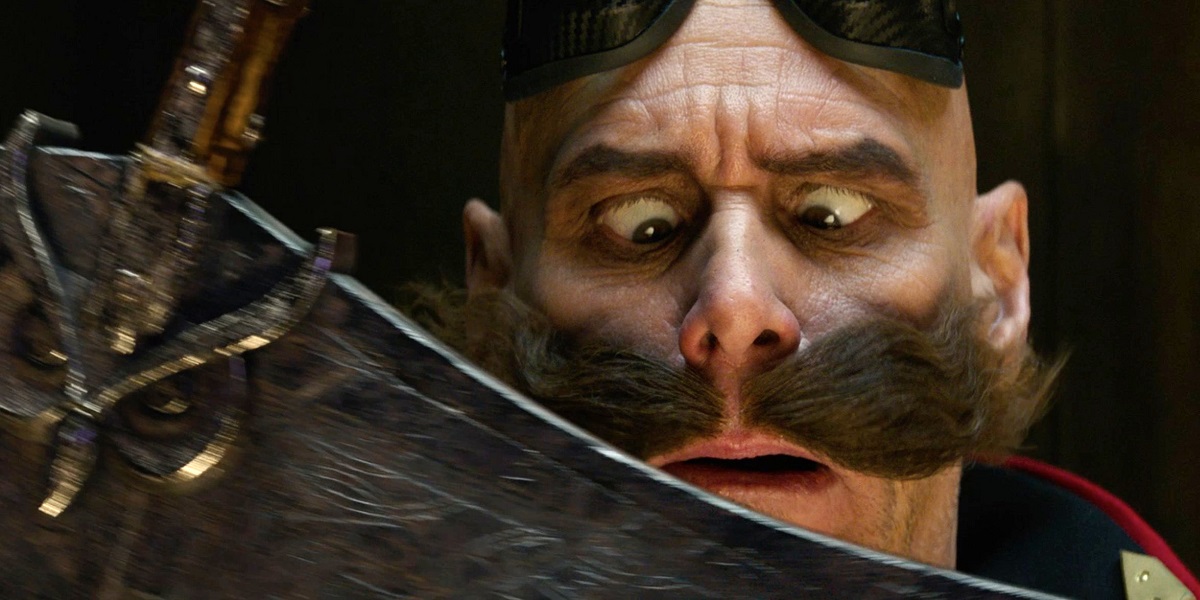 Unlike the first film, which felt more like a buddy comedy between Thomas (James Marsden) and Sonic, this film focuses on Sonic being on his own and finding his purpose. More than half of the film is centered around Sonic, Tails, Knuckles, Robotnik, and Agent Stone. Thomas and Maddie (Tika Sumpter) play a significant role in how the story unfolds, but there is a large portion of the film where their characters are in Hawaii and aren’t on-screen. This is a key difference between the first film and this one. The human characters, including Natasha Rothwell, who is hilarious, probably have less than 20 minutes of screen time overall. This sequel focuses on what fans want to see: the main characters. Whenever they come into the story, the humans bring the funny, but they aren’t as big as players this time around.

A massive shoutout to Ben Schwartz, Colleen O’Shaughnessey, and Idris Elba for knocking it out of the park as the voices of these three iconic characters. I don’t think the industry gives voice actors and those performances enough credit. Seeing how they sounded exactly how I envisioned these characters to sound deserves to be highlighted and celebrated. Also, the costume design and the hair and make-up team, wow, they did an incredible job of bringing different looks of Dr. Robotnik from the games to life on the big screen. The attention to detail in those aspects was second to none.

Sonic the Hedgehog 2 does everything a good sequel should and, as a result, is even better than the first. The plot builds upon the initial story while adding new characters and story arcs. The film feels bigger too, with more locations only adding to the fun and adventure. Jim Carrey continues to steal the show while Ben Schwartz, Colleen O’Shaughnessey, and Idris Elba perfectly bring their characters to life. I never thought I would get this much joy and happiness from a Sonic the Hedgehog film franchise, yet here we are. I honestly can’t wait to see part three. 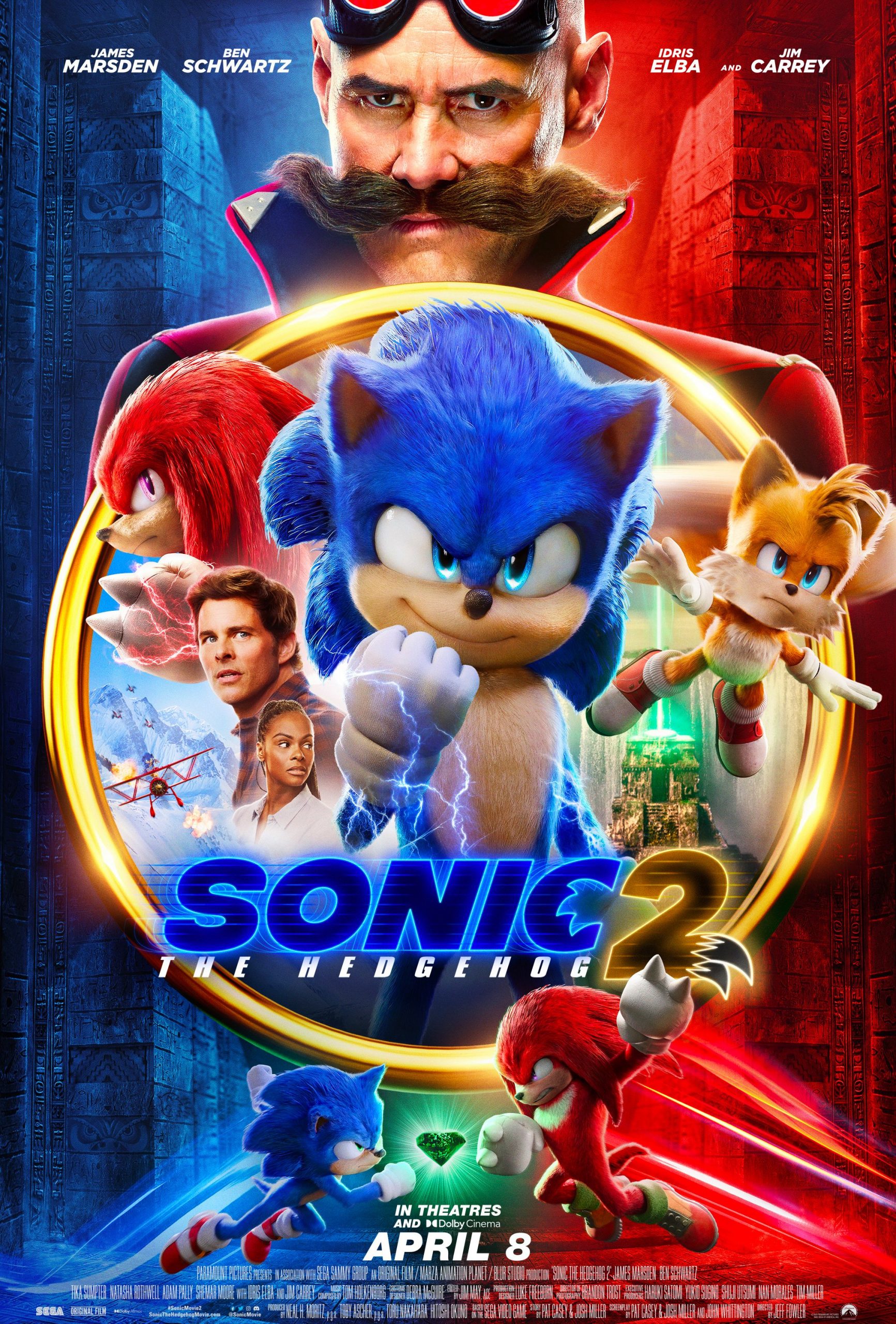 ‘Sonic the Hedgehog 2’ Review: Adorable and Irresistible Fun For Everyone

When the manic Dr Robotnik returns to Earth with a new ally, Knuckles the Echidna, Sonic and his new friend Tails is all that stands in their way. 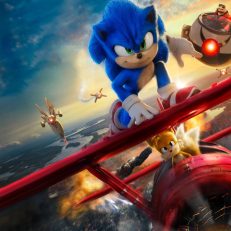 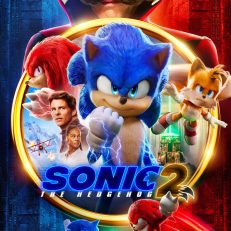 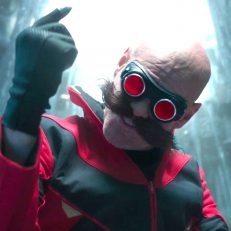 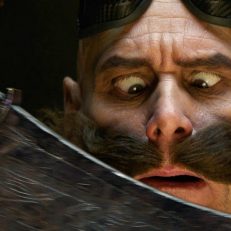 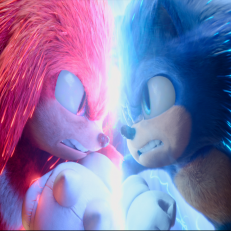 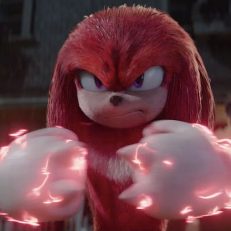