You may not be familiar with the name Paul Raci but after you see Sound of Metal, you will be in awe of his incredible performance as Joe in this film. I say this because Paul Raci’s performance in Sound of Metal is one of the best performances that I have seen all year and is so unexpected. Yes, Riz Ahmed and Olivia Cooke are amazing as well. Their names are also being tossed around for Awards consideration, but that isn’t all that surprising given the fact that they are well known and established. However, the name Paul Raci isn’t one that many know even though he has been an actor for over 35 years. Hopefully, after this film, this will change, and we will be hearing his name more often.

So, a few weeks ago, I had the opportunity to chat with Paul Raci about his career-making performance in Sound of Metal at the film’s virtual press day. I spoke with Paul about what it has been like working as an actor for 35 years, going to Toronto with this film, being an advocate for the deaf community, and what it was like to work with Riz Ahmed and director Darius Marder. As always, you can read my full interview below or watch it by clicking on the video link above.

Paul Raci: How are you doing, man?

Scott Menzel: Good. Man, where have you been all my life?

Scott Menzel: We have to start with that. You’ve been an actor for over 30 years. What was it like to finally get a role this damn good?

Paul Raci: Hilarious. Listen, I know, I move out here after a 10-year acting career in Chicago, come out here about 1990, and I’m relegated to the “homeless guy”, the “desk clerk”, “day player”. 30 years of a day player. Then I read this and go, “Holy… This is my role.” And then I got it. So how important is this to me, to be able to do the craft that I’ve been doing for over 35 years? This is insane. What a joy, what a gift, what a blessing. 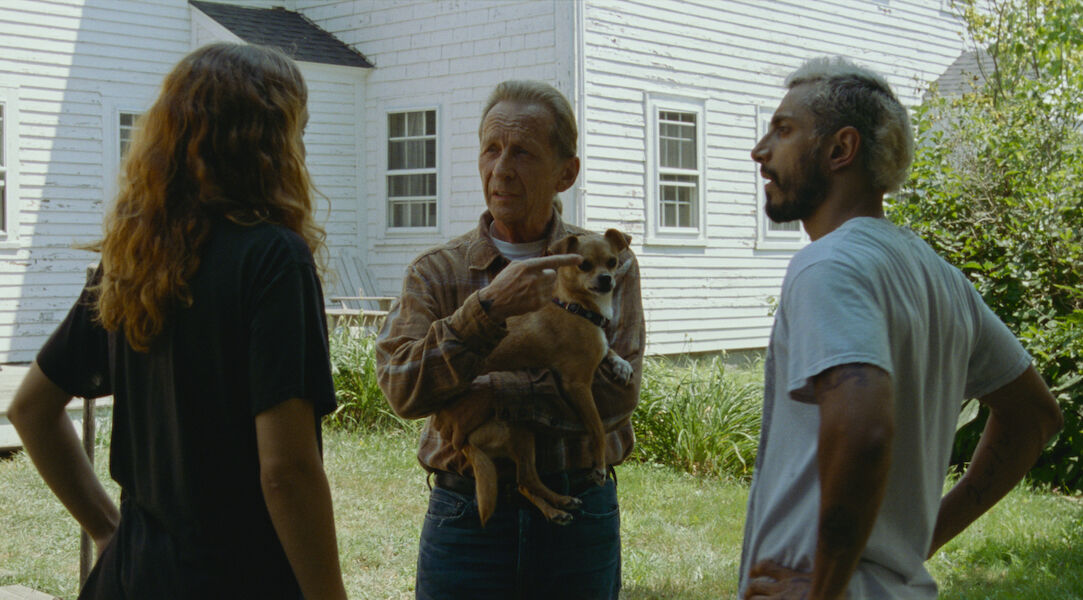 Scott Menzel: Well, how do you feel right now, not only did you get to do that, but now you’re actually in the conversation for awards season?

Paul Raci: Yeah, no, it’s crazy. It’s a dream come true. Don’t make me cry now. No, but it’s a dream come true. I can’t even believe it. But listen, when I was on that set doing this movie, I knew from Riz’s performance to the director we had, the way deaf people were being involved, I knew something grand was happening. I swear to God, I knew it. But did I know that this would be happening? No, I didn’t think that’d be happening.

Scott Menzel: Yeah, no, it’s incredible. And I mean, I told every single person that I talked to today that I regret not getting to see this in Toronto.

Paul Raci: Oh yeah. And that was a great experience to see that. God, at the very last scene, that was powerful. The way the audience was kind of stunned, you could hear weeping. Oh my God. That was a good experience.

Scott Menzel: That’s great. I’m glad so glad to hear that. So, I have to mention my favorite scene in the film. And my favorite scene is the one where you and Riz Ahmed are sitting down and he tells you that he’s going to go into surgery, and then you basically tell him he has to leave. And why I love that scene so much is because I think it says so much about our society today. So many people want to be defined by their disabilities. And you, throughout this entire movie, keep saying a disability should not define you. Can you talk a little bit about that since I know you grew up with that?

Paul Raci: Well, growing up as a little boy, my father and my mother always conveyed to me that the “hearing guy” was manipulating their life. The “hearing guy” has got his hand in my pocket. The “hearing guy”, he’s oppressing me. And then, to grow up and then move out here to California and see the deaf people’s attitude out here was changing. “There’s nothing wrong with me, you have the disability because you can’t sign. I am whole, perfect, and complete. There’s only one thing I can’t do, I can’t hear.” So that attitude was so refreshing that it just leaps and bounds over everything that I experienced as a little boy.

The deaf community grew up and took charge of their own life. And they’re still doing it today, they’re still fighting. Interpreter training programs are mostly run by hearing people. That’s changing. Deaf people are starting to take control of what goes on with them. And I told Darius during the filming, “Remember, the deaf community has one saying, ‘Nothing about us, without us.'” In other words, you’re going to make a movie about deaf people, put some people behind the camera, put some people around the set that know what’s going on so you are doing the right thing by the deaf community. 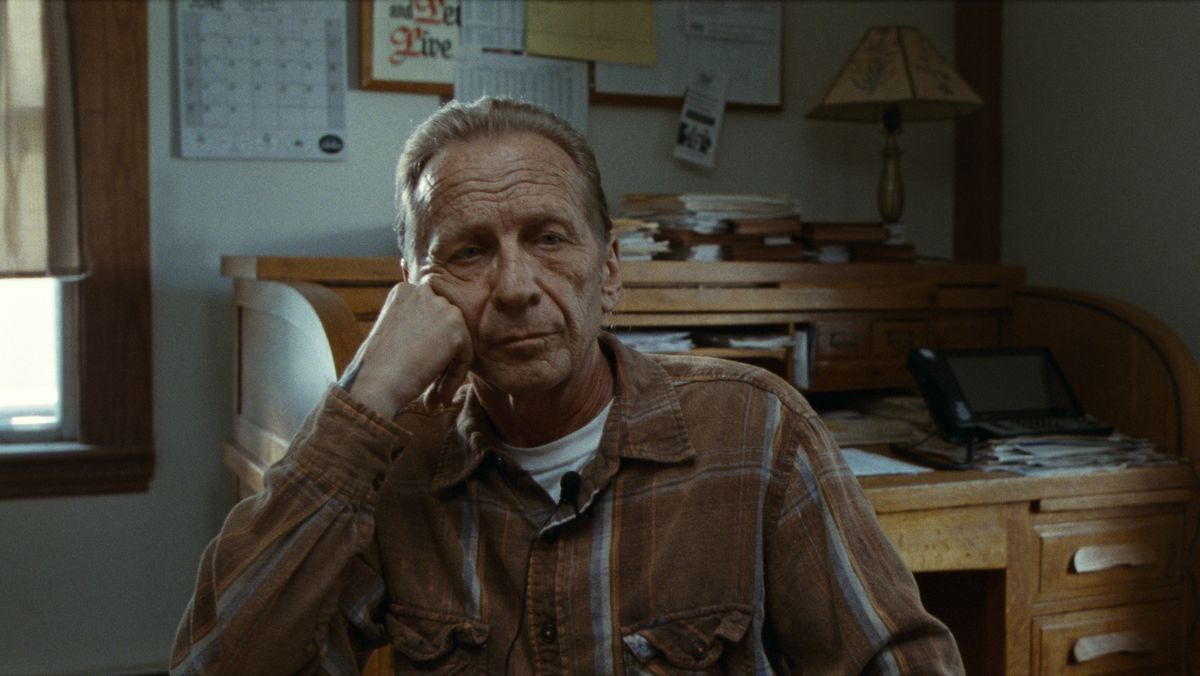 Scott Menzel: ok, my last question, what was it like working with Darius?

Paul Raci: Darius is wonderful. He’s sensitive, he’s got a sense of humor. I just think, for me, he’s a real actor’s director because there wasn’t much directing going on. He cast the right guy. I knew what the guy was about. I didn’t have to dig too deep for it, but Riz brought it out of me, and Darius just kind of oversaw the whole thing. He’s a smart guy. He just knew that he had the right guy for the role.

That’s like 99,9999.9% of your job as a casting director is to get that right guy, then you don’t have much directing to do. So he was a very smart guy. But Riz really touched my heart during the filming of this, to watch him fall in love with the deaf people on the set, for real, to watch him be enamored with all those people. And then our last scene, he breaks Joe’s heart. He breaks his heart.

Scott Menzel: Yeah, absolutely. I loved this movie. I thought everyone was terrific in it, including yourself. Thank you so much for talking with me today and I wish you nothing but continued success, and lots of success throughout award season.

Paul Raci: Scott, thank you very much. I love your glasses. I’m jealous.

Scott Menzel: Thank you so much. Have a great one. 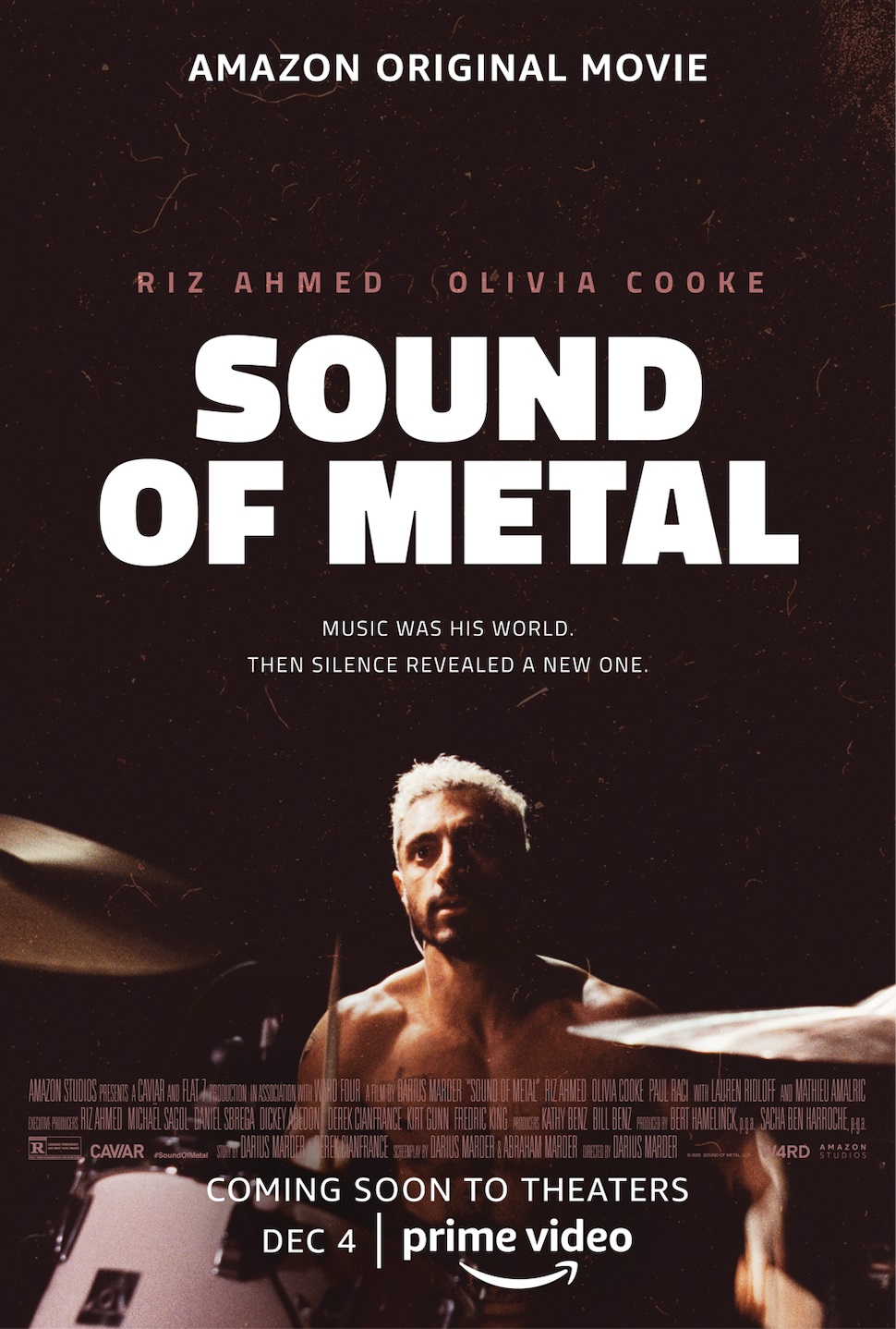 ‘Sound of Metal’ Interview: Paul Raci on getting his dream role and being an advocate for the deaf community

Ruben is a drummer and one half of the duo Blackgammon along with his singer girlfriend Lou. A former drug addict, he is sober for four years. Suddenly, he begins to lose his hearing. His sponsor makes him go meet Joe, who leads a deaf community. With the help from them, Ruben struggles to accept his situation.
0
Average User Rating
0 votes
Please sign in to rate.
Film:Sound of Metal
Cast:Lauren Ridloff, Mathieu Amalric, Olivia Cooke, Paul Raci, Riz Ahmed
Director(s):Darius Marder
Writer(s):Abraham Marder, Darius Marder
Genre:Drama
Studio(s):Amazon Studios
MPAA Rating:R