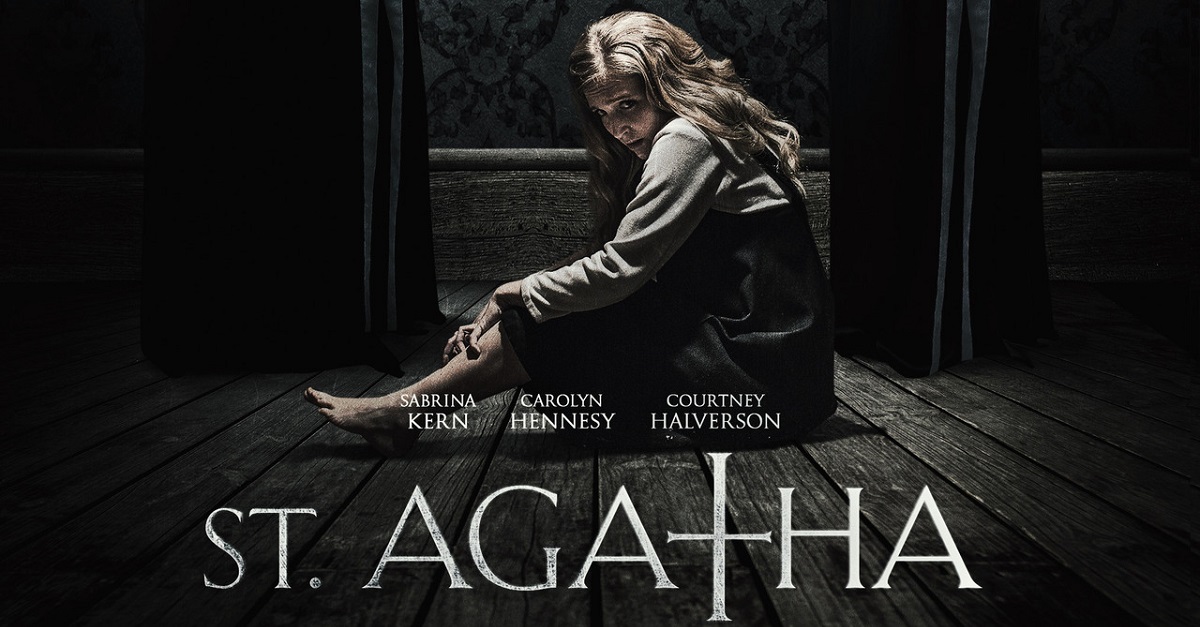 What I love most about horror is the fact that it contains so many different subgenres. What I love most about director Darren Lynn Bousman is the fact that he embraces this. Not content to rest on his laurels as the box office king of torture gore with three top-grossing Saw films, he next went with a brash sci-fi horror musical, Repo! The Genetic Opera. He’s also taken on the underworld, serial killers, haunted houses, and maniacal moms.

With St. Agatha, Bousman delves deep into a subgenre known as “nunsploitation.” While the most-recent thriller in the genus was a thinly-sketched Conjuring spinoff called The Nun, enduring classics include Ken Russell’s The Devils, Juan López Moctezuma’s Alucarda, and the aptly-named Bad Habits (aka, Killer Nun), a video-nasty starring a sultry Anita Ekberg draped in black and white.

When comparing the lesser-known indie St. Agatha to those movies, it’s hard to say how it stacks up. While it does not have the showy special effects and big budget of The Nun, it does have a much more real, more unnerving villain in Mother Superior (Carolyn Hennesy). While it doesn’t have the striking, psychedelic strangeness of its elders, there is a cohesive and often compelling narrative.

Teenage mother-to-be Mary (Sabrina Kern) arrives seeking shelter and finds a seemingly peaceful paradise in which to give birth, but as her past and future collide, she discovers that the universe has big plans for her as the new St. Agatha. And you know what makes a saint, don’t you? That’s right: suffering. 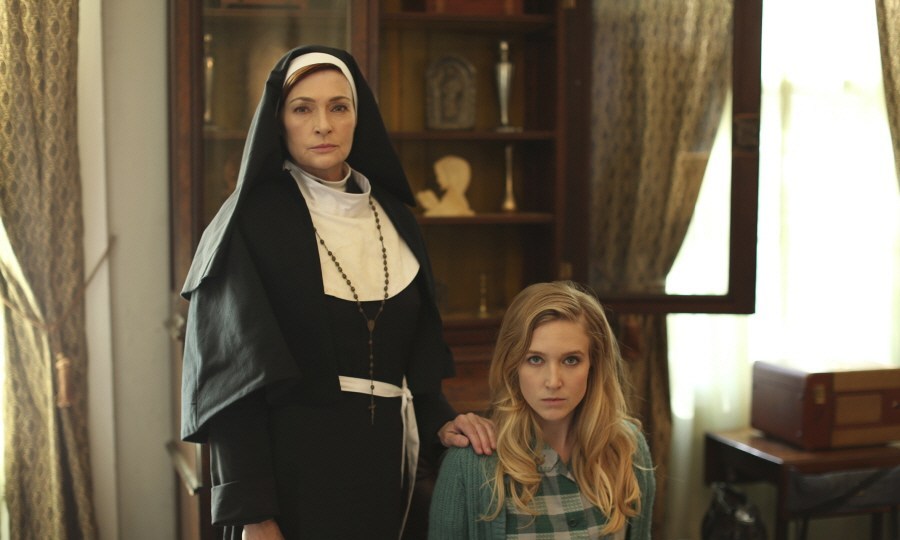 Bousman’s signature sadism is at play here as women are forced to eat vomit, one’s tongue is severed, and others are painfully poisoned. However, the main course is not that of blood—it’s a battle of wills between Mary and Mother Superior. Mary sees the Catholic fold as a resting place in which to catch her breath, regroup and give birth, while Mother Superior sees it as her fiefdom. Heaven helps anyone who breaks a rule or crosses a line—punishment is swift and severe, to say the least. While there, Mary makes a few friends but sometimes it’s hard to tell who’s being genuine. One of the most intriguing of these cryptic young ladies is Sister Catherine (Courtney Halverson), whose scarred face mirrors her scorched soul.

Set in the late 1950s, and taking place within the cloistered walls of the Sisters of Divinity convent, obvious care was taken to make the digitally-shot St. Agatha look and feel warm and hazy thanks to lavish use of grain and fog. Not as much concern was given to the dialogue (a few phrases are uttered years before their time) and the costume designer may have taken a few liberties. But hey, St. Agatha isn’t a documentary and it does succeed in feeling fresh and topical as we watch it in the #MeToo era.

When St. Agatha keeps to the genre at hand, it excels in being a creepy, atmospheric chiller with juicy religious overtones. The base narrative is solid. But unfortunately, the writers (all four of them) insist on revisiting Mary’s past every few minutes, revealing remembrances of her life on the lam with her no-account, criminal boyfriend, on top of flashbacks to an even earlier time of tragedy involving her father and little brother. I don’t mind a little background, but in this case, it adversely affects the pacing of the scary stuff.

If you’re a fan of films like the original Martyrs (mortification of the flesh) and the Suspiria remake (secret ceremonies), you’re bound to want to bow at St. Agatha’s altar of agonies.

St. Agatha is now playing in select theaters and available to watch or buy digital.