Star Trek Beyond Review: The Wrath of Krall 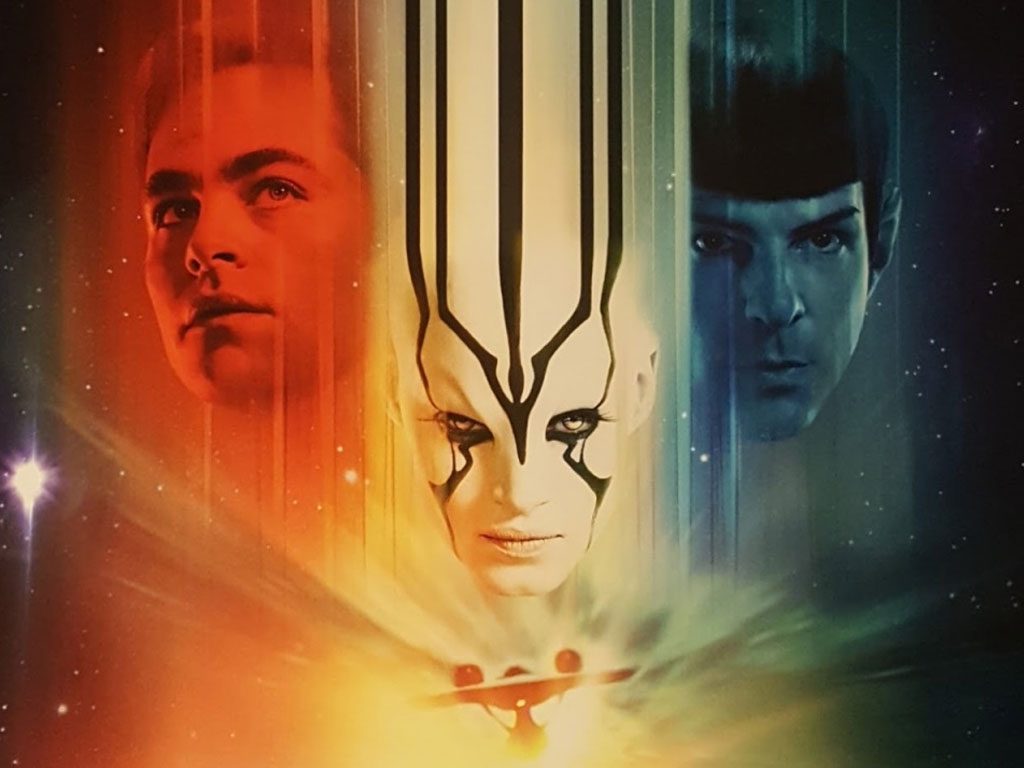 I consider myself a Trekker, but I became a Trekker right about when The Next Generation ended. I had seen the original cast movies but not the series, and The Next Generation pretty much only in movies until the DVDs came out. Then I watched the entire TNG series, though never Voyager, Deep Space Nine or Enterprise. The Blu-rays of The Original Series finally made me appreciate the classic episodes.

What I like most about Star Trek is how it can deal with moral and ethical issues through the extreme metaphor of alien cultures. It doesn’t always do that. Sometimes they just have to escape the Klingons or fight the Borg, but even then they’re dealing with enemies who require them to think of clever solutions that they haven’t already used in previous episodes. I don’t quite see what would appeal to Trekkers even more committed than me about Star Trek Beyond.

Krall (Idris Elba) is just a bad guy who wants to kill people. This is good enough for your standard action hero vehicle but it feels beneath a series with a history of bigger picture stories and themes. With the power to feed off the life force of his victims, Krall even reminded me of the villain from Star Trek: Insurrection, easily among the weakest of the films. F. Murray Abraham was trying to stay young, but even he had a bigger plan to displace a people living on a fountain of youth. By the time they explain Krall’s backstory, it’s too late to feel like he’s motivated when the whole movie has just been stuff blowing up. It almost feels like retconning an explanation after the fact. 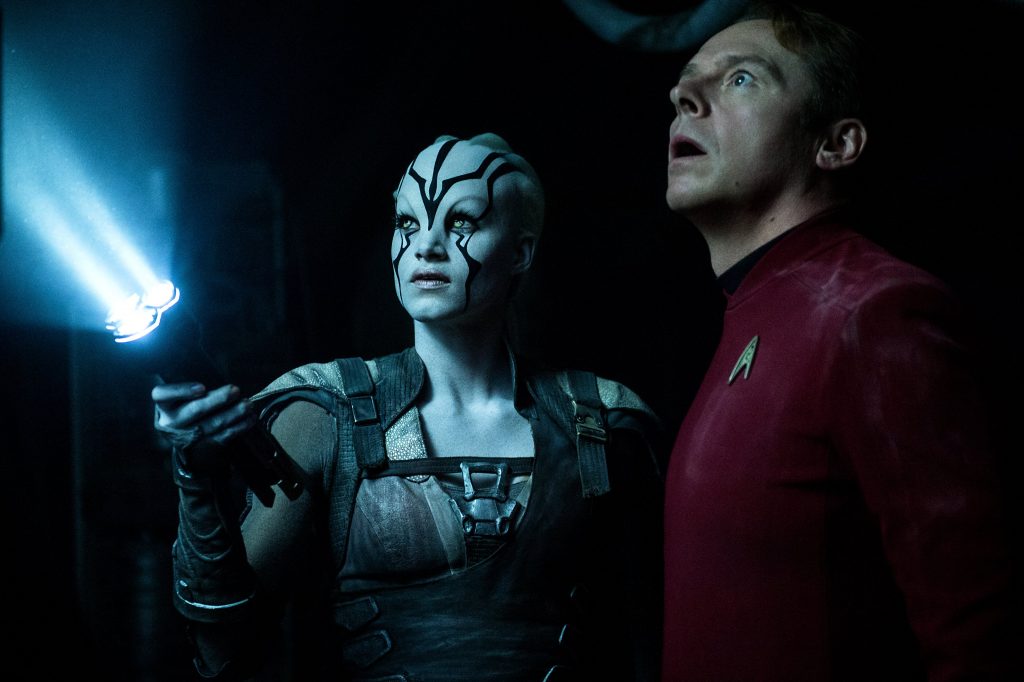 This seems to be the only story the new Star Trek knows how to tell. You’ll remember John Harrison’s plot in Star Trek Into Darkness was just to bomb Starfleet. There’s more to this world than terrorist bomb plots. At least in Star Trek Into Darkness it led to a creative retelling of a classic Trek story. I understand why Trekkers wouldn’t want to see a remake in only the second adventure of the new cast, but at least it’s a clever twist, albeit a misguided one. Star Trek Beyond is just a noisy and cluttered spectacle.

They destroy the Enterprise for the umpteenth time in a sequence that’s so busy it’s hard to follow what’s going on. The simpler crash sequences in previous films were far more effective. The penultimate action sequence is juggling so many disparate threads that it feels like a mishmash of partial scenes. I was surprised there was still another finale after that, and the finale manages to turn Star Trek into a music video. So Michael Bay has won. Every movie has now become a music video, even a legendary science fiction franchise.

The physics are a consistent problem. Director Justin Lin plays with orientation and it doesn’t work. Things are sideways and perpendicular and the audience can’t tell where we are. Perhaps that is how disorienting space would really be, but probably not since, you know, NASA managed to deal with it for dozens of space missions. We’ll see if Doctor Strange can make it worth but when Inception folded a city on top of itself, there were consequences for it so it paid off. Even The Matrix had rules for how much they could bend the world. Star Trek Beyond doesn’t establish geography or physics for its folded city. 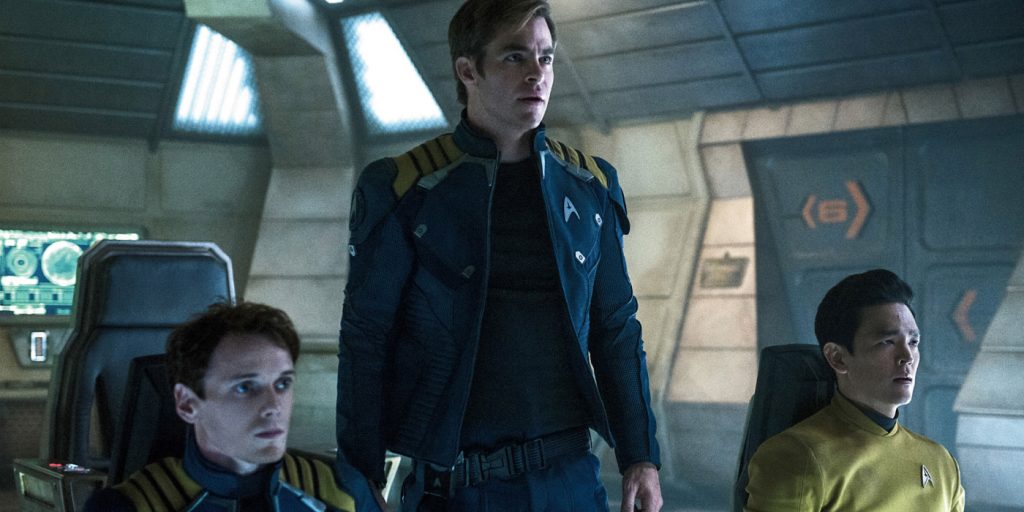 There is a little good in Star Trek Beyond. Pairing Spock (Zachary Quinto) and Bones (Karl Urban) is brilliant, although I imagine pairing Urban with anyone would be brilliant. For all the busyness, one moment of quiet is allowed between Kirk (Chris Pine) and Bones. Spock Prime is addressed and it’s nice that Leonard Nimoy made it into all three movies of the new trilogy, even the one made after he passed away.

Still, Franchise Fred disapproves Star Trek Beyond. It’s not a good Star Trek movie and it’s not even a good generic space movie.

‘Star Trek Beyond’ Review: The Wrath of Krall

Star Trek Beyond Review: The Wrath of Krall I consider myself a Trekker, but I became a Trekker right about when The Next Generation ended. I had seen the original cast movies but not the series, and The Next Generation pretty much onl...
0
Average User Rating
0 votes
Please sign in to rate.