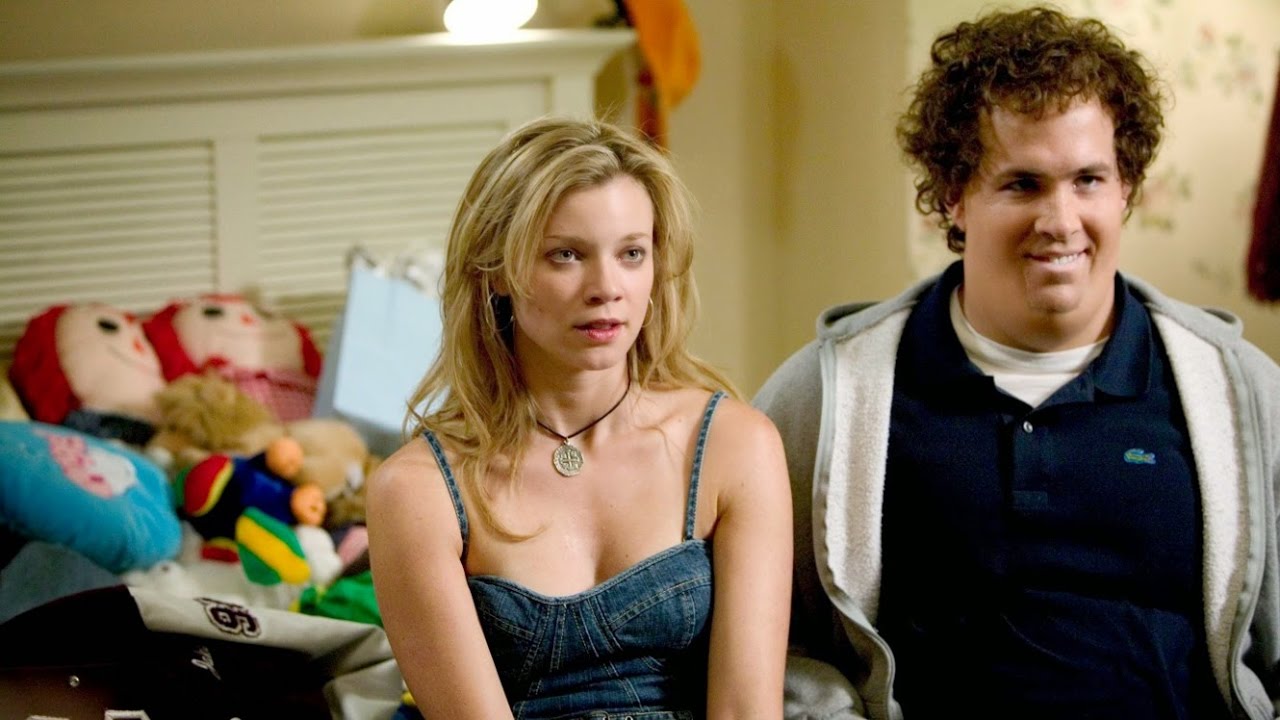 Greetings once again, dear readers! It’s been one whole week that we’ve been on this journey together! How great is that! But seriously, can we switch? I’ve been driving the entire time and my foot’s asleep. Plus, you need to put in for gas money.

This 2005 comedy starring Ryan Reynolds explores that age-old conundrum that young men constantly have to face in society…how to get some pussy and look cool as shit while doing it! No, really, that was the first tagline for the film when it was released. Look it up…I’ll wait here. And in the meantime, I can cover my one saving grace of this film: Anna Faris. She is so supremely underrated that it irritates me; you can all keep your Amy Poehlers’ and your Melissa McCarthys…I will take Anna Faris any day as my female comedic lead.

This film begins with the very familiar premise of a friend being in love with their best friend and not having the courage to tell them. Sprinkle in the lead being a nerdy, overweight teenage boy and the friend being a blond ingénue and this has all the makings of…every teen movie ever. Except for the fact that the male lead, Chris, decorated his entire room with cut up pictures of his one-true-love, Jamie…that wasn’t like every teen movie, that was more like Silence Of The Lambs.

After an embarrassing and failed attempt to tell Jamie how he feels at a high school graduation party, we then see Chris ten years into the future and wow, he lost weight! He now plays sports, he has a cool, hip job at a record label and is now giving OTHER guys advice about women (cue the “play aloof and be a dick” card)! He’s totally NOT the same person he was in high school, right, guys?! The movie then takes a turn for the better because Stephen Root jumps in as Chris’s boss who wants to sign the hottest pop star, Samantha James (played by my spirit animal, Anna Faris) and needs Chris to convince her to do so. Besides the fact that they had a previous relationship, Sam also still somehow thinks they’re an item and uses every opportunity to let Chris know that (for one, by trying to blow him in the recording studio…you know, subtle messages). Anna Faris’ infectious energy and hardcore commitment to playing this erratic, vapid singer helps bring a lot of life to the film.

Sam’s assumed relationship with Chris lands them on a plane going to Paris, but after a small fire caused by Sam, they make an emergency landing right outside the town where Chris grew up and instead of getting a hotel, he heads straight to his mother’s house with Sam in tow. As you could probably guess by now, yes, he ends up seeing Jamie in the bar she works at and decides he wants to…sleep with her? Date her? Marry her? We have no idea what his intentions are at this point, so his motivation to want to keep bringing her on dates confuses me. Is it just to show he’s not fat anymore? Certainly, texting her a picture would do just as much justice and saves us 90 minutes. Chris then convinces his 18-year-old brother to distract Sam while he takes Jamie on several dates that go completely wrong. They go to a diner, and he doesn’t want to eat pancakes with chocolate syrup on them, so apparently he’s the asshole (this one really escapes me…he could’ve been diabetic, you absent-minded waitress); they go ice skating and he gets injured; then they go to the movies, but Jamie brings another guy along (someone we saw earlier in the film…it doesn’t matter, you haven’t missed much).

I can see the film tries to make the viewer feel sorry for Chris, but it just doesn’t manifest. Reynolds doesn’t display much genuine emotion and doesn’t seem to really want to connect any type of real feelings to what he’s saying most of the time. The same thing cannot be said for Jamie, who we actually see a behavior shift in her and her thoughts towards Chris depending on his behavior. Imagine that! The female romantic interest in a movie can make up her own mind and isn’t just a dim-witted ingénue that’s a prize for the male lead in a rom-com! Towards the end of the film when Chris makes an attempt to be himself with her, Jamie tries to give him hints that she feels the same way, but his bubbling insecurity causes him to just stay silent. Jamie then complains to another girlfriend that she was being very obvious and Chris didn’t make a move. While this may seem like a small throwaway scene, I didn’t realize how little I actually see this in similar films where it’s just “guy needs to win over the girl.” We never get to hear what she’s thinking- whether she’s actually interested or not; we just see vague gestures that could be interpreted one way or the other and only have her true feelings revealed at the end.

After one last big fight where Chris complains Jamie was a tease in high school (because fuck women for trying to have male friends sometimes, right?), they have one last big blow up fight before Chris comes to his senses, runs to her house, and apologizes. They kiss, she cries, and it’s a happy drive home for everyone involved.

FINAL WORDS: Watch anything Anna Faris does and you’ll have a happy Christmas.