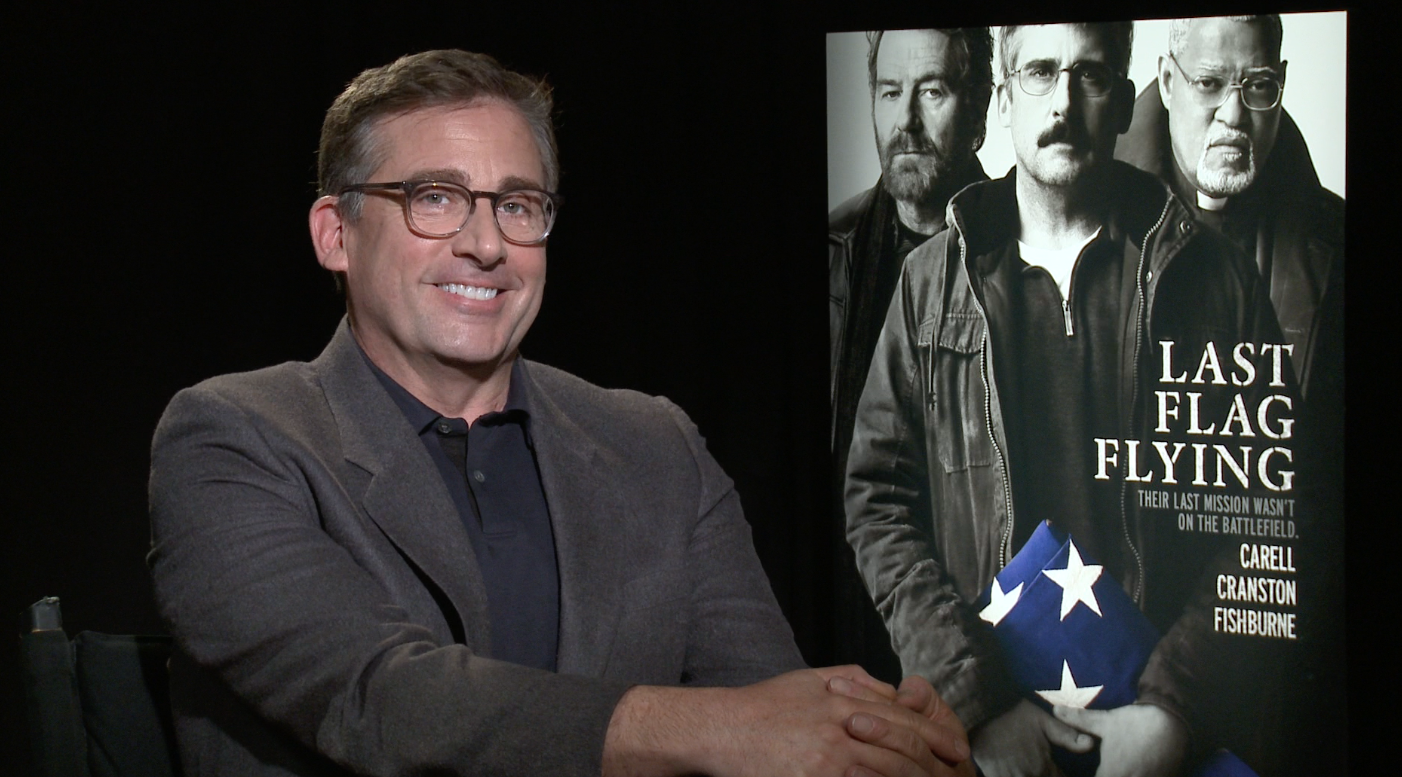 Steve Carell is one of my favorite actors working today. He is incredibly talented and can play a wide range of roles from Michael Scott on NBC’s The Office to serious roles like his latest role as Larry ‘Doc’ Shepherd in Richard Linklater’s latest film, Last Flag Flying. I was lucky enough to get the opportunity to sit down with Carell for a few minutes before the Hollywood premiere of Last Flag Flying to discuss the film with him in greater detail.

Scott Menzel: Another incredible performance, what is that two this year?

Scott Menzel: I mean I can count Gru too. Can we count Gru?

Steve Carell: Gru, and just what I do at home. There are countless performances going on always.

Scott Menzel: From Despicable Me 3 to Bobby Riggs in Battle of the Sexes to this film, this has been another great year for you. This performance as Doc, however, I feel is your most nuanced performance to date.

Scott Menzel: You really dig deep with this character. Was it hard for you to play the role of Doc?

Steve Carell: Yeah, anytime you play somebody who’s going through something that is felt that deeply, yeah, you tend to. I wouldn’t say you take it home with you but you kind of feel it. There’s no way around it. You’re doing a lot of soul searching and thinking. It’s always hard for me to talk about any sort of process because I don’t necessarily have one, but yeah, I mean it affects you. Playing a really sad or depressed character can affect you.

To me, the most intriguing part of this whole thing was the relationships between the three guys because they’re very unique. To have been at war, I think that bonds people in a way that others can’t really understand. My dad was in World War 2 and he was in a lot of bad, bad stuff, that I didn’t know as a kid but I came to know about later on. To see him with the people that he’d show up with at reunions from his unit. It’s a special thing that I think most people just can’t really understand.

Scott Menzel: Well, I think you nailed it. I really do.

Scott Menzel: The tone of this film, although a lot of depressing stuff is going on, the tone is rather light hearted and there’s a lot of light hearted moments underneath all the sad factors that are going on. What was it like on set?

Steve Carell: It depended on the day. There’s a scene where we’re buying cell phones in New York city and that came after some pretty sad scenes and sad days. There’s another scene that we do, in an air force hanger. It was a real hanger, at a real airport and I remember walking on set and there were coffins draped in flags and I think, for everybody, it just sent a chill down their spine, certainly mine and it’s hard to not have a sense of reverence, and feel it.

Even though it’s a set, and even know there aren’t actual bodies, that it’s a replication of a moment and a situation, there’s no levity on a day like that because I think everyone just has an inherent respect for the situation and the reality and truth of it.

Scott Menzel: Yeah, thank you so much. I’m going to be rooting for you for awards season.

Steve Carell: Oh, thanks. Thank you so much. 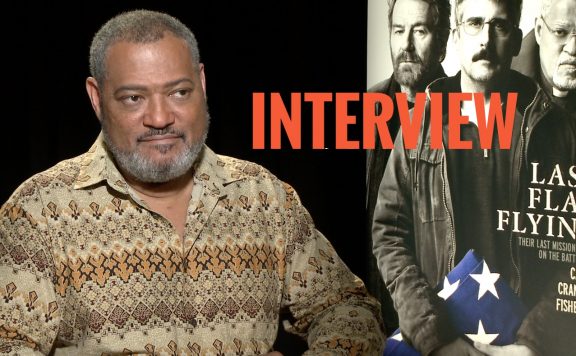 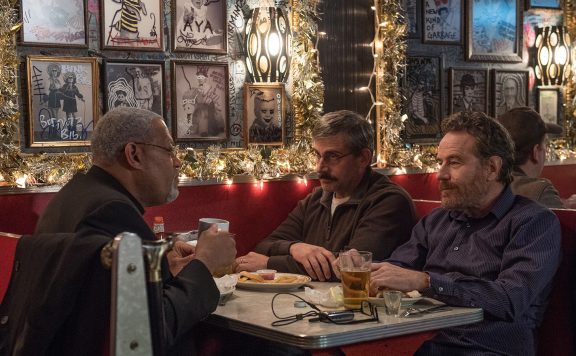