Stillwater is the latest film by Academy Award-winning writer/director Tom McCarthy. It premiered at the Cannes Film Festival earlier this month and opens in limited release here in the states this Friday, July 30, 2021. A few weeks ago, I had a chance to check out Stillwater at a local screening in Los Angeles in preparation for interviews with Camille Cottin, Matt Damon, and Tom McCarthy.

I’ve been a massive fan of McCarthy’s work ever since The Station Agent  was released back in 2003. McCarthy makes original films that are geared towards mature adults. It is also important to note that his work has been pretty consistent over the past 18 years. His latest film Stillwater is loosely based on the story of Amanda Knox. The film follows Bill Baker (Matt Damon) whose daughter has been arrested and charged with murder. Determined to prove that his daughter has been wrongfully accused, Bill moves to France to fight against the legal system in order to clear his daughter’s name.

Stillwater plays like two movies in one. One is a family thriller and the other is a character study about a roughneck from middle America rediscovering himself thanks to the help of Virginie (Camille Cottin) and her eight-year-old daughter Maya (Lilou Siauvaud). While these two stories don’t perfectly align in terms of emotional impact, the one about the French family is so heartfelt and endearing that it almost fully makes up for the thriller storyline being somewhat less engaging than I expected.

The performances by Matt Damon, Camille Cottin, and Lilou Siauvaud are amongst some of the best I’ve seen so far this year. Cottin and Damon’s chemistry is terrific and the two play off one another with such ease. One of my favorite things to see when I watch films is seeing character evolve over time and they definitely do that here. You really do fall in love with these characters and McCarthy’s script proves that he knows how to write geniune and interesting characters that audiences connect with.

While I did enjoy Stillwater, the film is not without its flaws. The runtime of 2hrs and 20 minutes does not work in the film’s favor. You can definitely feel the length, especially during the third act. I also think that because the thriller storyline isn’t as effective as French family storyline, the movie will make some viewers feel as though it is a bit disjointed at times. While I wasn’t personally bothered by this, I heard this as a common complaint from several of my colleagues.

Overall, Stillwater might not be McCarthy’s best film to date, but it is still a deeply engaging and well-crafted film that is a nice change of pace from the typical summertime fare. I admire McCarthy for making films that are geared towards a smart and mature audience. I wish more filmmakers would make strong character driven films in the same vein as the ones that McCarthy consistently makes. Stillwater is one of the better film offerings that 2021 has offered so far. 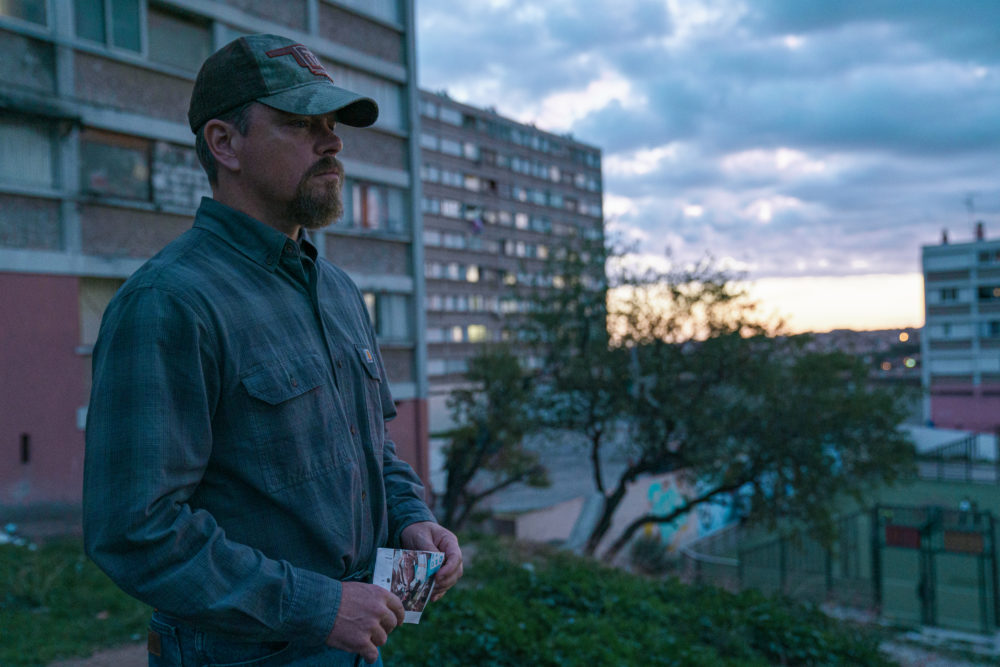 You can read my full interview with Matt Damon below or click the link above to watch it.

Scott Menzel: Hey, Matt. How are you?

Matt Damon: Good, Scott. How are you doing?

Scott Menzel: Good. Thank you so much for taking the time to talk with me today.

Matt Damon: You bet, man. Thanks for having me.

Matt Damon: Thanks. Thank you.

Scott Menzel: Of course! So, I have to open this up with the film festival aspect. Obviously, the headlines were your emotional response to the film at Cannes. And I want to know, what was it like being back at a film festival because I know you’ve been to a lot of them?

Matt Damon: It was emotional (laughs). It really was, man. I didn’t see that coming. It snuck up on me, but the feeling of being in a theater, especially that theater, it’s so big. It’s like a thousand people in there, and the lights came up. It’s such a different experience than what we’ve all been dealing with on our couches for 18 months. To go to an actual movie theater with a bunch of strangers and have the lights go out, and the movie starts at a certain time, and it doesn’t stop for you to get up and do something. You have to be quiet and watch together. That’s a very different way to take in a movie, and I was just happy to be doing that again.

Scott Menzel: I’m so curious. How did you prepare for this role? Because I really think you nailed this performance. It’s probably one of your best. Probably the best one since The Martian, to be honest.

Matt Damon: Thank you. Yeah, I’m pleased with it. It all came from going down to Oklahoma and hanging with these roughnecks. When I read the script, the guy was a roughneck in the script, but I knew vaguely what that was, but I didn’t understand the specificity of that culture. And the movie just worked the dynamics, the father, daughter dynamics, and all that stuff just worked in the script. And then when Tom and I went down there, it was really eye-opening and great. The whole look of Bill came from spending time with these guys. I mean, I could show you on my phone pictures of 15 different guys that look exactly like Bill Baker, and so everything about designing that look was there. Our wardrobe supervisor used to call these roughnecks directly.

And so everything about that character was put together by those guys and on the physical side. They’re big strong guys, but they don’t have washboard abs. So it’s like, all right, well, how do I look like that? Because that job requires a lot of brute force, so you got to be strong to do it, but you don’t have to look like a superhero. Do you know what I mean? And so it’s a very particular kind of package these guys end up coming in. And that all really came from hanging out with them.

Scott Menzel: Tom McCarthy is a filmmaker I’ve admired since the very beginning, since Station Agent. Now, you’ve worked with so many different filmmakers over the years. Is there something that stood out about Tom that you got as a takeaway from other filmmakers you work with?

Matt Damon: Well, he was an actor too. He’s an excellent actor. So he’s one of those guys who’s a director, a writer, and an actor, and he does all three at an incredibly high level. So I felt like we built this character together. Everything that we got from Oklahoma goes into his writing, that goes into his direction. He’s my other set of eyes, in big and little ways every day. Some notes seem really minor, and some notes seem minor and actually completely change a scene. And he was just involved in every moment, building this thing. So when people talk about an actor’s director, they’re talking about a director like Tom.

Scott Menzel: Great. Thank you so very much, Matt. Lovely to talk to you. Hopefully, we’ll get to do this again sometime.

Scott Menzel: Oh my God. I would die to talk to someone in person at this point.

Matt Damon: You too. See you. 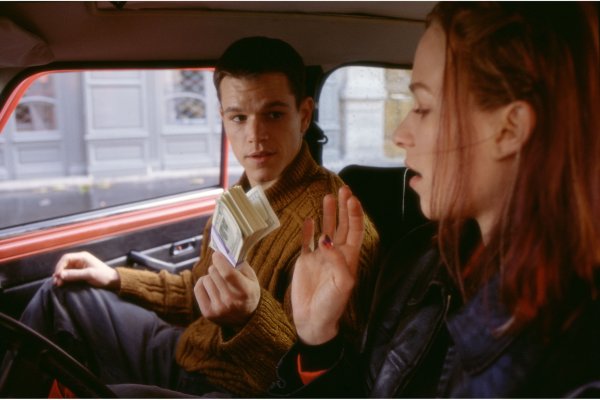 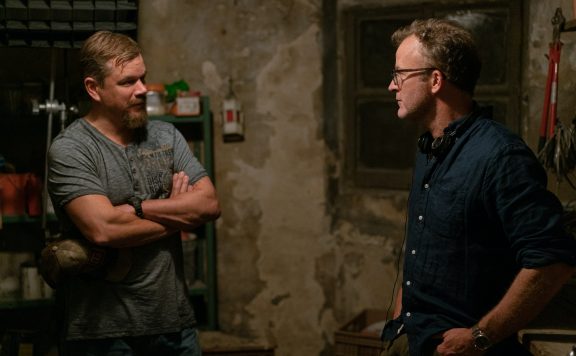 A father travels from Oklahoma to France to help his estranged daughter, who is in prison for a murder she claims she didn't commit.