I have been a big fan of Tom McCarthy’s work as a filmmaker ever since The Station Agent premiered at the Sundance Film Festival back in 2003. I have spoken to McCarthy several times over the years, but ironically enough, I didn’t get to talk to him for Spotlight, which earned him an Academy Award. McCarthy is a very down-to-earth guy that loves what he does and makes films that are intelligent character-driven dramas. His latest film, Stillwater, may run a little long, but as a whole, it’s a pretty terrific film with fantastic performances from Matt Damon and Camille Cottin. I recently had a chance to sit down with McCarthy to talk about Stillwater, and he had a lot to say about the premiere, his career, and how he likes to challenge the viewer with his films.

Scott Menzel: Hey Tom, how are you?

Tom McCarthy: Hi Scott. Great background. I could spend some time there looking at that stuff, it’s pretty cool.

Scott Menzel: Thank you and sorry, I know it is very distracting. It’s good seeing you again. I haven’t seen you since Win-Win at SXSW, which is going back way, way, way, way back.

Tom McCarthy: Oh man, that is. That was fun.

Scott Menzel: Yeah, it was. Congratulations on this film. I think it’s another great one and you should be very proud of it.

Tom McCarthy: Thank you. It’s nice to hear. I am very proud of this movie. I think it’s a movie I probably couldn’t have made until right now. And I think it’s an ambitious film in a lot of ways and sort of calls a lot of the things I’ve been reaching for in my other movies together. So I’m proud of it. I am. Thank you.

Scott Menzel: Absolutely, no problem. So I’m very curious to kick things off, what was it like being back at a film festival and then also piggybacking off that, can you talk a little bit about the role film festivals played in your career?

Tom McCarthy: Well, I owe everything to Sundance, right? It changed the course of my career and to some degree my life in bringing The Station Agent there. And I had no idea what I was walking into literally. So, full circle to end up at Cannes, a festival that I also had never been to, but I had heard so much about. And quite frankly, the filmmakers that frequent Cannes are the people who have had a huge impact on me, European, world cinema. You know, it’s the home of that. Right? And not to mention, we made the movie a hundred miles down the shoreline in Marseilles, and it’s primarily a movie made in France and set in France.

So to bring all that to a festival like that after the year and a half we have, it was overwhelming on so many levels. You know, personally, creatively, emotionally, cinematically. It was a lot, but it didn’t disappoint. It was really an incredible event an incredible moment, I think for all of us involved in the movie, certainly. And by the way, not only screening at Cannes, which was just a tremendous night and to feel that movie … Forget about the end, forget about what they applause about, but just like to feel the audience leaning in and embracing that movie the way they did, was just so exciting. And then to go down and screen it and Marseilles for a couple of audiences down there was really emotional.

Scott Menzel: Yeah. I mean, I felt it. I actually saw it in the screening room here in L.A., but I felt the emotion. It really pulls on the heartstrings at times.

Scott Menzel: And I love the storyline that you created. The French storyline especially is the heart and soul of the movie. I think it actually in some weird way kind of shifts the focus. You want more of that story more than you want the other story.

Tom McCarthy: I agree, man. I think you can sort of picking your lane in this movie. You know, I’ve heard some people be like, “Oh, the movie doesn’t know what exactly it wants to be.” And I’m like, “Make no mistake about it. You might not like the movie, but it knows exactly what it wants to be. This is exactly the movie we wanted to make. I wanted to make.” And like, I’m going to challenge audiences. If you want a clean-cut thriller, they’re out there. In fact, this story is out there in the thriller forum. It’s quite good, you know? But if you want something that has a little bit more range and dimension, and I think emotion, like real human emotion and quality … That’s what I love about this movie. The time we spend with Bill and Virginie and Maya, I adored that.

And I think that is a nod for me to many of the French films I’ve seen over the years where I watched these films that kind of weave this web where I’m like, “Where is this going? Why am I leaning into these people so much, these sort of disparate individuals who find this sort of connection?” And, I think in that way, it’s very much one of my movies too. So like I said, I don’t think I could have made this movie before now.

Scott Menzel: Well, Tom, thank you so very much. I really do agree with everything you said. I think this is a delightful film. It challenges audiences, and it’s made for adults, which I appreciate. So thank you.

Tom McCarthy: Well, thank you. I hope they go to a theater, those adults, and see this movie.

Scott Menzel: Yes. It’s nice to see something original for a change. Thank you.

Tom McCarthy: Thank you, man. I appreciate it a lot. Very much. 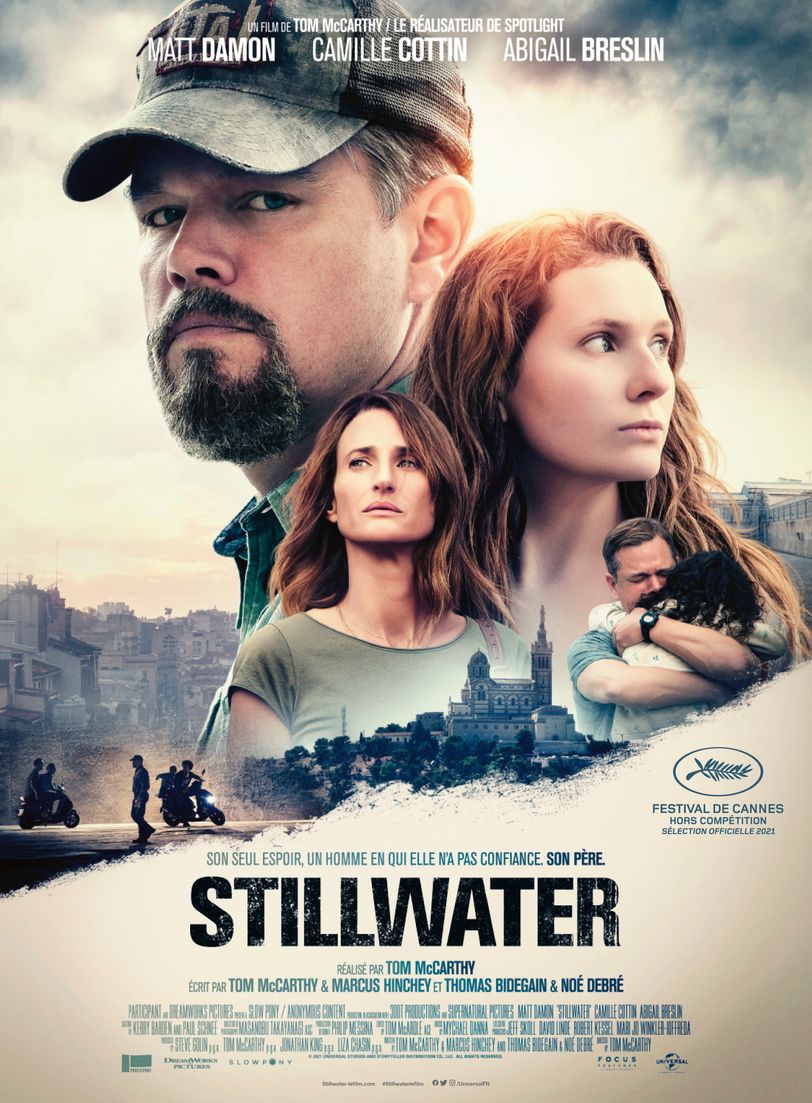 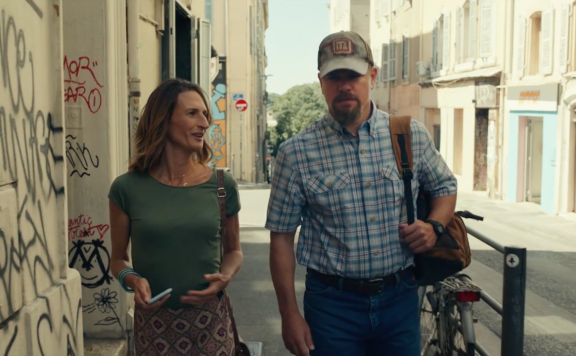 ‘Stillwater’ Interview: Tom McCarthy on the impact of film festivals and challenging audiences