When Slumdog Millionaire achieved massive success partially on the backs of a handful of poverty-stricken child actors pulled directly from the slums of Mumbai, there were more than a few rumblings accusing Danny Boyle of exploitation. His film won a Best Picture Oscar, and audiences had fallen in love with its young stars. But what would befall them when Hollywood lost interest and were once again abandoned to the streets? Sun Children, a film directed by Majid Majidi and Iran’s submission for Best International Feature at the Academy Awards, will likely face similar concerns. But in its passionate diatribe against the exploitation of children, it overcomes the threat of being exploitative itself. Instead, it utilizes a cast of non-actors, children, and teens in tenuous living situations to tell a powerful story about the dangers of child labor abuse.

Ali (Roohollah Zamani) is a young man who has been left largely to his own devices. With his father out of the picture and his mother committed to a psychiatric institution, his only reliable sense of family comes from the small pack of boys he has recruited into a gang of sorts. There’s a Dickensian quality to this wild band of street urchins, children who aren’t intent on breaking the law as much as they are steadfastly disinterested in it. They take on different day jobs to scrape together a little extra cash, some more legal than others. But one day, they’re recruited for their biggest job ever. A local criminal enlists them for a modern-day treasure hunt: something precious has been buried in a nearby cemetery, but the only way to reach it is by tunneling through an adjoining school’s basement wall for street children. If Ali and his friends can retrieve this bounty, they can have their share of it. All they need to do is enroll in the school and start digging. 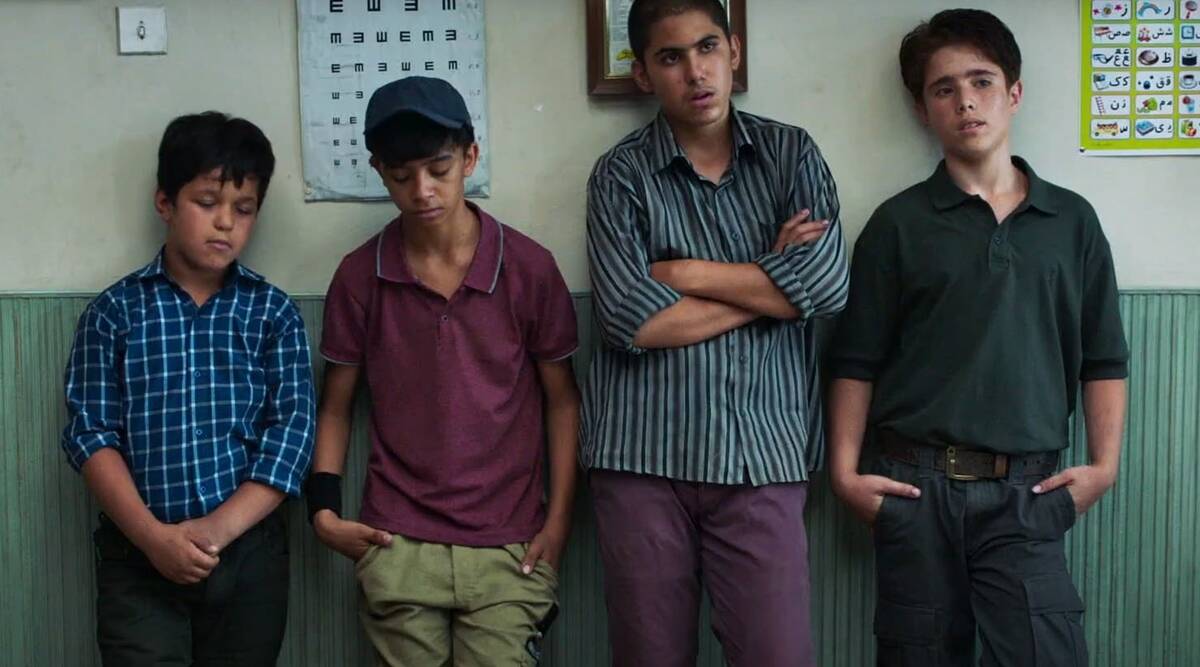 With that, Ali becomes obsessed in his relentless pursuit of intangible riches that lay perpetually just out of reach. That this is all taking place in an educational setting, where Ali could find a path to greater success and financial stability if he weren’t forced by necessity into an increasingly fruitless quest for short term wealth, is a sad irony. The thing that could help lift him out of poverty is utterly tantalizing but ultimately too abstract and elusive to be of any practical use to Ali.

Sun Children’s actual narrative is only thinly sketched out with bare, simplistic dialogue, likely as a result of the film’s large cast of untrained young actors. But while they may lack professional experience, they nonetheless put in raw, powerful performances, especially Roohollah Zamani as Ali. He is put through the wringer, both physically and emotionally, and his expressive eyes grow ever more haunting as he becomes increasingly desperate. He and his friends have had maturity and adult responsibilities thrust upon them, but still have a heartbreakingly childlike response to the idea of a buried treasure, as though they were Peter Pan and the Lost Boys on an adventure rather than a group of kids living in dire poverty. 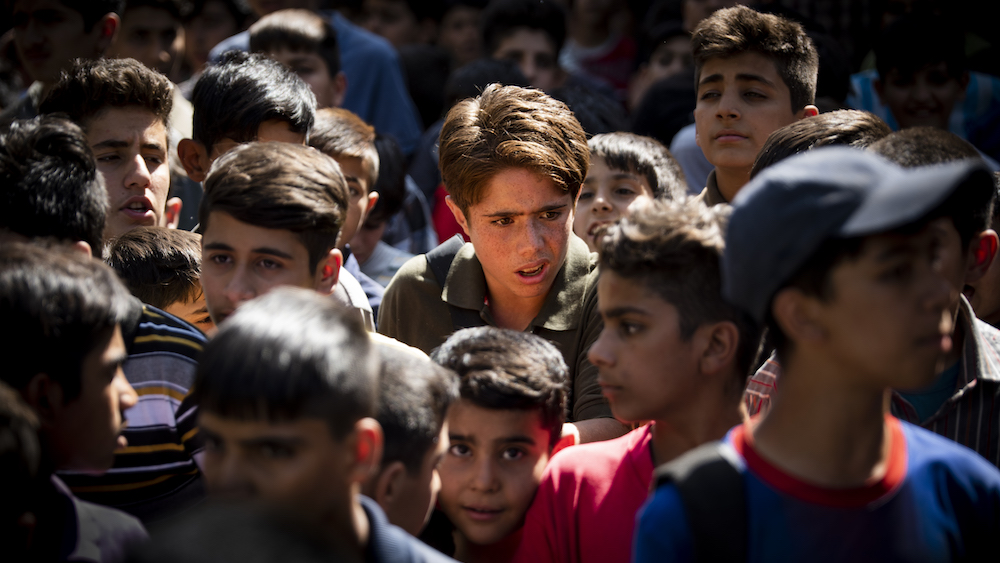 But Sun Children is, above all else, an issues film, and it sacrifices every other narrative instinct in service of depicting the many problems facing our main characters. A different film might have made more of the natural division between Ali and the others. As his friends find their own niche within the school system and the promise of a better life, Ali clings to the abstract notion of underground riches as his sole path to prosperity. Instead, Sun Children takes the opportunity to highlight societal ills.

It touches on the administrators and teachers’ perpetual struggle to raise funds that will allow them to keep the school, so crucial for the future of many young boys who have been overlooked by society, operational. And Ali’s closest friend, Abolfazl (Abolfazl Shirzad), is an Afghani immigrant who faces unique challenges because of his refugee status that goes beyond what Ali experiences.

Although Sun Children focuses the majority of its attention on the issues rather than the story, it’s nonetheless a compelling and powerful exploration of the lives of exploited child laborers. The way that it blends the magic of childhood with the hardships of abject poverty draws the viewer in and shines a light on the abuses taking place in Iran and, indeed, worldwide. Its frequent nods to neorealism make Sun Children exist in a fascinating space between fiction and reality, driving home the urgency of the issues faced by these children daily. 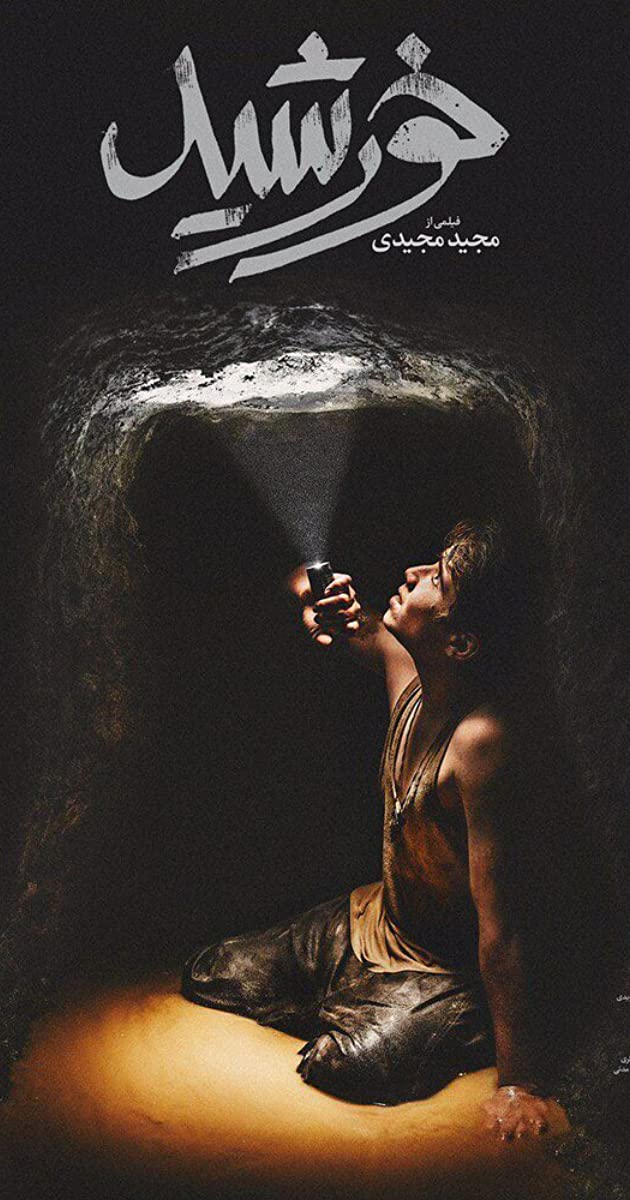 ‘Sun Children’ Review: Neorealism in the Streets of Iran