The Deconstruction of Disney Ideals.

Each year there is at least one film that premieres at Sundance that is labeled controversial and this year that film is Escape From Tomorrow. The film, which was mostly shot in Disneyland and Disney World is controversial because Disney was unaware of the fact that a film was being made at their parks. The controversy only continues due to the subject matter of the film, which basically takes the idea of Disney dreams and happy endings (no, not that kind) to a whole new level that completely deconstructs the idea that Mr. Walt Disney set out to achieve back in 1955.

Escape from Tomorrow at the surface seems like a film about your typical American family setting out to enjoy their family vacation at Disney. The fun (I guess you can call it that) begins when Jim (Roy Abramsohn) gets a phone call from his boss letting him know that he has been let go. Shocked and uncertain as to how to proceed with the news, Jim decides that it would be best to keep the news to himself and let his wife Emily (Elena Schuber) and his two kids Sara (Katelynn Rodriguez) and Elliot (Jack Dalton) enjoy the remainder of their family vacation. As they board the monorail for the day, Jim sees two happy French girls, who he becomes more and more infatuated with as the day goes on.

Judging from the plot description above, one would probably think this is a film about a creepy pedophile, who is going to try to rape and kill two teenage girls at Disney World. The film, however, while it does dabble in pedophilia, also has a lot more that it is trying to address as the movie slowly unfolds. I found the title alone to be a metaphor for entire film. This is basically a film about a guy who wants to escape from the reality of what will happen once his vacation is over. The journey we go on with Jim is disturbing and completely opposite of what Disney tries to present to its audience which to simply be happy and use your imagination to dream big.

I have always been fascinated with Disney as to how they conduct business. I should first and foremost point out that I am a fan of Disneyland and Disney World. These are places that I truly love to visit because they feel as if they are the ultimate “escape” from reality. With that being said, Disney does have a weird way of keeping the “magic” seeming as real as possible. I know the parks are built away from everything so that you can feel as if you stepped into another world. I also know that they have an underground system which is where the employees enter from and all the merchandise is stored as a way to keep everyone in the experience. Its a very well crafted outline to keep the dream alive but if you think about it, it does seem a little extreme. I once learned in a persuasion class that the Disney Parks will never admit to someone dying in one of their parks. That is a little disturbing since obviously people die everywhere but to try to hide the fact that someone died at your amusement park does seem to push the “dream” a little too far.

Now with all that being said, I loved how the film was daring enough to showcase all the darkness of the inter-workings of the parks. It shows the notorious underground tunnels and showcases that not all families who visit are as happy as they seem on the surface. The film goes deeper by tackling people being sick while visiting the park, the cat flu, and even a clean up crew for an event that takes place near the end of the film. No doubt about it, this film is daring and really does exploit Disney but in all honesty does it exploit Disney anymore than Disney already does to the average person?

The film also dares to turn dreams into nightmares by using the imagination of Jim to showcase things that you don’t normally envision while on a family vacation such as his demonic version of “It’s A Small World” as well as the idea of pedophiles who probably go to Disneyland or Disney World just to look at underage girls and boys. Furthermore, the film gets even creepier when Jim’s little girl Sara gets kidnapped, not just once but twice, and there is even a scene with Jim having sex with a crazy random ex-princess who screams out “find my hidden mickey” during intercourse. The film definitely pushes the envelope and destroys the innocent ideal that is Disney. It even dares to address the idea of Asian men going to Disneyland and Disney World just to hit and feel up the princesses as well as the idea of people dressed up as characters mainly princesses touching and hugging your children. If you think about this film, it truly takes such an innocent seeming place and turns it into a dark and disturbing nightmare.

Moore as an adult looks back at his days as a child at Disney with a total different eye. He sees how the innocence can simply be turned into a place with creepy people and an evil corporation trying to control your feelings and emotions. There is a scene in which Jim is taken hostage by a Siemens representative inside Spaceship Earth. The scene again just mocks the idea of Epcot trying to sell their product and vision by using imagination as a selling point. With all these interesting scenes that definitely encourage conversation, the problem still remains “why am I watching this film.” The answer is really unknown and even the cast and crew couldn’t answer it during a Q&A after the film screened.

Before I go on, let me say that I truly appreciate Randy Moore making this film and creating something that we don’t see everyday. The way the film is shot, the breakdown of Disney ideals, the score, and even the use of black and white to tell the story is simply brilliant. The problem, however, is the story. Escape from Tomorrow feels more like a film that is made to shock and be daring rather than tell a cohesive story which is what my problem is with the film as a whole. The truth is I don’t think this movie really had a story to tell other than to exploit Disney for not admitting that “dreams don’t always come true.”

I don’t have a problem with a film that makes me think and makes me see something in a whole new light. I actually love that this film embraced this notion, but I do have a problem with watching a film that has no resolution and makes no sense at all. The film as a whole feels like an acid trip filled with weird imagery and a bunch of random scenes thrown together to simply attack Disney. It is basically all thrown together as a way to destroy the notion that as the ex-princess states within the film “that you can’t always be happy” and because of this, I can’t fully enjoy this film as much as I wanted to.

The film ends almost the same way as it opens by mocking Disney and turning the two french teenagers into Tinkerbell. The film’s conclusion became more of a mean-spirited mockery of what Disney stood for rather than an actual film. While it is definitely a film that makes for an interesting conversation piece and one that really does challenge the audience, it definitely leaves for much more to be desired. It will be hard for this film to escape your mind for days to come after seeing it. I just wish the film didn’t leave me feeling cheated and as if I just spent 107 minutes of my life to seeing a dark vision without any form of meaningful conclusion.

All in All, Escape from Tomorrow is a unique experimental film that proves just how far technology has come. It showcases the idea that you can make almost an entire film incognito without even the biggest of place i.e Disney knowing what is happening. The film as a whole is extremely daring, disturbing, and even has moments of sheer brilliance. Now, if only the film’s story matched the film’s concept than this film could have easily been of the best movies that I have seen in quite sometime. The problem, however, as stated earlier is that the film by its conclusion just makes you feel like screaming “WHAT?” at the screen.

Sadly, because of this I am lowering my rating quite a bit. It had potential to be a solid 9 out of 10, but due to the story and how much I hated its conclusion I have to drop it significantly. I was originally planning to give this film a 6, but due to it being a complete mind fuck that stood with me, I am going to give it a 7 for being different, thought-provoking, and original. It is definitely a film that had a daring premise but as it went on it just left for much more to be desired. I still hope that people see this film because I think it brings up some interesting points that might be dark and disturbing but obviously if someone thought it up to put it in a movie there must be a little bit of truth to some of these things and just thinking about that is pretty disturbing.

MovieManMenzel’s final rating for Escape from Tomorrow is a 7 out of 10. 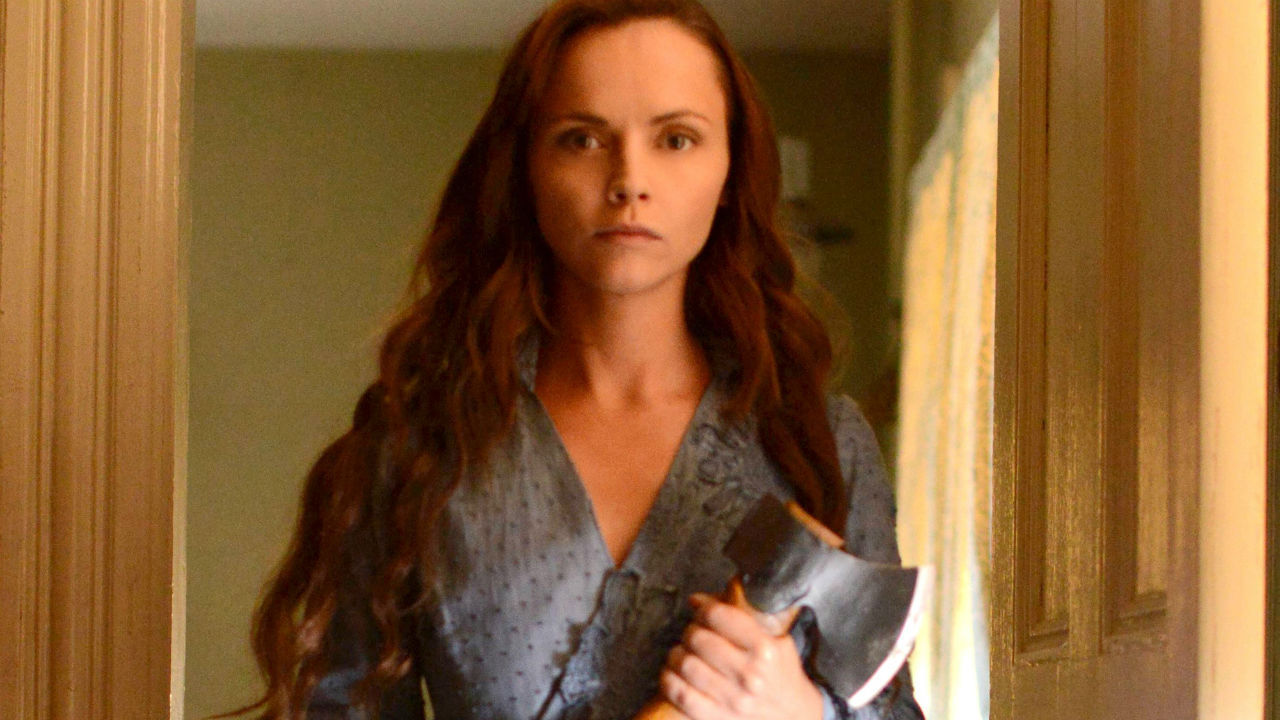 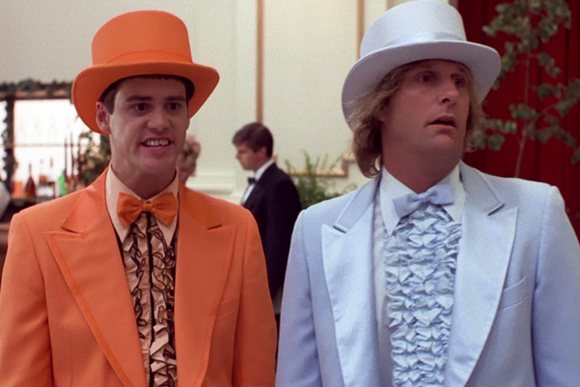 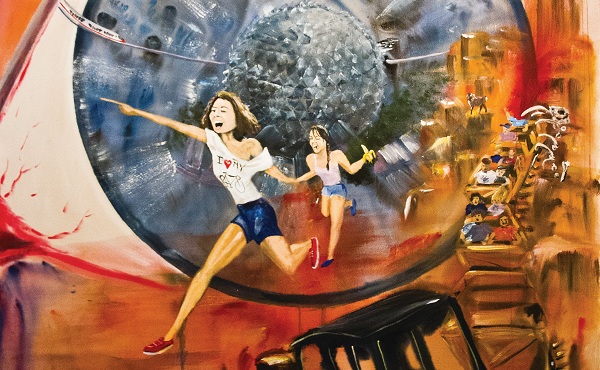 The Deconstruction of Disney Ideals. Each year there is at least one film that premieres at Sundance that is labeled controversial and this year that film is Escape From Tomorrow. The film, which was mostly shot in Disneyland and Disney ...
0
Average User Rating
0 votes
Please sign in to rate.