Was 10 years worth the wait?

Zach Braff returns to the directors chair and Sundance with his 2nd feature length film, Wish I Was Here. The film has an interesting backstory as it has been a passion project for Braff for quite sometime. Braff got funds for the film by using Kickstarter, where he managed to raise 3 million dollars for the film, which was 1 million more than he initially asked for. This film is the follow-up to his smash hit Garden State, which also premiered at Sundance back in 2004.

I won’t even lie, Wish I Was Here was easily one of my most anticipated films to see at this years festival. I was a huge fan of Garden State and after seeing that film, I knew Braff had a lot of potential as a filmmaker and writer. In Wish I Was Here, Zach Braff plays Aidan Bloom, a struggling actor, who also happens to have a wife (Kate Hudson) and two children (Joey King & Pierce Gagnon). Aidan as a whole is pretty miserable and his life is about to get a whole lot worse when he learns that his father Saul (Mandy Patinkin) is dying on cancer. Aidan is now forced to reevaluate his life and step up to the plate to be the man that his family needs him to be.

After waiting 10 years for a follow up to Garden State, I was hoping that Wish I Was Here was going to be a masterpiece, but instead its a huge step down from his first film. First and foremost, I will put this out there right away, I didn’t hate this film, I thought it was a decent film, but it definitely has a ton of flaws and one I would consider a disappointment. It’s really hard to pick a place to begin when talking about this film, so I will just start at the beginning.

The film opens on a scene where Aidan and his family are talking about swearing and various jewish related topics. We learn right away that Aidan is selfish and lets everyone including his wife and his father take care of him, while he tries to pursue his dream. The film sets up the audience to like Aidan so that you immediately root for him regardless of how shitty of a person he is. The film quickly shifts gears and begins adding drama that includes Aidan’s father dying, a suffering marriage, a dream that might not be able to be fulfilled, a distant brother, believing in a higher power, and last, but not least having to take his kids out of a private jewish school to home school them since his father is dying and can’t pay for the school any longer. Yep, there are a lot of problems that face Aidan and his family and yet the film makes it seem all so easy.

My biggest problem with the film is with its pacing and how the first half of the movie is wasted with silly jewish jokes and references while it haphazardly is trying to setup the second half of the film. This movie clocks in at just about 2 hours, but so much can be shaved off this film that it could easily be 90 minutes. It just takes too long to get going that I think by the time that Aidan begins to realize that he needs to do something, half of the audience stopped caring. Luckily, the second half of the film is rather solid and really reels you in. I personally think the second half will allow many to forgive the film’s first half, however, I was so bored by the first half that I can’t be that forgiving.

Besides the pacing, another problem I had with the film was with Josh Gad‘s character, Noah. I think Josh Gad is extremely talented and hilarious, but in this film he feels wasted. First off, Noah is the brother of Aidan, who because his dad thinks of him as a loser, decides to buy a trailer and live far away from everyone. The character is incredibly underdeveloped and not used as well as he should have been. Again, instead of throwing in scenes like where a rabbi rides a Segway through a hospital, I ask why not take this time to focus on a character that plays a critical role later in the film.

And don’t even get me started on the cameos in the film. There are so many pointless cameos that it felt like Braff was just trying to show how many people he knew and wanted to say to the audience “hey, look who I got to be in my movie.” My biggest cameo that bugged me the most was Ashley Greene and how completely and utterly pointless her character, Janine is. Janine is this lonely nerd girl, who likes to dress up in costumes and go to Comic Con. She is introduced once in the film for like 2 minutes and then is shown once again later in the film at Comic Con fucking Noah while they are both in elaborate costumes. Her scenes feel completely out of place and as I said previously the character serves no real point to the film at all. It feels like Braff said we need an additional love story, but its never even remotely focused on or developed at all.

Now, I will say that Braff does use his charm to make us like him. His character is likable even though he is flawed. As someone who likes media and the arts, I connected with him as a character. It is hard to really dislike this film even with all its problems because Braff is just that likable. Alongside Braff, you have Kate Hudson as Aidan’s wife, Sarah who is a great character and I loved the discussion scenes between her and Aidan. There were some really good lines that really hit close to home for me including one where she asks him “when did I agree to only follow Aidan’s dream.”

The best thing about Wish I Was Here, however, is not Braff, Hudson, or Patinkin but rather Joey King, who plays Aidan’s daughter, Grace. King is absolutely incredible and just like her role in White House Down, she is the crowd favorite. There are so many great comedic and emotional scenes with King that she makes everyone around her look like an amateur. There is one scene in particular where she calls Noah on the phone, which will probably make about 90% of people who see this film tear up or cry. She is an incredible little actress and can’t wait to see her career goes.

All in all, Wish I Was Here does feel like the grown up continuation of Garden State, however, it just isn’t nearly as interesting as it should be. It almost feels like Braff took a mainstream movie script and tried to make it look and feel independent one. The overall film is a mixed bag with the first half feeling bloating and longwinded, while the second half tries as hard as it can to resolve all the drama while being emotionally effective. It is a decent film, but I can only hope that next time Braff makes a film that he spends more time in the editing room or edits the script to leave out elements that add absolutely nothing to the story.

MovieManMenzel’s final rating for Wish I Was Here is a 6 out of 10. 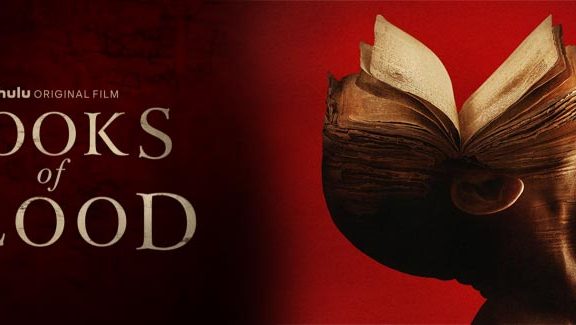 Sundance 2014: “Wish I Was Here” – Review by MovieManMenzel

Was 10 years worth the wait? Zach Braff returns to the directors chair and Sundance with his 2nd feature length film, Wish I Was Here. The film has an interesting backstory as it has been a passion project for Braff for quite sometime. B...
0
Average User Rating
0 votes
Please sign in to rate.