In an inner turmoil between family and gang, Dayveon says exactly what it needs to say in kicking off the 2017 Sundance Film Festival. Deep in rural Arkansas, 13-year old Dayveon (Devin Blackmon) is still reeling in the murder of his older brother. An unexpected death of a sibling is something that you wouldn’t want to wish on anyone. But for this grieving teenager, it’s a torment both physically and emotionally as he spirals into the clutches of a gang.

At 73 minutes, Dayveon is concise in its storytelling, while providing the audience with adequate breathing room to know who this young man is. Yes, he’s part of a gang that steals, kills and demonstrates delinquency. Does that make him a bad kid or someone caught up in a terrible atmosphere? Director Amman Abbasi shifts the narrative to the latter, which in turn, handles a refreshingly layered protagonist.

His coming-of-age journey plays to many of the same beats we’ve seen before in other films of the genre. The key difference here is it retains a brutal and honest portrait of gang life. Abbasi did receive input from actual gang members for a more authentic approach. It has those feels of authenticity as well. And given the circumstances, he’s forced to grow up fast and adapt to his surroundings. Clearing going with the territory, it’s to be expected. In such a hostile environment, the transition from boyhood to manhood demands a snap of the fingers.

But while Dayveon could falter into the realm of cliche, it never does. While faced with a consistent turmoil between his family and his gang, there are some interpersonal moments throughout. Moments of brotherhood express a different side of being part of a gang. During one scene, Dayveon is simply skipping rocks and just having everyday conversation with his brothers. These quiet moments truly add to the inner workings of his character. Once you peel back the armored gang persona spewing out casual racial slurs, you begin see a sense of duality.

Blackmon is a delight as both the film’s protagonist and narrator. For being his first feature, there’s much riding on Blackmon’s performance and he handles the dramatic situations like a pro. The raw tension can be a bit too much for some young actors, but not Blackmon. His mantra throughout the film is either everything is empty or stupid. Despite his life decisions either voluntary or involuntary, we still want him to succeed in the long run. Every choice has a consequence, whether it be based off of revenge or loyalty or something else. And from the perspective of a 13-year-old, not everything here is cut-and-dry. Moral ambiguity is commonplace.

Dayveon is unique in its 4:3 framing. It’s an odd choice as if Abbasi is extending a hand of nostalgia, despite taking place in present day. Perhaps it’s a visual extension of its confined storytelling. We get this idea of what a poverty-stricken section Arkansas might be like for young Dayveon without the sweeping scope of the landscapes a bit further out.

While there’s much on the mind of director Abbasi in relaying Dayveon’s turmoil, there remains many questions left unanswered. But in a slice-of-life narrative, there’s only so far it’s allowed to go. Even with its restrictions, there’s a powerful dynamic at its heart. 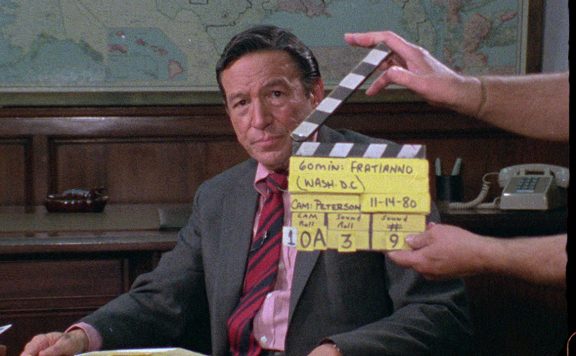