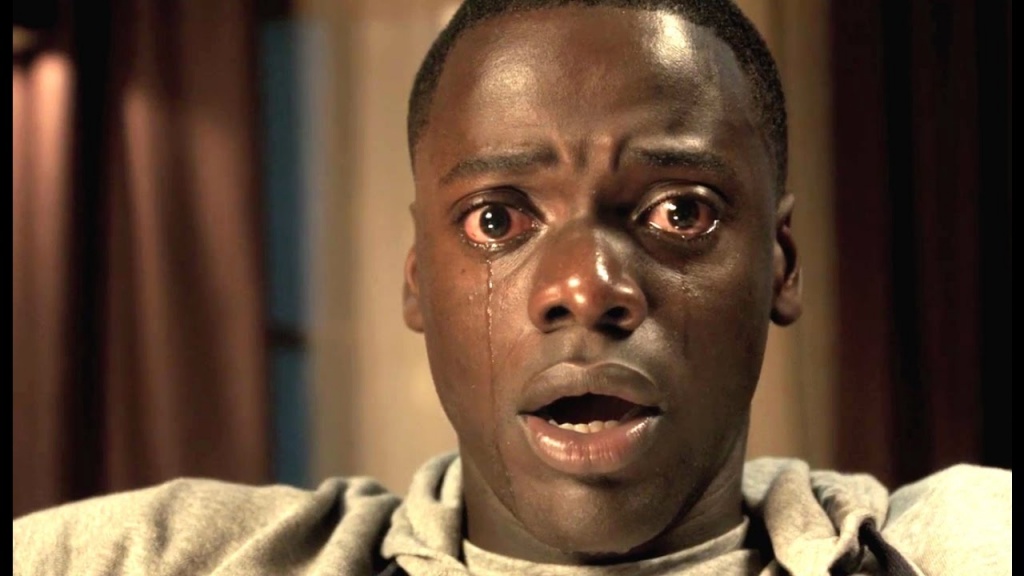 Sundance 2017 Review: Get Out is a Real Conversation Starter.

Each and every year there is a surprise screening at the Sundance Film Festival. This year, Universal surprised the Sundance crowd with an early screening of Get Out, the directorial debut from Jordan Peele. The less you know about Get Out going in, the better it will be. With that being said, the film follows Chris Washington (Daniel Kaluuya) and his beautiful white girlfriend Rose (Allison Williams) as they take a trip to the suburbs to meet Rose’s parents. Once they arrive, Chris immediately feels out of place as he is completely surrounded by members of Rose’s family and their servants. Strange things begin to happen including some hypnosis therapy, but that is about all I want to say because I don’t want to ruin any of the film’s fun.

From the film’s opening scene, I knew Get Out was going to be something special. The beginning of the film plays off the idea of a white person being lost in the ghetto and afraid of his or her surroundings. Lakeith Stanfield is shown walking around a white suburb while being creeped out by how quiet it is. The scene plays out as the typical white person in this same situation would envision therefore creating a scene that is comedic yet worthy of discussion.

The plot of Get Out pays homage to Guess Who is Coming to Dinner with plenty of horror tropes for added fun. There are elements of Stepford Wives throughout the film. For those that grew up watching horror films, there are a lot more references that went completely over my head. The general message of Get Out is that racism is still very much alive. The fact that Rose and her family try so hard to give off the notion that they are “cool with black people” turns this film into a thought-provoking social commentary while also being incredibly fun and entertaining.

Missy (Catherine Keener) and Dean (Bradley Whitford) play Rose’s parents, and they act so strangely around Chris. As a viewer, you can feel how uncomfortable it is for Chris to be in that situation. Rose’s family keeps trying to interact with Chris, but they only make things worse because of how uncomfortable they are. There is a lot to be said about the idea of a black man acutely aware that most white people still struggle with accepting black people regardless of how they carry themselves. There is so much overcompensation on Missy and Dean’s behalf that it just doesn’t come off as sincere but rather fake and disingenuine. 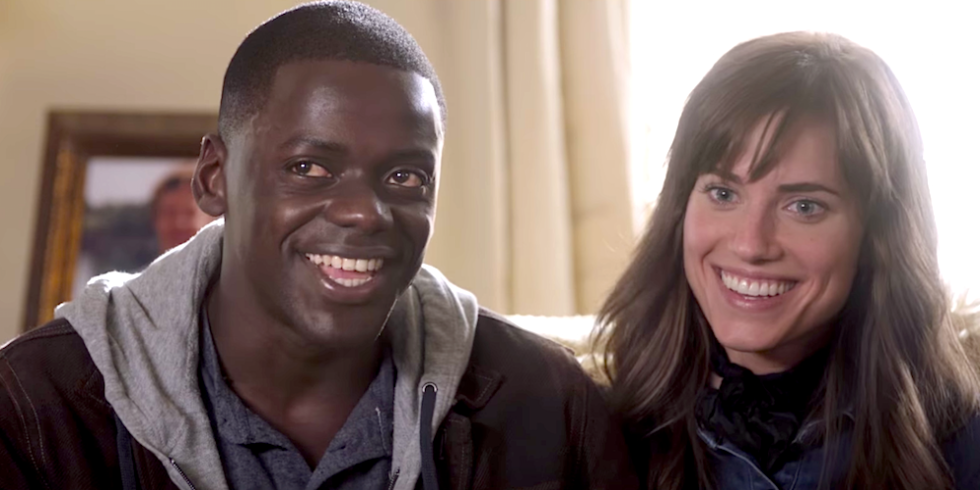 As for the horror, there are plenty of scares, especially in the third act. I love the fact that Peele’s script doesn’t jump right into the horror aspect but instead builds up the characters and the situation that Chris is in. The film has a few jump scares but they are handled in such a clever manner. They are spread out perfectly and are approached as though they are playing tribute to a lot of the horror classics. The third act is when things go bat-shit crazy. It’s loaded with blood and gore. It doesn’t hold back and is everything that horror fans want in their films.

Jordan Peele’s script also mixes genres. While this is definitely a horror film, there are elements of drama, mystery, and comedy throughout. He blurs these genres together with such ease, and it works so well for the tone of the film. There was never any point during the film that I wasn’t deeply engaged or entertained. Peele has crafted one of the most engaging and unique horror films to come out of Hollywood in decades.

The cast is all around terrific, especially Daniel Kaluuya who mark my word, will become a big star after this film. You immediately buy into the relationship between Kaluuya and Williams which is why you are always rooting for Chris and Rose. They have great chemistry and just work together so well. Kenner is always a class act, and her performance here is really freaking creepy. Bradley Whitford does his thing and found him to be the perfect person to play Dean. Lakeith Stanfield is great in a smaller role, and it is always amazing seeing how diverse of an actor this guy is. He can pretty much play anything. The scene-stealer, however, is LilRel Howery as Rodney who works for TSA. The things that came out of his mouth were so over the top that you couldn’t help but burst out into laughter. It is also nice to know that while he is the comedic relief, he isn’t just there for that. He plays a pretty vital role as to how the film plays out.

Truth be told, Get Out is a breath of fresh air. It is a smart, and ballsy horror thriller with plenty of social commentary that is expertly placed throughout the film. Jordan Peele’s directorial debut is nothing short of amazing and is destined to be a huge hit. I think studios need to take more chances on films like this. Films that try to be different and push boundaries. This is bold and daring and most importantly, unique. This is a fresh story with new talent. Get Out is easily one of the best films to come out of Sundance 2017.

Sundance 2017 Review: ‘Get Out’ is a Real Conversation Starter.

Sundance 2017 Review: Get Out is a Real Conversation Starter. Each and every year there is a surprise screening at the Sundance Film Festival. This year, Universal surprised the Sundance crowd with an early screening of Get Out, the dire...
0
Average User Rating
0 votes
Please sign in to rate.