Mr. Rogers conjures up nostalgic feelings of childhood for me. I never understood what important tools he was giving children. Of course I wouldn’t realize when I was four but I never even reflected on it. Morgan Neville’s loving documentary Won’t You Be My Neighbor explores the profound impact Mr. Rogers had on all of us, and reminds us we need someone like Fred Rogers again.

Using exquisitely curated archive footage, Won’t You Be My Neighbor introduces Rogers’ philosophy of helping children, developing the characters of Mr. Rogers’ Neighborhood, his fight for public broadcasting funding and the profound strides he made against prejudice. Rogers’ voice is so compelling that just hearing him talk over any footage is powerful. I mean, you’ll see him testify to the senate and warm over Senator Pastore, so he could get through to even cynical politicians.

Mr. Rogers’ Neighborhood is such a mild, unthreatening show, the concepts he layered in there are downright incisive and incendiary. The doc is too for how it highlights those aspects of Rogers’ work.

The black and white shows from the ‘60s were way before my time, and I’m sort of glad I’m seeing them now when I can appreciate the magnitude of his work. In the first week of shows, King Friday XIII built a wall to keep strangers out. When Bobby Kennedy was assassinated, he did a show explaining it to kids.

When black people were getting kicked out of swimming pools, Rogers had Francois Clemmons share a foot pool with him. I mean holy crap, the balls of doing integration on a children’s show in the ‘60s? Rogers wasn’t perfect. He felt the world was not ready for Clemons to be openly gay, and his point was the show was doing such good things to combat racism, he couldn’t risk losing sponsors over homophobia. This is important to recognize full equality is a slow process. Rogers would come around but he may have been sadly prescient. Had he introduced Clemmons’ sexuality too early he might have lost a generation that grew up more accepting because of him. It’s still painful for Clemmons. With the amount of love this doc provides, it inevitably comes with a bit of heartache too.

Rogers valued silence. He let scenes play out. He waited for other people to talk. We could sure use more of that in this loud world where everywhere you go or everything you watch is some aggressive assault on the senses. The doc has an affectionate sense of humor about just how far Rogers pushed silence, courtesy of his collaborators who recognize how bold he was.

I had no idea about his adult themed show Old Friends… New Friends. It apparently didn’t work but Franchise Fred is curious to see Mr. Rogers for grownups. It looked good to me from these clips.

Won’t You Be My Neighbor covered the spoofs too, so I was very glad to see Mr. Robinson in there. Now in context some of the other spoofs seem to mock some true good Rogers was doing but it certainly seemed like Eddie Murphy was doing it with love.

In the end, Rogers became vilified to some. Apparently some pundits blamed him for telling kids they were special so they became entitled. This is the first I’ve heard of that. That’s millennials, not children of the ‘60s-90s, raised with participation trophies. If they’re talking about Generation X, that’s the Baby Boomers fault for spoiling them with material greed and no work ethic. Rogers’ funeral was even protested by anti-gay crowds, which just shows no matter how much good you do, there’s always a fight.

Won’t You Be My Neighbor demonstrates the sheer power of a kind approach to important issues. It encapsulates 1765 episodes and decades of real life advocacy in 90 wonderful minutes. I hope this film will inspire the next Mr. Rogers to be the change we need to see in the world. 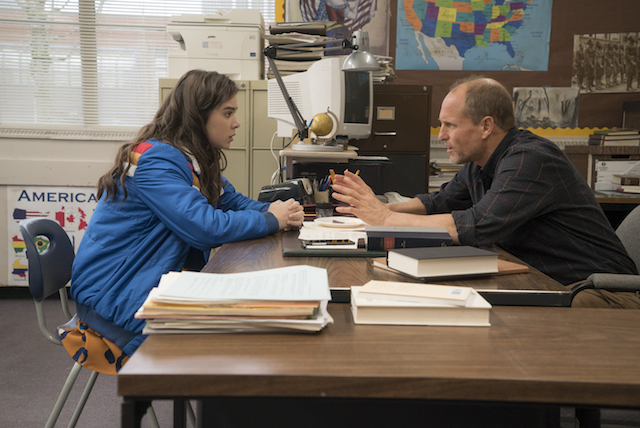 Gradebook: The Edge of Seventeen
November 20, 2016