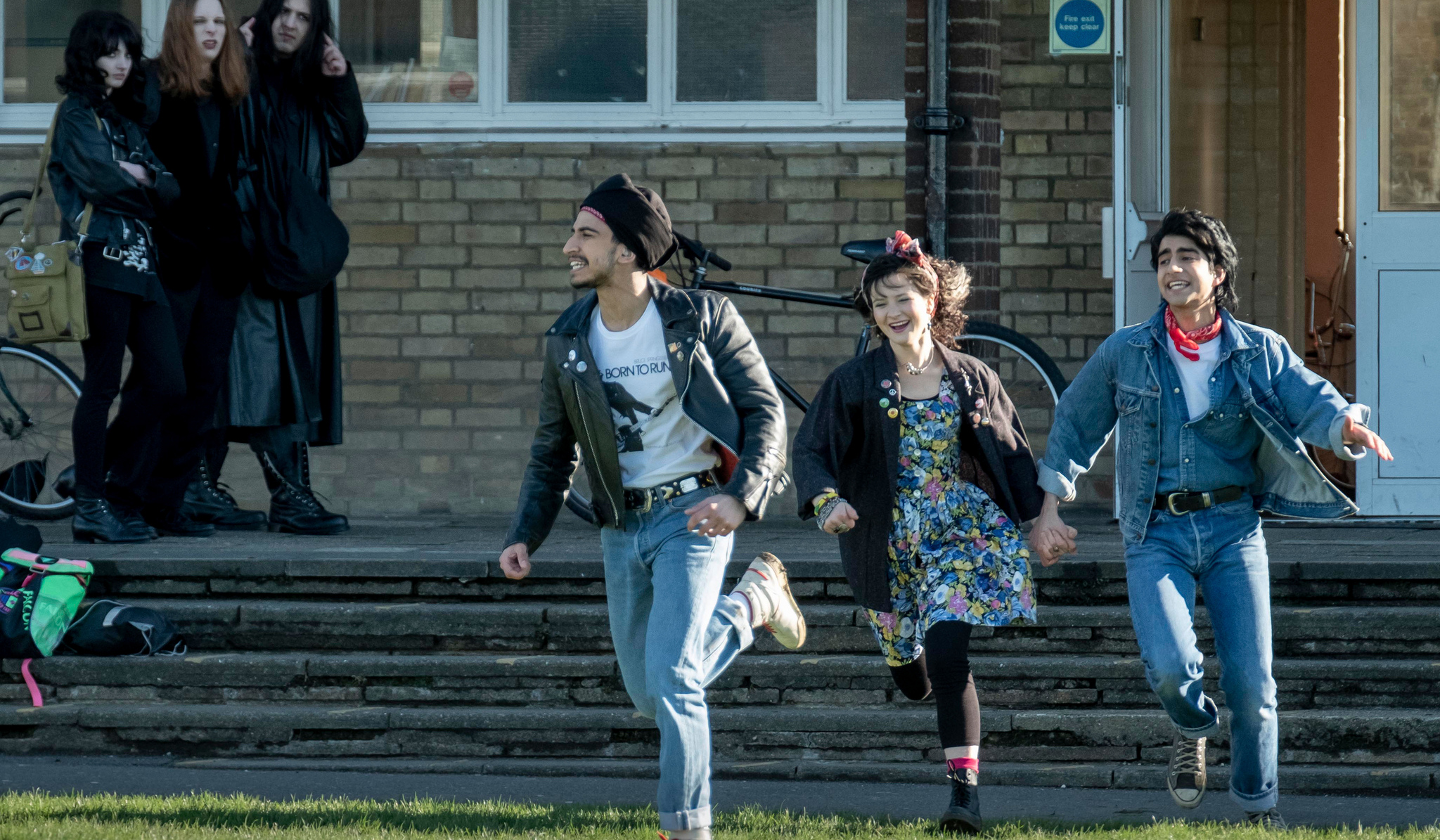 Viveik Kalra, Nell Williams, and Aaron Phagura appear in Blinded by the Light by Gurinder Chadha, an official selection of the Premieres program at the 2019 Sundance Film Festival. Courtesy of Sundance Institute | photo by Nick Wall.

Sundance 2019: “Blinded by the Light” Review

Set in 1987 in a suburb of London, Javed (Viveik Kalra), a young Pakistani man is working to complete his exams to go to University when the pressures of the social and political climate start taking over his world. His father is laid off, the rampant racism that was present at the time was targeted at his family, and all he wanted to do was be a writer. Once in school, he meets Roops (Aaron Phagura), another young Pakistani man who introduces him to the music that would change his life: the music of Bruce Springsteen. Through the music of Bruce, he can find his voice and follow his dreams, overcoming the various obstacles, including himself, who tell him that it can’t be done.

What makes Blinded by the Light so incredibly powerful and meaningful to audiences is that the message behind it is inspirational and powerful: music can cross boundaries and inspire us in ways we cannot foresee. Equally crucial to the impact of the film is the unfortunate parallels it is drawing in our current political climate, especially here in the United States with the rise of racism and Neo-Nazi couple with a conservative regime. Despite taking place over 30 years ago, it is all too relevant today and allowing those parallels to be drawn, also allows the audience to fully embrace the overwhelming sense of joy and hope that the film brings.

What I truly love about the film is the way in which it handles a somewhat complicated relationship between father and son. Trying to bridge the gap between a young man who has grown up in the UK and his father from Pakistan is done with such honesty and care, that it becomes one of the most reliable parts of the film. The relationship, while strained, is shown as a powerful driving force for both Javed and his father.

Newcomer, Viveik Kalra is incredibly charming and charismatic in his first film appearance. He embodies all the despair and depression that his character requires, but also gives the audience a sense of joy and hope. The scene in which he tries to woo Eliza (Nell Williams) is corny, but his pure innocence and honesty that he portrays make it so incredibly endearing that you can’t help but smile.

Without even hearing the introduction to the film that was given at Sundance, you can tell people who adore Bruce Springsteen made the film. Director Gurinder Chadha and writer Sarfraz Manzoor injected all their love for Bruce and what he meant to their lives into the film. The scene where Javed discovers Bruce for the first time is all-encompassing for the audience. We get the flashy visuals with the words floating across the screen, coupled with lightning strikes, Every part of the film is full of passion and love for the impact that Bruce has had on their lives.

Blinded by the Light is a feel-good, toe-tapping, inspirational film that seeks to remind us that music is not only an escape but one that can inspire and transform our lives. Newcomer, Viveik Kalra has undoubtedly made a name for himself in this film. What Gurinder Chadha has created is something that serves as an escape from the world to a place where Bruce really is The Boss.