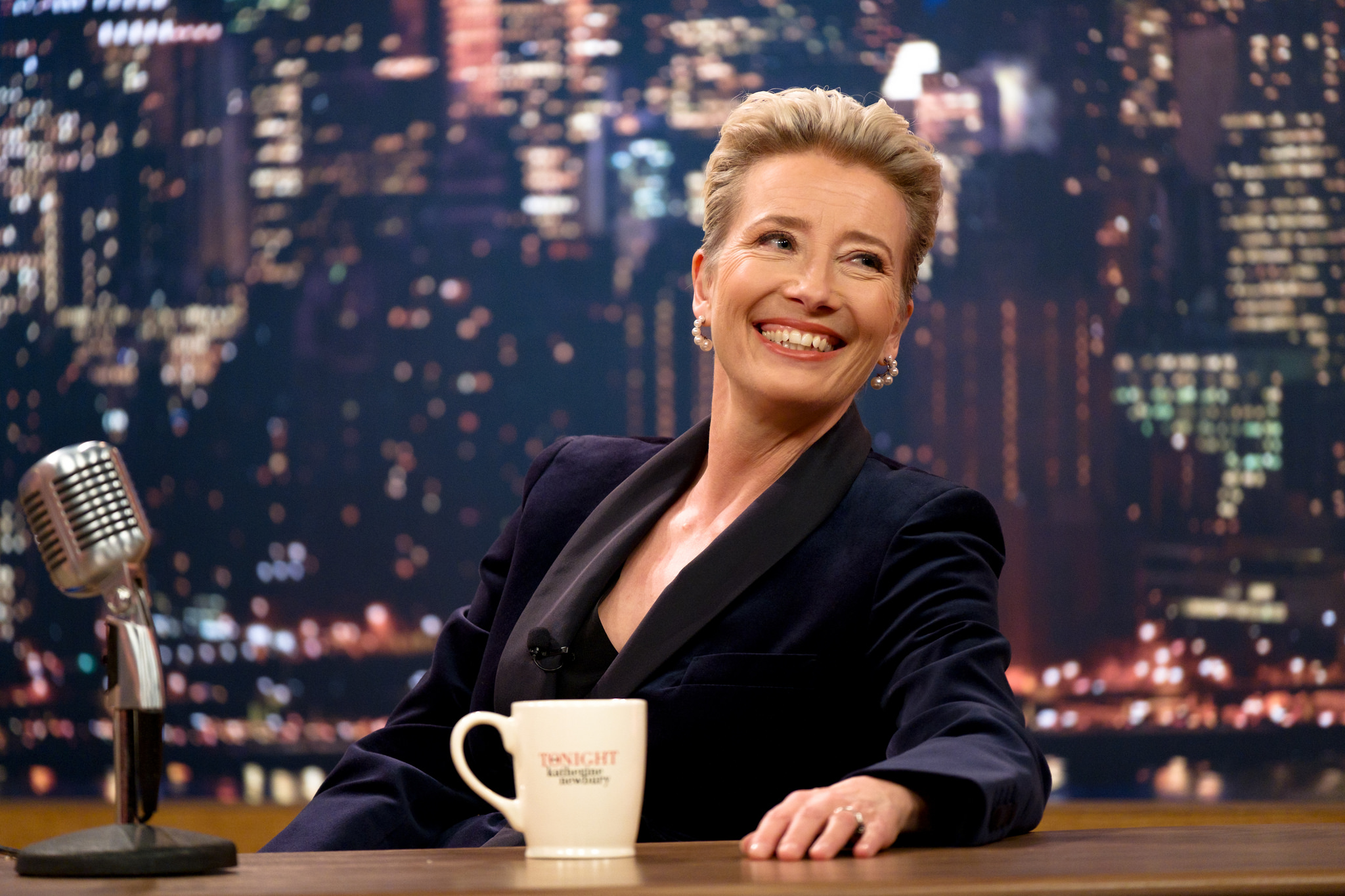 Emma Thompson appears in Late Night by Nisha Ganatra, an official selection of the Premieres program at the 2019 Sundance Film Festival. Courtesy of Sundance Institute | photo by Emily Aragones.

Usually, festival films tend to be heavy and darker in topic and nature, but Late Night is a breath of fresh air. Directed by Nisha Ganatra, Late Night tells the story of Katherine Newbury (Emma Thompson), the only female late night talk show host who is going to be replaced on her show if she doesn’t shake things up a bit. In an attempt to do so and prove she doesn’t have a problem with women, she hires Molly Patel (Mindy Kaling) as the only female and person of color writer on her show. What no one on the show was expecting was for Molly to be such a driving force in the changing of the show and of Katherine herself.

Mindy Kaling’s unique and fresh voice shines through the film. She holds nothing back in addressing tokenism, gender bias, and more head-on. She doesn’t shy away from material that tends to push the envelope and call out society for its double standards. As she begins to change the workplace around her, her male co-workers start to recognize her talent and unique point of view.

Emma Thompson is splendid in this role. She takes on a role that requires the audience to embrace a woman dominating in a typically a man’s field. As the only female late night talk show host, Katherine holds herself to a level of excellence and expects only the best from herself. Her show is established on being intelligent and engaging, but what she quickly learns is that she needs to become more relevant and relatable without losing her intelligence and wit, which made people love her in the first place.

Mindy Kaling as Molly is perfection. I have missed her so much since the end of Mindy Project and the short-lived Champions on NBC. With Molly, we get to see the humorous and honest character, but we also get to see something that we don’t often see, a woman who doesn’t have to hide her emotions to become a success. Molly, in a sense, is everything women have been told not to be in the workplace. She is honest to a fault, emotional, and open. Seeing Molly’s success in the film, while somewhat formulaic, allows us to feel that change is coming and fast. 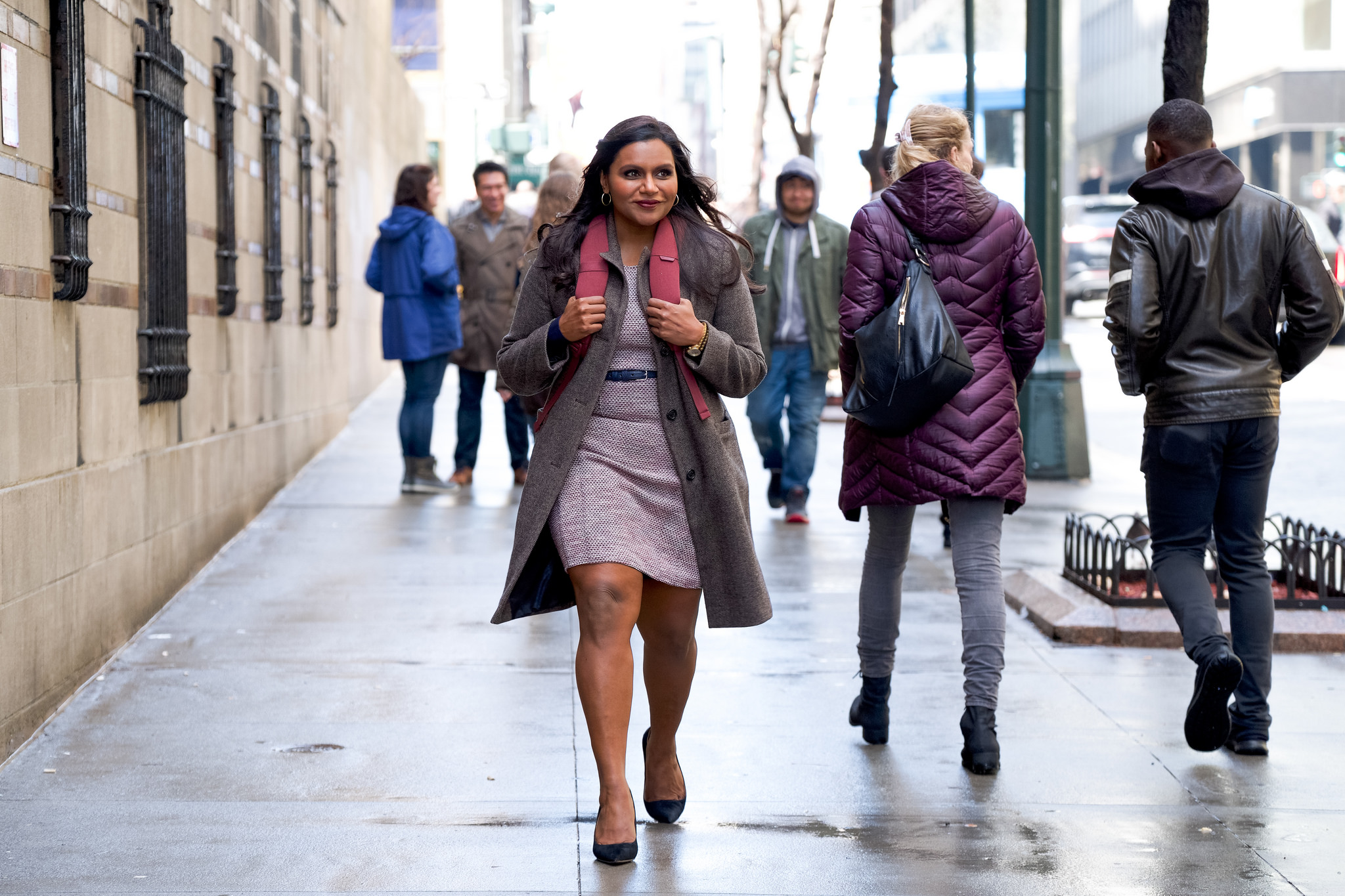 Mindy Kaling appears in Late Night by Nisha Ganatra, an official selection of the Premieres program at the 2019 Sundance Film Festival. Courtesy of Sundance Institute | photo by Emily Aragones.

The rest of the supporting cast is magnificent. John Lithgow, one of my favorite actors, gives a wonderful performance as Walter, Katherine’s husband. Denis O’Hare, Hugh Dancy, and Reid Scott stand out as particularly great performances from the male writers at the show. The scenes in which Molly gets to interact with the various writers are hilarious and heartfelt at times.

Late Night succeeds so well because it is a breath of fresh air. The female-directed, led, and written Late Night gives us a film that is decidedly different. Not only was the film headed by females, Ganatra revealed during the Q&A that the film was gender balanced behind the camera, hiring equal amounts of men and women to work on the film. These are the changes we like to see in Hollywood and people will begin to take notice. Late Night‘s sharp and unapologetic writing combined with stellar performances from Kaling and Thompson make it a must-see this year at Sundance.