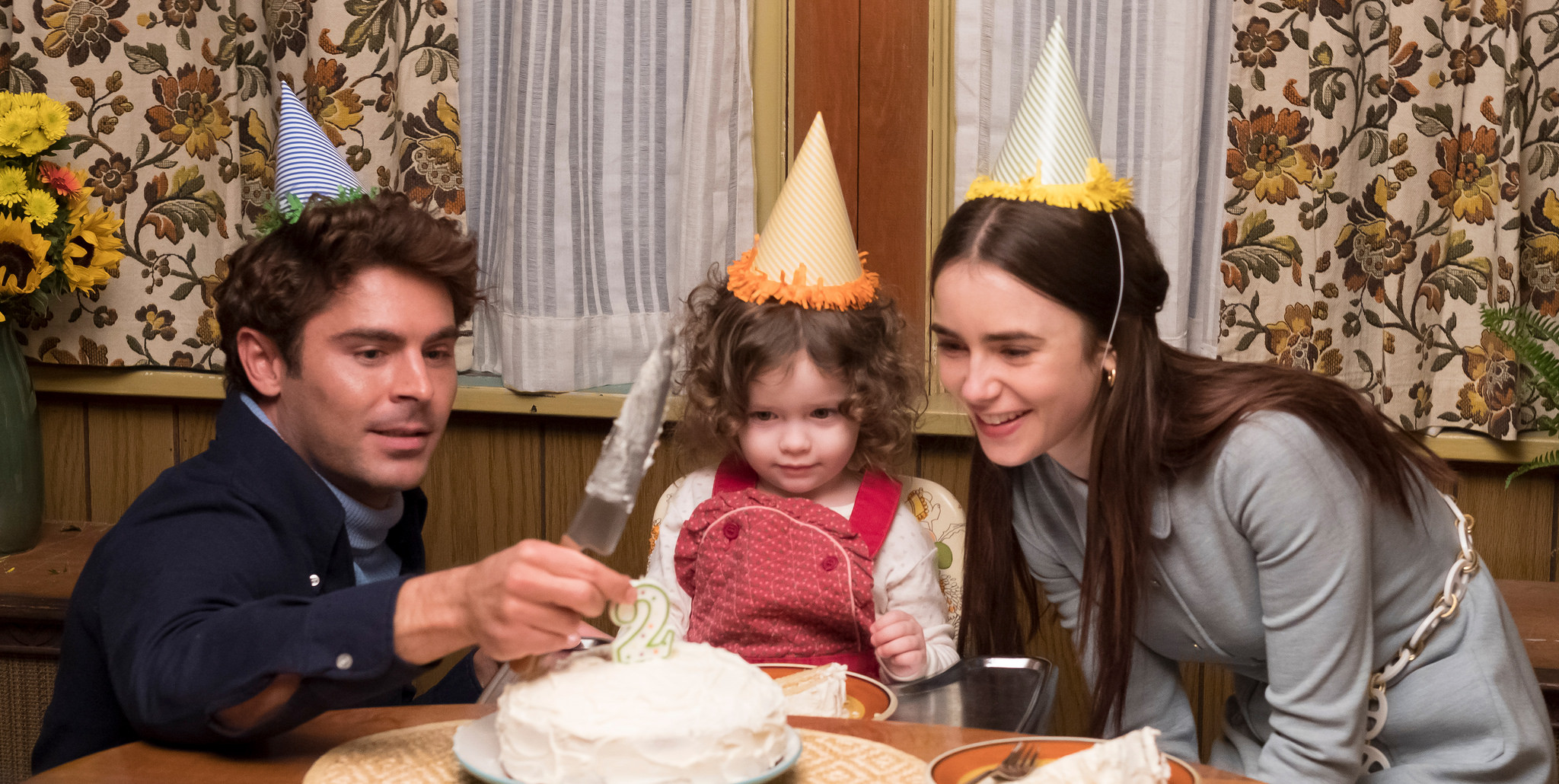 Sundance 2019 Review: Extremely Wicked, Shockingly Evil and Vile lives up to the hype.

Extremely Wicked, Shockingly Evil and Vile has been making headlines ever since the news broke that Zac Efron had signed on to play Ted Bundy. As someone in the industry, I can confirm that there has been a lot of talk about this project over the past year. Most films that play at Sundance don’t typically have a whole lot of hype before their festival premiere, but Extremely Wicked, Shockingly Evil and Vile is an exception. There has been a lot of word of mouth built up about the film, and because of that, I believe this film is going to be one of the more successful films to come out of Sundance this year.

People are fascinated by serial killers. The recent Netflix documentary series Making a Murderer was a huge hit, and when it comes to movies about them, they tend to bring in an audience and fair well financially. Extremely Wicked, Shockingly Evil and Vile is a Ted Bundy bio-pic but one that is done in a way that feels fresh and different. Instead of focusing on who Ted Bundy’s killed, Joe Berlinger decided to create a film that would ultimately examine how charming and personable Ted Bundy was. We get to see Zac Efron become Bundy and throughout the film get to see why so many people were drawn towards him even though he was wanted for murder. In a lot of ways, it was downright horrifying watching Zac Efron play Bundy because the role played to all of his strengths and made his performance so much more convincing.

If you are expecting a Ted Bundy movie that is full of violence and gore, I hate to break it to you, but this isn’t that movie. This is a character-driven drama that shows how Ted Bundy operated and how his girlfriend Elizabeth Kloepfer played by Lily Collins became a victim simply because she loved him and wanted to believe that he was innocent after seeing how he treated her and her daughter. I think it was a great idea that director Joe Berlinger decided to tell this story from the perspective of Elizabeth. It gave the film a lot more depth but also, made it stand out from all the other Ted Bundy documentaries, tv shows, and movies that have been previously released.

The film takes place throughout 21 years and during this time we see Bundy keep his cool while saying he is innocent of all the accusations that have been made against him. We see Ted Bundy being arrested in several states including Utah, Colorado, and Florida. We hear about a lot of his violent acts including multiple incidents of rape and murder. I appreciated how Berlinger instead of showing graphic visuals, he instead allowed the audience to use their imagination when it came to the murders. It isn’t until the third act which highlights the court case that led to Bundy’s execution in 1989 where we see photographic evidence of what Bundy has done. I appreciate filmmakers who don’t need to be overly graphic but can still get their point across. Berlinger knows that most people who are watching this film are somewhat familiar with who Bundy was, therefore, making this more about the man rather than his crimes.

While many would think that a Ted Bundy bio-pic would be all about the Ted Bundy performance, I would argue that this is a two-person show. Zac Efron is absolutely terrifying and unbelievably convincing as Ted Bundy. He becomes the serial killer and somehow makes you root for him even though you know that he is a murderer. This is a career-best for Efron and one that I can see being deemed awards-worthy.

As someone who has been a big supporter of Lily Collins for quite some time, I am hopeful that this performance will get more people talking about Collins. While Efron’s role as Ted Bundy is definitely what will sell this film to audiences, it is Lily Collins who does a lot of heavy lifting. Her performance as Elizabeth is the strongest she has ever been on-screen. Her take on Elizabeth is one that is incredibly complex, and Collins poured her heart and soul into this role. This might be somewhat shocking to hear, but I think that at certain points in the film, Collins outshines Efron which is one hell of a compliment since this is also a career-best for Efron.

As expected there are quite a few scenes between Efron and Collins and almost all of them are electrifying. These two have dynamic on-screen chemistry which plays a big part as to why this film works as well as it does. The final scene between Ted and Elizabeth is raw and powerful. Watching Elizabeth beg Ted to tell her the truth is one of the most memorable scenes that I have seen in any film at Sundance so far this year.

The supporting members of the cast are all really good as well. Haley Joel Osment plays Elizabeth’s co-worker, and while this character could come off as cliched, I felt like he was genuinely concerned about Elizabeth’s well-being and mental health. Jim Parsons shows up during the final act as Larry Simpson, the prosecutor who represented the state of Florida in the Bundy case. Parsons is good in the role, and it’s a nice departure from his Sheldon Cooper role on the Big Bang Theory. However, out of all of the supporting cast, the most standout is John Malkovich who plays Judge Edward D. Cowart. His courtroom banter was great, and there was something noteworthy about the way he spoke to those in court. It didn’t feel like the typical judge character that we see in most films.

Extremely Wicked, Shockingly Evil and Vile is a fascinating biopic featuring two career-best performances by Zac Efron and Lily Collins. While most already know the story of Ted Bundy, this film tells the story in a unique way and as a result will get people talking. While some may be disappointed by the lack of violence and gore, I appreciated it more for telling a lot of the Bundy story through the eyes of Elizabeth Kloepfer. This made the film a lot more captivating while showing a new side of this story to the world.

I look forward to having conversations about this one when more people see it later on this year.

Scott Menzel’s rating for Extremely Wicked, Shockingly Evil and Vile is an 8 out of 10.