A24 is back at Sundance now that their horror films are a brand unto themselves. The Hole in the Ground certainly fits the A24 mold, so fans of The Witch or It Comes At Night will get their minimalist fix, but fans of Hereditary will also get some intense, in your face moments.

Sarah O’Neill (Seana Kerslake) is a single mother to Chris (James Quinn Markey), trying to refurbish a remote home by the woods. They discover a a giant crater behind the woods, and one night Chris goes missing. Sarah calls the police in a panic, but when Chris returns, she begins to suspect he’s no longer her son. Well, it doesn’t help that a creepy old lady whispers, “It’s not your boy” and bangs on the car window until it’s bloody.

So, first things first. If you’re coming to see The Hole in the Ground, you are going to get what you pay for. That is one big hole! Whatever else the movie has to offer, no one can say they did not get to see a hole in the ground.

There’s also plenty of intimate closeups of Sarah scraping old wallpaper off the walls. This is A24 after all. The minimalism escalates quickly though as Chris starts being creepy and getting angry with his new super powers, while Sarah imagines some violent bone snaps and spiders, if that gets you.

The metaphor is that children can be both angels and monsters. It’s stated explicitly, but anyone who’s had children or known parents can relate. You love them with every fiber of your being, and that gives them the power to terrorize you. Fortunately, most parents only have to deal with tantrums that pass with maturity. Some parents deal with with more intense needs though.

Reality starts to break for Sarah and some of her visions are graphic. Chris gets more threatening, and Markey makes even singing scales scary. The finale is literally Sarah braving the darkness to save her son, as it should be, as most mothers are badass enough to face literal and metaphorical demons for their children. You do see some creatures in The Hole in the Ground though. 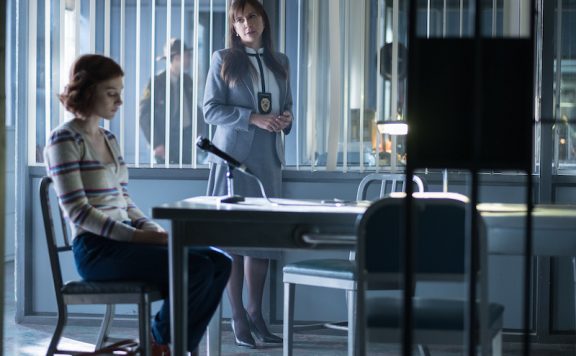