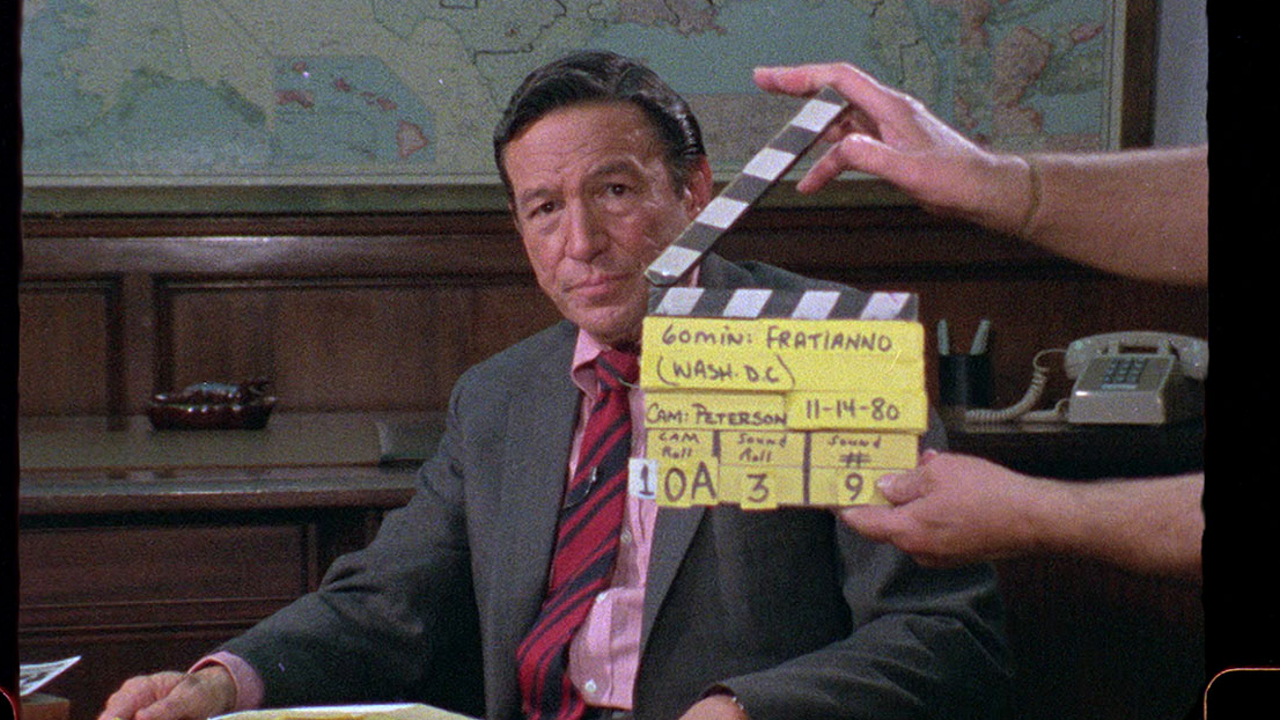 Best known for decades of aggressive journalism, Mike Wallace truly pioneered a broadcasting evolution. A formidable presence on the air, the acclaimed 60 Minutes correspondent made a career out of asking the hard-hitting questions other reporter wouldn’t dare. Nowadays, journalism is caught in a manufactured war of “fake news.” Trust in the news media has been challenged. Cynicism continues to spread like a plague. It’s only timely that Avi Belkin’s documentary, Mike Wallace Is Here examines an icon who was out for the truth and wouldn’t back down.

Belkin assembles Mike Wallace Is Here through archival footage, aiming for a linear narrative. Discouraged by his acne as a youngster , Wallace originally believed he had a voice and personality more for radio than television. Despite television still being fairly experimental back in 1949, Wallace was certainly ambitious after switching mediums. From awkward promoting Parliament cigarettes on-air to reporting to voice characters for The Green Hornet, Wallace assumed various roles. He wasn’t one for sitting on the sidelines, but to revolutionize the industry. Belkin’s narrative shift to Wallace’s tenure at The Mike Wallace Interview and Night Beat set the groundwork for the hot trigger interviews later in the documentary.

Throughout his career, Wallace had the opportunity to interview various notable figures. From gangster Mickey Cohen to Martin Luther King Jr. to Malcolm X and even Barbara Streisand, Wallace knew precisely how to press his interviewees with the tough questions. It’s the same level of intensity one expects nowadays from Fox News’ Bill O’Reilly, albeit less off the rails. Wallace even interviewed a younger Donald Trump back in the day. And even back then, Trump is rambling on about Soviets, arms and incompetence in the White House. Some things never change, though if Wallace were still alive, that’d be a head-to-head for the ages.

And while Wallace’s involvement in 60 Minutes and “news magazine” style television piques plenty of interest, it’s the scandals and nail-biting interviews that are the most juicy moments. Particularly, his sit down with Ayatollah Khomeini keep you on the edge of your seat. Whether you watched it for nearly 40 years ago or if Mike Wallace Is Here brought it to your attention for the first time, the face-to-face is intense. Opposite to what he’s accustomed to, Wallace finds himself with less control over the interview, yet poses his signature hard-hitting questions. Khomeini just glares at him, but you have to respect Wallace for being at solid journalist. Towards the end of the documentary, Wallace interviews Vladimir Putin, a close second in terms of intensity.

While Belkin focuses a majority of Mike Wallace Is Here on the performer we knew from on-air, there’s also a taste of his private side. Yes, early on his insecurities are addressed with his acne, but it’s not until we understand the behind-the-scenes tragedies in Wallace’s life where we’re offered a broader canvas. At one point, if Wallace says he’d choose work over family, which is nearly absent. And between the death of his son and his depressive nature, Wallace was faced with plenty outside of his career. It brings depth to the man, who we only knew through our television screens decade after decade. We only saw one side of the man. In addition, Wallace is shown several times as the interviewee, toying with his vulnerability as well.

Last year’s Won’t You Be My Neighbor provided us with an uplifting documentary about an iconic television personality. Mike Wallace is Here does the complete opposite as a well-informed, yet depressing documentary. It’s simply where the source material taking shape. While Wallace passed away back in 2012, Mike Wallace Is Here does a respectable job at examining a man who never left us. Belkin reminds us that while the industry in tumultuous times, we cannot forget such an influential legacy.