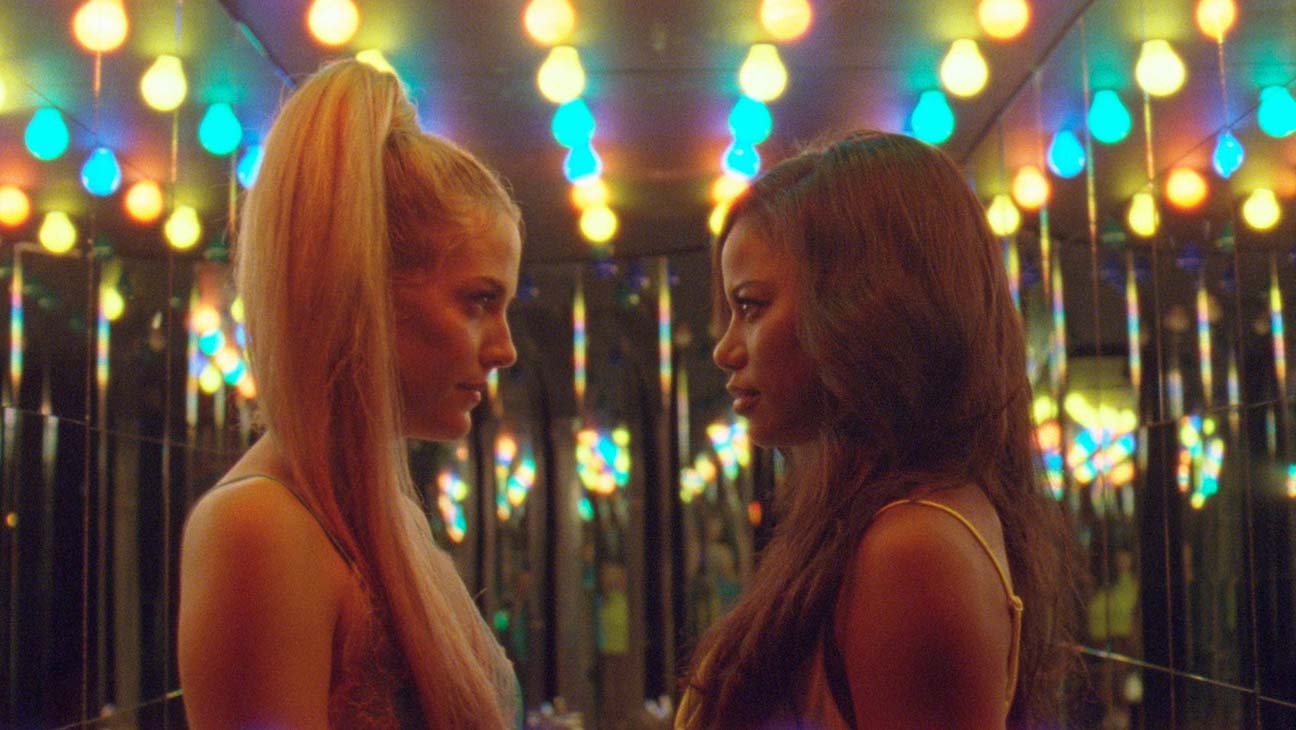 Sundance 2020 Review: Zola is like that one A24 movie combined with that other A24 movie.

I want to begin this review by fully admitting I have a love/hate relationship with A24. As a studio, A24 is incredible. They pride themselves in supporting independent filmmakers and promote the majority of their films in unique ways to ensure each film finds an audience. For the past seven years, I have watched A24 grow, and I couldn’t be more proud of the studio for promoting daring and ambitious stories celebrating inclusion and pushing boundaries. I sincerely wish there were more studios out there like them.

That said, the films they’ve released vary significantly in terms of quality. This can easily be said about all studios, but with A24, I notice it a lot.  The studio has released some truly remarkable films such as Room, Moonlight, 20th Century Women, Eighth Grade, The Farewell, and Waves. On the other hand, they’ve released films like Barely Lethal, The Vanishing of Sidney Hall, Hot Summer Nights, Mid90s, Spring Breakers, and The Bling Ring, which I know people have different takes on but personally, I think are awful movies. More importantly, they have also released a bunch of films that feel are oddly similar, and as a result, have created their own set of clichés that fit their brand.

I am pointing all of this out because the studio’s newest film, Zola, which premiered at the 2020 Sundance Film Festival, completely fits for the A24 brand while also standing out as a glaring example of how similar it is to their other films in terms of themes and storytelling.  In other words, Zola is like that one A24 movie combined with that other A24 movie. But before I get into specifics, let me briefly touch upon the film’s plot.

Inspired by a series of tweets from A’Ziah King, aka @_zolarmoon, Zola combines the details from over 140 tweets posted on October 27, 2015, as well as some creative liberties taken by screenwriters Janicza Bravo and Jeremy O. Harris. When Zola (Taylour Paige) meets Stefani (Riley Keough) at a restaurant, the two instantly form a friendship over their love of pole dancing. Within a few days, Stefani invites Zola on a road trip to Jacksonville, Florida, to make money dancing at various strip clubs. Zola loves the idea and agrees to come wholly unaware that Stefani is a sex worker, and Zola is part of a much larger plan.

Granted, the plot of Zola sounds interesting, especially considering a lot of this story is based on actual events. However, one of my main issues is that it doesn’t do this crazy story justice. The film relies far too heavily on being loud and over the top instead of presenting the audience with this story and letting the events speak for themselves. Instead, we get a bunch of loud and obnoxious characters who aren’t all that interesting. I understand Bravo and Harris were trying to be authentic when bringing these characters to life, but everyone just felt like an exaggerated stereotype.

I don’t blame or hate the actors for this, as they are only doing the job given to them. They are doing their best to fit the tone of the film being made, but there isn’t anything all that special about playing a stereotype we’ve seen countless times before. I have to give some credit Taylour Paige. She stands out more than the rest, as her character has something of an arc. Paige is committed to the project, and, at times, she elevated the film, even though the script doesn’t give her much room. I know others have mentioned this, but Riley Keough’s character feels ripped right out of The Florida Project. Again, Keough isn’t bad, but she’s playing someone we’ve seen before, let alone some similar to whom she played in American Honey.

Nicholas Braun, who plays Stefani’s boyfriend Derrek, is another clichéd caricature. You can tell Braun is a great actor because he somehow makes the material work and is somewhat amusing to watch, but this role is so beneath him. It feels like something ripped out of a 90s romantic comedy, where the boyfriend is such an overblown nice guy who is incredibly clingy and completely clueless. There are a handful of other notable actors in the film, including Colman Domingo and Jason Mitchell, who like the rest of the cast, do the best they can given what little they have to feed on.

Zola is a mixture of genres, but the tone feels very similar to that of Uncut Gems. There is this level of erratic intensity throughout the film that will work for some, but not everyone.  I could tell some people in my audience were really hooked while others were wondering what the point is. This is why film is a subjective art form because some people probably feel this type of filmmaking is highly effective while others hate it. What worked for me in Uncut Gems didn’t work here. I couldn’t connect with any of these characters and didn’t understand how someone would go on a road trip with a stranger. I understand how Adam Sandler’s character was addicted to risk and gambling in Uncut Gems. What happens in Zola made no damn sense.

This brings me to the script, which again was inspired by a series of tweets. I fully understand how the film weighs very heavily on the idea that the audience will keep thinking to themselves, “Oh my god, this can’t be real,” but there should be more to a movie than just shock value. Zola is aimless in terms of its storytelling, but couldn’t stop trying to shock the audience. There are glaring plot holes in this film, including one where Zola and Stefani end up in a house with gang members looking to have a gang bang. I don’t want to spoil anything, but it is never shown how the two end up out of this scene, yet the movie carries on, hoping the audience doesn’t ask. The film also ends with minimal resolution or closure. I spent 90 minutes with these characters, so I want to know what happened to them or where their lives are going. Instead, it feels like the film just ends.

In the end, Zola is a mixture of random scenes and ideas ripped directly from other movies, including a bunch of A24 titles. There is definitely an audience for Zola, but I am not it. Zola represents everything I have come to hate about A24 over the years. It’s a film made to provoke rather than say something meaningful. It celebrates negative stereotypes, poor decision making, and bad behavior. It is hollow as hell but art is subjective, and everyone can rightfully have their own thoughts. 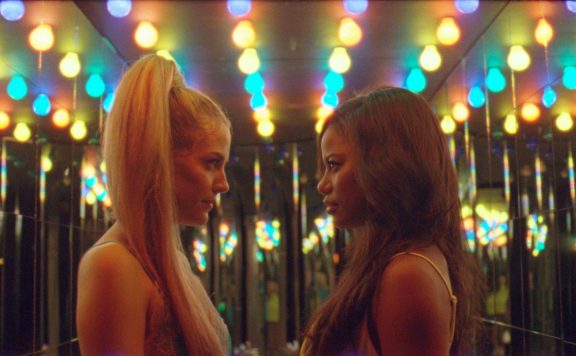 Sundance 2020 Review: Zola is like that one A24 movie combined with that other A24 movie. I want to begin this review by fully admitting I have a love/hate relationship with A24. As a studio, A24 is incredible. They pride themselves in s...
0
Average User Rating
0 votes
Please sign in to rate.
Cast:Colman Domingo, Nicholas Braun, Riley Keough, Taylour Paige
Director(s):Janicza Bravo
Writer(s):Janicza Bravo, Jeremy O. Harris.
Genre:Based on True Events, Comedy, Drama