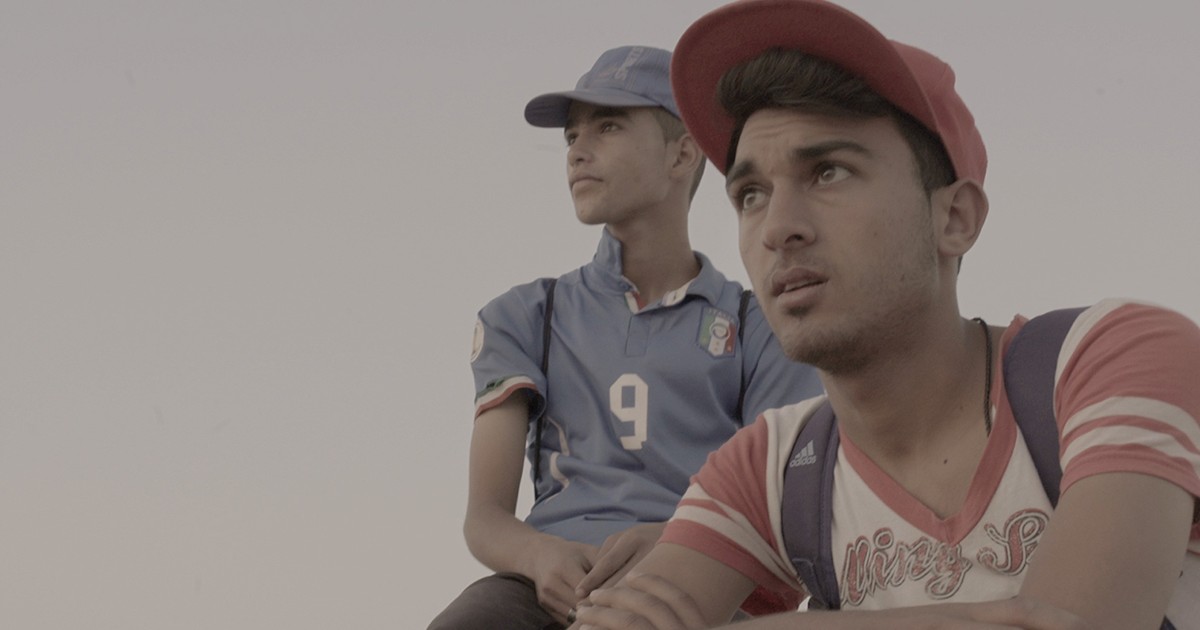 Opportunities are rare beasts in a refugee camp. These are places of stagnation and perpetual limbo, and any real plans for the future almost seem fanciful. Captains of Za’atari indeed feels like a fairy tale, with its two leads on an incredible adventure that’s so inspirational that if this wasn’t a documentary, audiences would probably believe it was made up. Packed full of hope, ambitions, and dreams for a better life, Captains of Za’atari highlights both the plight of the Syrian refugee and the seemingly limitless fortitude of the human spirit. Director Ali El Arabi takes great care to ensure that his stars’ interactions are as natural as possible, making Captains of Za’atari a compelling, deeply human story of overcoming the odds to achieve the impossible.

Mahmoud and Fawzi are two teens who live in the Za’atari refugee camp in Jordan, having fled Syria during the civil war unrest. Their futures are uncertain: within the camp, they have few long-term prospects, and it’s unclear whether they will be able to move on from Za’atari and make a home in a new country or eventually return to Syria. They and their families exist rather than live. However, their parents hold out hope that the younger generation, their children, will be able to claw their way into a better situation through education.

But for these two teenage boys, all of their hopes are hung on soccer. They both play for the camp’s team, and when a scout from a Qatari sports academy who is attempting to build a Syrian national team to participate in a youth tournament turns up, it seems as though their hard work might finally pay off. And indeed, both boys are selected for the team (after a brief kerfuffle over Fawzi’s age, which would disqualify him from competition but is apparently smoothed over easily enough) and make their way to Qatar for training. Although just a brief flight away from the camp, their new lodgings with all their luxury and opulence may as well be on another planet. It’s here that they begin their work as part of this new team, one that represents not just their own personal change of fortune, but a new beginning for their country, so recently devastated by war. 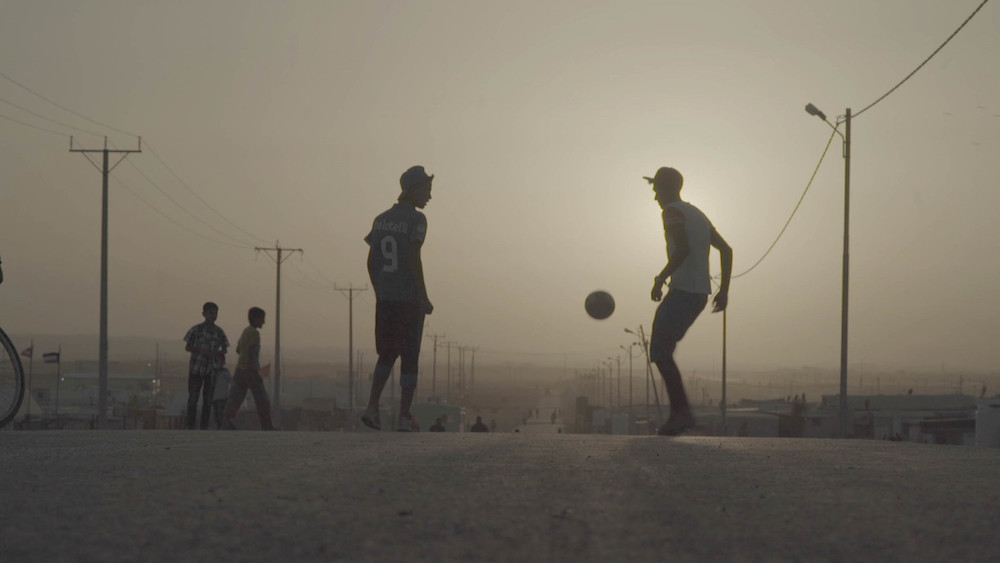 The Syrian team isn’t exactly competitive on an international level, per se. They’re not much of a match for the other, better-funded teams that they play against, whose members likely trained professionally since childhood. But the fact that this team exists at all is something of a miracle. As young people, they represent the future of their nation, precarious and tentative but also incredibly hopeful as they rise from the ashes of a country at war with itself.

There are parts of Captains of Za’atari that feel almost too slick — when there are long sections of dialogue between these two inseparable friends, it’s difficult not to wonder how much of this is documentary in the truest sense of the word, and how much has been rehearsed or was orchestrated specifically for the camera. But this speaks to the skill in which El Arabi made his camera almost invisible and capture genuine interactions at such close range that goes well beyond the capabilities of most documentarians. It also shows an innate trust that these teens had for their director, to be so vulnerable on camera and allow him almost unlimited access to their lives.

And then, some moments involve larger groups but still maintain an intense intimacy. When the boys play in the biggest game of their lives, it seems as though half the refugee camp has gathered to watch them play on television. The camera turns from face to face and captures such a powerful sense of pride that had been denied them so long. When they became refugees, they lost almost everything, not just their belongings but a place to belong to. What this game, this team, represents for them is a sort of spiritual homecoming. That even though they may not ever return to the Syria they once knew, some version of it still exists.

Personal success as professional footballers may or may not await our two bright-eyed heroes. But the fact that they, a pair of young refugees displaced from their homeland and former lives, are even given the opportunity to follow their dreams despite the odds is a startlingly powerful message of hope. Captains of Za’atari has the technical proficiency of a documentary but the spirit of an inspirational sports movie and will win over even the most cynical viewer’s heart.

Sundance 2021 Review: ‘Captains of Za’atari’ Is a Sports Documentary With Heart

Two best friends trapped in the Za'atari Refugee Camp in Jordan have an undying dream of becoming professional football players. When a world-renowned sports academy visits the camp, they now have a chance to make this dream come true.
0
Average User Rating
0 votes
Please sign in to rate.
Film:Captains of Za'atari
Director(s):Ali El Arabi
Genre:Documentary 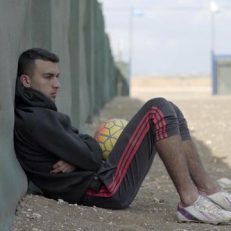 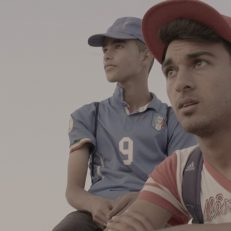 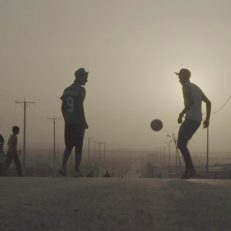