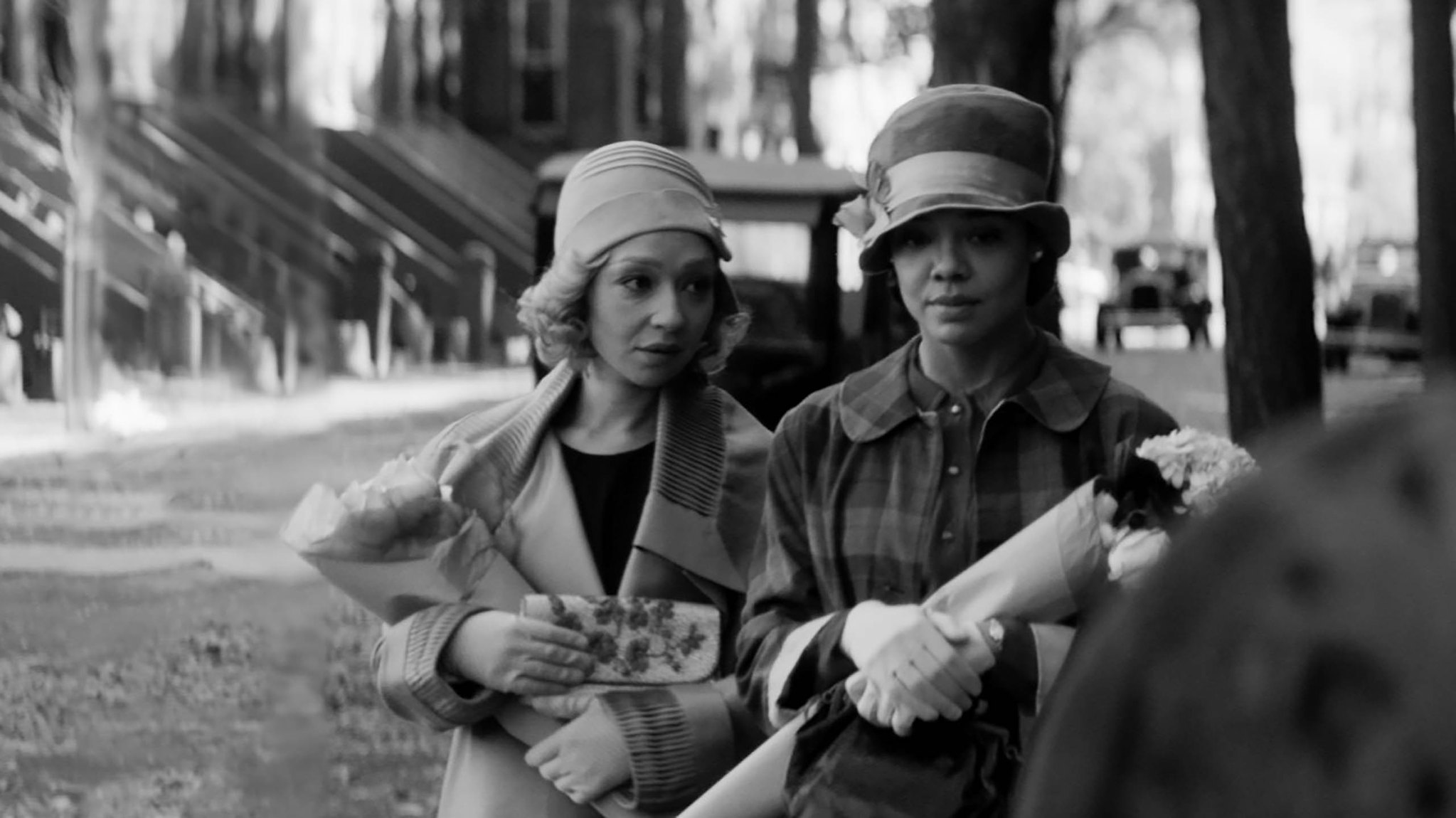 It is not often that a work of fiction comes out, and its themes and subject matter still resonates almost 100 years later. But such is the case with Nella Larsen’s 1929 novella, Passing, on which actress/writer/director Rebecca Hall based her directorial debut. But more than the subject matter, what really makes this adaptation worth its weight in gold is the reverence and attention to detail that Hall and her crew give the film.

Passing tells the story of two black women, Clare (Ruth Negga) and Irene (Tessa Thompson), in the 1920s who grew up together, but as they got older, their paths diverged as Clare moved away and started “passing” as a white woman. Clare and Irene are diametrically opposed — the former is alluring and more of a free-spirit; she knows that she wants and she’ll do whatever it takes to get it while the latter is more reserved, concerned about people’s perceptions, and trying to live the life of a “model minority.” Clare seems to be duality incarnate, being whatever she needs to be, whenever she needs to be. But is that a betrayal of self?

In reality, her existence is lonely and ultimately dangerous. On the other hand, Irene is the picture-perfect facade of happiness, but she is in denial about so many aspects of herself, which leads to her unraveling. One unassuming hot summer day, the two women’s paths cross during one of the few times that Irene uses her fair complexion to her advantage to gain access into a hotel restaurant to get out of the stifling heat. Since the last time they saw each other, the two women have started families — Clare has married a white man and has a daughter, while Irene has married a black man and is now raising two boys. After catching up over small talk after years of separation, the two women embark on an obsessive journey that will challenge their notions about the world and alter the course of their lives forever.

Director Rebecca Hall’s adaptation stays true to the novella in terms of its pacing and subtly, so much so that those unfamiliar with the novella may think the film too slow or even boring at times. But that is a deliberate choice — it allows the viewer to take it all in — the emotion, expressions, set design, wardrobe, the characters themselves, and most importantly, it doesn’t distract from the serious and thought-provoking subject matter at the heart of the film. The pacing keeps the film realistic and indicative of the time period. The viewer can better internalize the two different worlds the women inhabit and the consequences of those worlds overlapping.

Throughout history, minorities, blacks, particularly, have “passed” as white to escape the brutality and injustice of racism and improve their lot in life. But this is no easy feat, nor is it without its consequences. Even in today’s society, “passing” or a variation thereof (making oneself more palatable to Western European standards) — from skin bleaching to the way you wear your hair to “code-switching” — is still a major topic of cultural discussion, especially amongst black women. But during the time period in which this story takes place, passing could be a matter of survival or social climbing, but being found out could have dire consequences.

Hall and her cast take on such a heavy subject with such a layered delicacy. The acting from the cast really brings the story off the page. The emotion, longing, and intensity that Negga brings to her character is palpable — she seems to relish in the role of Clare. But is that a betrayal of self? Thompson also brings a quiet dignity that masks a deeper yearning for something else to Irene’s role. The chemistry between the two leads is electric and subtly brings to the forefront the queer undertones of the story and the women’s relationship — there are some shots in the film where the two are on opposite sides of the room but share a glance, and you can just feel it. Both women are somewhat envious of what the other has.

André Holland, who plays Irene’s husband Brian, really shines in this film as well. Like everyone else she comes in contact with, he is smitten with Clare, and he challenges his wife’s propensity to live in a fictional bubble where she tries to keep the harsh realities of the world out, especially when it comes to their children.

But what really makes Passing such a memorable and beautiful film is its execution and attention to detail. Everything is deliberate, thought out, and serves a purpose — nothing is superfluous. Shooting the film in black and white adds to the film’s intensity and just makes it visually stunning. The film is like a collection of James Van Der Zee photos come to life. Hall said it best when she said it’s “Not a ‘black and white’ black and white movie,” meaning it is meant to visually represent the gray areas, nuance, and ambiguity of the situation. What would you do to get everything you ever wanted? The cinematographer Eduard Grau uses light beautifully throughout the film — he knows how to shoot a stylish film, having also done Tom Ford’s “A Single Man.”

There was also some great symbolism in the visuals — take, for instance, the growing crack on Irene and Brian’s bedroom ceiling that spreads and symbolizes the growing fissure in their marriage and Irene’s well-being. But what really brings it home is the film’s score by Devonté Hynes and music editor Chad Birmingham — the “tickling of the ivories” at the scene changes was perfect and captured the mood.

Having read the novella on which this film was based, I knew what was going to happen. Still, as the book’s end was open-ended and up to interpretation, I was curious to see how the film would handle that, the lesbian undertones and weight of the social/class/race issues. But as a directorial debut, Hall’s Passing handled it all with care. The issues of “passing,” exoticism and voyeurism, shame, jealousy, survival, and being true to oneself is food for thought and definitely give viewers a lot to chew on — a testament to Larsen’s dialogue and social commentary. Are we all “passing” in one way or another? It makes us question our notions of race, class, and colorism and shines a much-needed light on a subject matter that has been in the black community (and other minority communities) for a long time and, in the end, sums up to be beautiful, thought-provoking film that sticks with you. 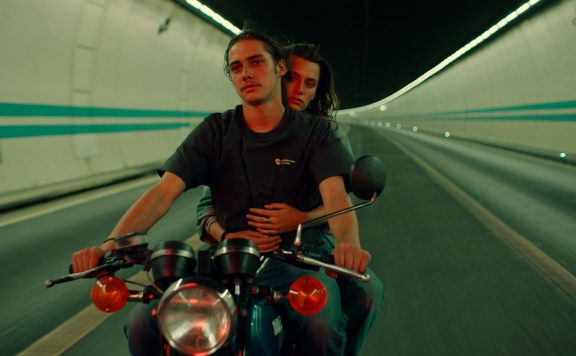 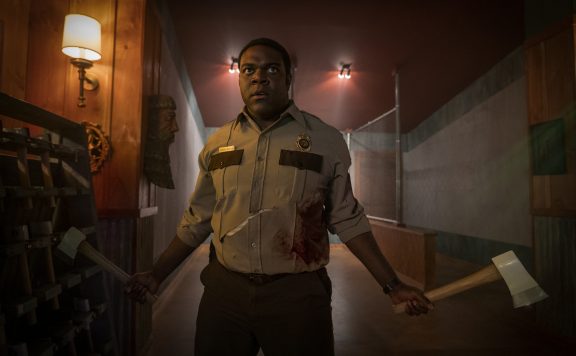