Cat Person was my most anticipated film at the 2023 Sundance Film Festival and was the first screening I booked when I selected my ten tickets for the festival. The film was inspired by Kristen Roupenian’s short story published in the New Yorker in December 2017. Roupenian’s short story became a viral sensation, and it didn’t take long before Hollywood wanted to turn it into a feature film. Truthfully, I had never heard of the short story before reading about the movie but decided to read it only a few hours before seeing the film adaptation.

For those unfamiliar with the short story, it is centered around a college student named Margot, played in the film by Emilia Jones. Margot works at a movie theater in her college town, and one evening, while working at the concession stand, Margot jokes with a customer about his food order. Their encounter is more awkward than it is cute. About a week later, the same customer returns to the theater with the same order. As he exits the theater, the customer approaches Margot and asks for her number. The next day, Margot receives a text from the mystery man introducing himself as Robert. Over the next several weeks, Margot and Robert text constantly. Things seem to be going seemingly well until they meet again in person. This is when Margot begins to have second thoughts wondering who this guy is and what he is capable of doing.

While several key moments from the short story are found in the feature film, many additional plot details have been added to enhance the story for the big screen. The initial scenes in the movie theater are beat-for-beat the same as the short story, including the dialogue. From there, the film adds additional scenes to help progress the story. For example, in the movie, Margot and Robert’s first in-person encounter occurs at the college instead of at 7-11. However, during this scene, the film explores the thoughts and fears running through Margot’s mind as she explores this potential relationship with Robert.

The script, which Michelle Ashford wrote, offers a lot of food for thought. It builds upon the short story and dives so much deeper into the female psyche. The script doesn’t pull any punches either, and similar to Promising Young Woman, it delves into the idea that not all “nice guys” are genuinely nice. Even more interesting is that the film ultimately becomes a psychological thriller that will spark discussion. Ashford and director Susanna Fogel take massive swings, especially in the third act. While I am sure that film may go a bit too far for certain viewers, I think Fogel and Ashford should be applauded for not being afraid to tackle topics that so many are afraid to explore.

I love seeing bold and ambitious stories being told, and I genuinely admire storytellers who aren’t afraid to dive into the gray areas and explore topics that make audiences uncomfortable. Several scenes early on in Cat Person are genuinely cute, but as time passes, what unfolds becomes somewhat unsettling and reminiscent of a horror film. There is a sex scene that is so uncomfortable to sit through. It made me cringe, but it also dared to explore something that no movie in recent memory has: not being afraid to speak up when you aren’t comfortable and don’t want to do something. It is the sex scene where the film starts to take a dark turn. Before this scene, we see Robert as this awkward yet lovable dork. But when the two of them begin to have sex, his demeanor changes, and you see this other side of him. Margot starts conversing with herself about how she’s not being honest and doesn’t want to have sex with Robert. The scene is so painful and awkward because we, as viewers, see this honest conversation between Margot and her subconscious. You want her to stop, but she refuses to speak up to let Robert know that she’s not into it.

Another great scene involves Margot and her friend Taylor (Geraldine Viswanathan) watching a video sent by Robert featuring scenes from Harrison Ford movies. The video, at first, seems rather sweet and harmless, but as Taylor soon points out, all of the scenes feature different Harrison Ford characters forcing themselves onto their female counterparts. With so many films exploring the concept of toxic masculinity nowadays, it was interesting to see how several Harrison Ford movies have problematic situations when viewed through a modern-day lens.

Emilia Jones continues to blow me away with each new project I see her in. It’s hard to say whether CODA or Cat Person was the more challenging project, but Jones’s commitment is undeniable. She isn’t afraid of a challenge, and with each new role, you see a different side of her as an actress. The character of Margot is not easy to play because it is a multi-layered performance. Jones dives into such difficult subject matter head first, making it look so easy. Jones is one of the most remarkable young actresses working today, and I feel her star power will only rise with each new project.

Nicholas Braun, who everyone loves as Cousin Greg on HBO’s Succession, caught me by surprise. Not only does he have such great chemistry with Emilia Jones, but he brings a level of complexity to the character of Robert. This is a role that, if given to the wrong actor, could have been a total disaster. However, Braun embraces the material and is charming, awkward, and sometimes disturbing. I think many male critics and film nerds will watch this film and connect to the character of Robert more than they want to admit. Braun’s performance and the script will make the viewer think about what is happening on-screen while questioning Robert’s thoughts and actions.

I will say that while I was engrossed and entertained by Cat Person from beginning to end, I struggled a bit with how little we learned about Robert as a person. I felt there wasn’t enough background information about him and what made him tick. We see that he has an attachment to characters from various films and is somewhat socially awkward, but we don’t learn anything about his upbringing or what made him into the person he is today. It was a bit too easy to pigeonhole him as a person, and something about that didn’t sit right with me. And to be clear, I am not in no way defending the character’s behavior, but we do see how Margot feels during so many moments and interactions. Yet, the same consideration isn’t given to Robert. I would have loved a bit more substance to his character, even though this story is being told from Margot’s point of view.

That said, I appreciated the rawness of the conversation between Margot and Robert in the third act. I applaud the script for not being afraid of showing that Margot made mistakes and even led Robert on a few times. Robert’s acknowledgment of his actions was also quite bold and eye-opening. Robert understood his situation and knew he would be held accountable for his bad decisions. The look of fear in Margot’s eyes during this scene spoke volumes, and you can see two people in a situation they both wish they weren’t in. In certain moments in this scene, you feel conflicted. These were all brilliant storytelling choices that challenged the viewer.

With a sharp script and strong direction, Cat Person is a bold and ambitious film that isn’t afraid to take risks. Emilia Jones delivers a phenomenal performance, while this might be Nicholas Braun’s best performance to date. If you enjoy films that make you uncomfortable and dare to push the envelope, Cat Person is for you. It is one of the best films I have seen at Sundance this year. 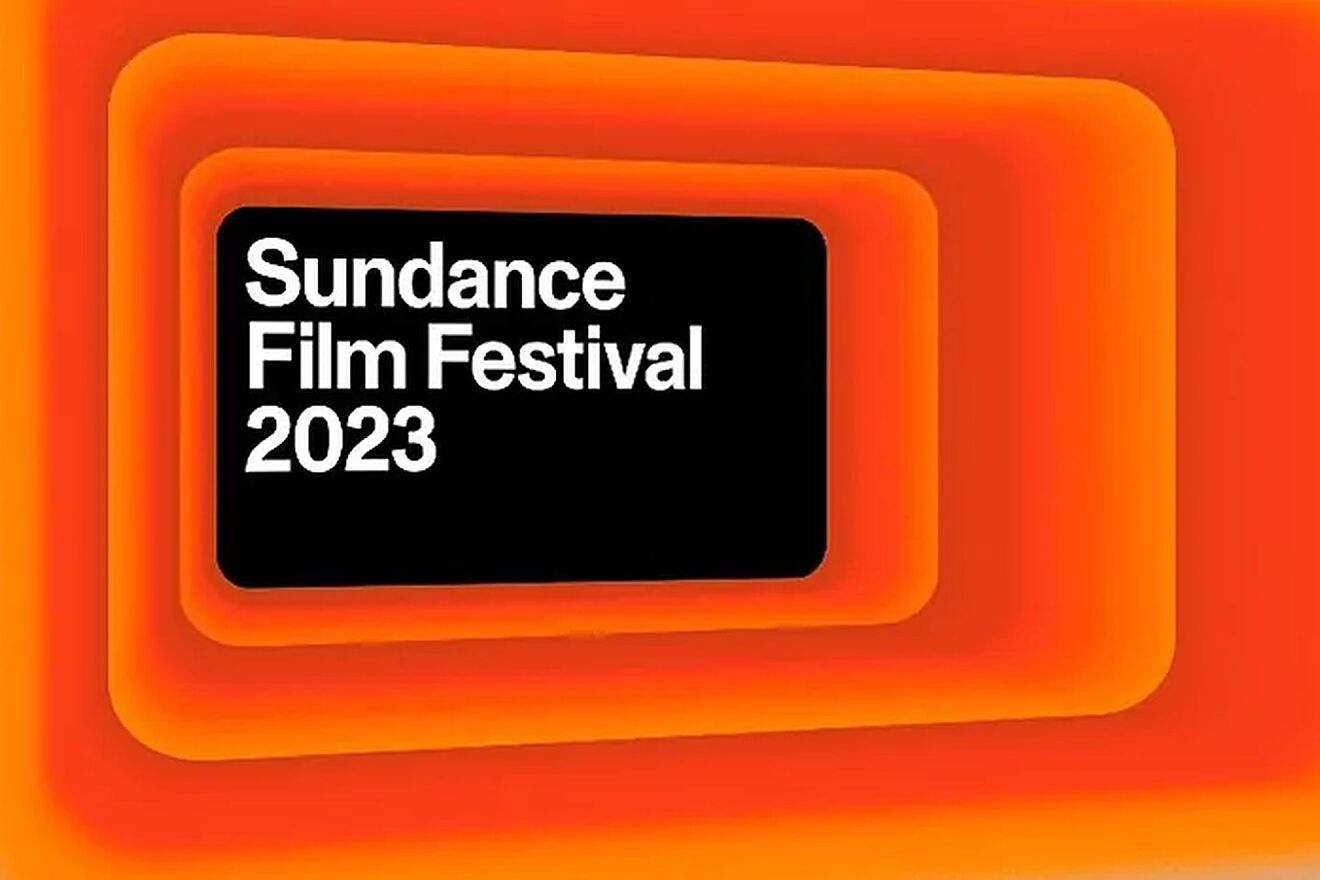 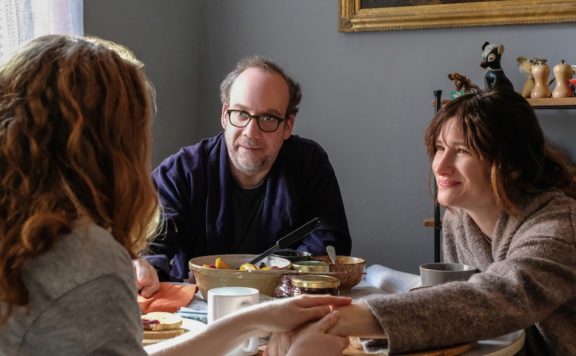