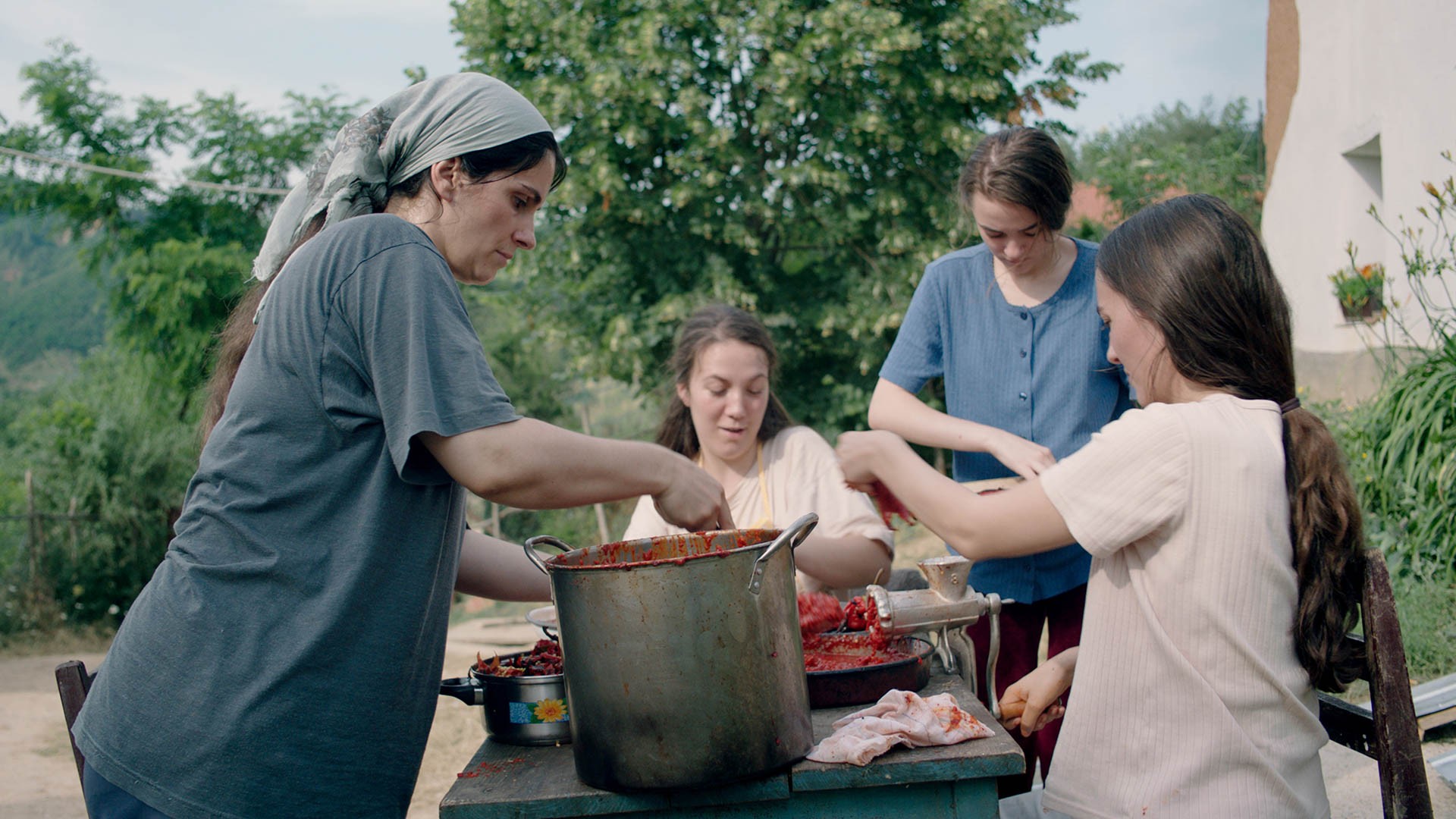 What happens in a strictly patriarchal society when all the men are gone? What becomes of women discouraged from providing for themselves but are surrounded by only old men, children, and ghosts? Hive tells the story of women in a small, traditional town after the Kosovo War, where so many men have been lost. They’re left to forge their own path for survival, regardless of what society may feel about their actions. It burns with rage at the unfairness of forced helplessness among women, where they are repeatedly denied the tools to help them earn a living and are considered whores by both the men and even other women in their conservative community for daring to want agency in their own lives.

Low on funds and with dwindling hope that her husband, long since gone in the war, will ever return alive, Fahrije (Yllka Gashi) is in a tough position. She has to provide for her two children but has little means to do so while still operating within acceptable behavior codes for women in her community. She’s active in local organizations that provide aid for war widows. Still, it’s obvious to Fahrije that these women don’t need charity — they need something to do and the opportunity to earn their own income.

She concocts a scheme to provide homemade ajvar (a local condiment made from roasted red peppers) to a local grocery store, thereby creating a business for herself that can easily be scaled up if more women within the community show an interest in participating. The whispers start almost immediately, and they’re infuriating in how blatantly and unapologetically misogynistic they are. A woman who makes her own money is little better than a prostitute in their eyes. They take every opportunity to throw obstacles in her way, seemingly threatened by the idea that a woman could make her own way in the world. 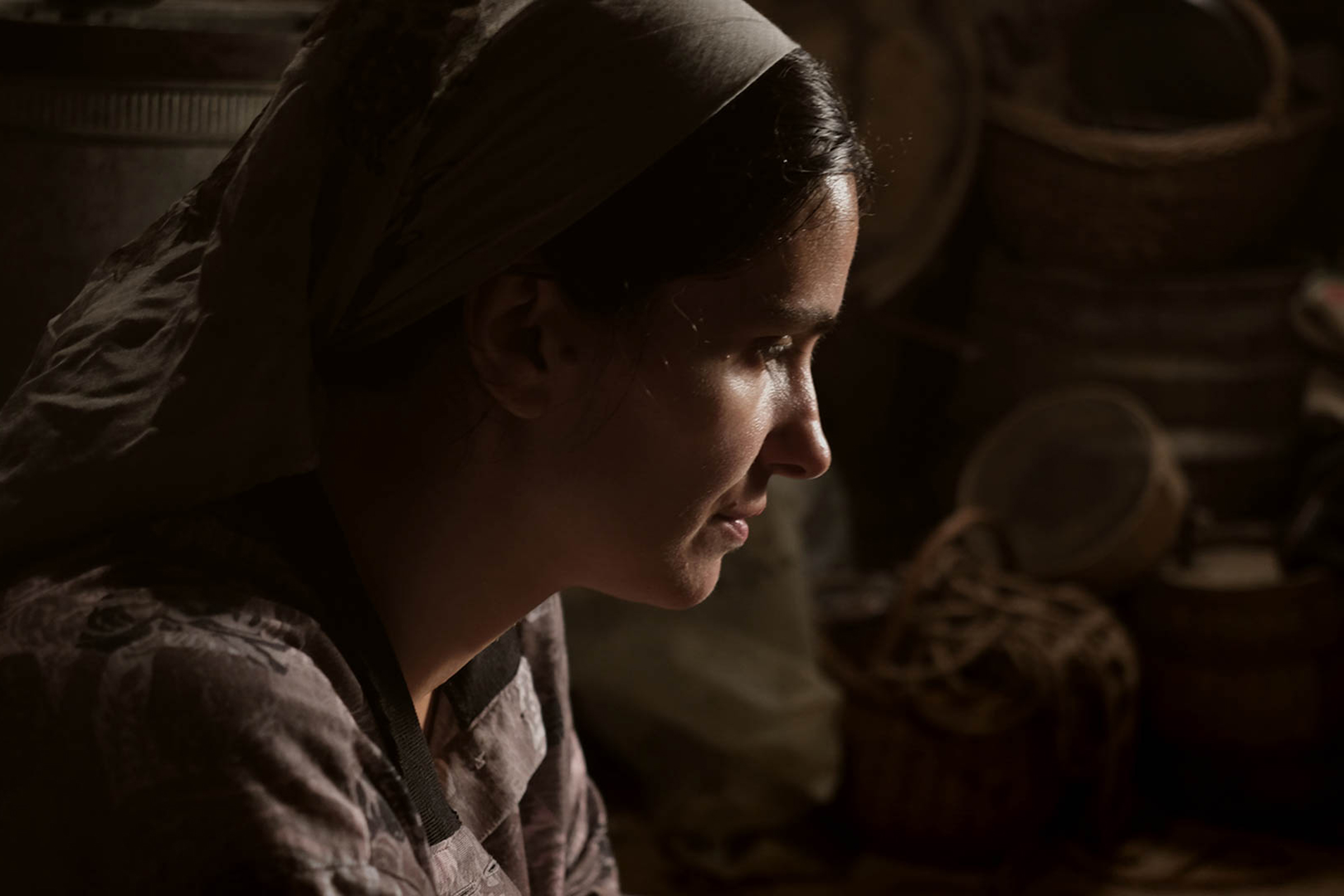 But what is the alternative for Fahrije and her fellow widows? In this community, the men have all gone, and they’re not coming back. Their tools and other belongings, carefully looked after by loved ones for many years, can no longer be preserved as a monument to the dead: they must be put to use, ensuring the survival of the ones they’ve left behind. And perhaps that’s the biggest reason why Fahrije’s project is met with such vitriol. For a woman to create her own livelihood is a tacit acknowledgment that she no longer expects her husband to return. Moving on may be psychologically healthy on an individual level and certainly justified at this point, but how can a community grapple with the enormity of having lost an entire generation of their men? That’s too overwhelming, too large a hurt to handle. Better to live in denial, with the womenfolk waiting eagerly for familiar footsteps to walk up the driveway, wives pointedly refusing to become widows.

And that’s what makes Hive so infuriating (in the best possible way.) Fahrije in no way wants to move on from her husband. The very first scene is her breaking into a refrigerated truck and frantically opening body bags, hoping for closure but dreading the finality of what she might find. There’s probably no one who would rather hold out hope instead of facing the music. But she is the head of a household now, with two children she desperately wants to see carve out a better life for themselves, and a father-in-law who is too infirm to contribute financially. Fahrije doesn’t have the luxury of clinging to dreams. Yet, her pragmatism acts to ensure her family’s survival are continually treated as a betrayal by her neighbors, her friends, and even her own children. 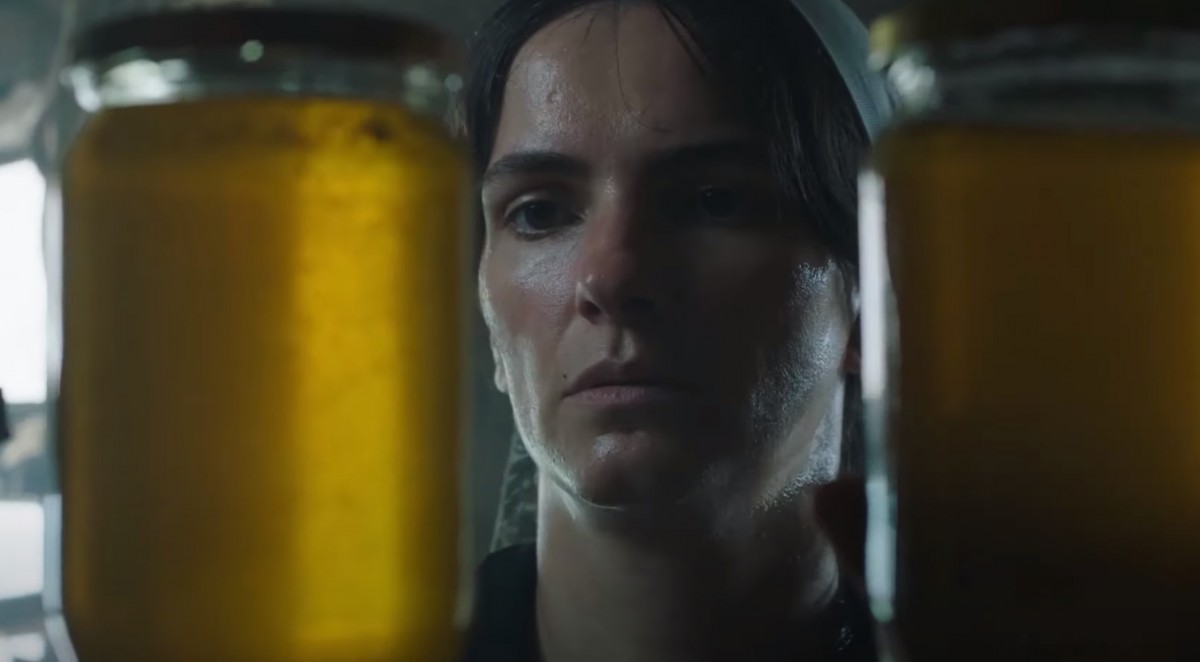 Hive wouldn’t be the success it is without the calm, measured lead performance from Yllka Gashi, whose steely resolve belies a deep vulnerability. Just as Fahrije is the strong presence that pulls the women of her town into this enterprise through sheer force of will, so Gashi is the glue that holds the entire production together. It’s an incredibly nuanced star turn that should garner much-deserved attention.

Hive is infuriating and unfair. Its women face trials on top of unspeakable trauma. But at the same time, it contains such a striking act of rebellion against the patriarchy, with characters who quietly, unassumingly, yet firmly defy the traditional expectations of womanhood. It’s unconventional empowerment, heavily steeped in tragedy as it is, but no less compelling for that. With Gashi leading the way, Hive is a bold, powerful testament to the agency of women everywhere, all the more compelling because it’s based on a true story. 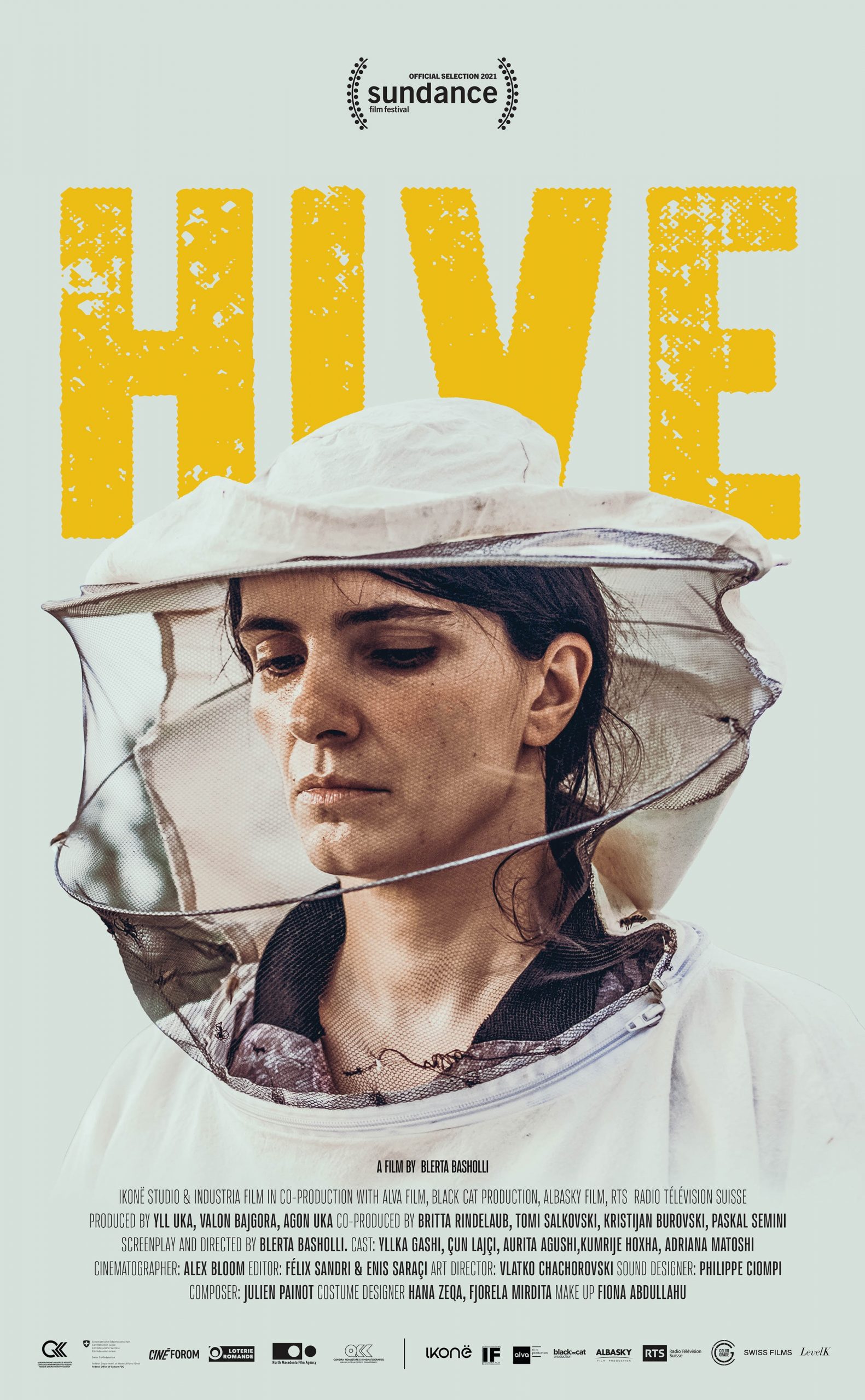 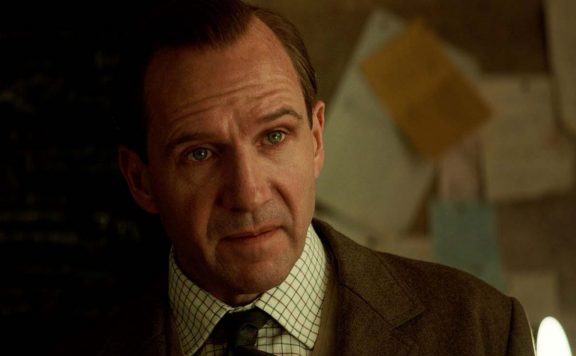 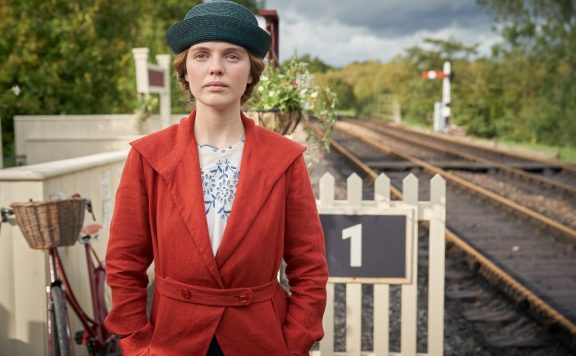 Sundance 2021 Review: ‘Hive’ Stands in Stony Defiance of the Patriarchy

Fahrije's husband has been missing since the war in Kosovo. She sets up her own small business to provide for her kids, but as she fights against a patriarchal society that does not support her, she faces a crucial decision.
0
Average User Rating
0 votes
Please sign in to rate.
Film:Hive
Cast:Aurita Agushi, Cun Lajci, Kumrije Hoxha, Yllka Gashi
Director(s):Blerta Basholli
Writer(s):Blerta Basholli
Genre:Drama, Foreign, Foreign Film, Foreign Language 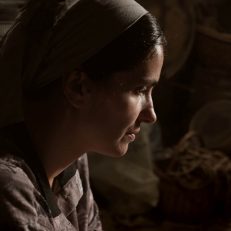 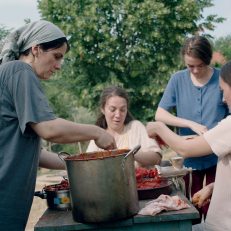 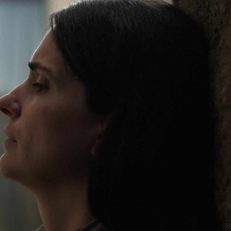 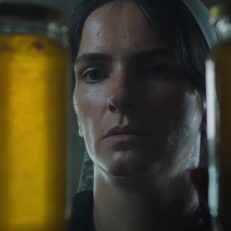 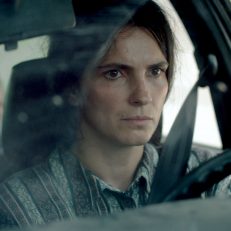