The great Robert Duvall has made a career out of playing cranky old men that have a certain soft spot. He continues this run with A Night in Old Mexico, where he plays a Texas rancher named Red Bovie. As with many of his films of the past decade or so, Duvall rises above the material with Mexico.

The story finds Bovie losing his ranch and being encouraged to move to a trailer park for the elderly. Around the same time, Bovie’s grandson, Gally (Jeremy Irvine, of War Horse (2011)), shows up. The kid is fresh out of New York and is not used to Texas or his cantankerous grandfather.

Soon the two find themselves ditching the elderly place and making their way towards Mexico for a night of fun. Along the way they run afoul of two creepy criminals who end up leaving a bag of cash in the back of Bovie’s car. This leads to a big entanglement involving Bovie and Gally, the two criminals, a crime boss named Panama (Luis Tosar), a hit man named Cholo (Joaquin Cosio), and a singer/stripper named Patty Wafers (Angie Cepeda); screenwriter William D. Wittliff obviously had fun coming up with the character names.

Mexico is helmed by Emilio Aragon, who last directed Paper Birds back in 2010. Aragon certainly knows how to make characters pop and how to build atmosphere with his settings; some of the whore houses and street parties in the Mexico scenes have a lot of vibrancy to them. He also has a good sense for when to shift between tension and comedic touches, alternately going between film noir-esque mystery and action and humorous rants involving the three leads.

Where Aragon and Wittliff drop the ball a bit is with the second half of the film. The film simply becomes more unbelievable and ridiculous as it goes on, with some of the character motivations (especially those of Patty Wafers) never gelling as easily as the filmmakers want them to. And while Aragon and Wittliff do manage to develop the characters in a satisfactory manner, the three interesting leads are mostly lost in a story that has a certain airlessness about it – especially in that second half.

Most of the technical workings behind Mexico are just mediocre, with the music (also by Aragon), editing, etc. never standing out; instead the film functions more on its story and characters. However, cinematographer David Omedes is one to look out for. He definitely aids Aragon in building that atmosphere (mentioned earlier) in the Tex and Mex locations.

At the end of the day, though, this is Duvall’s film. Irvine, Cepeda, and the rest of the cast members are fun to watch, but Duvall is simply outstanding. The actor sends a reminder of why he is one of the greats, delivering a performance that presents Bovie with both heart and bitterness in equal measures. Duvall makes the film worth seeing.

Mexico has a story resolution that doesn’t work comfortably, and the film leans on a few crime drama and coming-of-age trappings in getting to that point, too. But the movie still functions in an entertaining way because of the likable characters, the capturing of the settings, and especially Duvall’s performance. I look forward to seeing what the actor does with this type of character next. 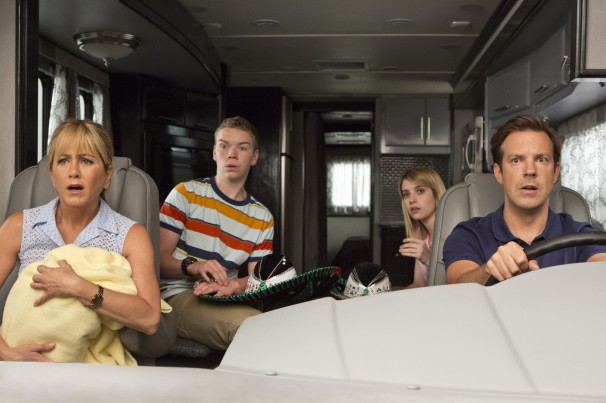