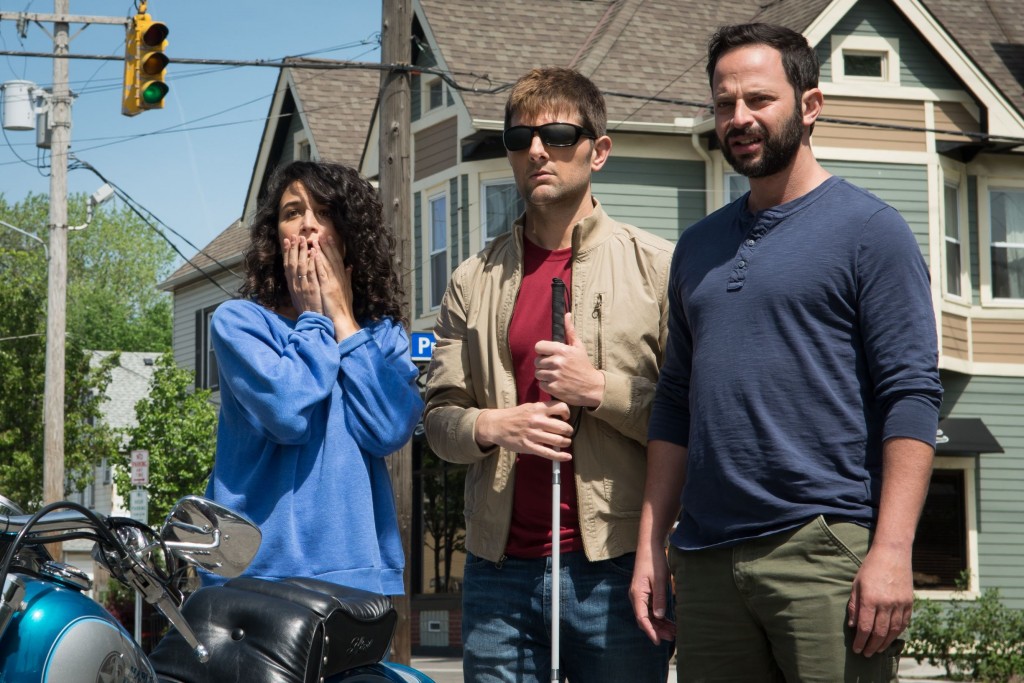 Starring Adam Scott, Nick Kroll, Jenny Slate and Zoe Kazan is an off-beat comedy with a great deal of really genuine laughs. Bill (Nick Kroll) is a guide for his blind brother, Robbie (Adam Scott) as he completes various physical feats for a charity for the blind. Bill’s life really had never taken off and he is stuck in his job and has spent much of his time caring for Robbie and training with him and feels very stuck and unappreciated in his life.

After finishing a marathon with Robbie, Bill goes to a local bar to drown his sorrows and meets Rose, the girlfriend of a man who died and his wake was at the bar. She confides in Bill, telling him that she is the one who killed her boyfriend because she broke up with him and he was upset and therefore not paying attention when the bus hit him. They end up hitting it off, commiserating over their sad and depressed lives and Bill brings her to his house and they end up sleeping together. Morning comes and Rose begins to feel regret, like she shouldn’t have done what she did and needs to be involved in charity work. She leaves without giving Bill her phone number.

To provide some good news, Robbie tells Bill that he doesn’t have to train with him anymore because he found a volunteer to help him. In a funny turn of events, that girl is Rose. Rose and Robbie end up in a relationship all the while, she is falling more in love with Bill. The hilarity that ensues between the characters is great as Robbie is oblivious. 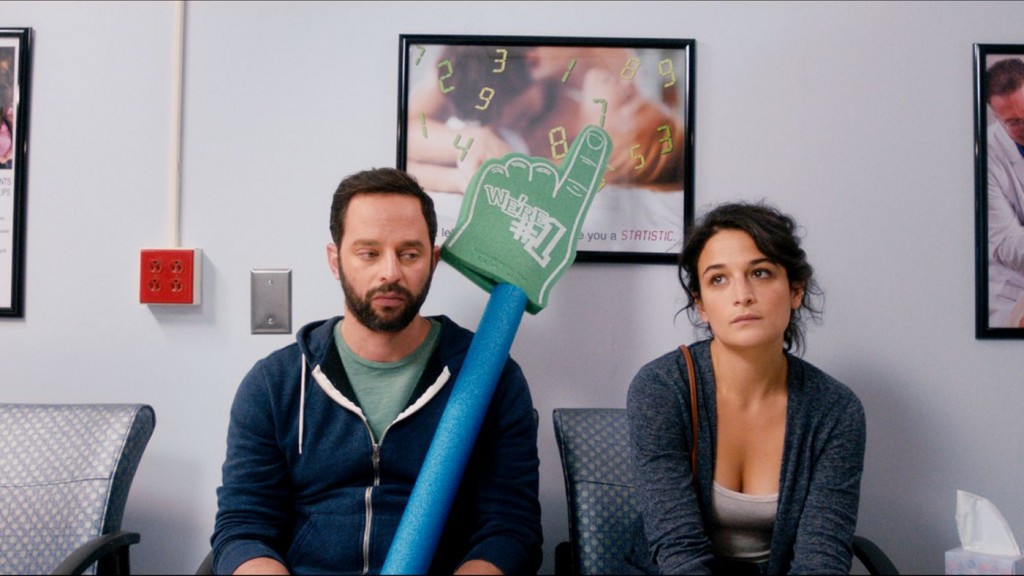 The film is not afraid to be bold with its humor and doesn’t shy away from the occasional inappropriate joke. That is something that I truly appreciated about the film. It had a very honest sense of humor. I also liked that they didn’t make Robbie into a hero character. They actually made him sort of dislikable and a jerk and that was really bold.

The writing in the film was great. There were some really great heartfelt moments that didn’t feel like they were out of place but rather added and genuine touch to the film. The actors were great. Adam Scott was on point in this film and Nick Kroll was a great balance to Adam’s character. They played really well off of each other. Jenny Slate is one of the best actresses of her time with great comedic delivery and wonderfully heartbreaking emotional scenes at the same time. She gives a great performance in this film and is such a treat. Zoe Kazan was also very enjoyable, but the only complaint I have is that she wasn’t in the film enough! I love her and she is such a great actress with such range. I would love to see more films with her and Jenny Slate.

This film was all in all a really enjoyable funny film. It is a great take on a rom-com film that isn’t so generic. While a lot of the plot is predictable, the acting and the humor in the film really carry it. The acting and writing in the film is great. I really hope to see this get a release date and if it does, I strongly suggest you check it out.