Suntan is the story of Kostis (Makis Papadimitriou), the newest doctor on the small Greek island where the film is set. He is the new doctor in the community and throughout the film, you see the lost, meaningless and emotionless life he leads until summertime hits this small island. Along with it, plenty of tourists. A young 21 year old tourist ends up hurting her leg and needs his help. The girl and her friends are all acting up and being obnoxious, but Kostis feels drawn to them, her in particular. She introduces herself as Anna (Elli Tringou) and they end up inviting him to the beach. Through scenes of drunken escapades, Kostis falls in love with Anna. The love quickly turns into a real obsession, culminating in extreme actions and dangerous circumstances.

The performance of Makis is particularly wonderful and heartbreaking. He has such an incredible range of emotions. Elli Tringou as Anna is also pretty decent but there really aren’t many other outstanding performances. The supporting characters of this film are very generic and not really utilized in the best way. 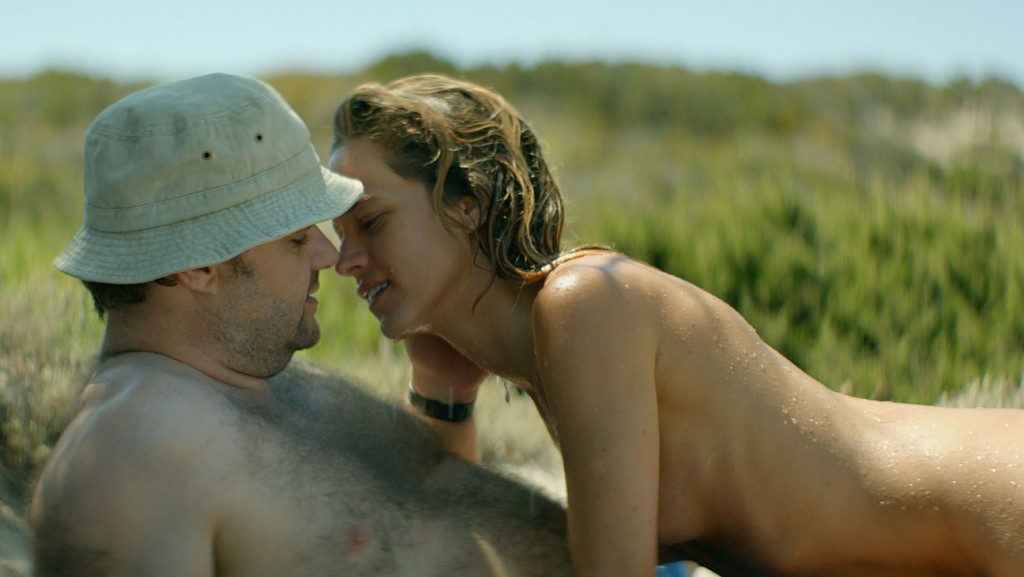 The story is awkward, sluggish at some parts and painfully boring at others. The sexual elements in this film were also way over-accentuated and exaggerated, not for much advancement or enhancing of the story itself. There are many scenes that could be cut that essentially hit you over the head to prove a point. We understand the kids drink and have sex and do whatever they want. We don’t need to see 20 minute extended versions every time.

Overall, the film is laden with a ton of nudity and may even receive an NC 17 rating if it is released. It is a decent enough film with a great lead actor. If you are into foreign films, I suggest checking it out because you know what kind of weirdness (not in a bad way) that you are in for but if you are not a fan of foreign films, I would avoid this film.

SXSW 2016: Suntan Review by Ashley Menzel Suntan is the story of Kostis (Makis Papadimitriou), the newest doctor on the small Greek island where the film is set. He is the new doctor in the community and throughout the film, you see the lo...
0
Average User Rating
0 votes
Please sign in to rate.