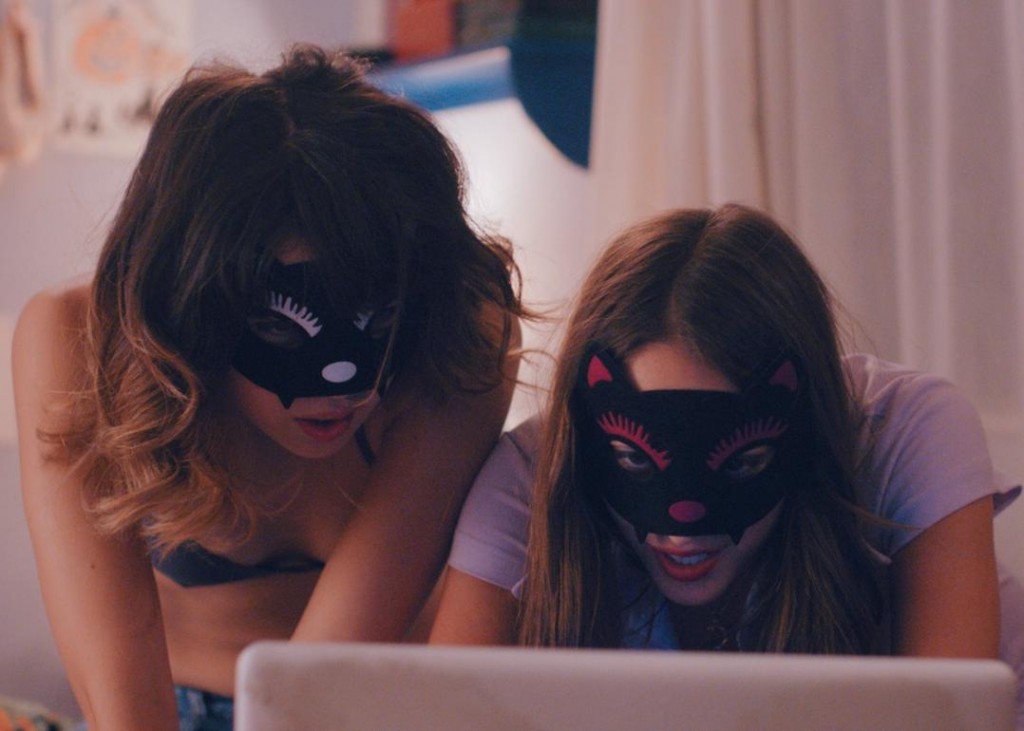 And so continues the SXSW theme of really strange sexually theme stories filled with uncomfortable scenes. Teenage Cocktail is the story of Annie (Nichole Bloom) and Jules (Fabianne Therese), two friends wanting to escape their small town life for life in NYC. Annie is new in town and is feeling lost when she meets Jules, a free spirited girl with the freedom to do whatever she wants since her father isn’t really around. They become close friends and Jules realizes that Annie has feelings for her in more than a friendship way.

Jules reveals that she has been doing a sex webcam in order to save money to go to NYC. They decide to do it together to save up and move together. Their actions put them in some pretty terrible situations that culminates in an extremely tense and terrifying scene. The film does an incredible job of building the intensity to that scene.

The characters overall are very unlikable, with the exception of Annie, who I found to be really intriguing and interesting. On the surface, she seems to be the friend that just follows along with whatever the more dominant and outspoken friend says, but she is much more. She is a young girl who is struggling to find her identity sexually and through her friendship with Jules, she is learning who she is. It is her chance to get to discover who she is and experience her true self with Jules. She struggles between her conscience and her desire to feel free and fully herself. Jules is more or less a very flat character with very predictable actions and emotions. The supporting cast really serves its purpose, but does little more to impress. The story really centers around Annie and Jules and their eventual encounter with Frank (Pat Healy).

This film really speaks volumes though about the accountability and actions of adolescents in the digital age. It really reiterates the access the they have to content and how it is nearly impossible to really monitor what they are doing. It also points out that adolescents are really addicted to technology and use it to establish themselves and even tear each other down as well. The story can open up a great dialogue that needs to happen about actions online having real life consequences.

The film is generally enjoyable and really suspenseful. You are always wondering what will come next or how Jules and Annie’s relationship / friendship will develop. The film is definitely worth the watch, just be warned of the sexual nature of the film.