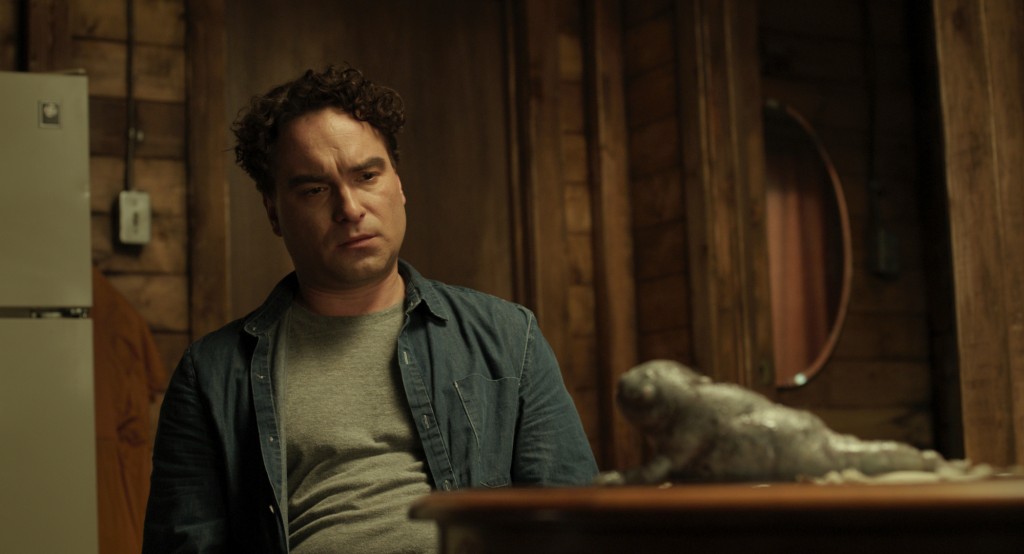 Johnny Galecki plays Paul Berger, a man stumbling through his life with seemingly no purpose until one night when he overhears an infomercial for a cleanse retreat. Paul visits the website, Letsgetpure.com and the next day heads to their office building. There he is seated with other cleanse hopefuls and they have to discuss their pain and what has brought them to the cleanse. Paul is immediately smitten with Maggie (Anna Friel), a woman who shares a personal story about her husband.

A few days later, Paul gets a phone call that confirms he has been chosen for the cleanse. Paul must head back to the office to pick up and sign some papers to finalize his enrollment. While reading the contact, Paul begins to worry due to the bizarre terms and conditions, but he signs the paper when he sees Maggie has been selected as well. A driver is sent to his home to pick him up for the retreat. Paul sees Eric (Kyle Gallner) and Laurie (Diana Bang) were also picked to partake in the retreat.

Lily (Anjelica Huston) introduces herself and informs the group that they need to begin their cleanse before Mr. Roberts (Oliver Platt) visits them. She hands each of them four drinks that they must drink in order to start the cleanse. Paul and the others are not fans of the taste of these drinks but drink them to show their commitment to the program. Over the next couple of days, the foursome become increasingly sick causing everyone to vomit.

I don’t really want to go into anymore detail about the rest of the plot because I feel its best left unknown. I will say that there is a great deal of symbolism in the film that is very interesting to see. There are creatures in the film that obviously represent the past, disappointments, sadness, and everything that is weighing down people in their lives. The idea of giving that a face and having to confront it is a great idea. Even more so that the creatures start out as actually kind of cute but then turn into even darker sinister looking monsters attests to the nature of our baggage and how it can be something small that morphs into a bigger monster. I appreciate the message that the film sends.

The acting was pretty good. I can’t say that it was stellar, but Johnny Galecki definitely showed his range of emotion in this film with being depressed, happy, sad, loving, etc. It was a nice change of pace from his everyday Big Bang Theory character. I think that Kyle Gallner was probably my favorite performance because he just seemed so natural in the role. His emotions were well done and I really enjoyed his performance.

The design of the creatures was interesting. They almost looked like Glow Worms when they were smaller and they look really realistic. I like that the director decided to use practical effects rather than special effects. In addition, I do have to commend the people who made these creatures possible because it is really easy to do a terrible creature and the ones here were actually quite good.

Overall, the film is pretty decent. The acting is good, the story is interesting and it really makes the audience think about their personal pain and how they are carrying it in their daily lives. Definitely check it out if you get the chance.

SXSW 2016: The Master Cleanse Review Johnny Galecki plays Paul Berger, a man stumbling through his life with seemingly no purpose until one night when he overhears an infomercial for a cleanse retreat. Paul visits the website, Letsgetp...
0
Average User Rating
0 votes
Please sign in to rate.