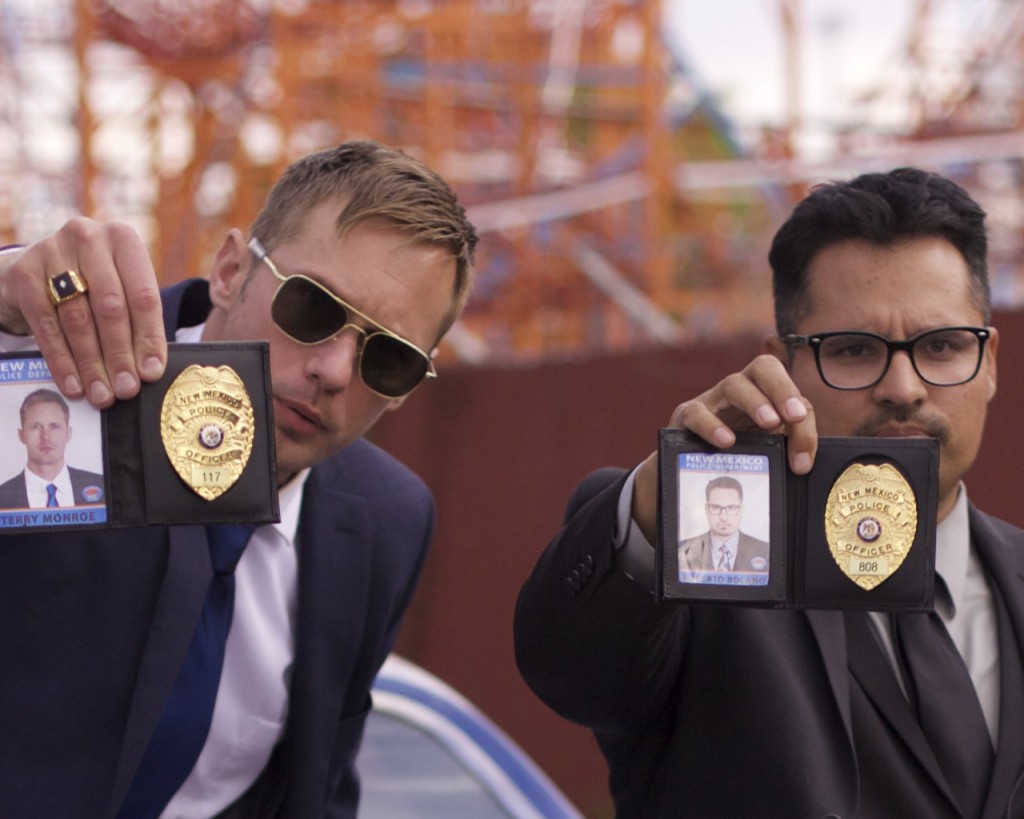 With War on Everyone, I had no idea what to expect walking into this film. The description to me seemed very generic and I honestly didn’t have much interest in the film. Boy, oh boy was I wrong. This is pretty high on the list of my most enjoyable for the entire festival so far. This new take on a Western-esque film is incredibly interesting and hilarious. The film features stars Alexander Skarsgård and Michael Peña as two buddy cops, Bob and Terry.

This is not your typical buddy cop comedy, but rather a dark and intellectually hilarious film. With references to philosophy, mythology, and pop culture, this film is such a blast to watch. Bob and Terry are sneaky cops, navigating the underground of Albuquerque in order to get money to retire and live happily with their families.

In their pursuits, Terry falls in love with Jackie (Tessa Thompson) and unofficially adopts a kid, who was a witness to a crime committed by his mother. Their escapades with inside men Reggie (Malcolm Barrett) and his Irish accomplice lead them to a business criminal, Mangan (Theo James) and his second in command Birdwell (Caleb Landry Jones). All of the actors in this film were pretty great, but the best part of the film is by far the back and forth between Michael Peña and Alexander Skarsgård. Their banter and the way in which they played off of each other was incredibly well done. This lent even more to the story and their relationship was more believable and developed.

There are some laugh-out-loud moments that are really great. They toy with a lot of subjects that are really bold, such as police brutality, race and creed. They do it in a way that to some would be offensive but I think it was done in a way that was never intended to be offensive, just more of a comment on the current climate of the United States. I mean the film starts out with them chasing down a mime with their car and asking “I always wondered what would happen if I hit a mime, if he’d make noise;” after which they hit the mime with their car and say they get their answer.

The script is really well written and witty, with the perfect balance of crude humor and intellectual humor. It is a blast to watch and has some lines that I can see becoming really quotable and memorable. This film I believe has a cult like potential in the same vein as films like Snatch. I had a lot of fun watching the film and enjoyed the humor a lot. This is a great film that if you get the chance to see it, I really recommend it.

SXSW 2016: War on Everyone Review: What. The. F***?   With War on Everyone, I had no idea what to expect walking into this film. The description to me seemed very generic and I honestly didn’t have much interest in the film. Bo...
0
Average User Rating
0 votes
Please sign in to rate.