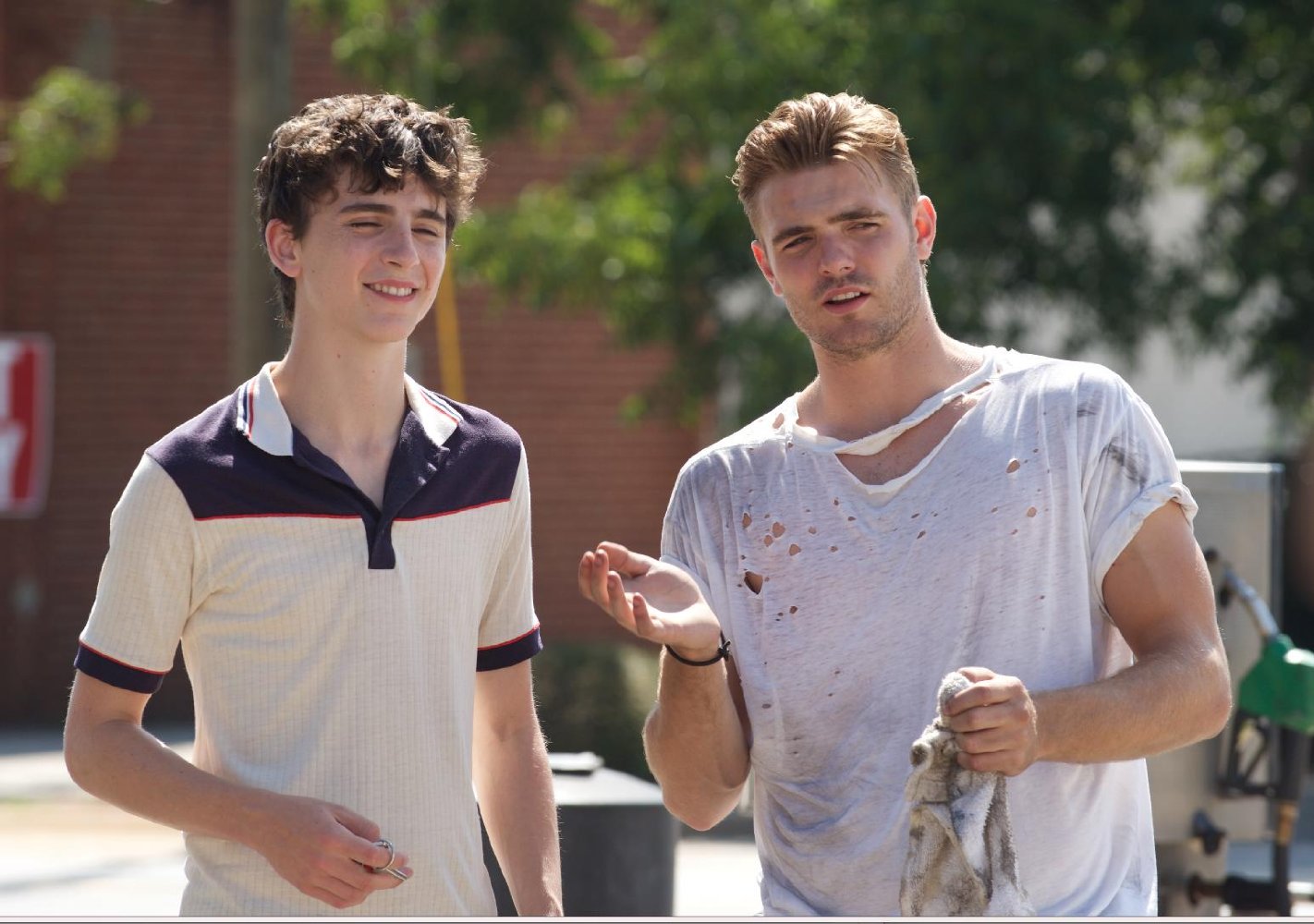 Hot Summer Nights is a coming of age tale about two teenagers in Cape Cod in 1991. The story follows Daniel (Timothée Chalamet) and Hunter (Alex Roe) as they take advantage of the opportunity to sell weed to vacationers in Cape Cod. Hunter is happy with his small business, but Daniel continues to push further and expands their reach. Unfortunately, Daniel doesn’t know when enough is enough.

Hunter is what you would call a bad boy. He’s a typical James Dean looking character and is a boy from the wrong side of the tracks. He is tragically handsome and destined to never live up to his true potential. Daniel, on the other hand, is an awkward and gawky teen suffering from the loss of his father. He is sent away to Cape Cod to be with his aunt for the summer. Unfortunately, Daniel falls for McKayla (Maika Monroe), Hunter’s sister. Despite Hunter’s warnings and his reputation, Daniel pursues her but must keep his relationship with both of them a secret from the other. No one can see where that might end.

The story itself is the typical coming of age tale. I feel like this whole theme is a little worn out and I’m tired of seeing it rehashed on the screen. The film is the typical nostalgic 90s film with the music, clothes, and style of the film. Even the title card in the film is a VHS skipping screen with the title on it. There is a young kid who provides voice over talking about these characters as if they are childhood legends. It was kind of old before it even started. The performances were pretty decent and had a lot of surprising emotion to them. Timothée Chalamet is great as Daniel, and Alex Roe gives a decent performance. I feel the problem in the film was that I had a general sense of apathy toward these characters, I didn’t care what happened to any of them or what happened at the end of the film. The story never gave me enough reason to cheer on these characters.

The music of the film was fun mostly because it just reminded me of my childhood, but the material and story just did not click with me. The characters seemed so one-dimensional, and you could see where the story was going from the very beginning. Overall, the film may be enjoyable for some, but for me, it was too cliché and just didn’t do much to stir the emotion necessary to appreciate the characters and story. Hot Summer Nights is enjoyable enough but not as groundbreaking as Elijah Bynum hoped it would be.

SXSW 2017: "Hot Summer Nights" Review by Ashley Menzel Hot Summer Nights is a coming of age tale about two teenagers in Cape Cod in 1991. The story follows Daniel (Timothée Chalamet) and Hunter (Alex Roe) as they take advantage of the oppo...
0
Average User Rating
0 votes
Please sign in to rate.