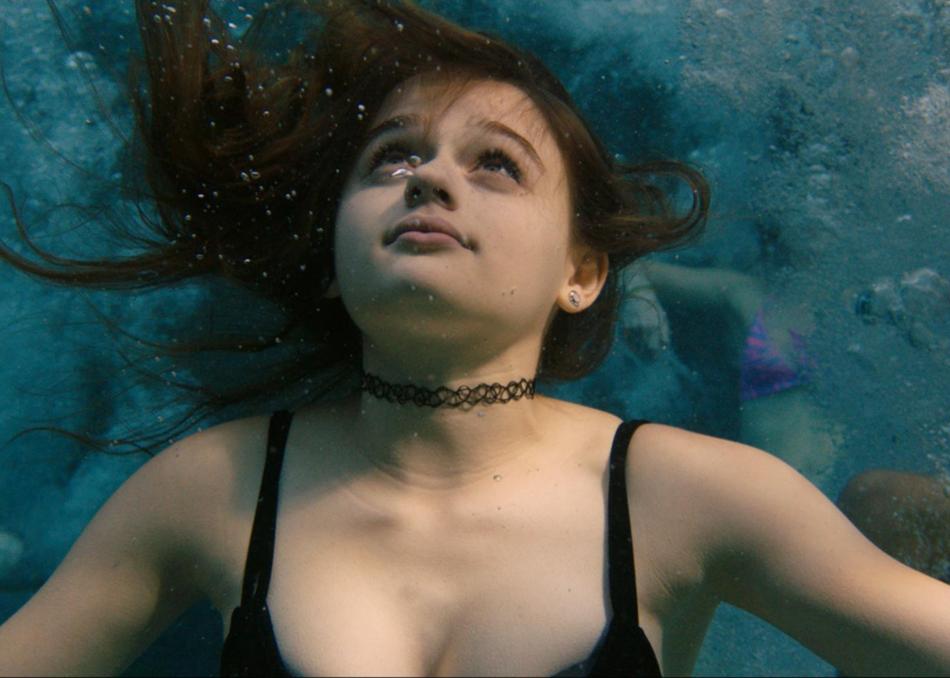 Summer ‘03 tells the story of Jamie, a young 16-year-old girl who stars out her summer vacation with the loss of her grandmother and some very unconventional advice, learn how to give a proper blowjob and that she secretly had her baptized without her parents’ knowledge. Her grandmother imparted different pieces of wisdom to each member of her family, bringing chaos to the family as a whole. While Jamie’s advice from her grandmother was rather funny, the message that her father received was more earth-shattering for him; his father is not his birth father. Feeling a personality crisis, he leaves suddenly to go to find his birth father, leaving his daughter, wife, Shira (Andrea Savage), sister, Hope (Erin Darke) and nephew to pick up the pieces and plan his mother’s funeral.

As Jamie struggles through the loss of her grandmother and the recent departure of her father, she takes her grandmother’s advice as more of a challenge than a piece of advice. Her two friends, March (Stephen Ruffin) and Emily (Kelly Lamor Wilson) try to support her throughout her grief, but it is further complicated by March’s romantic interest in Jamie. In her confusion and loss, she looks to religion as a source of possible comfort and visits the local Catholic Church. This where she meets Luke, a young and soon-to-be-ordained priest. Their relationship develops, and things become somewhat challenging for the two of them.

Becca Gleason has given us the female coming of age film that we’ve always wanted. It tackles the material with a fresh look, knowing exactly how to balance out the humor and the awkward sexuality. Instead of coming on hard with the sexual innuendos and overly gross-out humor, we get just enough of it to appreciate the newness and unfamiliarity our cast is supposed to have with it. This lends itself to a more genuine and heartfelt story that gets to the crux of growing and changing as a female in a very confusing and uncertain time. The shocking comedy is so great but still grounded in reality and the insanity of how family works. Her script is both hilarious and has a nostalgic touch that reaches out to the audience. The fact that she makes the season of summer feel like an actual character conjures up memories of childhood summers spent lazily in bed or at the pool. The way in which religion is attached to this is done in a way that I genuinely appreciate. It is connected to the story but is not the overwhelming drive of the storyline. It addresses the need for a higher purpose and support and gives an answer that is much more introspective than just making it an easy solution in finding faith or something along those lines.

Joey King gives a stunning performance that is nuanced in its emotional range. She perfectly nails the moments of confusion and adolescent rage that is some commonly felt by females. There is a scene where she fights with her mother, and it is so authentic and real, it brought up distinct memories and conversations (more like fights) that I’d had with my mother during that age. King’s performance connects so well with the audience and makes them feel each emotion. Each character in the film fits into Jamie’s life and serves a distinct purpose. The casting of those roles was done so well, that the chemistry between the actors works seamlessly. Paul Scheer, despite limited time in the film, is a real treat as the typical father. Andrea Savage as her mother has perfected the mom role. She has the perfect tone and demeanor to bring the depth of the character to life.

The cinematography in the film was done so well to create a level of nostalgia that was not too overdone but still allowed for a trip back to a time in the past. The scenes shot in the pool with the different light reflecting in the water was beautiful and added to the emotion and the feel of the film. Overall, I couldn’t have been happier to finally see a real female coming of age tale that is reminiscent of my adolescence, while still providing excellent humor. Becca Gleason has created something wonderful and extremely relatable that reaches to the core of the memories of adolescence for many women and for that, I thank you.