The vocally and lyrically extraordinary Demi Lovato is about to drop her latest album: Dancing with the Devil…The Art of Starting Over. But before she does, the singer wants to set the record straight about everything you’ve heard regarding her ongoing struggle with addiction, including her near-death overdose on July 24, 2018. Moreover, Lovato wants fans to know that, while she was incredibly honored to inspire so many young girls, her teenage years were the polar opposite of the happy face she projected on red carpets and television interviews. The four-part YouTube doc series Demi Lovato: Dancing with the Devil — directed by Michael D. Ratner and released as a single film at the 2020 SXSW Festival — serves as a raw, often disturbing, yet cathartic self-healing confessional.

By being transparent about the current status of her sobriety, including her initial abandonment of it, the pop sensation hopes to keep herself accountable. The documentary not only marks her progress, but it’s a concrete way for Lovato to return to the footage if she ever needs a reminder of her strength and bravery.

Perhaps most laudable is Lovato giving those in her circle, especially the ones present during the night of the fentanyl overdose, a forum to discuss their feelings on the matter. For instance, Ratner and Lovato want the world to know what a hero Jordan Jackson is — according to the singer’s doctor, Lovato would have died had her assistant, Jackson, not checked in on her when she did.

The series also provides Lovato’s choreographer and close friend Dani Vitale the chance to exonerate herself after nearly a year of receiving vicious online hate. The swirl of controversy impacted her professional life, as no one would hire someone with that much negative press. Even though the gathering that evening was held in Vitale’s honor, Demi owns that it was she and she alone who made the decision to self-isolate after a long night of partying and call her dealer. Having tried everything up to this point, Lovato wanted a more intense high than crack cocaine, meth, and heroin could offer.

Part of the night, however, is not Demi’s fault. For instance, the young artist could not have consensual intercourse with her dealer due to her drugged state. Tragically, her lowest moment of instability was exploited by sexual assault and rape. Demi admits that the only way she felt she could reassert her agency and take back control was to summon her dealer and other predatory “friends” for sex after they had horrifically violated her. For months after and years beforehand, this became a vicious pattern that only further tumbled the music star into deeper depression.

Lovato goes into further courageous detail about how fame and the loss of her virginity — something she was raised to see as a shining virtue to save before marriage — was forever marred by rape. Reports have since surfaced that the crime was committed during Lovato’s breakthrough moment as the lead of Disney Channel’s original movie Camp Rock. Though unnamed, it is heavily inferred that her rapist had a role in the film. 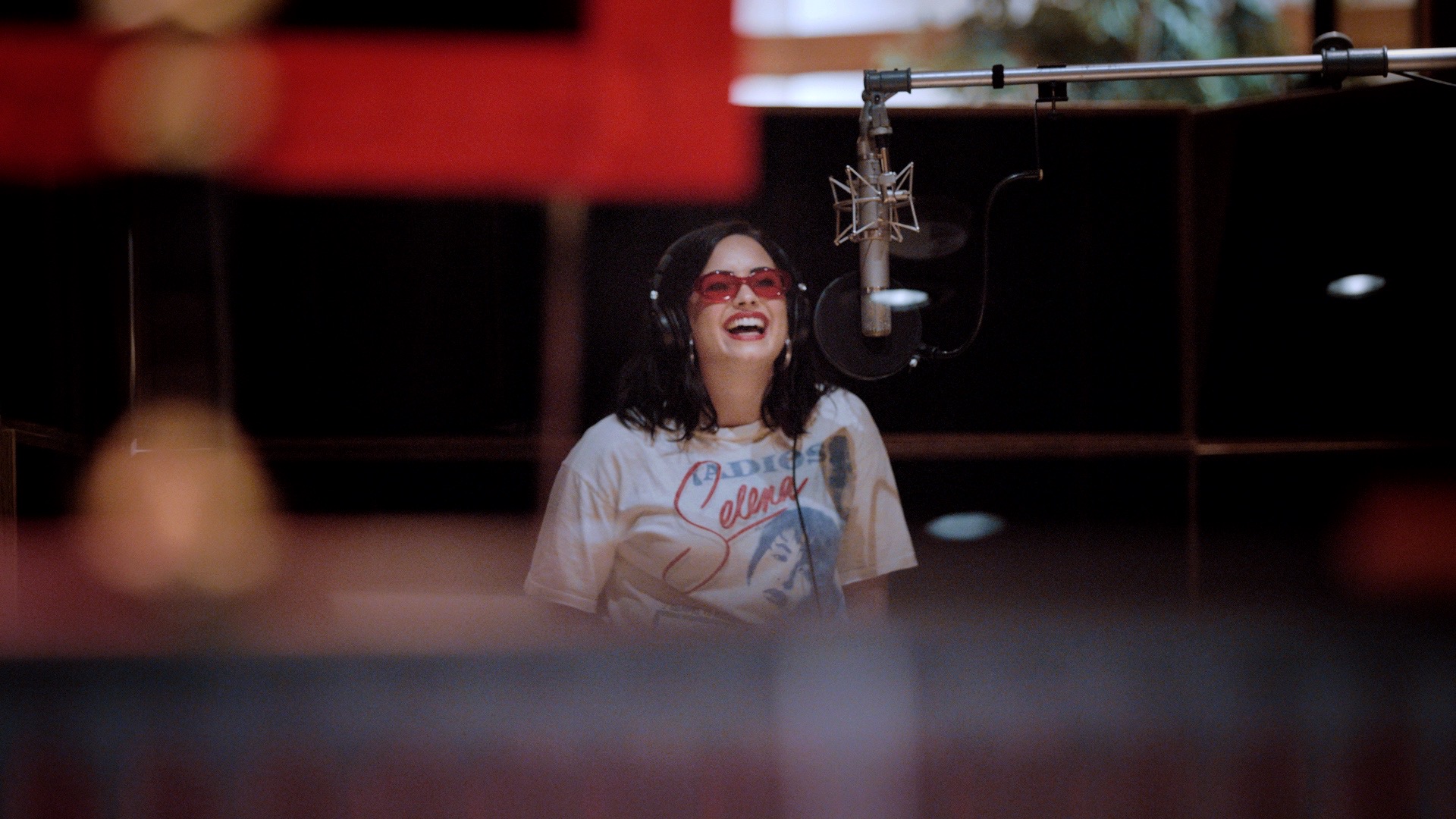 How could one hope to navigate such a stressful, image-conscious industry by having it begin with such horrendous personal darkness? All the while, Lovato was pressured by her previous management to abstain from drugs and alcohol and be a symbol to young girls everywhere. With that, her brand of purity would never be called into question and simply shelve any hopes of happiness.

Demi Lovato: Dancing with the Devil doesn’t excuse Lovato’s past or present substance abuse, but it does present the events that catalyzed her 180-degree flip. To feel desperately alive like everyone else and to numb past trauma, Demi felt like she had no choice but to experiment with intoxicants. In a cruel twist of irony, Lovato decided to lose control to maintain independent control.

The doc aims to be as transparent as possible, though it occasionally disservices its honest intentions. For example, each part is bridged by music video inserts that come off more self-promotional than therapeutically expressive. Regardless, I believe Demi wants the world to know exactly who she is, who she has been, and the girl she never was before feeling good about her album being purchased. This way, people will embrace the same Demi that she has to embrace on the daily: maybe unpredictable and potentially an incident or two away from relapse, but a woman who is finally herself on her own damn terms. Ultimately, Demi Lovato: Dancing with the Devil may not showcase the ideal pop star image you want to see, but for Demi’s sake, it’s the one she needs you to bear witness to.

Demi Lovato: Dancing with the Devil is distributed by YouTube and debuts its first part on March 23, 2020. 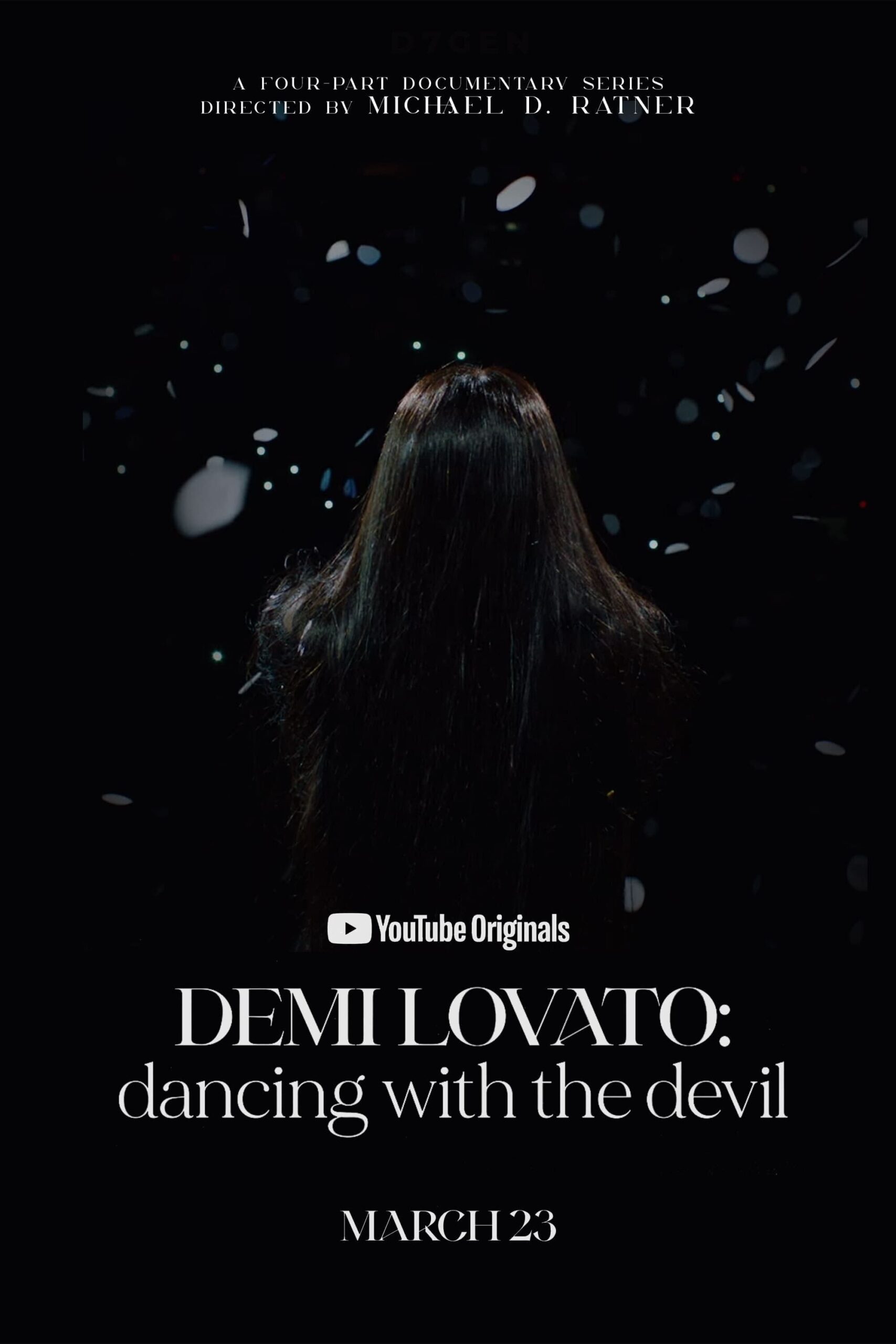