One of the most unique films shown at SXSW 2021 Film Festival reminds us that animation isn’t just for kids. The Spine of Night is a rotoscoped animated film from directors Philip Gelatt and Morgan Galen King. It is an ultra violent, epic fantasy made up of a series of stories that span decades, told by Tzod, the Swamp Witch, to the Guardian of the last remaining Bloom. The Bloom is a mystical flower that grants unimaginable power and understanding to those who smell or touch it. Tzod made the treacherous journey up a formidable mountain to The Bloom’s location where she finds The Guardian still standing watch over it. She proceeds to tell The Guardian of the bloody events that have unfolded in the land below. They speak of heroes, immortal villains, and how power can easily corrupt man. 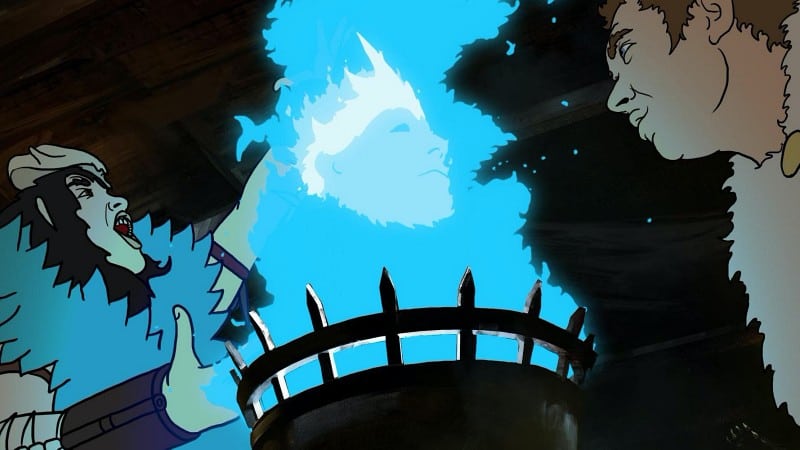 The Spine of Night is a true piece of cinematic art. It has the story structure of Heavy Metal plus the art and violence of Ralph Bakshi’s Fire and Ice. The spirit of Bakshi is strong from frame one to the end credits. I have always been a big fan of this style of animation, which makes it seem as if you are watching a living graphic novel. There are some objects that have fantastic detail while other elements, like the backgrounds, have less defined lines. All of it is a visual spectacle that you will not be able to take in with one viewing. To go along with the visuals is a fantasy story with a deep, rich history. The mythology of the celestial Bloom and the chaos it causes is well thought out. You felt the important weight of the events in each of the stories. While you are not told everything, you are given enough of the world to spark your imagination to fill in the gaps. 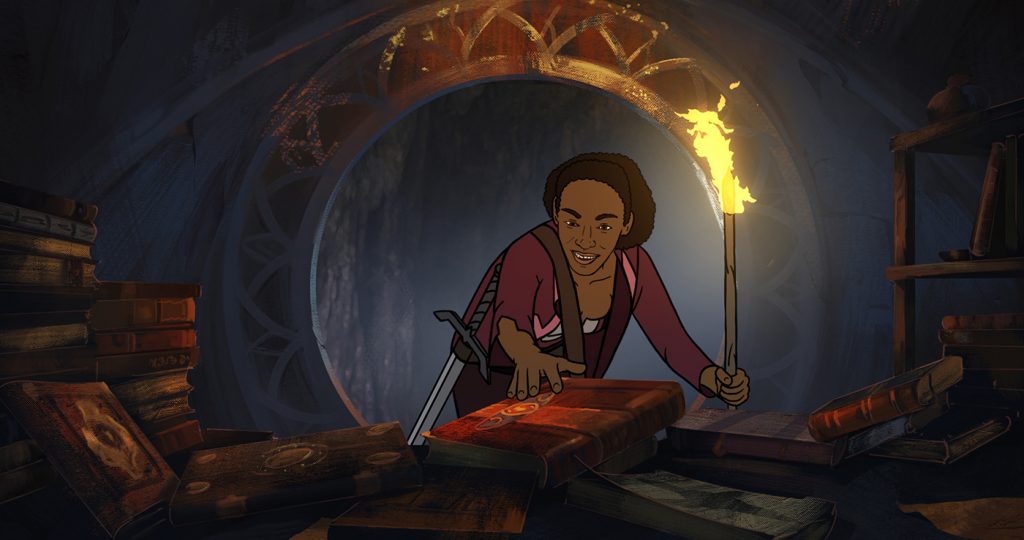 I loved the wide range of characters in The Spine of Night. There is the vile Ghal-Sur, who oozes with evil that reminded me of The Emperor in the Star Wars  series.  Then there is heroic Phae-Agura, a seeker of ancient knowledge who doubles as a protector of the books containing that knowledge. My favorite characters show up in the final story. They are Sparrowcrow, Falconhawk, and Kestelwren. These three elite soldiers take the fight to the army of the evil force that has exploited the power of The Bloom for his gain. Every character had the impression of a real person with a history I would have loved to know more about. The whole cast helped to bring these characters to life, with some masking their recognizable voices. I did not recognize Richard E. Grant as the voice of the Guardian or Lucy Lawless as Tzod. By giving these characters a unique voice, it bestowed upon them their own identity which helped further immerse me into this fantasy world.

There is a large amount of graphic violence and nudity, both male and female, which may put some people off. I thought those elements had a natural place in the savage stories being told. It was very much in the vein of the live action Conan The Barbarian from 1982 and The Sword and the Sorcerer. The graphic scenes in The Spine of Night had as much artistry put into them as the rest of the film. I did not find it distracting in the least. They helped punctuate the theme of the savagery of man.

The Spine of Night is a great reminder of unlimited possibilities cinema has to offer. While the retro animation style may turn some people away, for many they may find it a refreshing change to the CGI animation. I think it is wonderful that someone is still making animated films for adults. The script is rich and epic in scale, sharply crafted in a way that takes its audience on a fantastical journey while not holding its hand. I highly suggest you seek  out when it is released.

SXSW 2021 Review: “The Spine of Night” An Epic, Deep, and Ultra-Violent Piece of Cinematic Art