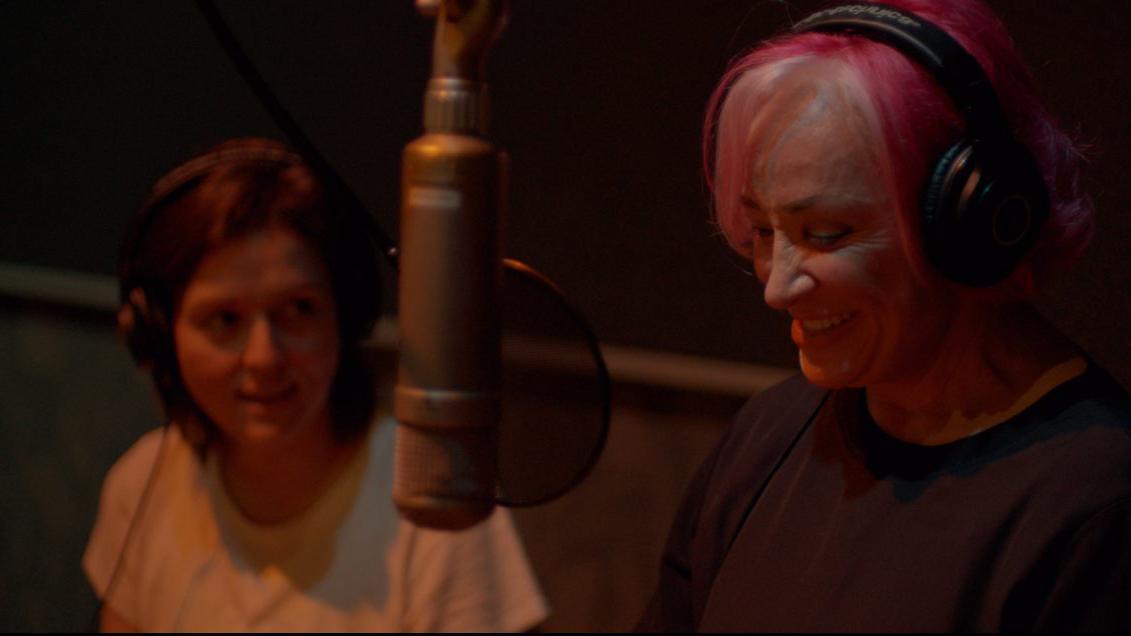 In 1972, a thirteen-year-old girl lit the music world on fire with her soulful and iconic rendition of “Delta Dawn,” a song written by Larry Collins and Alex Harvey. This gorgeous tune turned young Tanya Tucker into a country music sensation. As Tanya transitioned into an adult artist, she found herself with several chart-topping records, from early hits like “What’s Your Mama’s Name?” and “Lizzie and the Rainman” to fan favorites like “Texas (When I Die)” and “Strong Enough to Bend,” plus many more. As she grew older and wilder, Tanya fashioned herself after country legends like Merle Haggard and Elvis Presley instead of the more traditional female vocalists from that era. The singer was often the subject of gossip rags, partly because she played by her own rules. Yet her music continued to rise above all of it. Why? Because she’s Tanya Mother Tucker, that’s why!

In 2009, Tanya released the album My Turn. The 24th studio collection consisted of cover versions of classic tracks like “Love Sick Blues” and “Crazy Arms.” However, cover albums rarely reach the heights of the sound that make an artist a legend. Thankfully, a few years later, Brandi Carlile and Shooter Jennings had the inspiration to record with Ms. Tucker. The two critically acclaimed musicians approached Tanya about returning to music after a long absence. From that, the profoundly personal “While I’m Livin'” returned the artist to center stage. The album features an impressive collection of songs that harken back to the brilliant career that made Tanya a legendary figure in country music. Featuring the heartbreakers “Bring My Flowers Now” and “The House That Built Me,” as well as charmers like “Hard Luck” and “Seminole Wind Calling.” The new recording proved successful, even earning Grammy awards for Best Country Song for “Bring My Flowers Now” and Best Country Album.

Previously, SXSW premiered an especially moving film if you happen to be a fan of anyone involved. The Return of Tanya Tucker: Featuring Brandi Carlile is near perfection. The documentary captures the recording of the award-winning record, yet it also delves into the decades-long career of the impressive talent behind it. Directed by Kathlyn Horan (The IF Project, Indigo Girls: One Lost Day), the film explores Tanya’s recording studio experience. It also offers a collection of home movies, old interviews, and photographs thoughtfully used to reveal how Tanya Tucker found success. It also doesn’t shy away from her past and that she wasn’t sure that recording this record was the right thing to do. Having stayed away from the spotlight for years, Ms. Tucker decided to work with Carlile and Jennings. And she also allowed a camera crew to document the journey from the recording process to the successful record release. The film begins at a small show held at the Troubadour in Hollywood, California – a concert that I attended and adored. We are thrown right into the thick of it. While this particular tour was cut short due to Covid, she played enough shows and did the right kind of promoting for the new album to receive rave reviews and strong sales. The story quickly becomes more than just a music doc intended to sell albums. It’s a story about a woman who has had a decades-long career in the business filled with ups and downs. It’s also, sort of, a love story. This amazing lady with white hair mixed with shocking pink is an undeniable influence of Brandi Carlile. Yet it’s so beautifully charming watching Brandi and Tanya work together on a tough day. Moments where Ms. Tucker can’t bring herself to sing. The way Brandi works through it is exceptionally thoughtful and inspiring. Sometimes music can bring out the best of us.

One of the most effective elements in the film is the creation of the songs themselves. The story about Loretta Lynn and the words that led to Tucker winning a Grammy for Best Country Song is one of the most poignant moments in the film. It’s rare to listen to popular music from the perspective of someone in their Sixties. This includes the idea of visiting a home that you lived your happiest years in and desire for one last return. Ms. Tucker’s raspy vulnerability in “The House That Built Me.” It’s also a universally familiar feeling for many. The gentle beauty of “Bring My Flowers Now” and how we all sometimes forget to show how much we love those currently in our lives. It’s a powerful work. The songwriting process between Brandi, Tanya, and Shooter is fascinating to watch. The collaboration and the stories make for a music-filled documentary that is a positively joyful experience.

The Return of Tanya Tucker: Featuring Brandi Carlile is an essential watch for fans of any players involved. I’d highly recommend it if you appreciate great music. Even still, the film manages to do something else. The focus on Tanya’s age and the fear of returning to 5 the business is surprisingly relatable. Not because we all are country legends facing a new decade, older and wiser. No, it’s because we’re allowed to see a woman who has dealt with a lifetime of happiness and disappointments. She is who she is. Unapologetically. Yet she finds a connection, not only with Brandi and all the musicians involved but something more. No, it’s as if she is reconnecting herself musically with why she wanted to sing in the first place. It’s a journey of aging and growth filled with great songs and a lot of attitude. We Live Entertainment will keep you posted when the official release date arrives for this music doc with attitude and heart.

JimmyO’s rating for The Return of Tanya Tucker: Featuring Brandi Carlile is a 9 out of 10 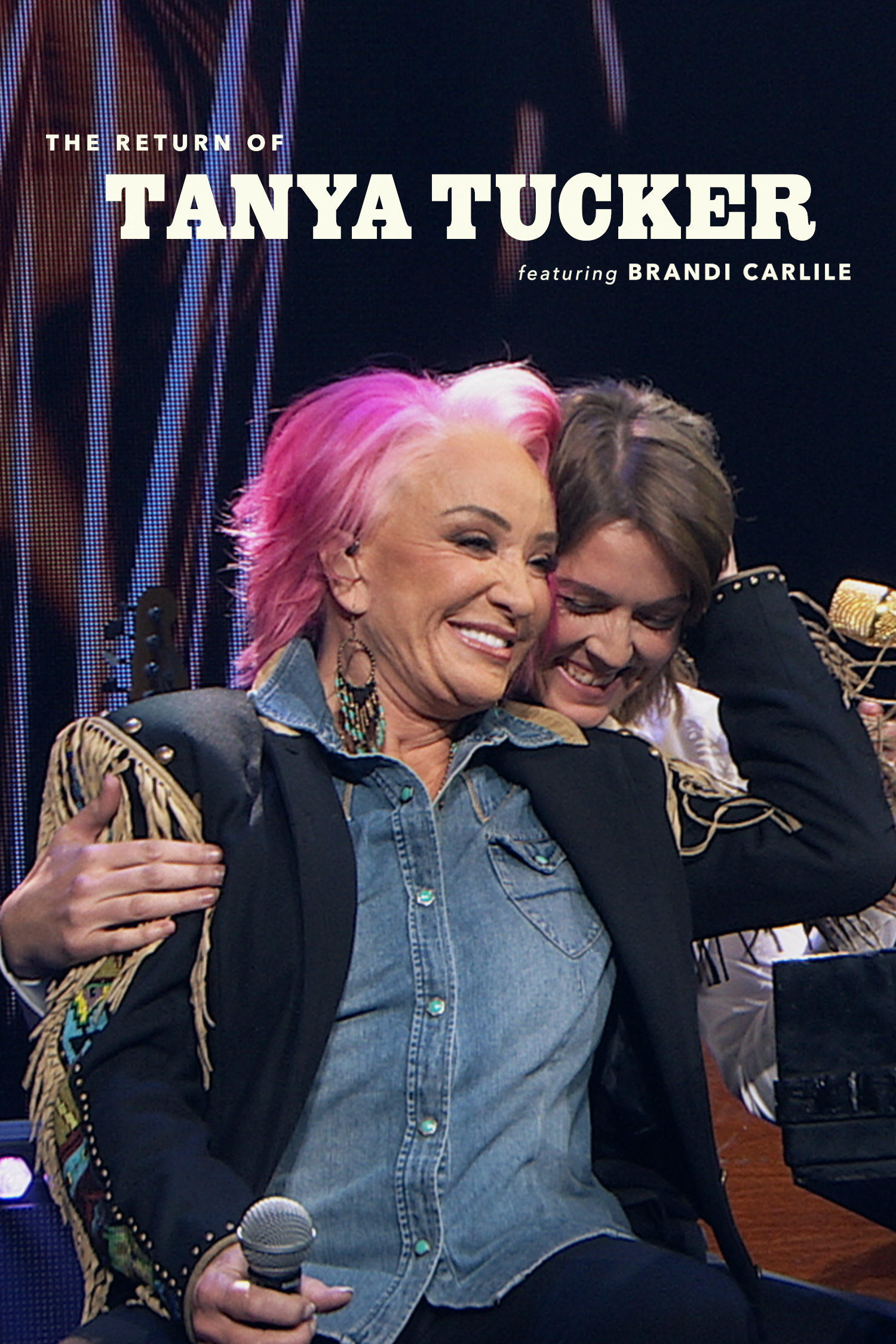