This might come across as callous, but more than anything else, The Tender Bar is a reminder that just because you’ve lived a casually interesting life that makes well-intentioned acquaintances say “You should write a memoir” doesn’t mean that you should actually write a memoir. And furthermore, said memoir probably doesn’t need to be made into a major motion picture. That’s the central issue with The Tender Bar. There’s nothing wrong with its performances (Ben Affleck acquits himself particularly well), but there’s very little that makes it stand out as a story worth telling, either. Despite a charming first act, The Tender Bar suffers from a lack of direction that plagues the rest of the film, creating a listless and unconvincing outing from director George Clooney.

As a little boy in working-class Long Island, JR (Daniel Ranieri) moves with his single mother (Lily Rabe) into his grandfather’s house. They can’t afford rent on their own, and in this boisterous house full of a perpetually resentful but loving family, they find a version of home. JR enjoys the novelty of having so many people around, cousins and aunts and uncles tumbling from room to room in a constant hum of energy, but he can’t help but feel a void left by the absentee father he knows only as a voice on the radio. His parents split up when he was a baby. His dad, an alcoholic DJ, has seen him only a handful of times since then. Luckily, JR has an Uncle Charlie (Ben Affleck), a kind, gregarious, secretly intellectual bartender who takes JR under his wing. This warm paternal figure will define JR’s young life and set him on a path to adulthood. 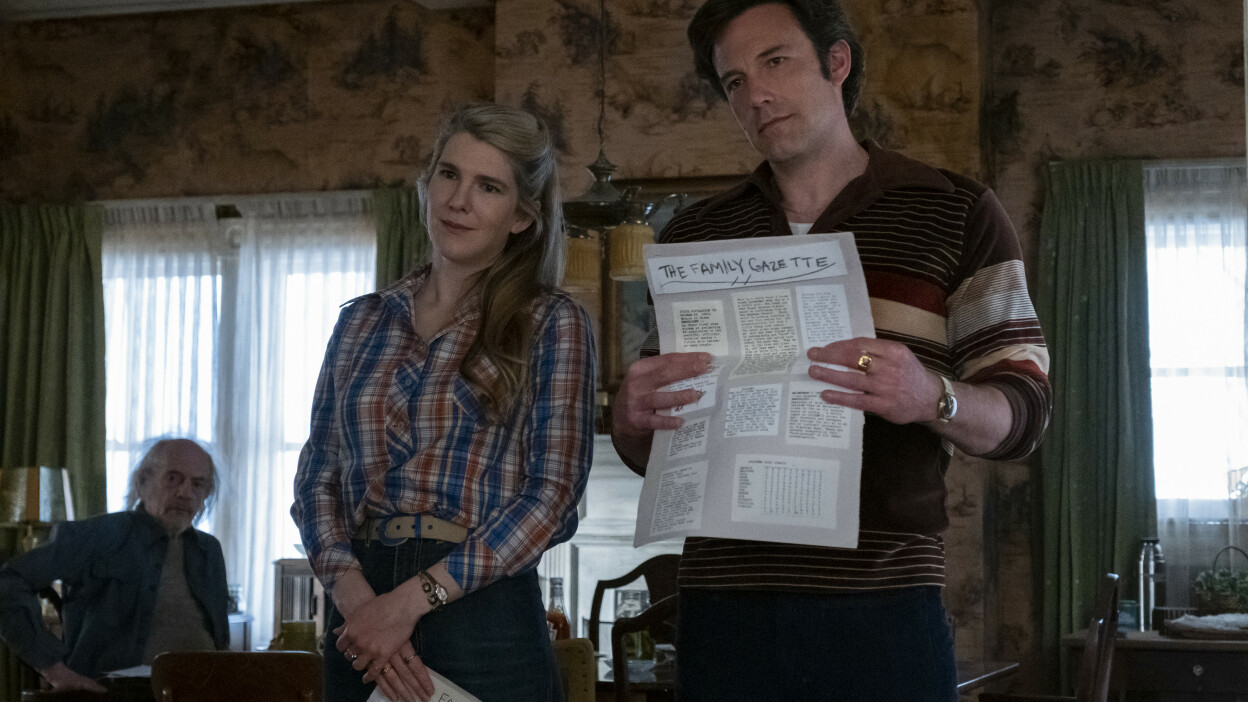 “The Tender Bar” feels as though it’s fundamentally misstructured. The first act, which focuses on JR’s childhood, is exactly what you would want this movie to be. It’s poignant and nostalgic, depicting a kid’s struggles to navigate a world where people perceive him as having something missing. His school hosts a father-son breakfast that he has no one to invite to; a child psychologist cross-examines him about his name, believing his lack of a father to be extremely damaging (in reality, he may just be attempting to make an argument for why JR’s mother should date him); he listens to the radio at night in a desperate bid to pretend as though his dad is speaking to him, and he allows himself to be disappointed over and over again when his father’s rare overtures to him are ultimately fruitless. Watching a kid decked out in baseball gear waiting on his front porch for a father who will never show up to take him to a Mets game? That’s the stuff that 1970s-era movies based on memoirs by people who used to work at the New York Times are made of.

And if that was the whole film, this would be a very different review. But as delightfully charming as JR’s youth is, we suddenly fast forward to him as a high school graduate (played by Tye Sheridan) about to embark on a new adventure in college, one that is miles away from his life in working-class Long Island. He meets a girl and quickly falls in love with her: this tumultuous relationship and JR’s lingering desire for a connection with his father will define the rest of the film. “Define” may be too strong a word for what these two narrative components provide; however, they offer a dim light to guide us along our way but make no mistake, there’s very little direction in these two aimless acts. 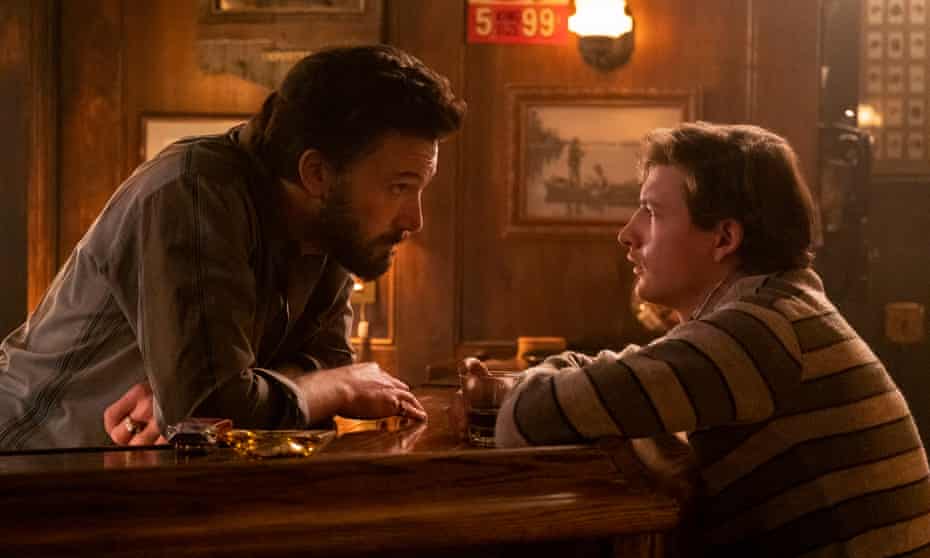 We see flashes of him at college, starting a job at the New York Times, spending a very awkward holiday breakfast with his girlfriend’s upper-class family, trying to track down his perpetually absent father. But it’s weak characterization work, and it’s certainly not enough to hang such a wide swath of a film on. The problem with The Tender Bar is that it’s fundamentally unbalanced. All of the narrative thrust exists in the first act, and the screenplay really should have been adjusted to account for that. It would have been improved beyond measure if, for example, JR’s childhood made up the lion’s share of the film, and either his journey to college or his attempt to reconcile with his father represented a mere coda at the end of The Tender Bar.

This is, ultimately, why The Tender Bar comes across as a disappointment. Ben Affleck does his best, but even he can’t hide the fact that there’s almost no substance to the film once it transitions away from JR’s childhood. Tye Sheridan fumbles his way through incoherent vignettes where we’re told things about his character (that he’s a good writer, that he’s in love with Sidney, that he’s a good son, etc.) but very little of that comes across on screen and, damningly, it’s hard to forgive the fact that since this is a memoir, JR himself is the one who’s telling us all this stuff about himself. So aside from a pleasantly nostalgic opening 40 minutes and a delightful turn from Affleck, The Tender Bar is a mostly pointless endeavor that has little to recommend it. 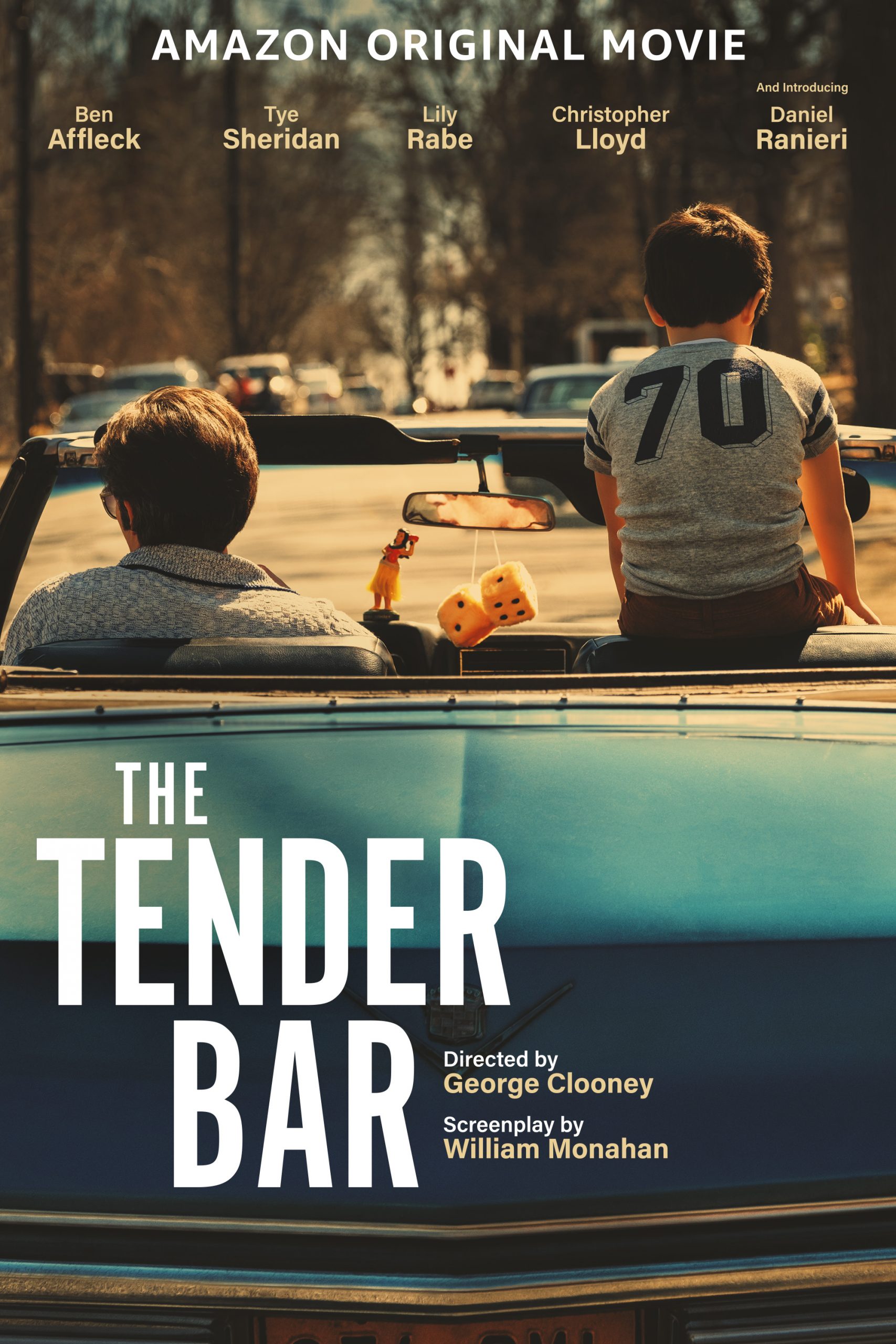 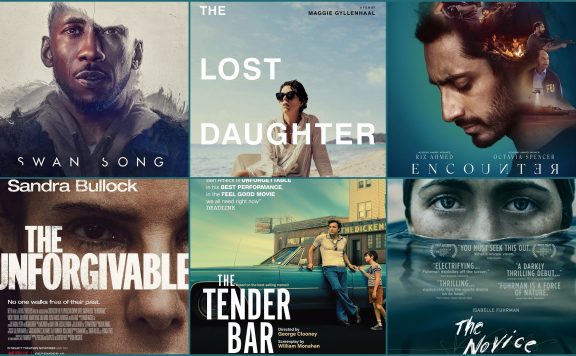 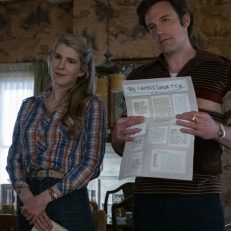 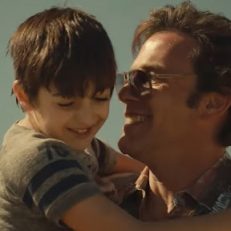 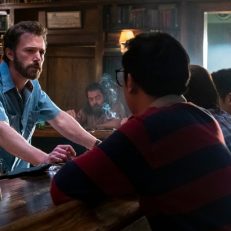 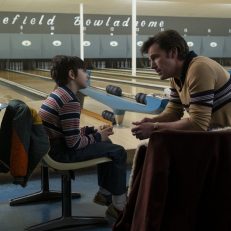 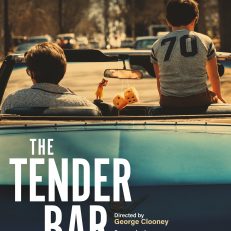 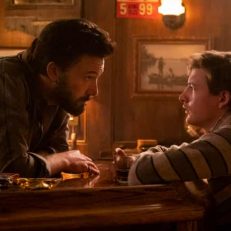