At the time of this writing, it’s nearly Halloween, and throughout the month, Terrifier 2 has managed to capture more and more attention in theaters, with the film gaining more screens and earning many multiples of its cost at the box office. All things considered, it’s a pretty incredible story, as this has become a slasher series partially driven by crowdfunding efforts. It has paid off well, as the budget may be low, but this sequel serves as a considerable improvement on the first film and continues to deliver on what I can only see as becoming a new horror movie icon – Art the Clown. While certainly not for moviegoers who can be squeamish when it comes to highly gory sequences, the fact that writer/director/makeup fx supervisor Damien Leone spent significant time on delivering a character-driven screenplay ends up working out for the better. This is an overlong but effective splatter horror feature that really doesn’t run short on anything.

For those surely curious, Terrifier 2 does not really require everyone to have seen the first film. The events are recapped quickly enough, but it comes down to some simple story beats. A killer clown (played by former mime David Howard Thorton in an effectively chilling and silent performance) killed several people in a town called Miles County before seemingly killing himself. Somehow, the clown, known as “Art,” was resurrected and left the morgue without a trace. This film picks up a year later, focusing on Sienna Shaw (Lauren LaVera) and her younger brother Jonathan (Elliot Fullam).

As noted, director Leone wanted to counter the criticisms of the first film by really ramping up the character work in the sequel. Terrifier 2 is 138 minutes long, and one can see not only why but where the trims could have been made to tighten it up. It’s almost like a dare, given the amount of time we spend learning about Sienna, Jonathan, and their widowed mother, Barbara (Sarah Voigt, in a wildly over-the-top performance). With that in mind, I can’t fault the good material and the solid effort the performers put in as the siblings. 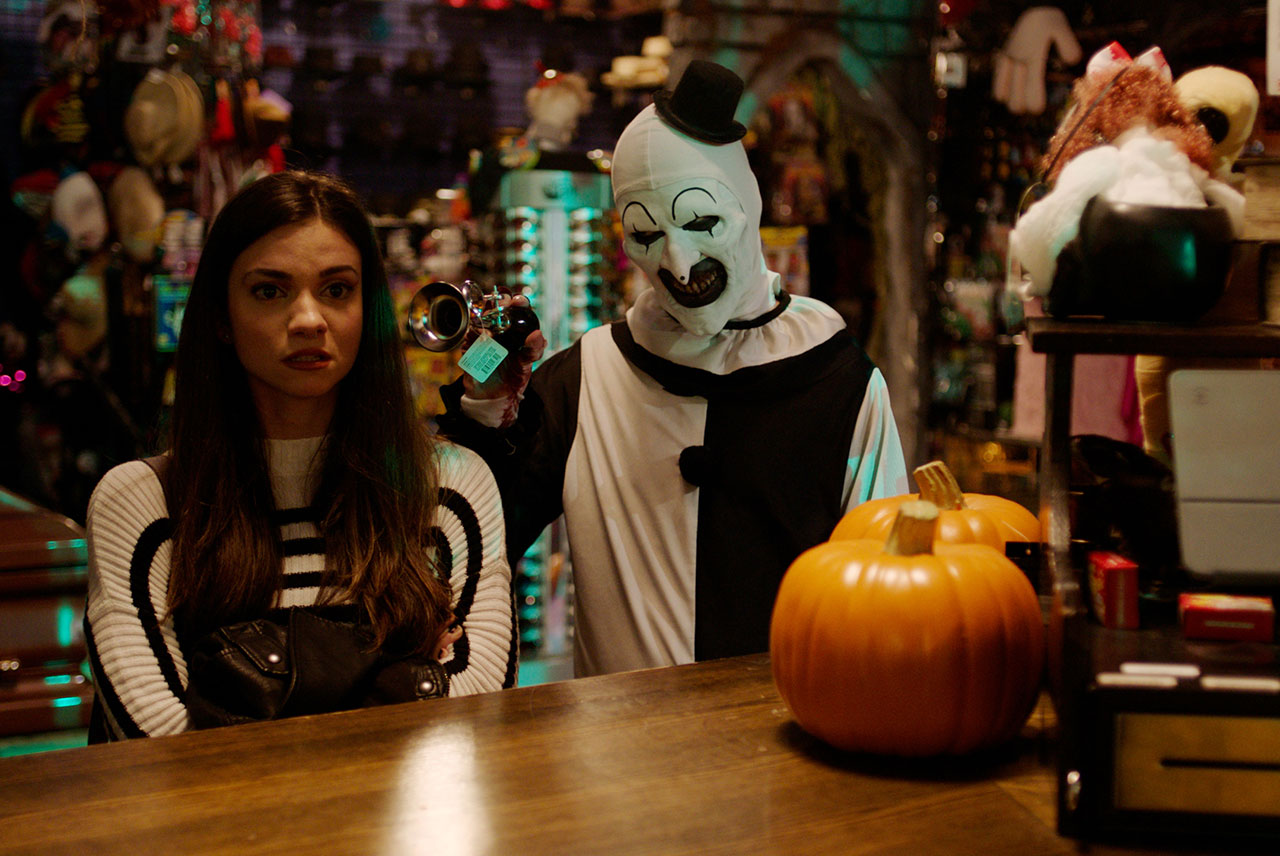 This is especially rewarding when considering the arc of this film and the effort Leone goes through to deliver a new horror heroine. I’ll have more to say about Art the Clown soon enough, but he’s not an easy villain to go up against. And yet, not only does this film allow us to have characters to root for, there’s significant effort put into essentially developing a compelling origin story for whatever is in mind for the finale of this film, let alone whatever possible sequels come out of all of this.

Of course, this is also a very grimy horror movie. Even with a notably brighter sheen on top of the proceedings this time, things still get very twisted in the gore department. Art the Clown is a very deranged killer with a warped sense of humor. Something I’ve always enjoyed about Michael Myers is his indescribable choice to be a bit of a prankster on Halloween. We didn’t get to see any of that in Halloween Ends, but Art makes up for it with how he conducts himself.

Again, Thorton is a former mime, and those skills are most certainly put to use in the way the film lets Art build up to his varying forms of torture and killing. Reports of emergency services having to be called because of people fainting and vomiting feel entirely overblown (horror fans that have seen more than a couple gory horror flicks are not going to make any grand discoveries here), but it’s not like this film doesn’t deliver on the bloody mayhem it promises. Limbs are torn off, bodies are deformed, and flesh is…played with. All the while, Art never removes his sinister smile from his face. 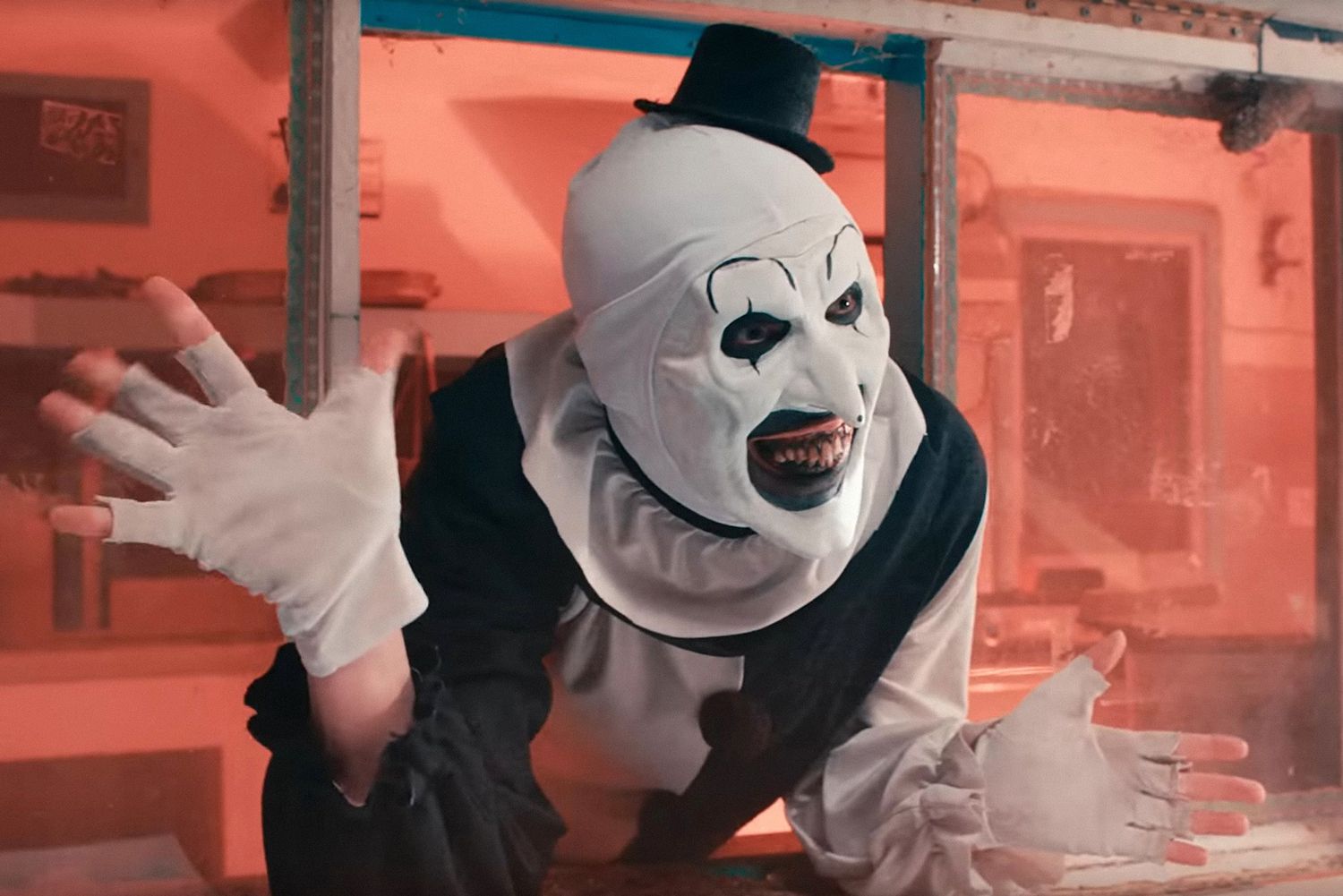 There’s even something to be said for the way pitch-black comedy is derived from this sick clown’s elaborate ways of making things painful for everyone he encounters. As stated, Art falls into the prankster category of horror villains, and the choices made in the performance really help the character stand out. This clown has no origin, let alone any sense of motivation. All we have to go on with this silent performance is understanding that he will not stop his deadly games.

Given the length and the fact this still boils down to being just another slasher film, one has to wonder what the point of all of this is. Well, searching for deeper meaning is not really going to lead to much. The film has nothing to offer regarding social commentary, as it’s more driven to serve as a slasher throwback. There is a way to read into the extremes of good and evil and the toll it can take, though I’m also convinced another Terrifier will have more to say on that front. 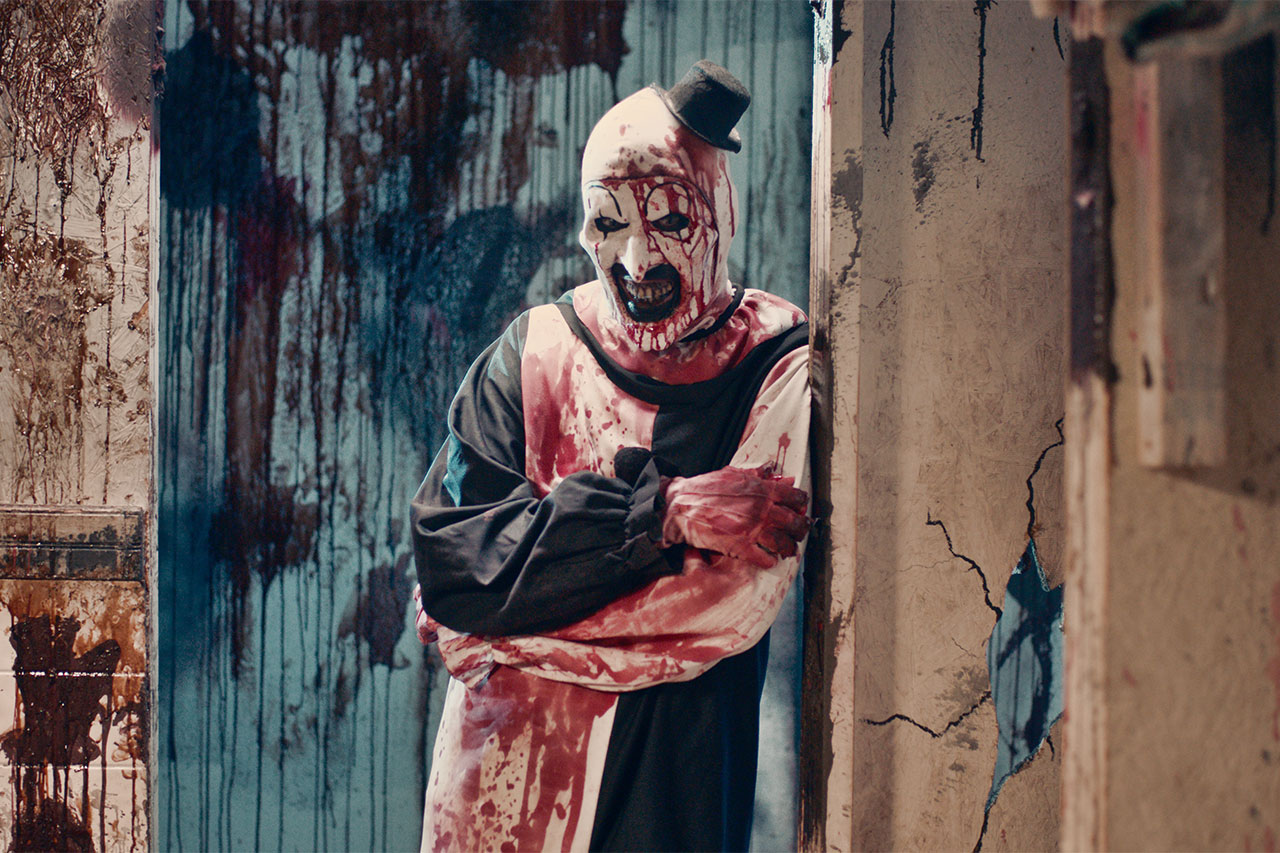 As it stands, there’s a real commitment to simply getting it right. Yes, the film is long, but it’s also impressively made. I don’t think there were ever more than three people on screen at a time in the first film, but Terrifier 2 makes plenty of room for extras. The production design is a lot better, getting away from warehouses seemingly left over from Saw films. And, yeah, the splatter stuff looks really great. That was a strength of the first film, and while there’s such a strong effort put into the brutality, it doesn’t take away from what a success it is to see these violent creations come to life.

Terrifier 2 is an excellent example of a sequel that goes bigger and actually becomes better. The expanse of everything the first film was doing greatly benefits the Art the Clown saga. I wouldn’t even say the extreme gore category of horror is my preferred way to take in the genre, but there’s plenty of room for the splatter-lovers to unite in joy for this clownsploitation flick. The fact that a pretty solid story has come out of all of this only adds to whatever journey Damien Leone is taking with this series. So we’ll see what happens when he puts the makeup back on his cast and straps in for a third round of terrifying.

Terrifier 2 is now playing in select theaters. Showings can be found on the film’s official website. The film will stream uncut exclusively on Screambox starting October 31. 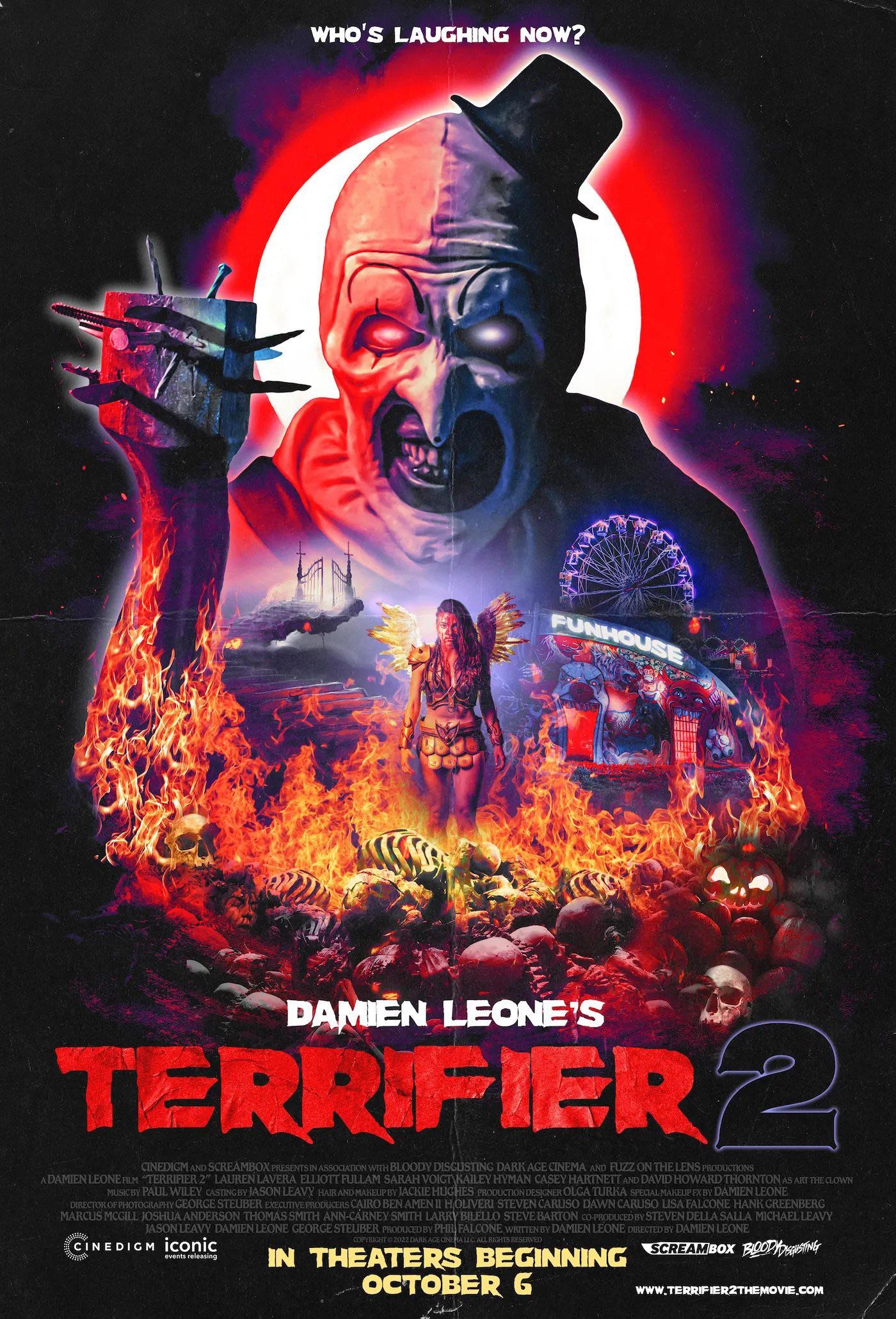 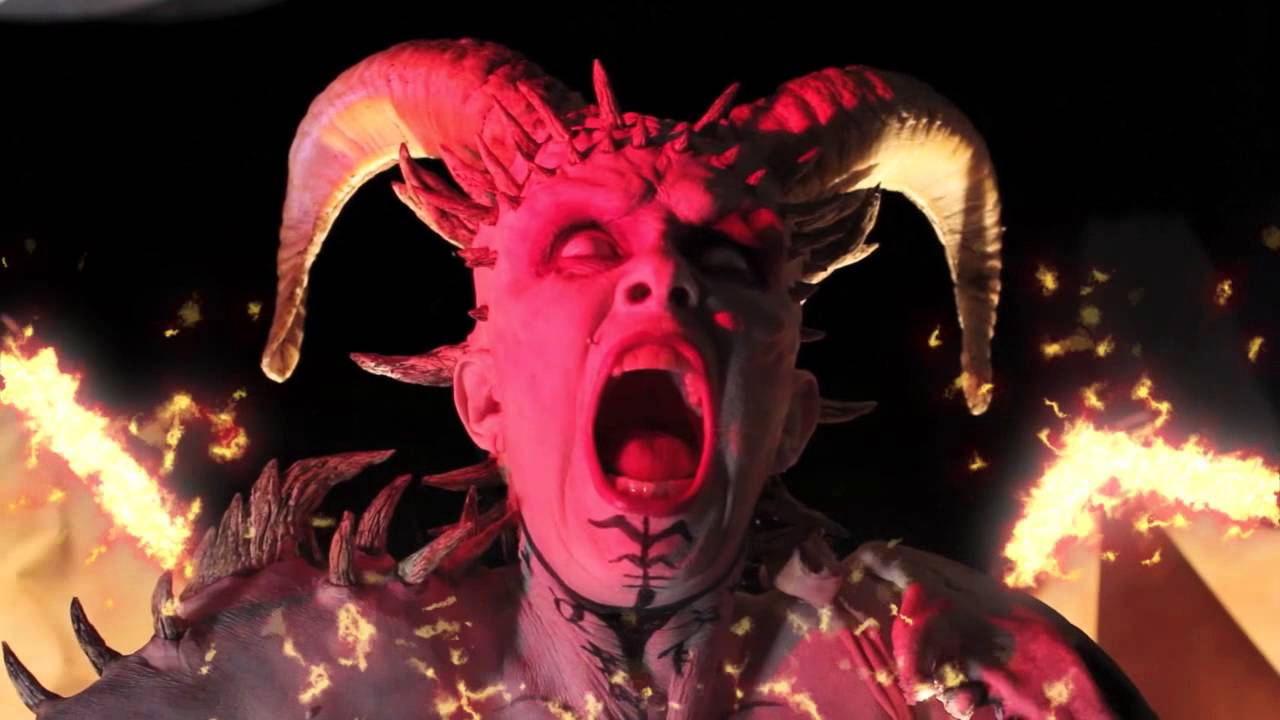 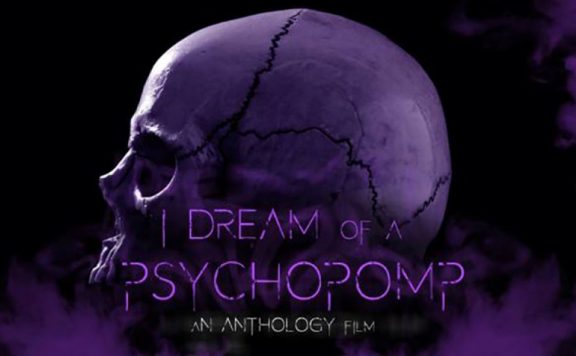 ‘Terrifier 2’ Review: Clowning Around In An Epic Splatter Film 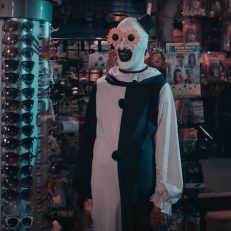 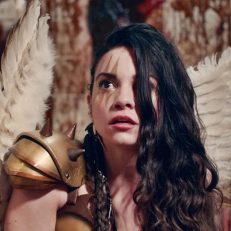 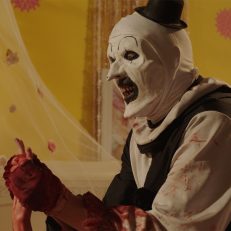 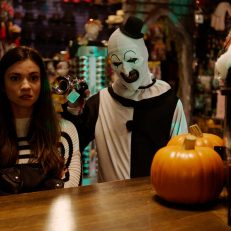 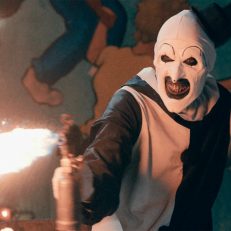 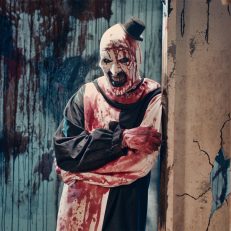 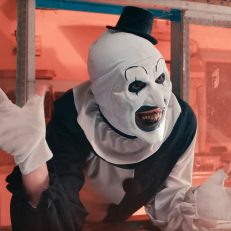 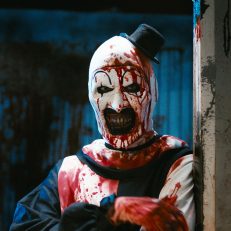