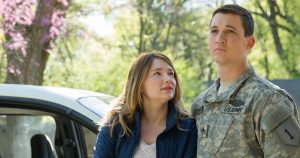 Thank You For Your Service is a difficult film to watch, but it should be. It’s not nearly as difficult as it is for returning veterans to live with PTSD. The film dramatizes issues with VA care to put a human face on the statistics.

Adam Schumann (Miles Teller), Tausolo Aiei (Beulah Koale) and Will Waller (Joe Cole) finish a tour in Iraq only to struggle with different roadblocks to adjustment. All have PTSD. Waller finds his fiance has left him. Solo struggles with memory. Both Solo and Schumann face the VA bureaucracy that leaves them untreated for crucial months. 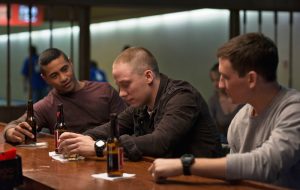 It’s one thing to hear that the VA is backed up and understaffed. I find most people don’t quite understand the abstract concept of that until they see how an individual person cannot obtain the help to which they are entitled. Thank You For Your Service shows the process seems worse than the DMV and what’s at stake is far more important than driving a car. Solo waits all day just to find out he has to go to a different floor to get his VA card, only to start the process all over again. That’s not even the worst though. 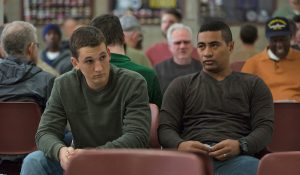 Because there are so many returning veterans, the limited VA staff is backed up so it can take nine months to get a suicidal veteran into a treatment center. Think a suicidal person can “hang in there” for almost a year? And the desk clerks aren’t the ones making the rules or understaffing the system, yet they are the only ones to whom the veterans can complain. The people in charge never have to listen. And plenty of VA staffers go above and beyond, but there are only so many hours in the day if they’re already booked through their lunch hours. 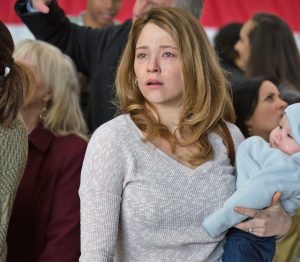 Meanwhile, the film lets you go home with them as their spouses and families suffer the collateral damage of a system using their husbands up and leaving them to fend for themselves. Writer/director Jason Hall does a great job of showing, not telling us what these dramatic problems are. Schumann’s wife Saskia (Haley Bennett) can only learn the depth of Adam’s struggles by reading his VA forms. He and Solo both suffer disturbing visions the audience gets to experience with them. The men are literally trying not to tell their wives how bad it is, so the manifestations of their trauma are all the wives have to go on.

Hall captures the sensory sensitivity with the onslaught of sound in modern day life. Short of smellovision, he even captures how other senses compound the overload. The men are dangers to their children, through no fault of their own but it still creates a palpable worry for everyone’s well being.

There are no easy answers and Thank You For Your Service is not a film about answers. It explores the common ways many veterans attempt to cope, and that is the source of powerful drama. In this case, the answers have to come from the audience. We have to pressure our politicians to devote resources to the returning veterans, and forbid increasing any more burden to the system without also giving it those resources. If living Schumann, Solo and Waller’s lives for just a couple hours can raise awareness to the needs of the hundreds of thousands of veterans just like them, that would be the gratitude they deserve. 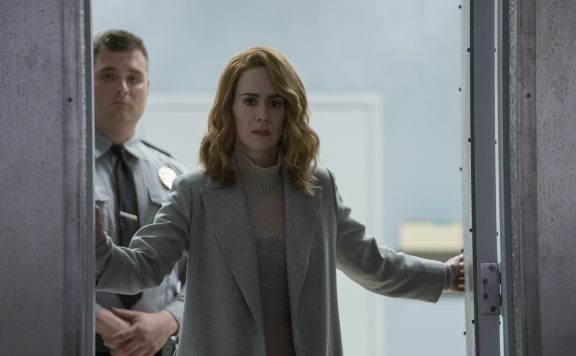