Romantic comedies seem easy. And on some level, they probably are: there are a variety of tropes for writers to pull from, and there’s a tacit understanding that viewers are looking for something light and fun. There’s not an unfairly high bar to clear because no one’s expecting Citizen Kane. But as easy as it is to pull together a generic, bog-standard romantic comedy, making one that stands out is a lot harder than it looks. The Broken Hearts Gallery, written and directed by Natalie Krinsky in her feature debut, is an endearingly quirky romance complete with a total charm offensive from Geraldine Viswanathan, a young actress whose talents are impossible to ignore.

Lucy (Viswanathan) is an aspiring art curator who can’t seem to maintain a romantic relationship. It’s difficult to tell what makes these flirtations crash and burn, but they’re probably not helped by Lucy’s tendency to memorialize exes before they’ve even broken up with her. Her bedroom is a shrine to small moments of every lost love, filled with random knick-knacks and other mementos that are fraught with meaning (but only to her.) After a disastrous gallery opening that sees her boyfriend Max canoodling with another woman and her unceremonious firing after making a drunken scene in front of her boss, Lucy is undeniably at rock bottom.

That’s when she meets Nick (Dacre Montgomery), the owner of a derelict former YMCA he’s in the process of converting into a hotel. There, amidst the shambles of the would-be Hotel Chloe, she gets the idea for the Broken Hearts Gallery. It would serve as a graveyard for lost relationships, and an opportunity for spurned lovers to let go of the past. She begins recording videos of people who have volunteered their treasured items for the collection to explain their significance, and it goes viral, a sort of Humans of New York for dumpees. 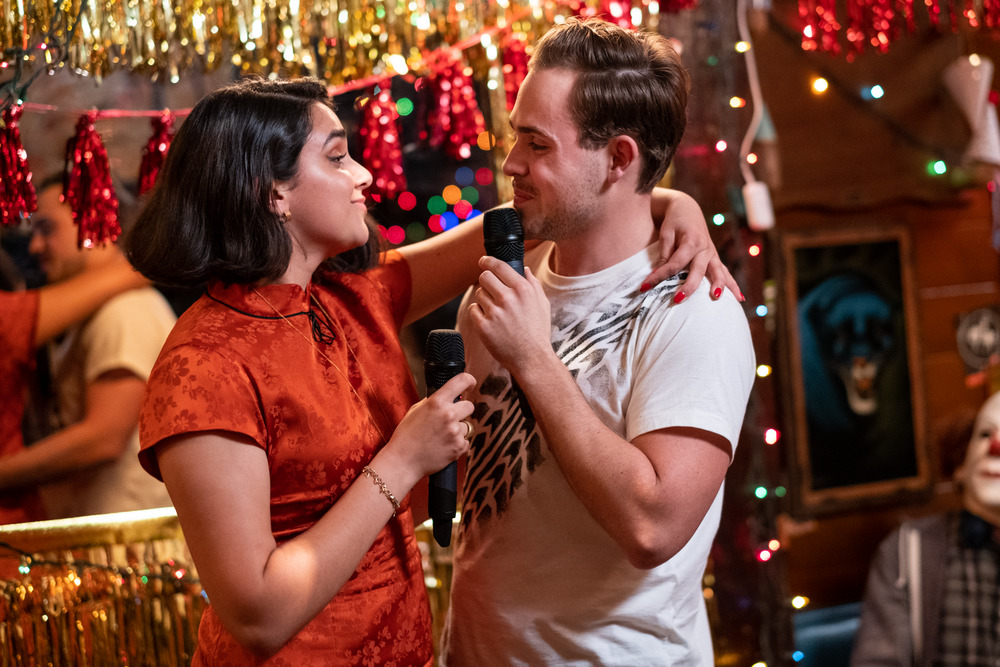 What’s really shocking about The Broken Hearts Gallery is just how incredibly likable it all is. Krinsky takes every traditional element we’ve come to expect from a romantic comedy and effortlessly executes a near-perfect version of each. The loyal band of ride-or-die best friends? Philippa Soo and Molly Gordon play Nadine and Amanda, Lucy’s fiercely protective roommates, with such panache and personality that they never feel like they’re just the best friend characters. With Nadine’s predilection for serial dating Russian models and Amanda’s bizarrely fascinating relationship with the ever-silent Jeff (Nathan Dales), there’s enough text there for them to have their own movies. Nick also gets his emotional support in the form of Marcos (Arturo Castro) and Randy (Megan Ferguson), who are both natural and sweet and hilarious. It’s a romantic comedy that focuses on its two leads by necessity, but The Broken Hearts Gallery derives so much warmth from its extended ensemble cast.

Krinsky doesn’t neglect any of the rom-com tropes. As Max, Utkarsh Ambudkar brings to life the quintessential douchey ex with an even douchier haircut, walking a tightrope of smug, insufferable, and occasionally off-puttingly earnest. Bernadette Peters is the classic demanding yet eccentric boss, with her line delivery and outlandish stories of her past making her seem as though she’s been dropped into this film directly from outer space.

But more than anything else, The Broken Hearts Gallery deserves credit for how well its two leads work together. Geraldine Viswanathan completely owns the emotional heart of the film in what has to be a star-making turn for her. When she garnered acclaim for her work in Hala last year, she was an undiscovered gem and relatively unknown. Now, with a few more credits under her belt, she’s more consistently getting the attention she deserves but still presents as a plucky underdog ready to take the world by storm. 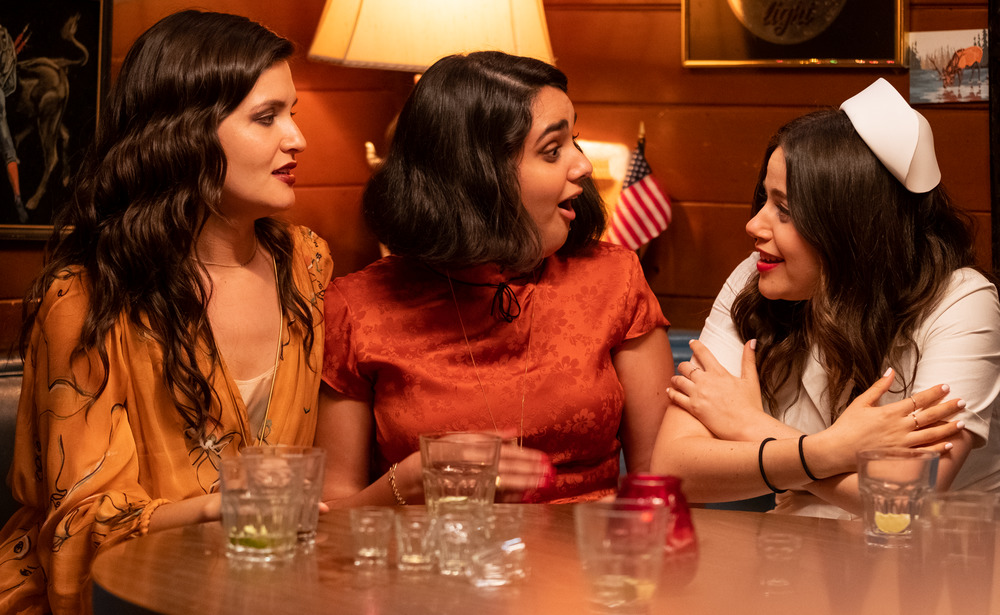 Dacre Montgomery may not have been an obvious choice for a charming romantic lead, especially since many audiences likely know him best for his wildly off-kilter performance as Billy on Stranger Things, but for some reason, it just works. He slides surprisingly well into the male romantic lead role, while still maintaining a little bit of quirkiness that prevents him from ever seeming bland, like so many actors end up coming across in parts like these. As Lucy says in the film, she’s the monster who makes messes, and he’s the human who cleans them up. It’s easy for the human in this scenario to just seem dull in comparison, but Nick is never boring. Viswanathan and Montgomery have really charming and natural chemistry when they’re on screen together. And honestly, in a romantic comedy, if you have that, 90% of your job is done.

There’s nothing wrong with The Broken Hearts Gallery. It hits every single note pretty much perfectly, with strong moments of deeper emotional content that never overwhelm or take away from its inherently lighthearted nature. It’s probably the closest thing to getting a big, comforting bear hug from a movie, and its completely uncynical approach is the perfect antidote to everything 2020 has thrown at us. If this is what Krinsky has to offer as a director, we can’t wait to see what she does next. 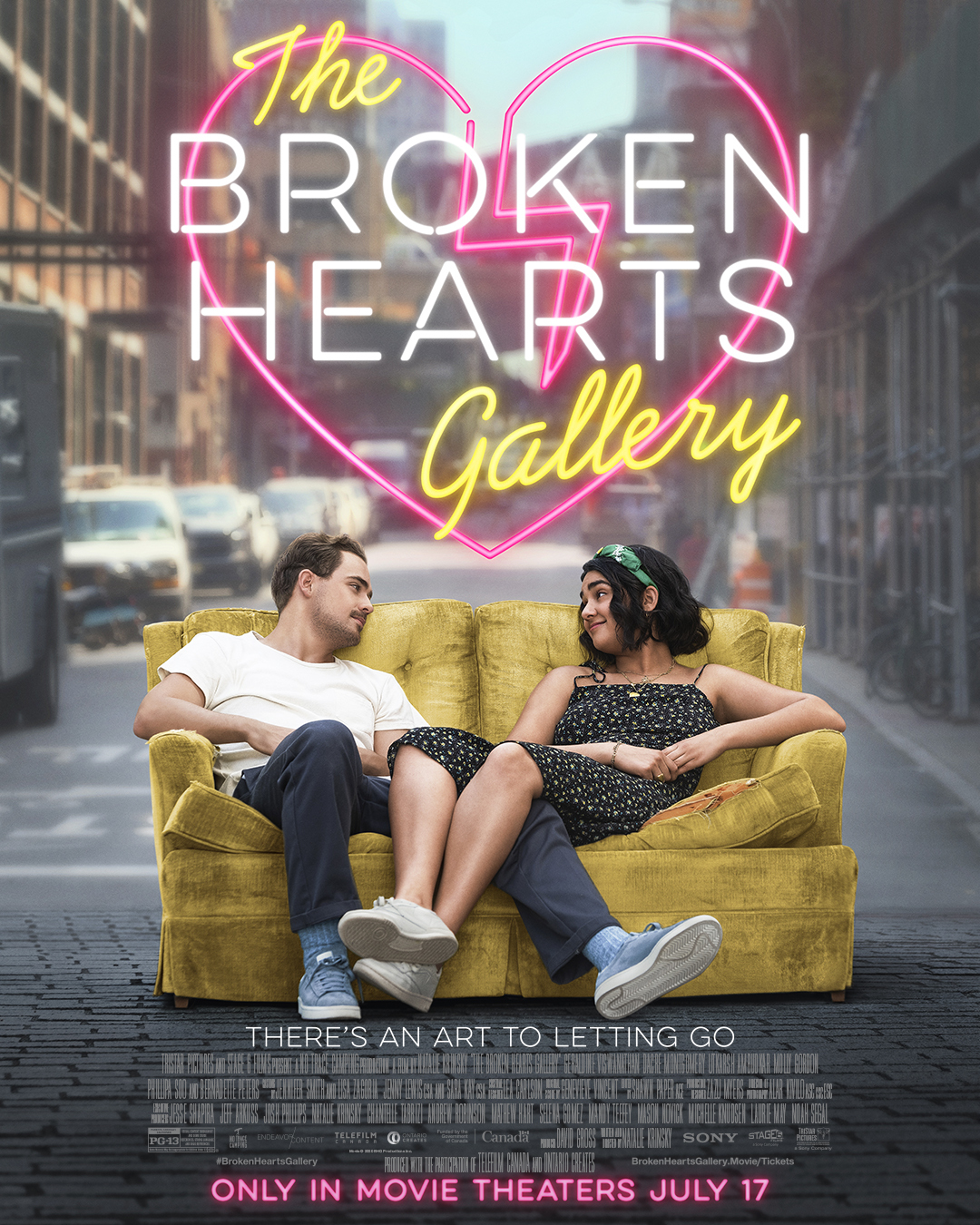 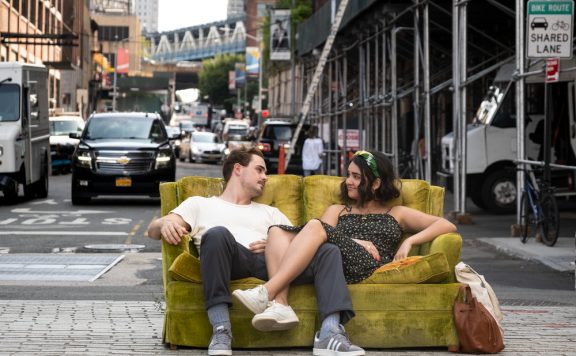 ‘The Broken Hearts Gallery’ Review: The Most Likeable Rom-Com of the Year 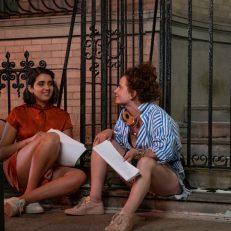 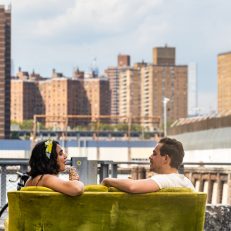 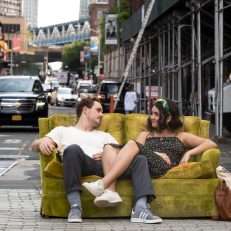 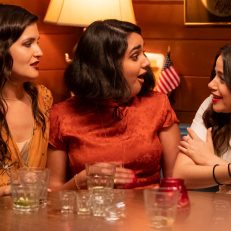 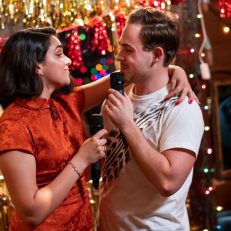 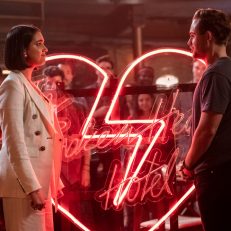 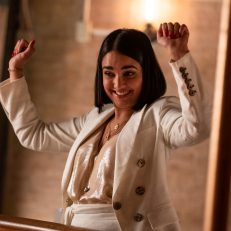 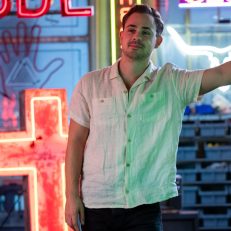