The Cabin in the Woods Review

Joss Whedon’s The Cabin In The Woods is going to be such a difficult movie for me talk about, or for anyone to talk about. This thing is full of surprises and twists that it’s pretty much what the whole movie consists of. Take the poster for example, it shows a cabin acting like a Rubik’s cube, and that is all you need to know about this movie. Whatever you think it’s going to be going into it, you are dead wrong. But all this is a refreshing change of pace for anyone who complains that the horror genre, or any genre for that matter, has become way to predictable over the years. Whether you find yourself loving it or hating it has the plot unfolds, one things for sure, you wont see it coming.

The film starts off like any ordinary horror movie. You have your set-up, which is the group of college students getting together and packing up for the big weekend at the lake, you get the creepy old gas station owner who warns them about whats to come if they travel any further and then you get the creepy cabin itself that looks like a hurricane got the best of it. After all these cliches are laid out on the table, the crazy reason you came to this movie in the first place starts to unfold. Which brings me back to why its very hard to discuss this movie, because part of the fun is not knowing what is going to happen, until it actually happens. I can’t joke around when I say my jaw hit the floor when the movie ended, because I could not believe the turn around the movie made. It went from slasher film to action film with a snap of a finger, while still sticking to a comedic tone.

Another unique aspect about this movie is how well it mashes genres together. I’d say this is equal parts horror and comedy. The situations the group find themselves in and the numerous jump scares are a part of the creepy effect, but the banter between all the characters and the sharp written dialogue written for each of them made me laugh a lot more than I ever though I would in a movie like this. The best is, it was all intentional humor. Most of the jokes come from the stoner friend of the bunch, Marty (played by Fran Kranz). He’s one of those guys that comes off as a fool because of all the pot he smokes, but is actually on to whats happened to him and his friends in the cabin. So in addition to being one of the funniest in the movie he is also the most interesting.

Almost everyone here is an unknown talent, with the exception of Chris Hemsworth (Thor himself). There some other known actors sprinkled throughout the film, but to tell you who they are would lead me to tell you who their character is, and to do that would give away a large chuck, if not all, of the surprise. So well leave that to be a mystery for the time being.

Many reviews you read for this film are not going to be very informative, because you can’t discuss it fully with someone who hasn’t seen it. 1). So that it doesn’t give away all the great twist the movie has to offer, 2). Whoever you are telling probably wont believe you anyway. Yes, it’s that insane. Yes, the film is scary but not terrifying. It is also hilarious fun with likable characters and a plot unlike anything you’ve seen before, even though the set-up and basic premise would suggest otherwise. This is all thanks to the minds of Joss Whedon (creator of Buffy the Vampire Slayer, Firefly and director of the upcoming Avengers movie) and Drew Goddard (writer of Cloverfield and Lost). These men know how to do pop culture right and how to get fans excited for their work. I hope to see these guys push the envelope more often, because when they do, it is something special. 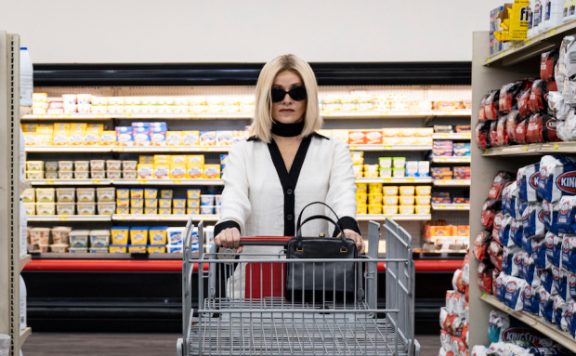 “The Cabin in the Woods” – Review by Christian Becker

The Cabin in the Woods Review By Christian Becker Joss Whedon’s The Cabin In The Woods is going to be such a difficult movie for me talk about, or for anyone to talk about. This thing is full of surprises and twists that it’s pretty muc...
0
Average User Rating
0 votes
Please sign in to rate.