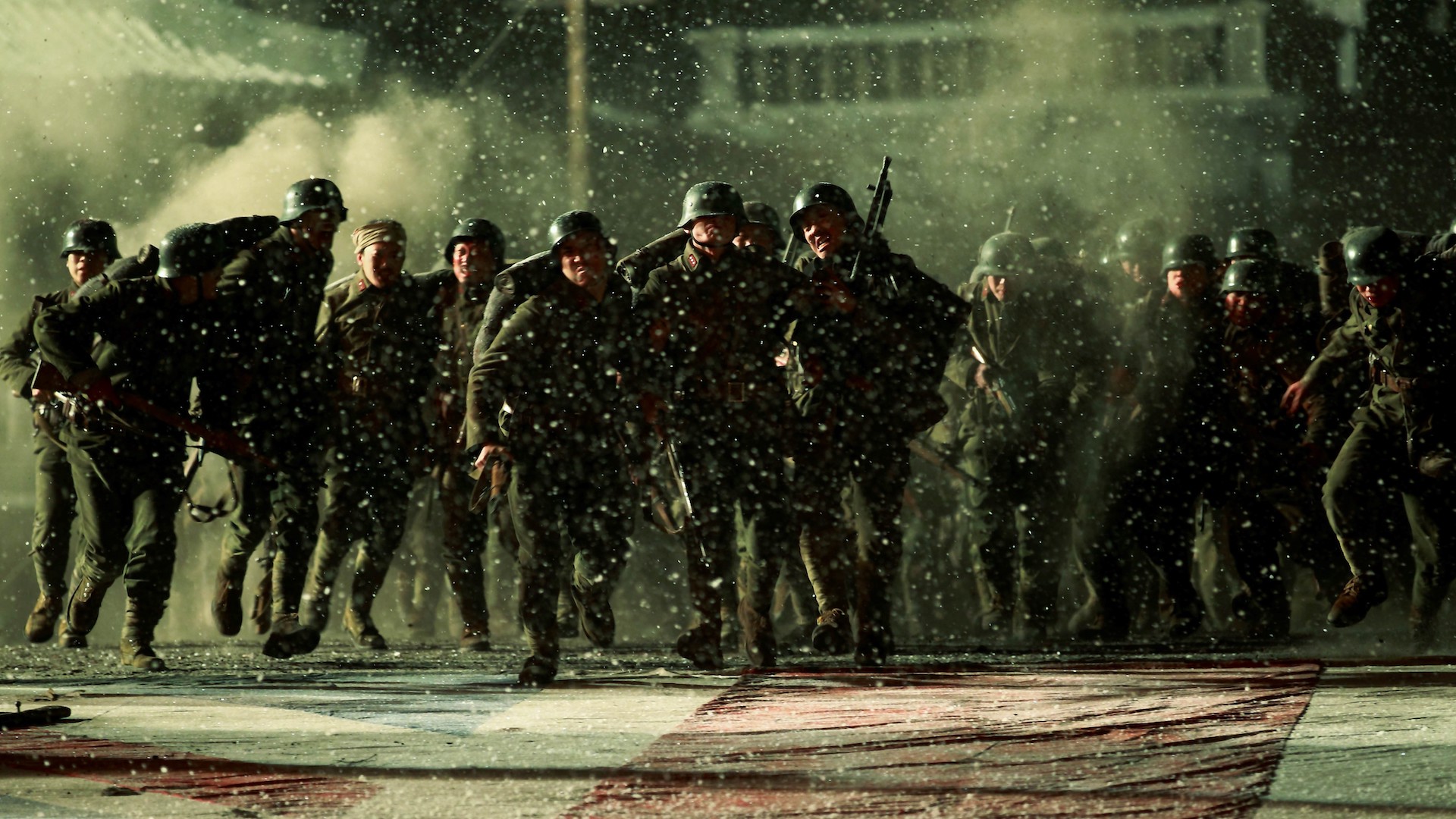 Whatever controversy prevented Guan Hu’s The Eight Hundred from releasing last year now appears forgotten. With almost $300 million in the bank for China, the profitable war drama shows no signs of slowing down. Expanding stateside just brings it closer to zeitgeist status. Honestly, there’s no shame in Hu’s IMAX blockbuster game. The historical epic is a refreshing throwback to ear-splitting war films brimming with patriotism, featuring reluctant heroes swayed by the call of duty. Sometimes what defines a nation for centuries is a momentary event in time. In the case of 1937’s Battle of Shanghai, four days defending the last remnant of an unoccupied Chinese territory forever symbolized the global superpower’s unshakable resolve.

It begins with bloodshed. Shielded by the dwindling National Revolution Army (NRA), brothers Lao Hulu (Huang Zhizong) and Xiao Hubei (Zhang Junyi) flee with their uncle to the sanctuary city of Shanghai. The Japanese occupation forced them to abandon their pastoral life. Now they trek toward coastal haven. Their safe passage is interrupted when Japanese soldiers return to sites they previously destroyed to massacre the remaining refugees. Only a few hundred, including the aforementioned trio, survive the ambush. Matters worsen when the family arrives at their destination and are mistaken for NRA deserters, a crime punishable by death. To avoid execution, they must help the NRA defend China’s last outpost until their dying breath. 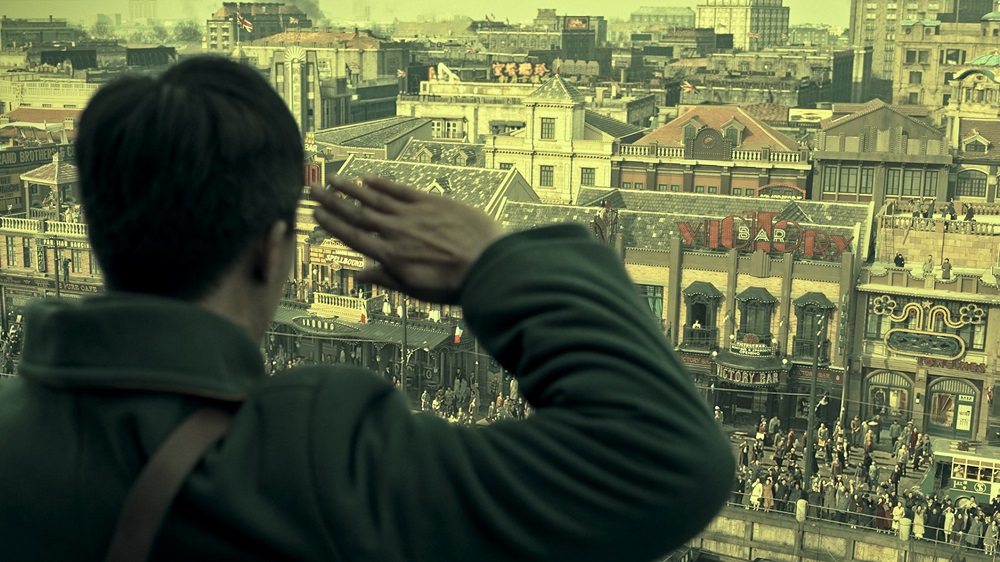 Pre-World War II, Shanghai was one of the few protected zones in the region. International concessions granted America, Great Britain, and France settlement control. To strike the metropolis would be an affront to Western nations, instigating a war that Japan cannot win at present. Instead, Japan takes the next best option. Destroying the final stronghold under Chinese jurisdiction — situated just outside Shanghai’s border but within spectator view — would send a shock wave of fear throughout the world. If Japan can completely eradicate one foreign adversary’s military force, it could repeat such domination.

From the onset, the odds were stacked against the Sihang Warehouse. Even Han Solo wouldn’t dare shoot first in this fight. Although embellished to the media as eight-hundred men, the actual number of defenders totaled 452 before the first engagement. Against 20,000 incoming Japanese forces, this is a David vs. Goliath match for the ages. However, The Eight Hundred illustrates how overwhelming national pride can work miracles when guided by faith.

Leading the charge is Lieutenant Colonel Xie Jinyuan (Du Chun), a clear-minded man who refuses to run a cult of jingoism. This is not about military bravado or stubborn pride — it’s about making sure there is value and purpose in human sacrifice. Chun’s brilliant performance brings assured confidence to the selfless struggle, convincing even the most skeptical viewer that every soldier killed in action — even using one’s own body for widespread destruction — dies with dignity. 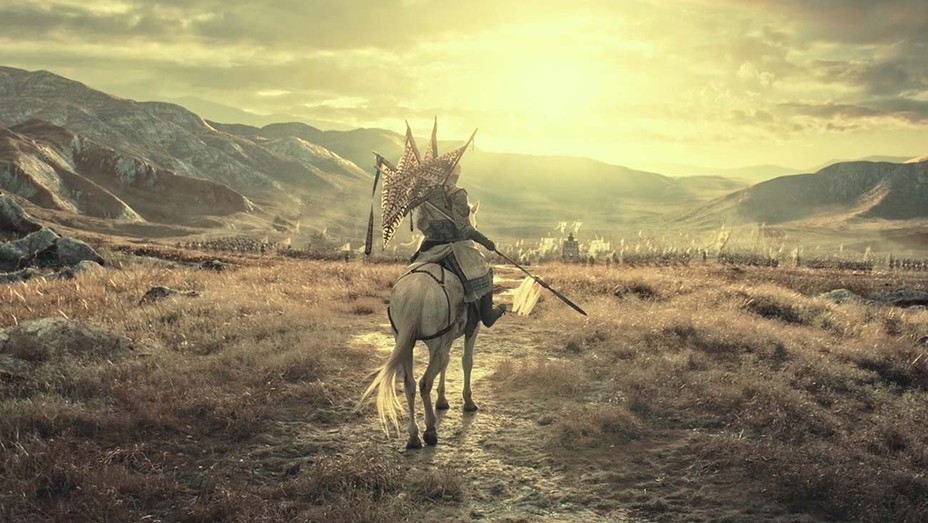 Hu’s writing is as impassioned as his directing. He highlights class disparity between enlisted men and the affluent members of Chinese society they die fighting for. For a motion picture representing a communist nation, this admittance is both revolutionary and vital. Moreover, between all the explosions and individual character arcs, there’s an underlying theme of shame.

Conversations between political and military leaders elicit admissions of guilt regarding China’s shifting values. No longer are its people, specifically, its army considered the backbone of the country. Political maneuvering is the new mark of prosperity, and there is no turning back.

With indelible flag imagery that rivals Saving Private Ryan, this recreation of one of history’s bravest last stands is a missile through the heart. A true “Alamo” showdown with a swig of Dunkirk, The Eight Hundred inspires as deeply as its action amazes. Still, it isn’t without occasional landmines. Certain score elements oversell the flag-waving spirit, and the abrupt ending weirdly expresses exhaustion instead of resilience. The extraneous acting from the European and American performers is also better left unspoken. Ultimately, China’s box office smash looks back at its darkest days with vivid reverence. 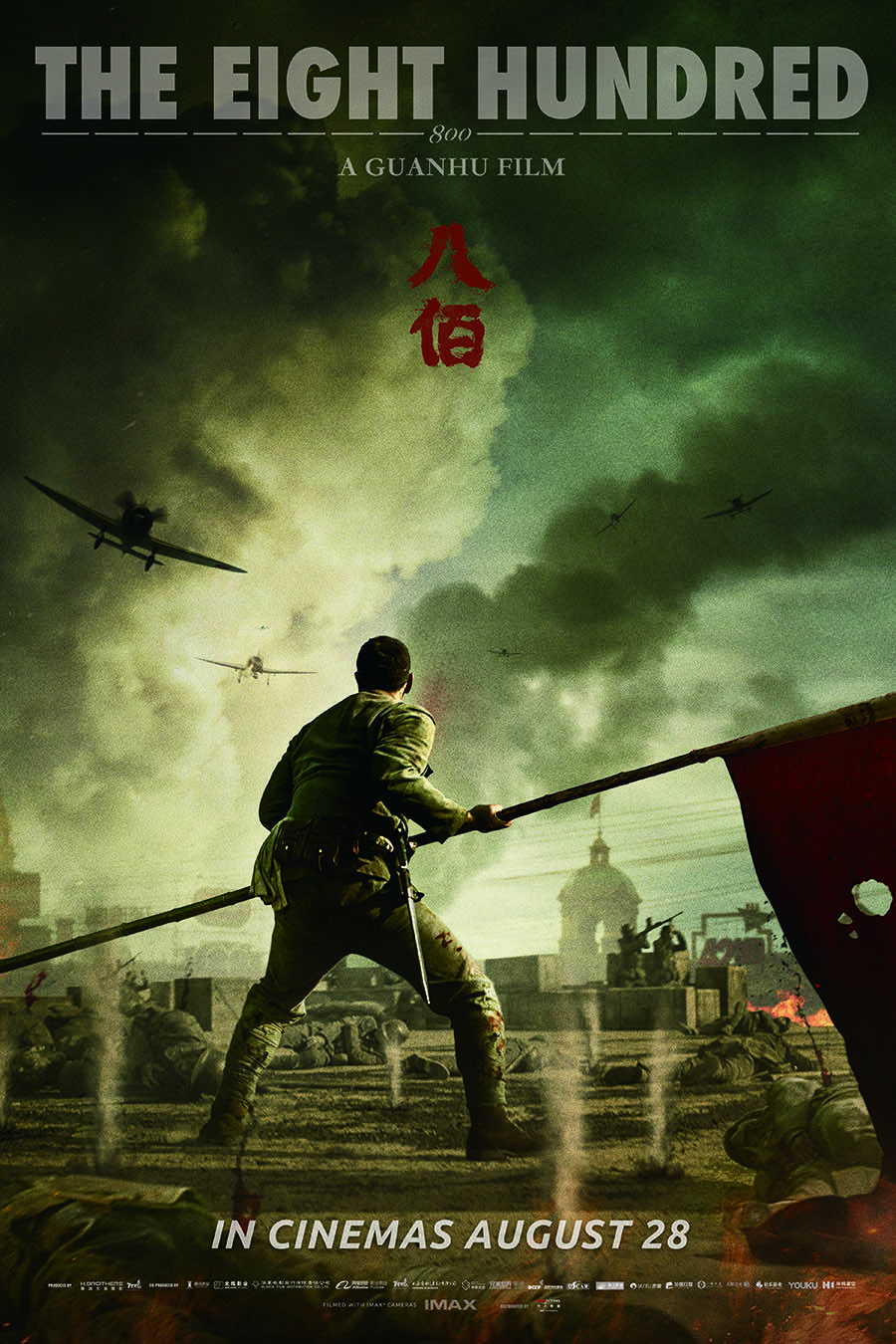 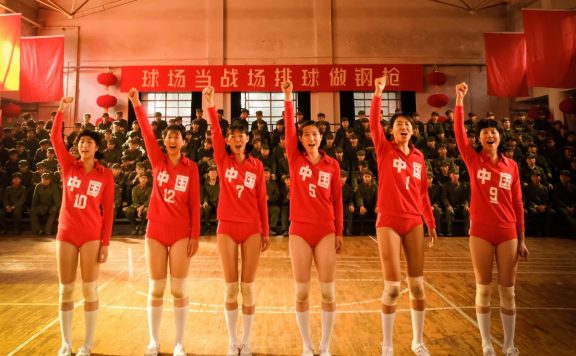 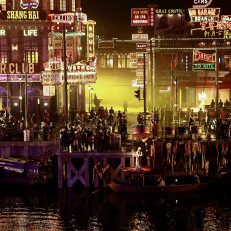 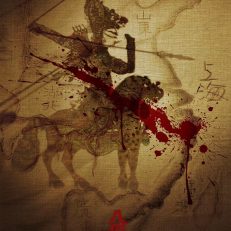 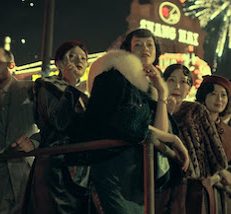 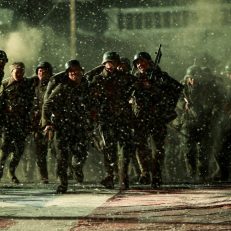 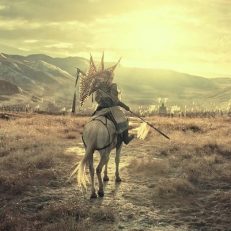 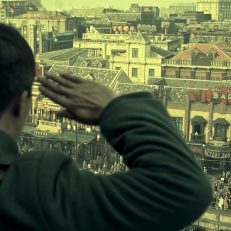