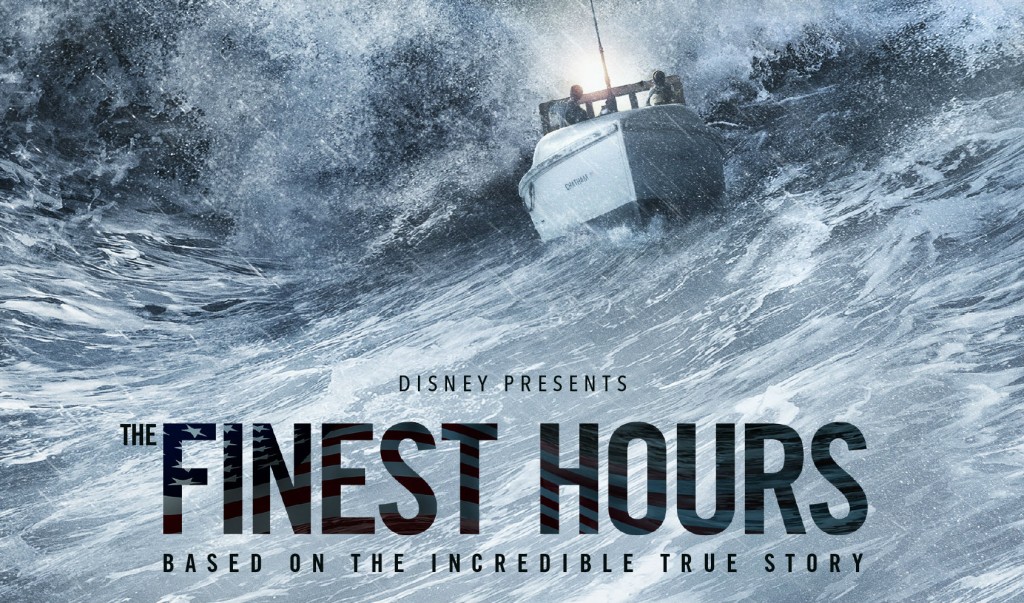 The Finest Hours is the heroic tale of four men heading to sea to rescue a broken ship during a Nor’easter in New England in 1952.

Starring Chris Pine, Casey Affleck, Ben Foster, Eric Bana and Holliday Grainger, The Finest Hours is the incredible story of the most daring rescue mission in US Coast Guard history. When no one else would, Bernie Webber (Pine) set out with three men, Andy (Kyle Gallner), Ervin (John Magaro), and Richard (Ben Foster) to save half of the sinking ship, The Pendleton, off of Cape Cod. 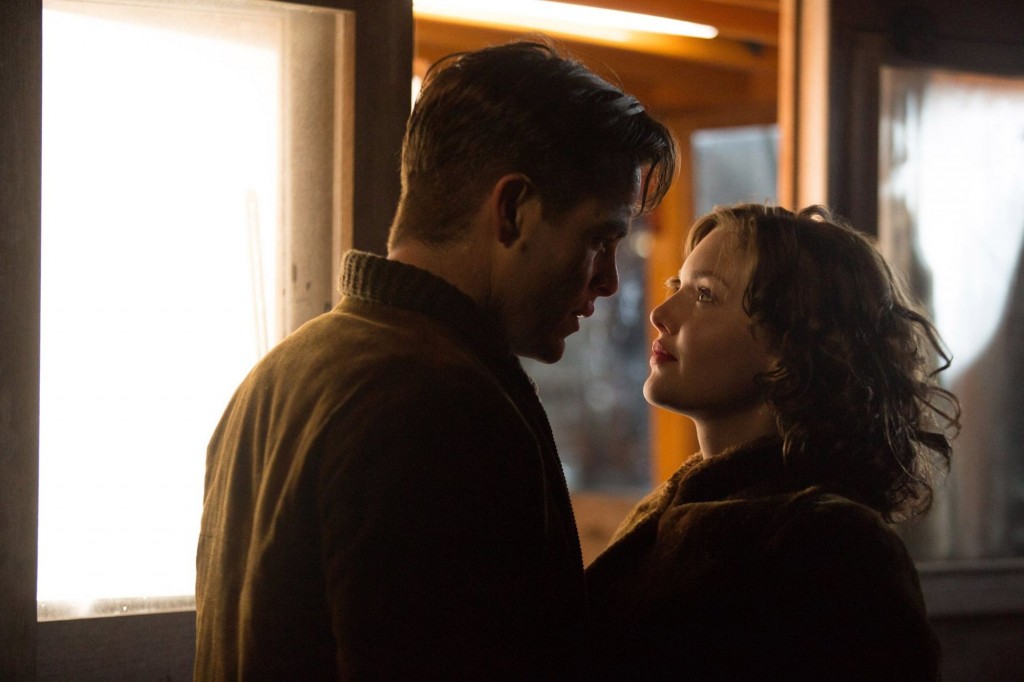 Back on land, Bernie’s fiancée, Miriam (Grainger) was waiting for him and hoping that he would return. She argued with his superior, Cluff (Bana) to bring him back in, but he refused. All she could do was wait with the rest of the town and hope for the safe return of her fiancé. 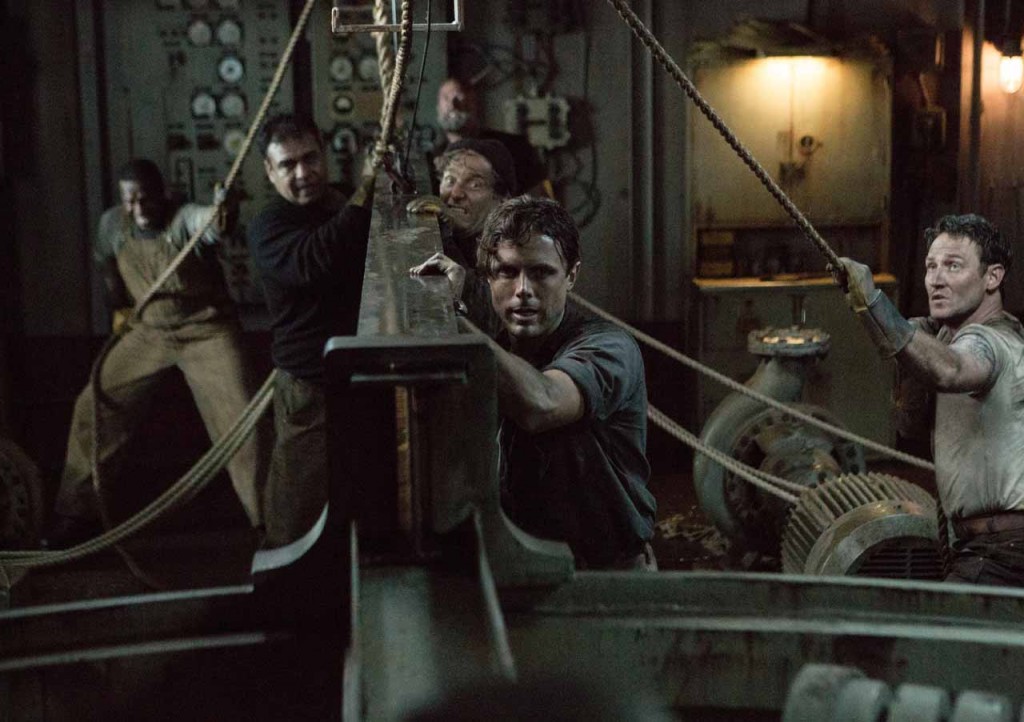 Ray Sybert (Casey Affleck) was the least liked man on the Pendleton but he knew it better than anyone. The ship had broken in half and with the help and expertise of Sybert, was miraculously and heroically steered to a sandbar where it would await rescue. With another ship reportedly suffering the same fate, the crew waited unknowingly, if help would ever arrive.

This film was a joy to watch. The story was incredibly engaging and kept you on the edge of your seat. Chris Pine was wonderful as Bernie. His accent was spot on and his performance had such power in silence. He wasn’t a man of many words and didn’t overact any of the scenes where it would’ve been really easy to do so. The supporting actors were great as well. Holliday Grainger was wonderful as his fiancé, Miriam. She was a spitfire and played a wonderfully strong willed woman. Casey Affleck played the awkward outsider very well, with the exception of a few scenes, where it was a little overacted. 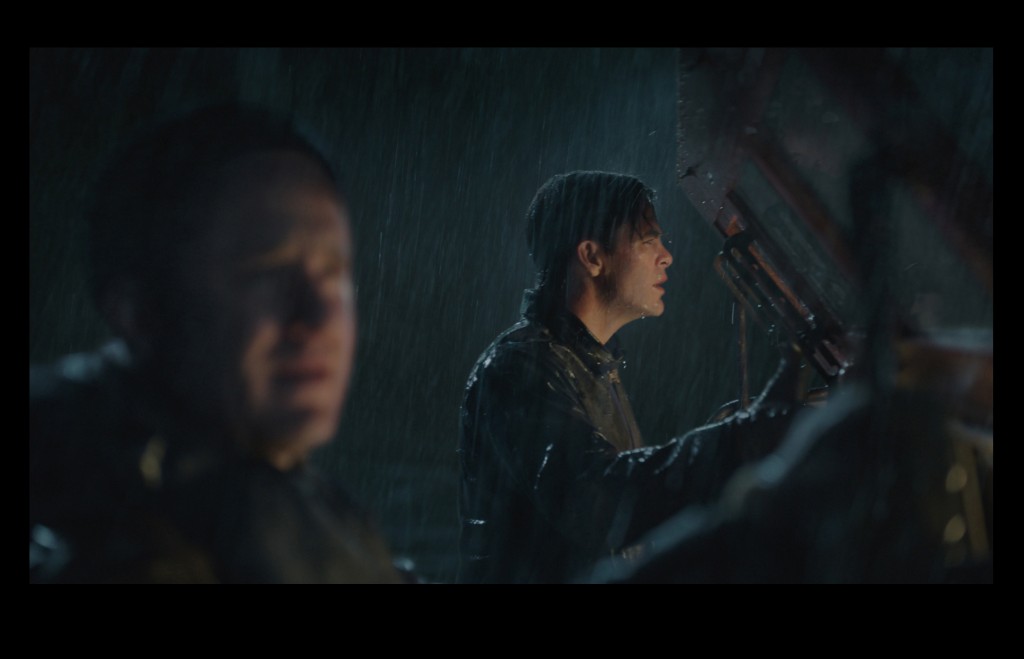 Chris Pine stars as Captain Bernie Webber in Disney’s THE FINEST HOURS, the heroic action-thriller presented in Digital 3D (TM) and IMAX (c) 3D based on the extraordinary true story of the most daring rescue mission in the history of the Coast Guard.

Visually, the film was beautiful. The CGI with this film is what I expected when I saw In the Heart of the Sea. The water was so realistic and terrifying. It was very well done. The beautiful snow in the film was done really well and done in 3D, added another sense of depth to the film. There is one scene in particular where they slow down the speed and show the men being battered by the ocean water. The way that director Craig Gillespie captured the boat being tossed about in the water and going through waves is pretty incredible. It really puts you in the film and makes you realize how physically assaulting their journey was and how exhausting and cold it must have been. I don’t know if it is really necessary to see the film is 3D, but in my opinion, it sharpened the images, especially when in the water.

Overall, this film is a good movie with a great story that you can hardly believe ever happened. The performances by the actors in the film are well done and add the real human element needed to tell this story. 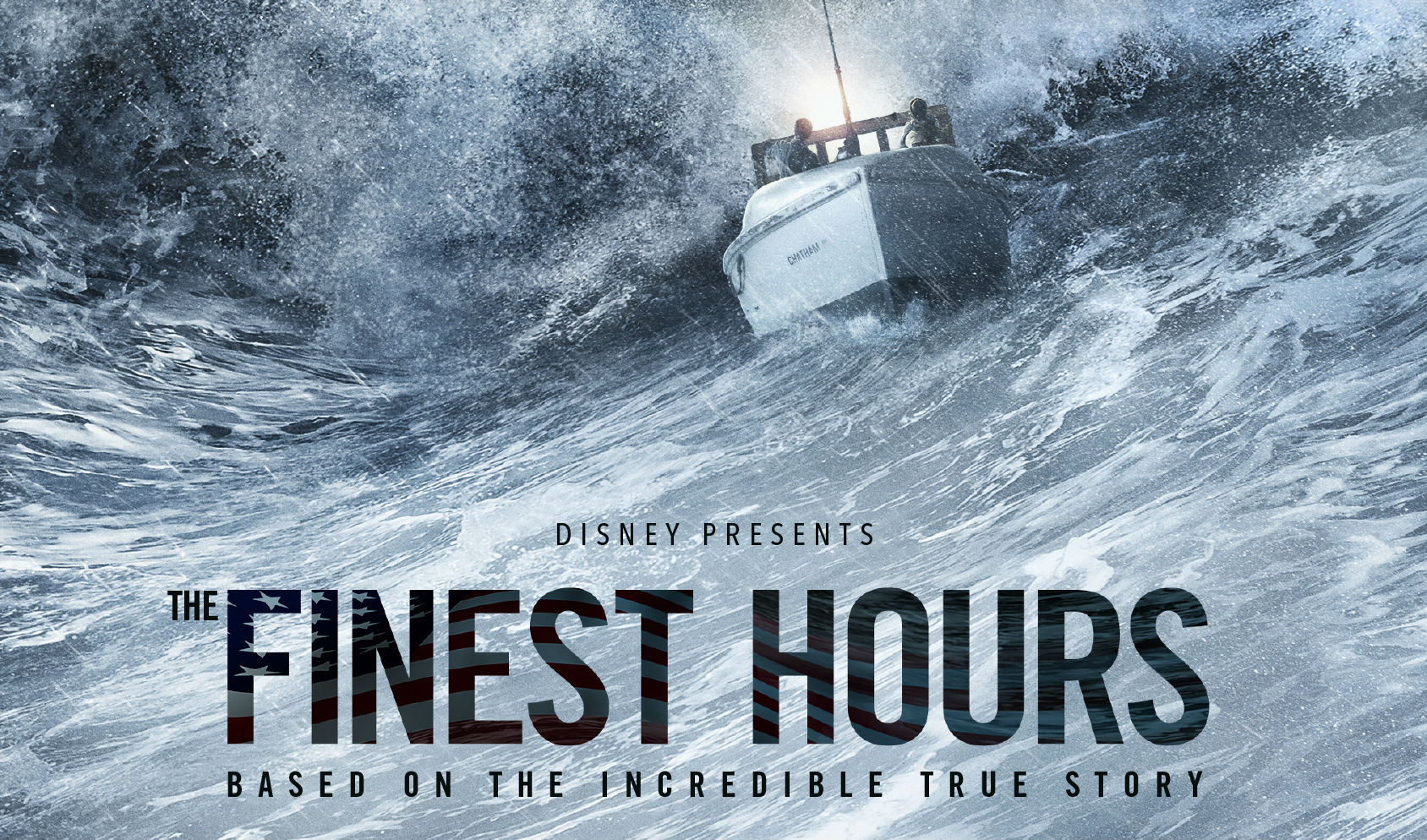 The Finest Hours Review by Ashley Menzel The Finest Hours is the heroic tale of four men heading to sea to rescue a broken ship during a Nor’easter in New England in 1952. Starring Chris Pine, Casey Affleck, Ben Foster, Eric Bana an...
0
Average User Rating
0 votes
Please sign in to rate.