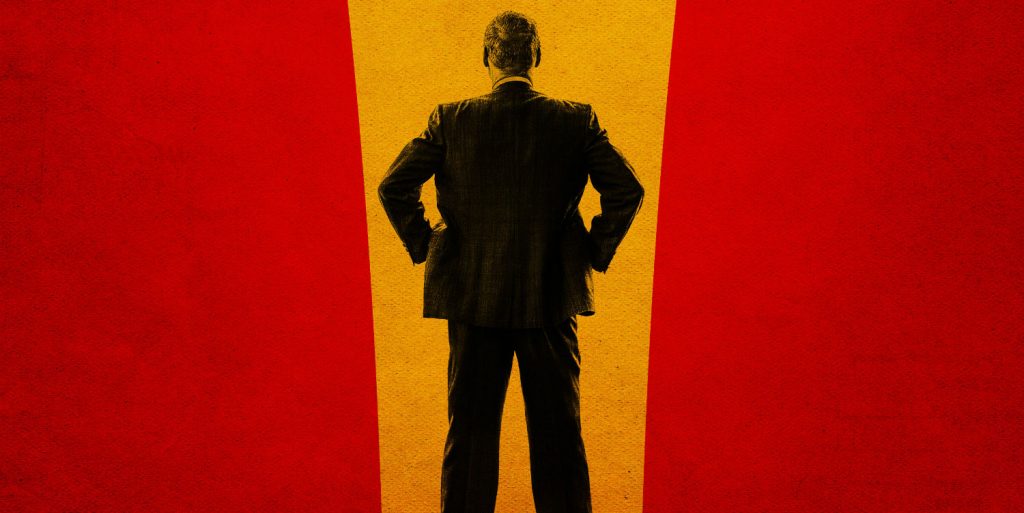 Review: The Founder Finds It’s Way As One of the Best Films of Year.

As mentioned in my Patriots Day review from last week, there are so many films based on or inspired by a true story. With so many films based on actual events or a person’s life, there needs to be something about the film that stands out from the rest to make it noteworthy or memorable. The Founder is one of those stories. It is a riveting biopic featuring a career-defining performance by Michael Keaton making this film one of the most worthy candidates for some award season love.

The Founder tells the fascinating true story of Ray Kroc (Michael Keaton), a traveling salesman from Oakpark, Illinois. Ray has spent most of his life pitching various products to business owners, but none have ever amounted to anything substantial. While on the road pitching milkshake mixers to various restaurants, Ray stumbles upon a burger stand in San Bernardino, Calfornia that has just placed an order for six mixers. Stunned that anyone would order more than one, Ray drives to San Bernardino to see the operation for himself. When he arrives, he sees a restaurant, unlike anything that he has ever seen before. Ray sees McDonald’s, a new kind of fast food restaurant where anyone can order a burger that will be ready to eat in under 30 seconds.

Intrigued and curious to learn more about the operation, Ray meets with Mac (John Carroll Lynch) and Dick McDonald (Nick Offerman), the two brothers that own the McDonald’s. Mac and Dick share their story about how they planned the restaurant and how it quickly became an overnight success. Determined that McDonald’s can be the first great fast food franchise, Ray pitches his idea to the brothers. While initially hesitant to let Ray become part of the business, Mac and Dick decide to write up a contract giving Ray the right to sell McDonald franchises, but only if he adheres to the strict details as outlined in the contract. 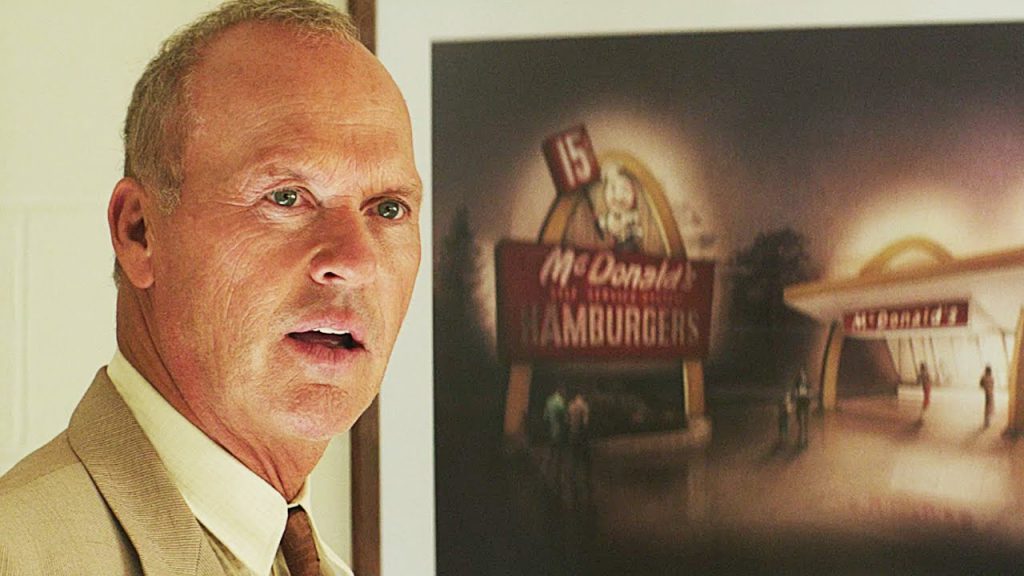 I have been dying to talk about The Founder since I walked out of the theater after seeing it. It is easily one of the best films of 2016, and if it weren’t for La La Land, it would be my pick for the best film of the year. The Founder is the type of film that will stick with you for days after watching it. It makes you want to talk to others about it. This is a film that I believe should be nominated for Best Actor, Best Supporting Actor, Best Screenplay, Best Director, and Best Picture at the Golden Globes and Academy Awards.

The reason why The Founder is such a terrific experience is that everything about the film works to its advantage. The cast, the story, the direction, the music, and the cinematography all blend flawlessly. The script by Robert D. Siegel is engaging, entertaining, and interesting. Every scene feels perfectly paced, placed, and timed. There is never a dull moment and as the story unfolds you can’t help but become more invested (and probably a bit disgusted) with the story of how Kroc went from this small town traveling salesman to becoming the owner of one of the biggest and most profitable franchises in the world.

Michael Keaton has become an unstoppable force in Hollywood ever since his return as a leading man in 2014’s Birdman. As Ray Kroc, Keaton continues to amaze and delivers his finest performance to date. This role demonstrates what a tour-de-force performance looks like. Keaton completely disappears into this role and becomes the smooth talking Ray Kroc. His performance is mesmerizing because he sells the audience on Kroc’s dreams and ambitions early on. As a viewer, you initially root for Kroc because he seems like an average guy that just happened to stumble upon a great opportunity. We see him as this dedicated and hard working man that is trying to sell himself as well as his belief in the McDonald’s brand. Kroc doesn’t come off as a bad guy but rather just a regular Joe looking to achieve the “American Dream.” 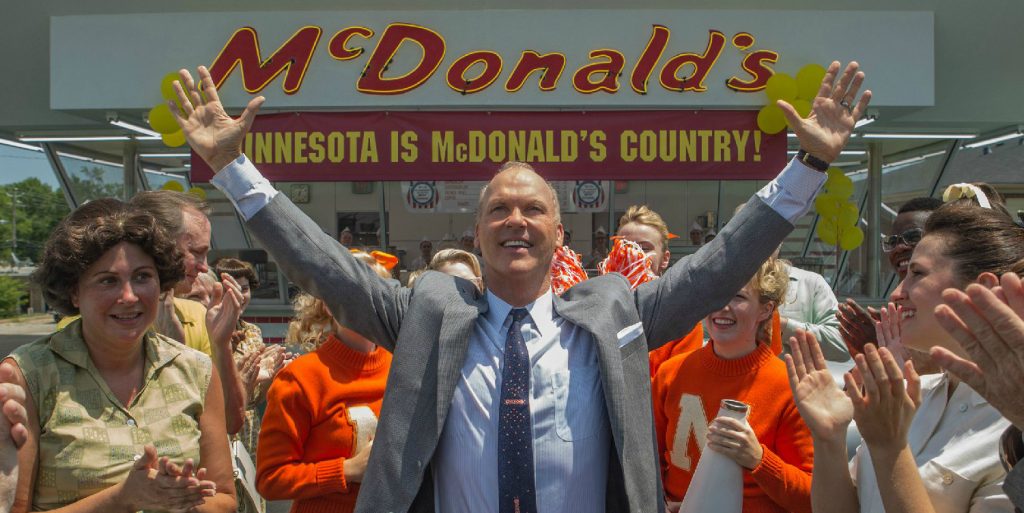 However, about halfway through the film, Kroc begins to show his true colors. Greed takes over, and he becomes obsessed with making McDonald’s work no matter what it takes. Even though I didn’t expect this to be a heartwarming tale, I was shocked by how relentless Kroc was with his actions. Ray Kroc becomes a ruthless man that was so persistent that he couldn’t be stopped. The film captures this personal transition perfectly as well as how Kroc treated those in his life including his wife Ethel (Laura Dern).

Keaton’s performance mixed with Siegel script created this winning formula. There are so many speeches or “sales pitches” that Keaton delivers with such conviction. There are four or five of these “pitches” which are so well-crafted that I honestly felt like clapping after hearing Keaton deliver them. There is one scene in particular where Kroc pitches the idea of franchising McDonald’s in every town in America. Kroc compares McDonald’s to churches and courthouses because they all have symbols that stand out. He discusses how the churches have the Holy Cross, the courts have the American flag, and McDonald’s have the Golden Arches. The way that Keaton delivers his lines is just stunning.

Sharing the screen with Keaton are several well-known actors including Nick Offerman, John Carroll Lynch, Laura Dern, Patrick Wilson, Linda Cardellini, and B.J. Novak. The supporting cast members all deliver terrific performances with the standout supporting roles coming from Offerman and Lynch as the two brothers that take a chance on Kroc. Offerman, who I adore as Ron Swanson, completely becomes Dick McDonald. He is more of a hot head compared to his brother Mac. Lynch is great as the hopeful brother trying to support the business and his brother’s dream. These two actors have some great moments together including a series of phone calls where Kroc ends up hanging up on each them out of frustration.

Director John Lee Hancock and cinematographer John Schwartzman‘s collaboration will make audiences believe they are watching a film that was shot in the 50s and 60s. The sequence where Ray walks up to the McDonalds window for the first time feels like a genuine moment that a person would have had in that era. The moment we see Ray sitting down to eat his McDonald’s hamburger for the first time feels as shockingly realistic as are the people sitting around him. The production design, costume design, and sets all fit the period and add to the overall experience.

The Founder is without question one of the best films of the year. It is well-acted, directed, and written. The nearly two-hour runtime flies by as the viewer is deeply engaged with the story and the lives being shown on-screen. The Founder should earn Keaton yet another Oscar nomination and I hope he wins. The film ultimately shows the harsh reality of what it is like to work with someone who becomes obsessed with fortune and achieving his dream. I love how the script wasn’t afraid to capture how the McDonald brothers were so naive and how no one saw Kroc for who he truly was. In the end, The Founder might not be the feel-good film of the year, but it is probably one of the most brutal and honest depictions of corporate greed ever captured on film. 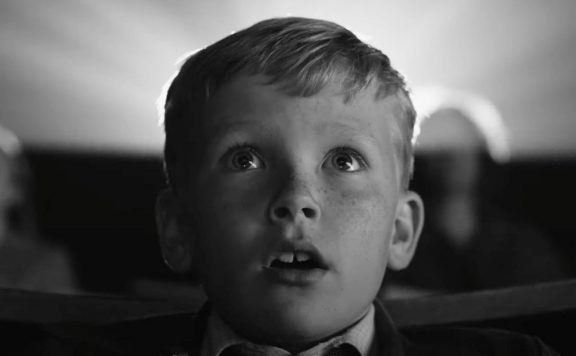 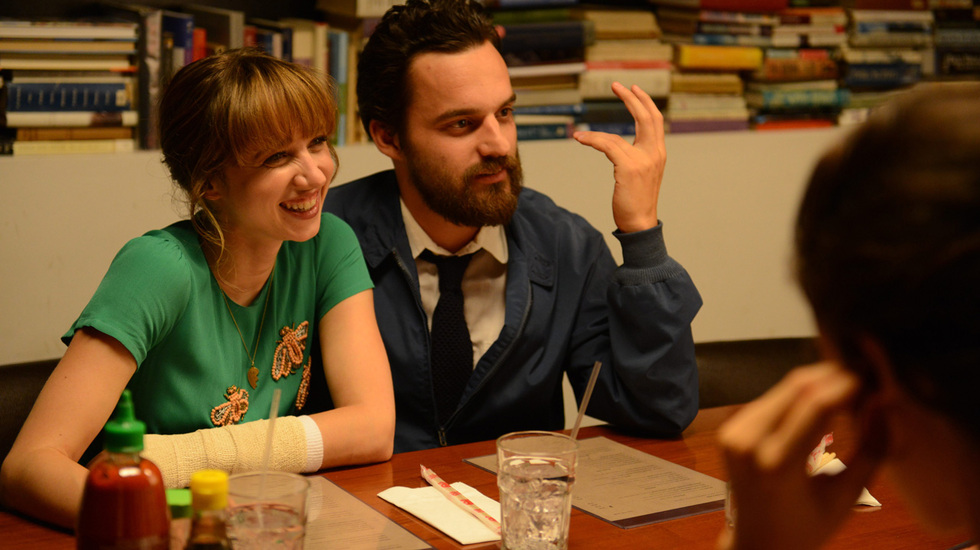 Review: ‘The Founder’ Finds It’s Way As One of the Best Films of Year.